PARTICIPATE IN COMPETITIONS ACROSS BC

Use the dropdown menu below to find all the information about British Columbia’s coveted Provincial competitions including BC Rugby Club Finals, Regional Cups, the Provincial Regional Championships and Western Canada Championships. 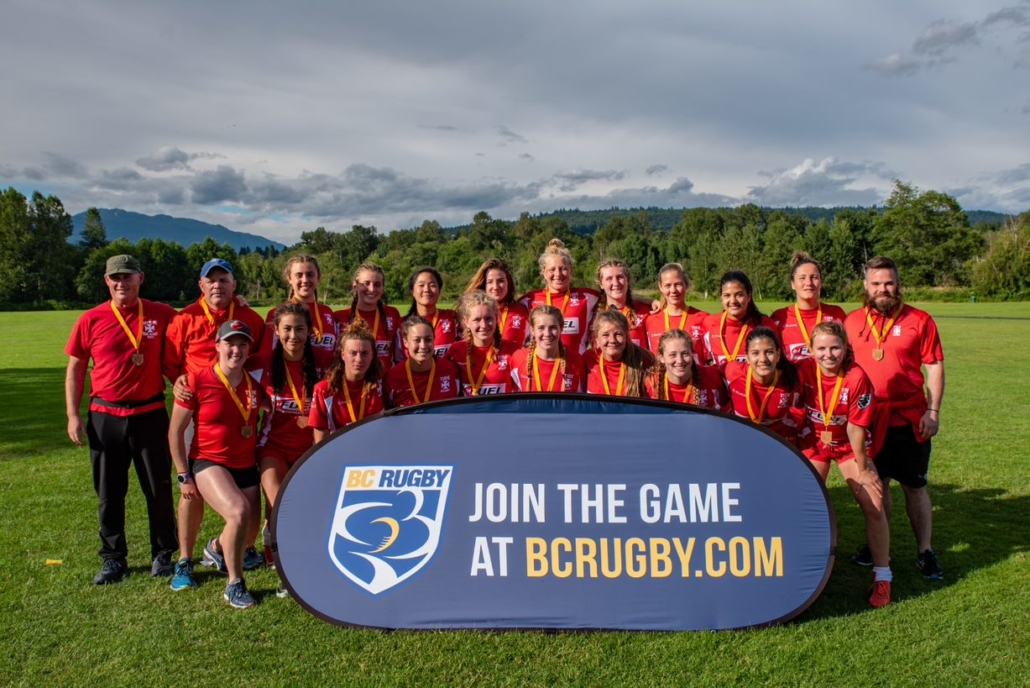 The all-important BC Rugby Club Finals are the climax of the Senior and Age-Grade Club Rugby seasons in British Columbia. After a gruelling and competitive regular season and Play-Off schedule, two teams from each respective BC Rugby league face off for the honour of being crowned champions.

Each of the eight divisions in both the Men’s and Women’s Leagues throughout the Province has a trophy and title that is awarded each year at the action-packed BC Rugby Club Finals – from Division 3 to Premier Divisions.

This is a day stuffed to the brim with electrifying Rugby action as the top two teams from each divisional playoff battle it out one last time to determine which club will be showered in glory.

For club supporters, this is fever pitch, where nerves and emotions range. For those with no Club allegiance or anyone new to the sport, it is a fantastic day of sporting spectacle, watching the very best in Men’s and Women’s Club Rugby do what they do best.

The competitions pit the top athletes from each region against one another in Senior Men, Senior Women and U23 Men groups.

Senior Men compete for the McKechnie Cup, one of the oldest contested trophies throughout British Columbia and Canada. Dating back to 1896, the trophy was donated by Nanaimo physician Dr. Robert McKechnie and was originally contested by clubs from Vancouver, Nanaimo and UBC.

U23 Men’s Teams face off for the Dunbar Keg, one of the highest accolades in regional Rugby. As well as the honour of lifting silverware, players will be hoping to impress to improve their chances of being selected to out Provincial Representative Team, the BC Bears.

These competitions traditionally follow the completion of the BC Rugby Senior Club season in May.

Regional rivalries reach their apex during this famous BC Rugby weekend as the best youth Rugby players in BC suit up for their respective regional 15s (XVs) teams.

The history of regional representative Rugby in British Columbia stretches back well over a century, with thrilling matches between Senior Men’s teams from the Mainland and the Island leaving a legacy. That tradition has been extended in recent years to include Age-Grade Boys’ and Girls’ teams, with Rugby players from all corners of the Province given a chance to represent their region and earn selection to Provincial teams.

For emerging Rugby stars, this tournament presents a perfect opportunity to impress any watching BC Rugby Age-Grade XV Team Coaches and make a bid for Provincial Representative selection to the BC Bears.

All players must be registered to play in the Provincial Regional Championships. Any players who have not registered through a club needs to follow the steps to Register. Coaches and Managers should register as full coaches/managers.

The Western Canada Championships (WCC) is an exciting event of Age-Grade Rugby that sees Boys’ and Girls’ U16 and U15 XVs Teams from British Columbia go head-to-head with teams from Alberta, Manitoba, and Saskatchewan.

The tournament has the goal of developing youth talent from each of the Western Provinces, with a focus on maximising player involvement while expanding horizons for young athletes.

Reach out to Rugby Development Officer (RDO) Darcy Patterson for more information and advice at dpatterson@bcrugby.com

The WCCs usually coincide with the Best of the West Senior Men’s tournament in July.