The women’s and men’s teams have joined forces under one roof, making the 2023 tournament BIGGER AND BETTER than ever!

Demand for tickets is expected to be high, and fans are encouraged to purchase early to secure the seats they desire.

If you have any questions or inquiries, please email tickets@canadasevens.com or call 604-355-5330. 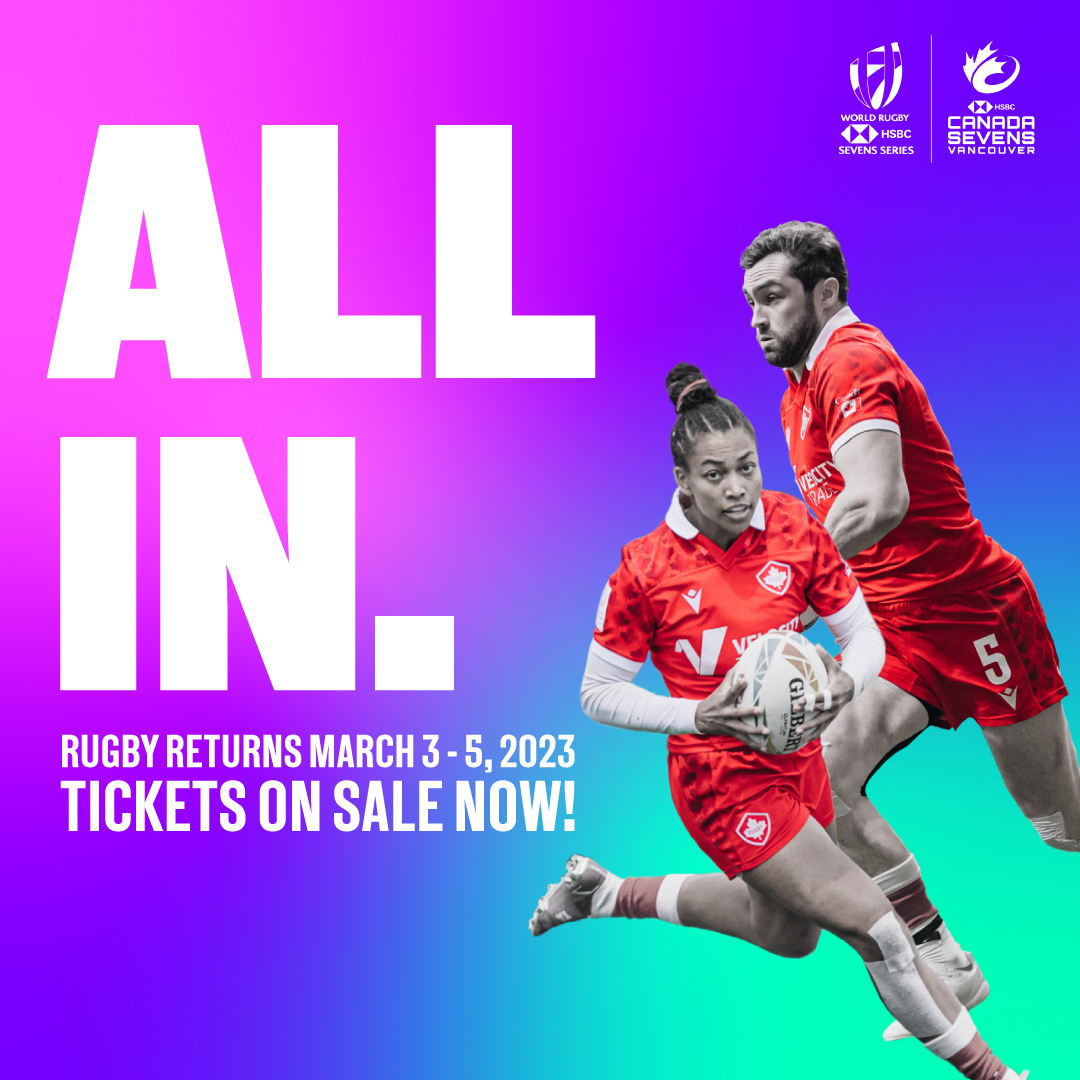 Don’t Miss Out On An Epic Event!

The 2023 tournament will mark the 8th time that the HSBC World Rugby Sevens Series has visited Vancouver, but it will be the first-time full Men’s and Women’s Series tournaments will be run concurrently as part of the event. This has lengthened the event to include a Friday schedule, with 28 teams playing 79 total matches and two Cup Champions being crowned!

Tournament pass prices for the 2023 event start as low as $139 for a three-day General Admission tournament pass (for groups of 10 or more). The per seat fee for Subscription Ticketholders has also been removed this year.

Tournament passes are supplied in the form of three tickets, one for each day of competition, and tickets are fully transferable. New for 2023, fans will have the option of a payment plan for their tournament pass, allowing them to pay in installments leading up to the event.

If a purchaser is unable to utilize one of the tickets of their tournament pass, HSBC Canada Sevens is proud to partner with Kids Up Front Vancouver who accept ticket donations to enriching experiences like sporting events and provide them to deserving children and youth in the Greater Vancouver area. Tickets must be donated in minimum pairs and are eligible for a charitable tax receipt.

Single-day tickets, if available, will go on-sale mid-January, 2023. Once announced, the on-sale date will also mark an increase in tournament pass pricing in the Sideline, Reserved and General Admission categories, so fans are encouraged to secure their tickets early. Included in the single-day on-sale will be a new Youth ticket for young fans aged 18 and under. Youth 1-day tickets will be available for Sunday, March 5th at the low price of $35.

As part of continued efforts to build on its first-in-class experience for fans and achieve a goal of becoming the greenest stop on the HSBC World Rugby Sevens Series, the tournament will continue to feature mobile-only tickets, similar to other sporting events at BC Place. Ticketmaster’s Account Manager platform will provide fans with a safe and secure method to purchase and transfer their tickets.