The Gerald McGavin Coaching Award, administered in partnership between BC Rugby and the Canadian Rugby Foundation, recognises Rugby Coaches from British Columbia who play a significant role in shaping young athletes both on and off the field.

Gerald McGavin is a former BC athlete who represented his province against world-renowned sides including the Barbarians, Australia, British & Irish Lions, and New Zealand Universities. Now a Member of both the Order of Canada and Order of BC, McGavin created the Award because of his love for the sport and to acknowledge the role Rugby played in shaping his life.

A current coach coaching in the province of British Columbia who is: 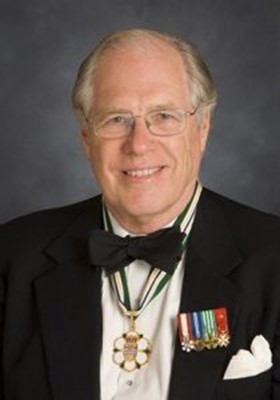 Gerald was an extremely talented Rugby player and he acknowledges that many of his Coaches had a very positive influence on him growing up. He started playing Rugby at Shawnigan Lake School on Vancouver Island where he was coached by the famous Derek Hyde-Lay.

Hyde-Lay proved to be one of the Coaches who made a significant impact on Gerald’s life, both on and off the field. Gerald continued playing rugby at the University of British Columbia,  where he would earn a Bachelor of Commerce. While studying at UBC, Gerald won his first selection to represent the Senior Men’s Provincial Team. He would go on to play for his province on numerous occasions from 1957 to 1962 against teams like the Barbarians, Australia, Eastern Canada, the British Lions, and New Zealand Universities. He would also earn a selection to represent Canada on a tour of Britain. Unfortunately, Gerald would have to decline the selection due to the time commitment of being away with the team for three straight months.

The UBC community welcomed its latest addition when the Gerald McGavin UBC Rugby Centre, located near West 16th Avenue and East Mall on the Point Grey campus, was officially opened in 2013. The $2.5 million facility has change rooms, offices, storage space, and bleacher seating for 300 spectators. It also features a Clubhouse lounge for use by alumni, students, and sport groups as well as the Department of Athletics and Recreation.

Outside of Rugby, Gerald has been a leader in the business, professional and cultural community of Vancouver and the Province of B.C. for almost five decades, serving as a Director for a number of for-profit and not-for-profit organizations. Gerald and Sheahan McGavin have been very generous philanthropists, supporting the arts as well as many other cultural and health-related campaigns. Gerald was awarded an F.C.A. in 1990 in recognition of the service and honour he brought to the accounting profession.

Gerald’s involvement with the establishment of endowment funds for a wide variety of organisations across the Province stimulated the creation of something unique that would provide recognition of Gerald’s service to so many areas of his life.

Due to his love of Rugby, the Gerald McGavin Coaching Award has been created to recognise those Rugby coaches who go above and beyond by reaching out to players not only as athletes but also as a positive influence on their lives outside of Rugby.

Rugby Coaches can play a significant role in shaping the minds of young athletes both on and off the field, and the recipients of these awards will have done just that.