British Columbia Rugby Union, commonly known as BC Rugby, is the recognised governing body for Rugby union in the province of British Columbia. We are a Not-For-Profit organisation and one of 60 Provincial Sport Organisations (PSOs) to receive funding from the Provincial Government. Prior to the COVID-19 pandemic, we welcomed over 8,000 individuals to the game and registered 61 community rugby clubs across British Columbia.

Click on the topics below to learn more about us:

BC Rugby in Numbers

BC Rugby is overseen by a Board of Directors that are elected at the Annual General Meeting by the Voting Members, in accordance with BC Rugby Bylaws. The Board appoints several Committees to advise and support them. These are the Competitions Committee, Appeals Committee, Discipline Committee and Adjudicative Committee.

Through wide-ranging consultation, the Board of Directors sets a Strategic Plan which the CEO is responsible for operationalising and resourcing and reports annually. 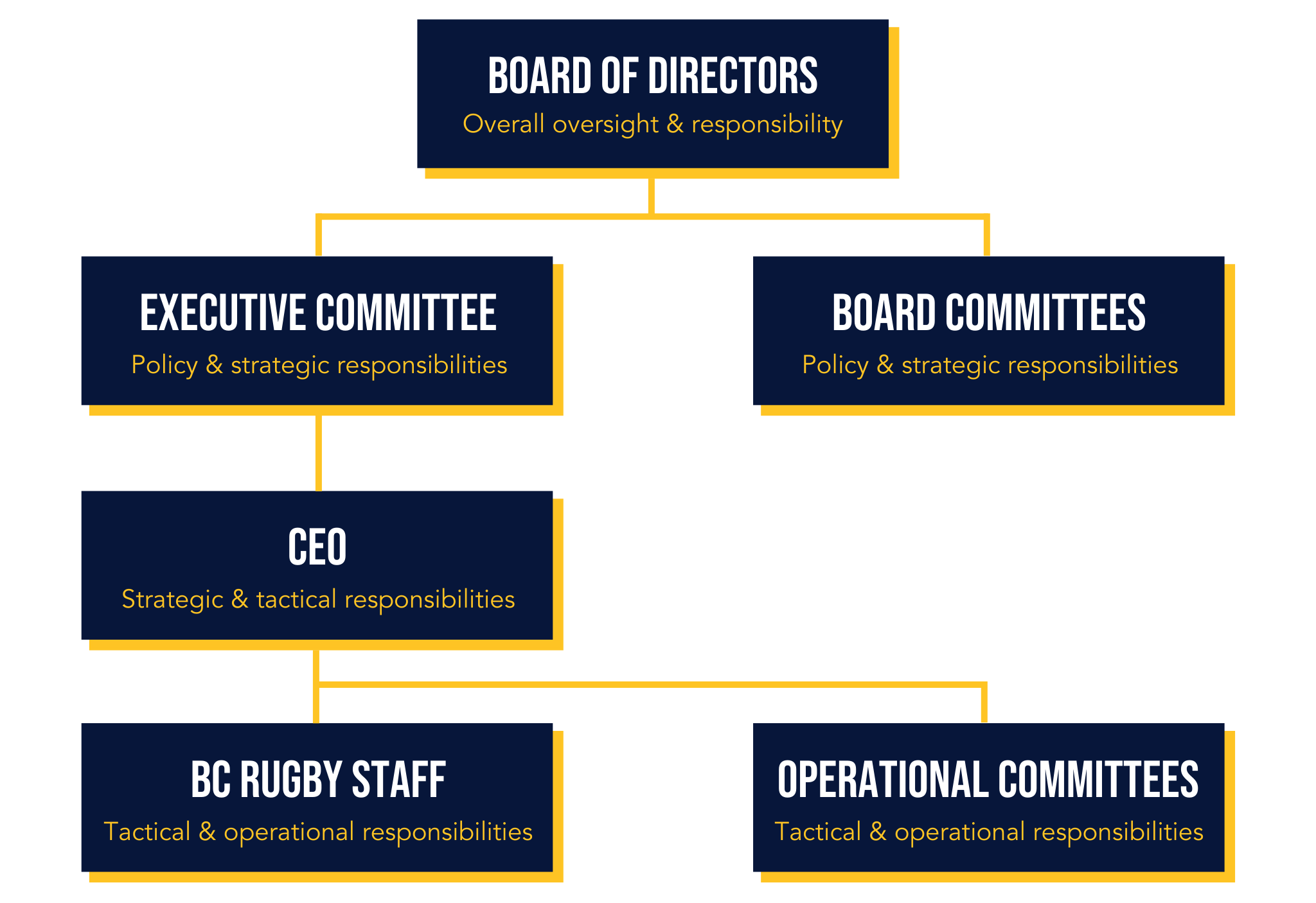 BC RUGBY IN NUMBERS

British Columbia has a rich Rugby history and is widely acknowledged for its diverse Rugby community.

The British Columbia Rugby Union was officially formed in 1889 in New Westminster and, across three centuries, has overseen remarkable growth in both the men’s and women’s game.

Clubs based in British Columbia began touring parts of western America as early as 1893. Rugby’s seven-a-side format was first played in Vancouver in 1956 and continues to be a popular format throughout the Province today.

For over 130 years, British Columbia has attracted many Rugby heavyweights to the Province. It has been the perfect touring location for nations and teams such as the All Blacks, New Zealand Maori, Japan, Australia, England, British Lions, Scotland, Barbarians and Fiji.

The 1980s was a pivotal period for Rugby in British Columbia and saw huge growth across women’s rugby, mini rugby for boys and girls, and age-group Championships throughout the Province.

BC Rugby also has a deep relationship with Rugby Canada. The Province has proudly seen many of its male and female players represent Canada at International and Olympic level over the years, culminating in a bronze medal for the women’s Rugby Sevens team at the 2016 Summer Olympic Games in Brazil.

BC Rugby is committed to leading by example, treating all individuals with respect and consideration, and providing an organisation, community and environment that is welcoming, safe and supportive for all individuals to enjoy Rugby.

Our four Core Values are:

Individual Members and Member Organisations, including everyone that participants in BC Rugby activities, competitions or events are bound to abide by the Code of Conduct. You can learn more about BC Rugby’s Core Values in our Code of Conduct on the BC Rugby Policies Page.