BC Rugby is pleased to announce the BC Bears Selects Men’s 7s travelling roster that will compete at the 2022 SummerFest Rugby 7s Tournament in Kelowna on July 30-31, 2022.

Taking place at Kelowna’s City Park, the SummerFest Rugby 7s event will see teams from BC and Alberta descent on the Okanagan for two days of action-packed, competitive Rugby.

In attending this tournament, athletes representing BC in Kelowna will put themselves further forward for selection to a finalized BC Bears Men’s 7s team that will compete at the Rugby Town 7s in Glendale, Colorado, on August 17-21, 2022. 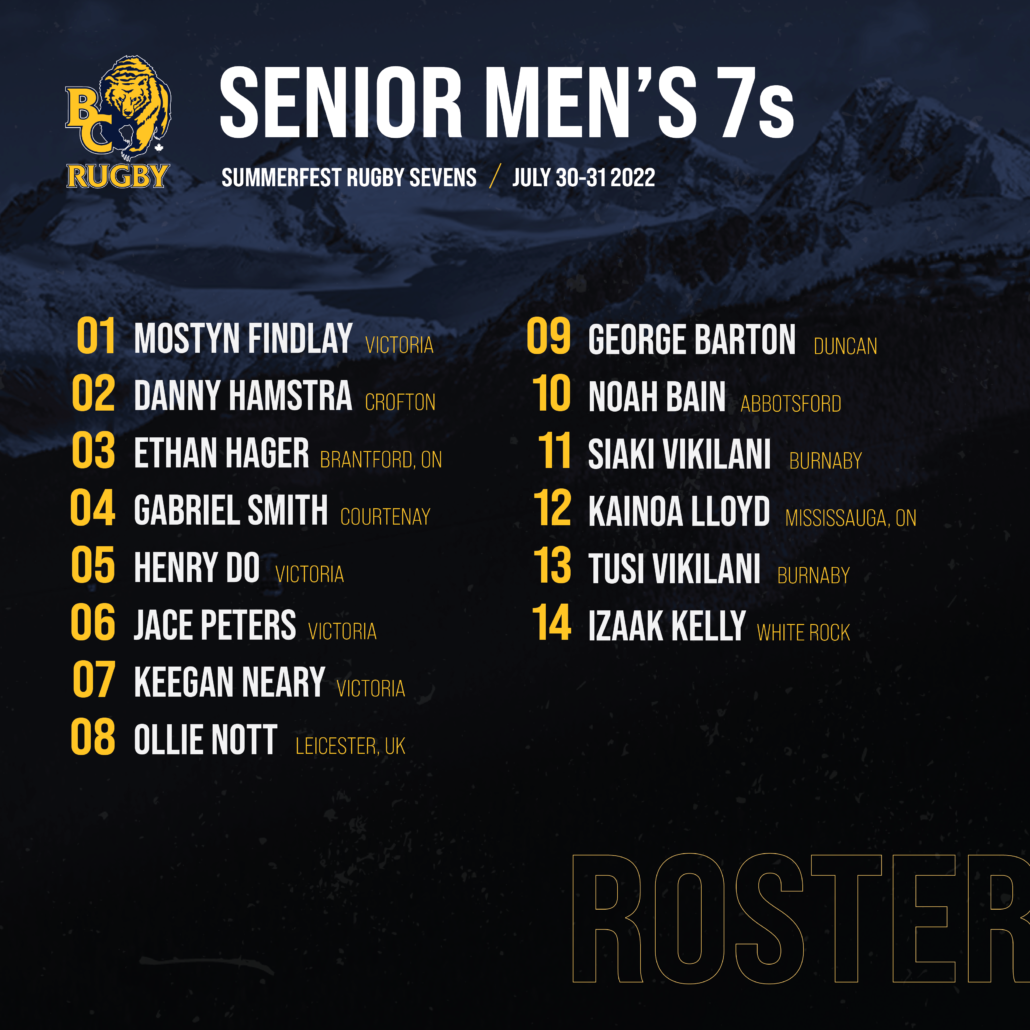 The team selection was made following successful ID and Development Sessions on both Vancouver Island and the Mainland, where athletes were put through an array of drills and skills challenges to help Coaches select BC’s top athletes for competition. The BC Bears Men’s 7s Team has a strong history of competing in tournaments and championships both in BC and North America, and we aim to continue this tradition moving forward.

“We kicked off our first session under a month ago with only 7 guys attending to select a squad from close to 50 players from across BC. We have selected a travelling roster of 14 that will head to Kelowna for the 2022 Summerfest 7s. Our side boasts players from 12 different programs including Clubs, Universities, National Teams, and Major League Rugby teams. BC Bears boast a well-balanced squad with size, power, pace, skill, experience, and some exciting stars of tomorrow.” BC Bears Men’s 7s Head Coach Robin MacDowell

Keep up to date with the BC Bears Men’s 7s progress on the BC Rugby website. For all information relating to the 2022 SummerFest Rugby 7s, head to the event website here.