Michael Smith: “There is a place for everyone on the Rugby field”

Former UBC Thunderbirds captain talks playing for San Diego Legion, being called up to Canada and why you should try Rugby in BC

Flanker Michael Smith is ready to enjoy every minute when Canada’s Senior Men’s XVs team faces Wales and England over the next two weekends.

Winning his first Senior cap would be the latest milestone in a so-far impressive career for the 23-year-old Smith, who first played Rugby in Grade 8 at Earl Marriott Secondary School and has represented BC provincially at U14-U19 Age-Grade levels and Canada at U17 and U20 level.

Sign up for a BC Rugby High-Performance Camp now!

Smith not only honed his Rugby craft at University of British Columbia, where he went on to captain the Thunderbirds, but also graduated with a degree in Pharmacology alongside a host of athletic achievements. He was part of the university’s National Championship-winning side in 2017 and 2018. Recently, Smith was accepted into the UBC Medical School Island Program, where he will attempt to balance his international duties with school for the next four years.

After heading for San Diego and MLR, a first tour with Canada’s Senior Men’s National Team now beckons. Smith was with some of his Legion teammates when news of his selection broke.

“Everyone asks when I found out, but I didn’t get the official ‘You’re going’ until it was posted online,” Smith told BC Rugby. “I was around some of the other San Diego guys at the time. I was in the car, and it was posted online. Everyone in the car was like ‘Hell yeah!’ and I was like ‘this feels good’. That was pretty awesome.” 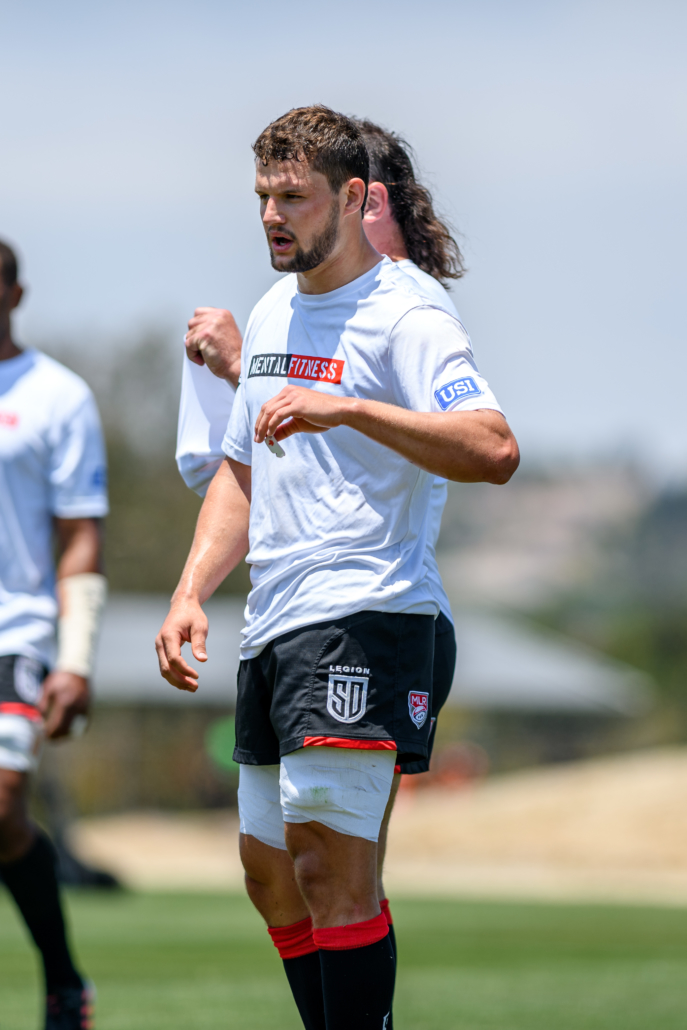 “If you want to try out Rugby for the first time, there is a spot for everyone on the field. It doesn’t matter who you are or what your skillset is, you will find that spot for you.”

It has been an enjoyable journey so far for Smith, who jokingly refers to himself as the “cookie cutter role model” when it comes to youth Rugby. Alongside representing BC at U14-U19 Age-Grade level, Smith was coached by the likes of Adam Roberts, Curry Hitchborn and Dean Murten – who now coaches Smith’s younger sister, Rachel, at UBC – over the years. He was quick to acknowledge how integral those coaches were in nurturing his love for the sport.

The BC pathway provided valuable moments, tours and experiences that led to the opportunity to play professionally in the MLR and now, Smith hopes, for his country.

Want to try Rugby? Find your new BC Club

“I remember as a kid, I was super into the Olympics from a young age. Seeing the athletes going to the Olympics, or them playing for your province or your country, as such a huge honour. That was always my motivation playing sport,” Smith added.

“I was always super-captivated about maybe playing for Team Canada or Team BC and that would be the goal I would strive for – the love of the game and to represent my province or my country.” 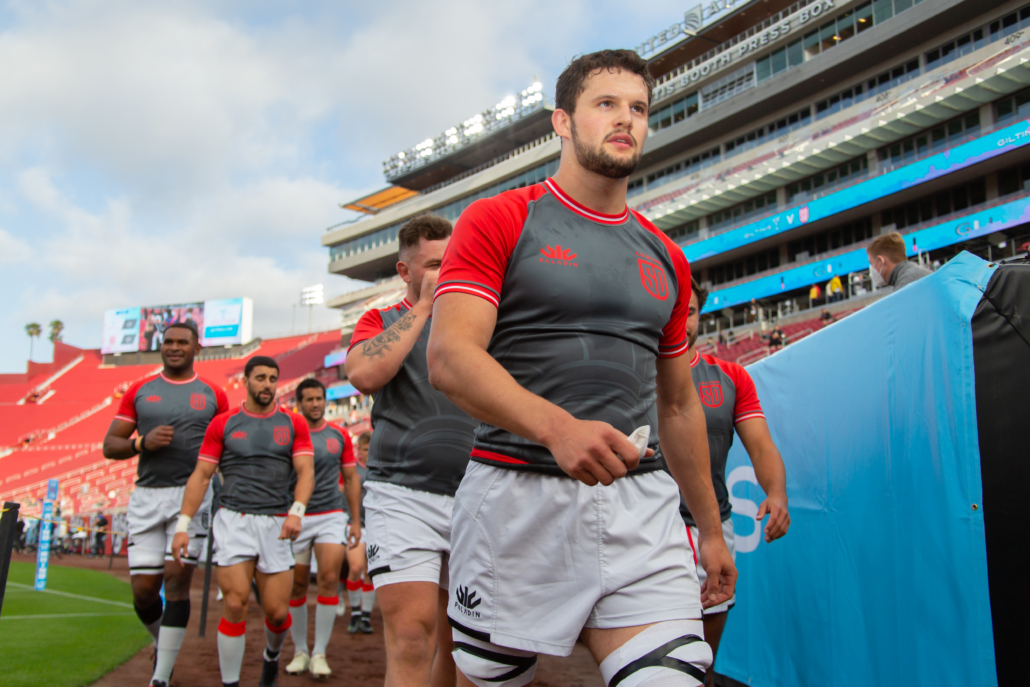 As is common throughout BC, Smith played a variety of sports growing up, whether it was hockey, basketball, or soccer. His father was also a varsity volleyball player at UBC. The eagerness to try new activities eventually led Smith to Rugby and from there, it was love at first sight. Rugby’s inclusivity, Smith says, is what sets it apart from other sports.

“If you want to try out Rugby for the first time, there is a spot for everyone on the field. It doesn’t matter who you are or what your skillset is, you will find that spot for you,” Smith said.

“It’s super important for kids to have that flexibility to explore other sports. I want more kids to take the opportunity and try Rugby. High-school is the best avenue to try out – it’s an opportunity to build relationships with the kids you go to school with. It fits within a schedule, into PE classes and after-school activities.

“There isn’t a significant financial barrier to it,” he added. “The exposure at school level is great: they can try the sport and if they like it, great, if not then they can try something else. When I first started playing Rugby, I didn’t give up hockey straight away. I continued to play it all the way through to Grade 11.”

“Rugby brings so many opportunities to go to university and get a good education. That can open doors and avenues, or networking opportunities to get types of employment or things that you wouldn’t have the access to if you didn’t try out playing the sport.”

Rugby, says Smith, can open doors into academia for athletes. Several of BC’s universities offer strong Rugby programs. Being prepared to work hard is a prerequisite, but it opened the doors for Smith: training alone on an empty field during the global coronavirus pandemic eventually led to a professional contract with San Diego.

“The sport brings so many opportunities to go to university and get a good education,” Smith said. “There were some scholarships I received at University that had a great tie in with my sporting achievements as well. That can open doors and avenues to get an education, or networking opportunities to get types of employment or things that you wouldn’t have the access to if you didn’t try out playing the sport.”

Smith, who is also a keen 7s player, is reaping the rewards of his journey, hard work and dedication. He is set to make his Senior Men’s team debut for Canada in one of the greatest Rugby stadiums in the world: either Cardiff’s Millennium Stadium, the home of Welsh Rugby, or against England at Twickenham. Smith’s San Diego teammate, Chris Robshaw – the former England captain – knows how much he will enjoy the experience.

“Remembering why you’re there is super important,” Smith said. “To do it in a Canadian jersey with my mates is incredible.”

All of which would not have been possible had he not picked up that first Rugby ball in high school.

You can watch Canada’s upcoming Test matches against Wales and England live on DAZN Canada. 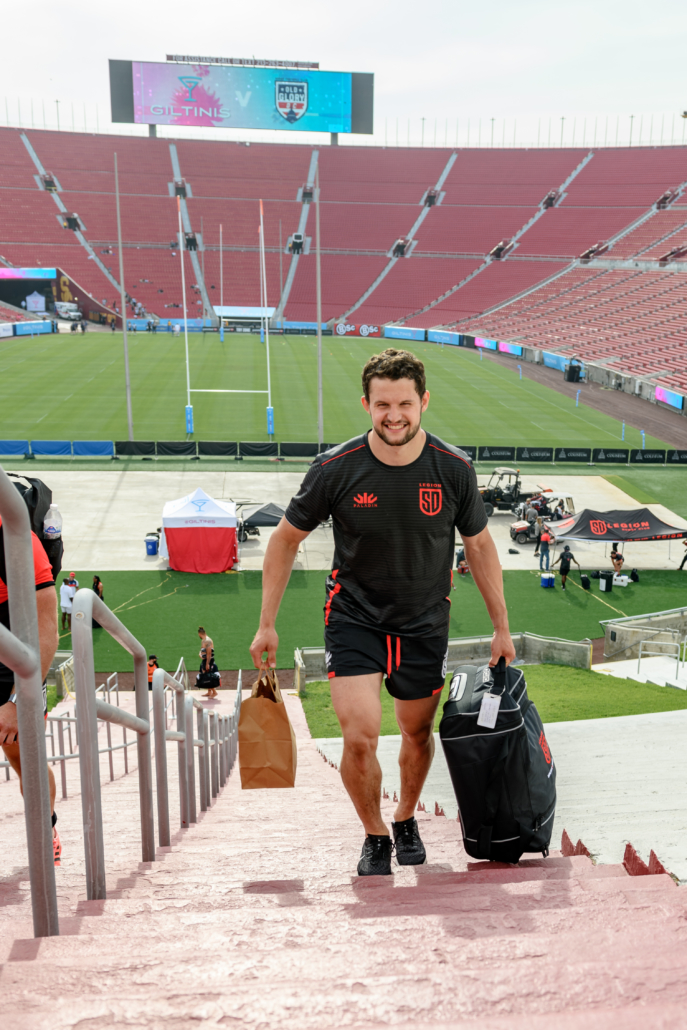