Women’s Rugby is on the rise in Chilliwack, BC.

The newly formed Chilliwack Crusaders Senior Women’s team is currently competing its first season in the BC Rugby Women’s Division 2. The team was formed after the Crusaders ran a successful Touch Rugby program throughout the global pandemic. The Crusaders has helped women in the community build new friendships and confidence.

Stephanie Toop feared she was too old to play Rugby at 54 years old – until she scored her first competitive try against Richmond RFC this season.

Mel Deley watched the Crusaders Men’s team from the sidelines in 2018 – now she is a part of the Club’s history.

Below are their Rugby stories. 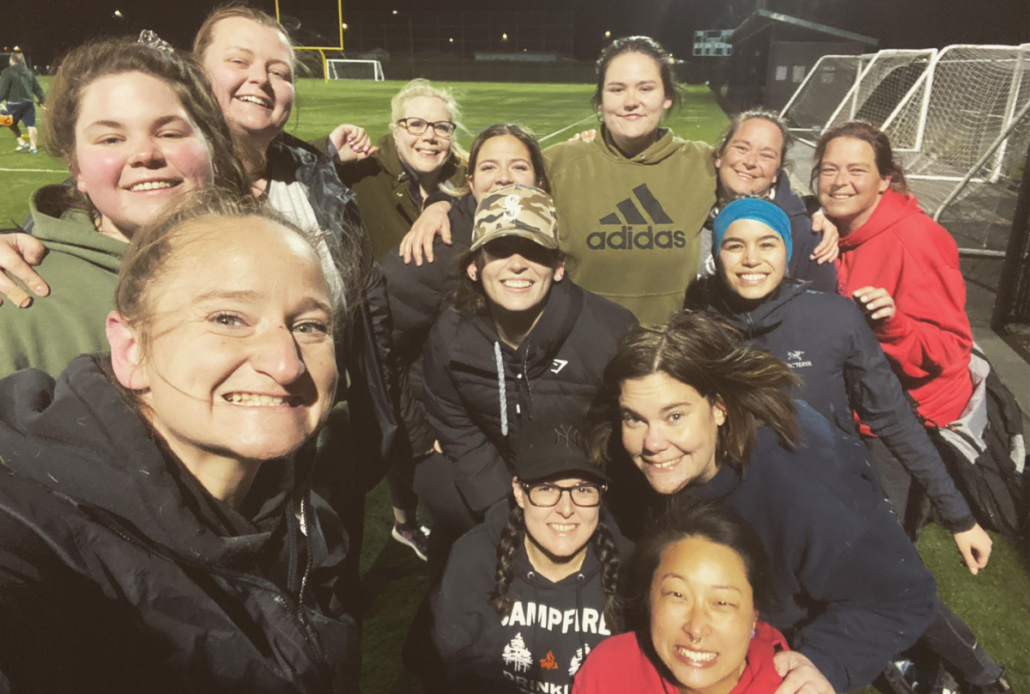 Stephanie Toop’s story: “There is always a position to play and opportunities to meet new people”

My interest peaked in Rugby in the early 1980s. I was in a co-ed PE class and we learned the basics of Rugby. When I was a teenager, I lacked the confidence to join any sports-minded activities. When I got into senior high, I was the team manager for the boy’s Rugby team.  Back in the 1980s I had never heard of any female school Rugby teams.

In 2016, my son Patrick joined the Chilliwack Crusaders and we went to almost every game over the next few years. We got to meet the Men’s team and learn more about the Club. After many years of supporting and volunteering with our three children in various minor sports and moving onto the next phase in life, along came COVID-19.

With restrictions and being unable to get to the gym in spring of 2020, my son mentioned there was interest in getting a Women’s program started with Touch Rugby and his girlfriend Mel was planning to attend. It was nice break to get out of the house, get some exercise and socialize with other women.

“I hope to continue playing for another season with Rugby and encourage all women, whether it’s your age, your physical size, ethnicity, anxiety issues, if you want to try something new, get out of your comfort zone: there is always a position to play with Rugby and opportunities to meet new people.”

We continued to meet and learn more over the next year and a half. We put a “touch” team together for our annual Sasquatch tournament last August and had a blast. In Fall 2021, there was the opportunity to put a contact team together for the new year, if we could get enough women.

I’d been to most practices and enjoyed myself and it was nice to be part of the team.  But, at 54 years old, I was somewhat apprehensive: was I too old? Would I be able to physically do full contact Rugby and what if I got seriously hurt? I have a full-time job that requires some physical work. But I had lots of support from my husband, children, my siblings and the women and men from the Crusaders.

I was stoked that I got my first try last weekend (March 12) at our home game against Richmond and have my family and both teams cheering me on.

I hope to continue playing for another season with Rugby and encourage all women, whether it’s your age, your physical size, ethnicity, anxiety issues, if you want to try something new, get out of your comfort zone: there is always a position to play with Rugby and opportunities to meet new people. 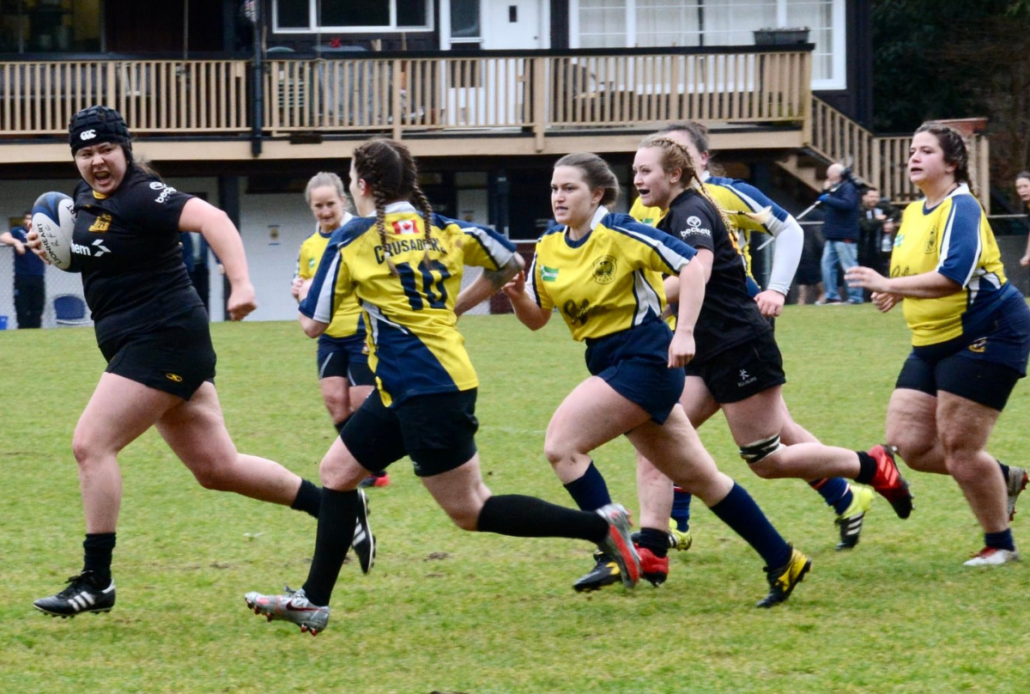 Mel Deley’s Story: “I was able to come out of my shell and let some of my natural talent shine”

My Rugby journey began as a sideline supporter for the Chilliwack Crusaders back in early 2018. Prior to 2018, I had no idea what Rugby was; I went to a private school and our sports programs never exceeded basketball, soccer, volleyball, or golf.

After high school, I got into a relationship with my partner, Patrick, who played for the Crusaders as a lock or flanker at the time. Early on I was invited out to watch his games. I was horrified at first: why were these guys running into each other full tilt and yelling at each other? Absolute chaos, I thought. A few months later, Patrick asked if I would ever consider playing women’s rugby. My response? Absolutely not.

Fast forward a few years later to summer 2020. I was getting massage treatment from my RMT and friend Landry, when she told me she wanted to get some people together to learn the basics of Rugby and play touch. She asked me if I was interested. I hesitated, but ultimately decided ‘yes’ on her assurance of “no contact.”

Patrick encouraged me (and still does!) to go when I had doubts. He is incredibly supportive of me playing. It progressed from there: summer evenings were spent playing Touch Rugby, learning the basics of passing (it took me a while to get used to running forwards and passing backwards), sharing laughs, and of course, running, which was my favourite part.

“We have a group of amazing women who consistently show up and we work together. Our numbers and confidence are increasing.”

We had a small group of people committed to learning having fun. I learned early on that I am a good sprinter, so I started training as a winger. In September 2021, Landry asked if I was interested in trying to help form a Women’s Rugby team with the Crusaders. I said yes, and we, the pioneer group who started playing touch in the summers, registered, declared a team, and then began training for our first official half season in 2022.

There was a lot to learn, and the shift from Touch Rugby to contact Rugby was a bit of a struggle for me. But with dedication, exposure, and more importantly, support from my team and my partner, I was able to come out of my shell and let some of my natural talent shine.

February 2022 was our first game and I am so proud to say that we have grown so much as a new team since then. We have a group of amazing women who consistently show up and we work together. Our numbers and confidence are increasing; as my confidence grew on the field, I started training and playing as #9 and have been thriving in that position.

Overall, I can say that Rugby has helped me feel empowered in my physical and cognitive abilities while at the same time providing a sense of community and in a way, a sense of purpose: I mean, cardio has to count towards something, right?