The McKechnie Cup and Dunbar Keg return to the BC Rugby calendar for the first time since 2019, following the global pandemic. The competitions will begin on November 26, 2022 and run through December.

Senior Men’s teams compete for the McKechnie Cup, with U20 teams competing for the Dunbar Keg. The Fraser Valley Rugby Union is seeking a Head Coach for each of these representative programs.

These competitions will give elite players from the Fraser Valley Rugby Union Clubs a pathway to the BC Bears Senior Men’s programs.

Interested applicants should email resumes to Doug Primrose at dougprimrose50@gmail.com by October 31st, 2022. 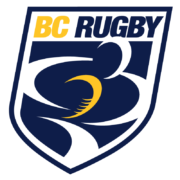 ABOUT BC RUGBY REGIONAL CUPS

The competitions pit the top athletes from each region against one another in Senior Men, Senior Women and U23 Men groups.

Senior Men compete for the McKechnie Cup, one of the oldest contested trophies throughout British Columbia and Canada. Dating back to 1896, the trophy was donated by Nanaimo physician Dr. Robert McKechnie and was originally contested by clubs from Vancouver, Nanaimo and UBC.

U20 Men’s Teams face off for the Dunbar Keg, one of the highest accolades in regional Rugby.

As well as the honour of lifting silverware, players will be hoping to impress to improve their chances of being selected to out Provincial Representative Team, the BC Bears.