Trying a new sport can be daunting – but it can also open a lot of doors you didn’t think were there.

McLeod and a four of her friends convinced their high school teachers to co-op with another local school to form a team.

“I didn’t know anything about Rugby at the start. It was new to all of us – none of us had any experience or had watched any Rugby before. The contact side attracted me to the sport. I was excited about that element in Rugby,” McLeod said. 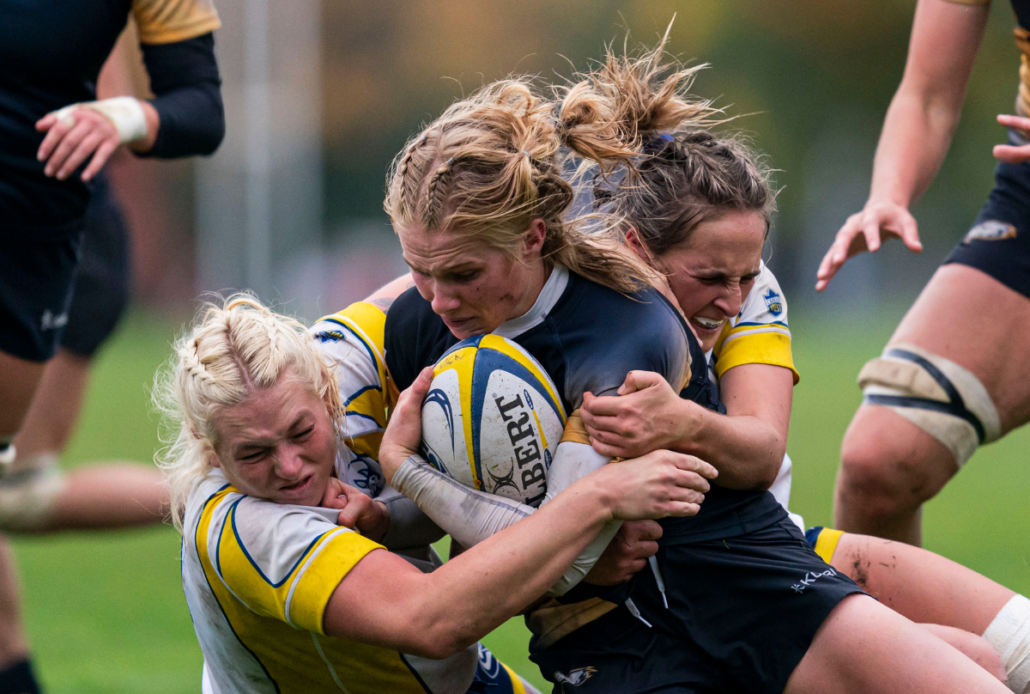 McLeod said her parents did not need convincing about the sport – but her best friend’s parents had doubts.

“I know my parents and I had to convince my friend’s parents. My best friend was a gymnast, so it was the opposite spectrum. Her parents were a little nervous for her going into a contact sport. But she ended up playing, and they loved it,” McLeod said.

McLeod added: “The contact side of the sport might be intimidating at first, but we’re taught so well, especially in my experience, regarding safety of the game. That puts more confidence into the sport itself.”

After a year playing high school Rugby, McLeod soon got a call from the provincial coaches. Despite having doubts over her age and experience – and with a little extra persuasion from her Dad – she decided to go to camp.

“I was surprised that Provincial coaches talked to me,” McLeod said. “I didn’t have a lot of confidence in myself playing at that level. Just showing up was the big thing. Even if I wasn’t quite at that level, I learned so much just getting there and the rest fell into place.”

It was at this point that Rugby began to open academic doors for Jordan. After four years of playing high school, regional and provincial Rugby 15s and 7s, she caught the eye of UBC Women’s Rugby Head Coach Dean Murten at a combine in Manitoba.

McLeod earned a Rugby scholarship to UBC, which brought fresh challenges both on and off the field as well as a renewed passion for her studies.

“In Grade 11, I did not think I would be going to university. Not a lot of people in my family had gone to university, so I didn’t really consider it an option,” McLeod said. “I really struggled in high school. I couldn’t care less: being honest, I was failing three of my classes and the only reason I went to school was to use the gym!”

McLeod added: “When UBC came along, I thought ‘I would love to play Rugby there, but I don’t know if I am there academically’. I didn’t think I could get into UBC.”

However, McLeod said being passionate about what she is studying makes a huge difference. She said: “I don’t think I would be in a position to do that if it wasn’t for Rugby.” 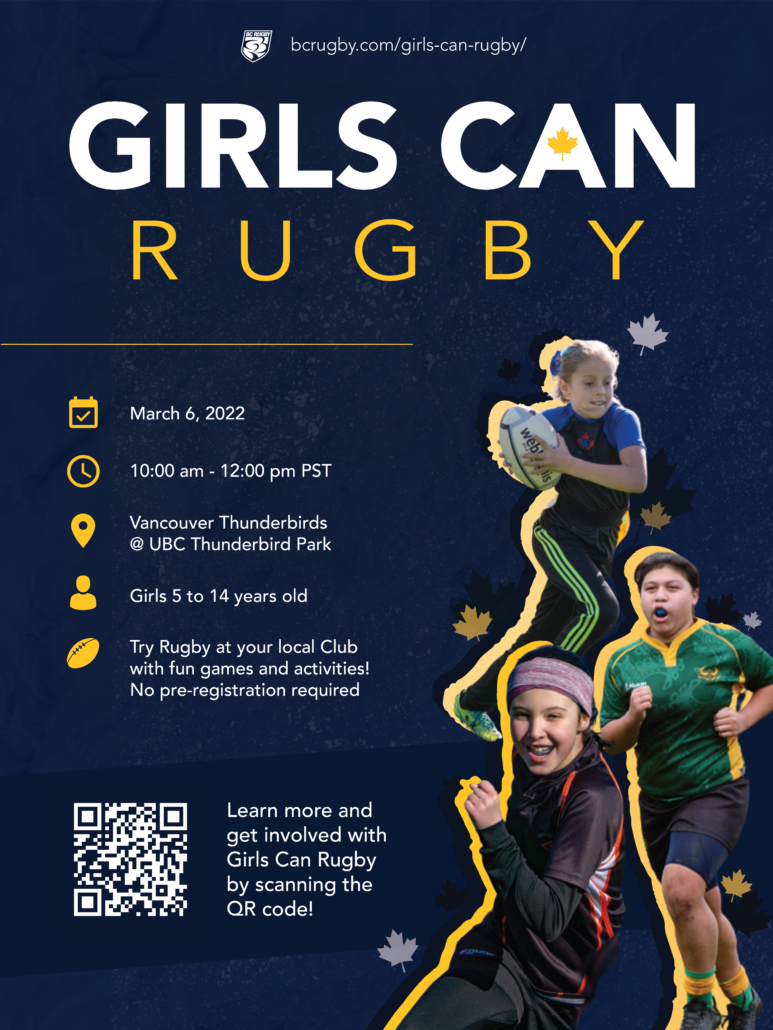 Girls Can Rugby at UBC Thunderbirds: Sign Up Now!

McLeod has played numerous positions in her Rugby career, from hook to wing, and believes Rugby has a spot for everyone on the pitch.

“Even in high school, I played a big role in just getting girls to come out and play,” McLeod said. “It doesn’t matter what you look like, what your sport experience you have – there is a spot for you.”

And while McLeod thinks it is important for young girls to try new sports and see what fits, she hopes more decide to pick up a Rugby ball.

“Just the friendships that I have made from the sport have been massive, in terms of the culture of the sport,” McLeod said. “There is nothing that compares to Rugby in the sense of being on a team, and how close you get with the girls.”

She added: “A lot of people are intimidated by the sport, but once you get out there with a ball in hand, it’s just a lot of fun!”

Girls Can Rugby: Why You Should Sign Up This Sunday!
Scroll to top