U14, U16 and U18 7s Athletes had a stellar weekend in Kamloops as the Tournament returned to the BC Rugby Calendar for the first time since 2019.

Known as the largest 7s Tournament in Western Canada, the 2022 Kamloops 7s welcomed 55 Club Teams from across British Columbia and Alberta to McArthur Island Park on October 8th and 9th. The excitement was high as athletes competed across eight fields, showing off their skill in two-days of round robin and seeded play, hoping to secure one of the top three medal positions.

The purpose of the Kamloops 7s tournament was to foster the growth of Age-Grade Rugby throughout British Columbia while also serving as a lead into the Age-Grade Club Season.

For emerging Rugby players, the 2022 Kamloops 7s was the perfect opportunity to impress the watching BC Rugby Age-Grade Team Coaches and make a bid for selection to the BC Bears Elite Youth 7s Representative Teams, which will head to New Zealand this December to compete at the 2022 World School Sevens.

BC Rugby will be releasing a full 2022 Kamloops 7s photo gallery this week – keep your eyes peeled on our social media channels!

BC Rugby acknowledges that the land this Tournament was held on is the unceded Secwépemc territory, situated in the southern interior of British Columbia within the traditional lands of the Secwépemc Nation. 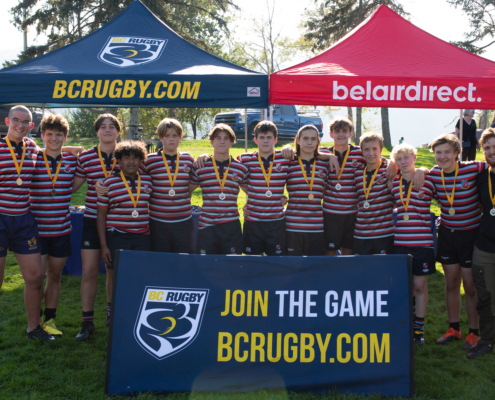 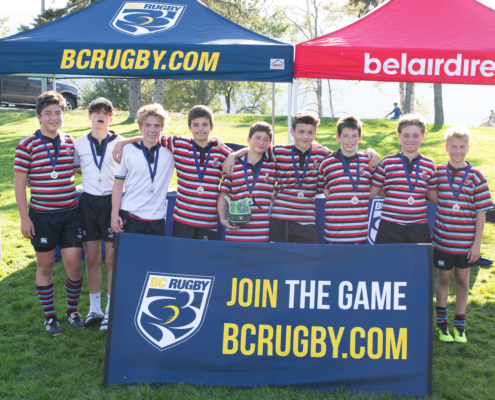 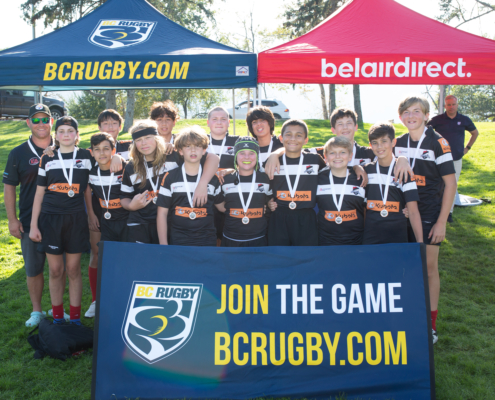 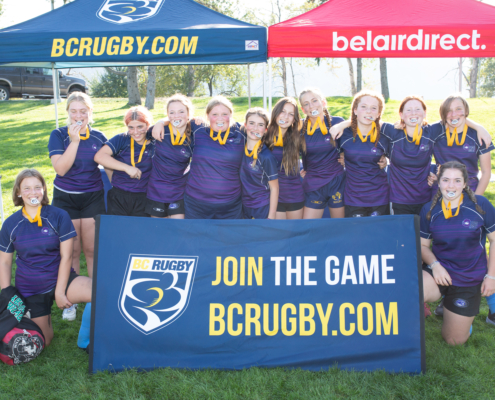 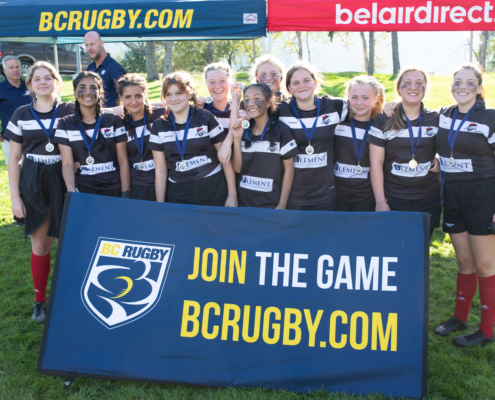 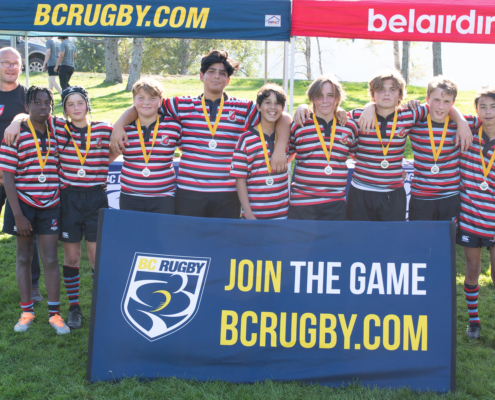 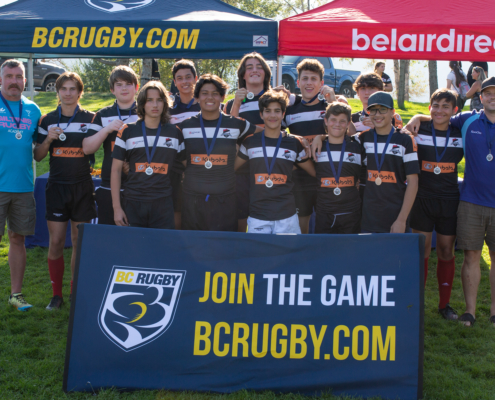 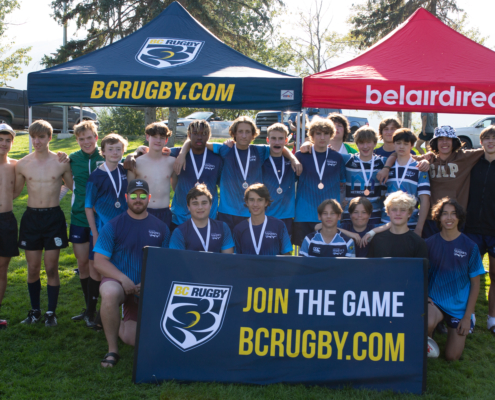 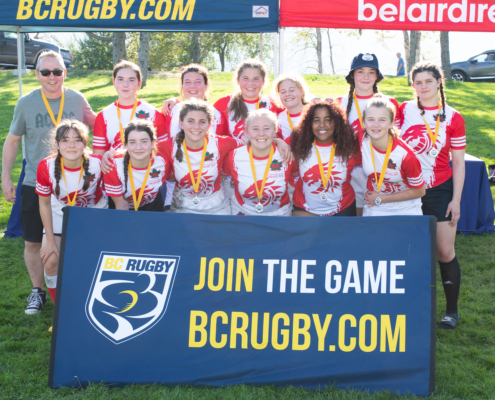 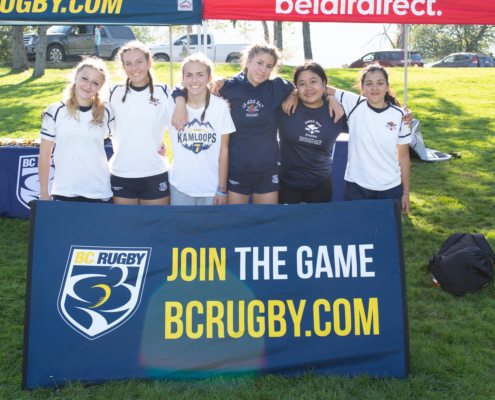 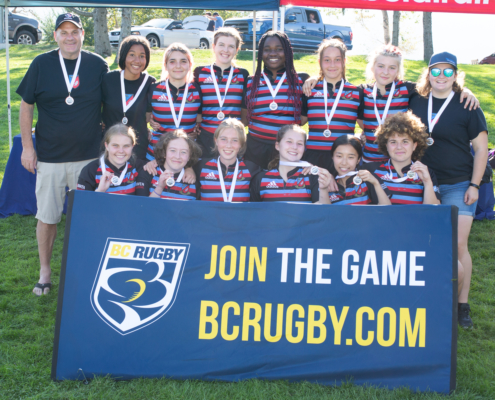 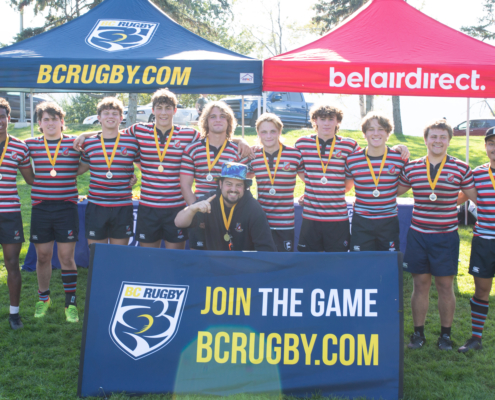 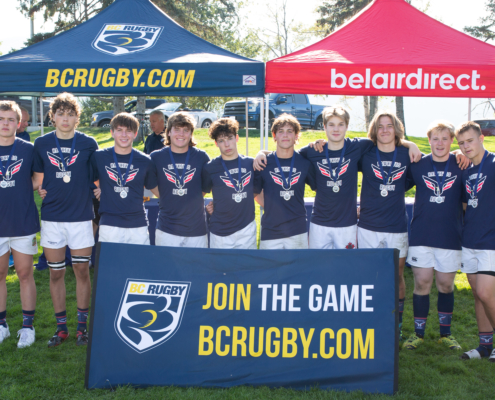 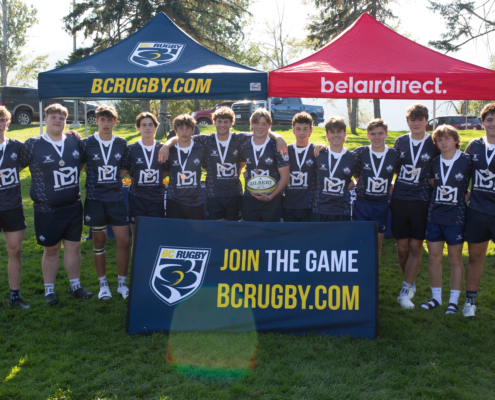 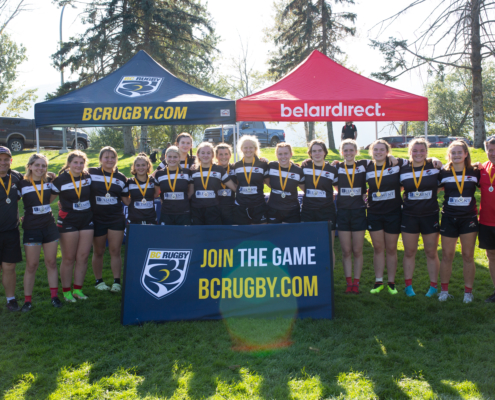 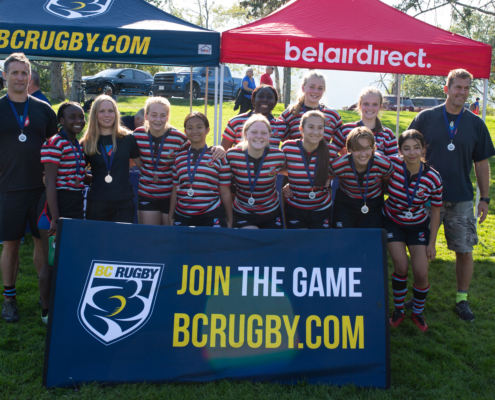 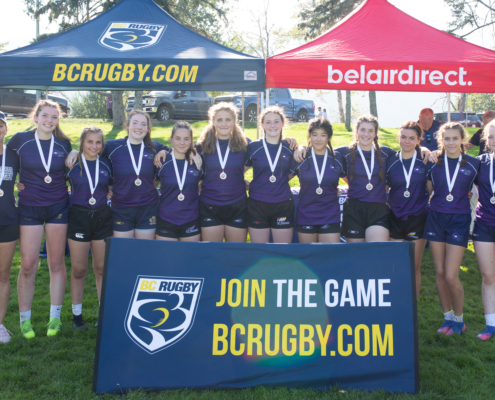 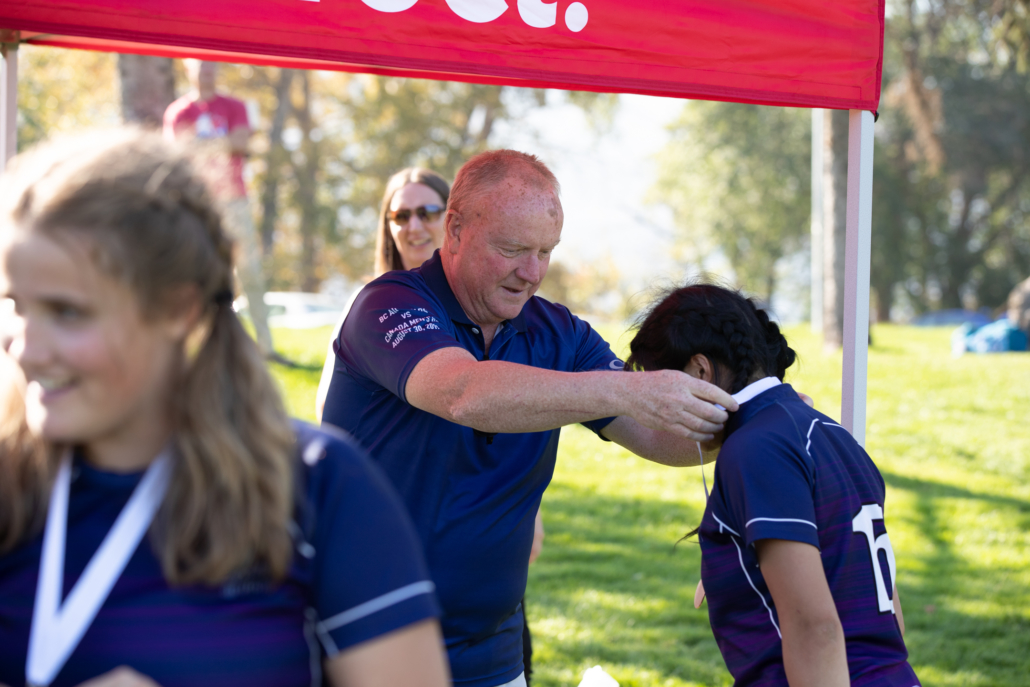 BC Rugby would like to thank all the individuals and groups who made Kamloops 7s possible: to our Match Officials, Coaching Staff, Therapists and Medics, Players, parents, volunteers and vendors – thank you for your tireless hard work and commitment to Rugby in BC.

Thank you to BC Rugby Board Member Alan Snowden and BC Rugby CEO David Newson for presenting medals to the teams.

Thank you to official event photographer Andrew Snucins for capturing all the action and fun of the weekend.