Vancouver Island’s rugby community showed just how prosperous the sport is on Canada’s west coast. The Juan De Fuca Recreation Centre, home of Westshore RFC, played host to the All-Island Rugby Jamboree on Sunday April 24 in Colwood, B.C., a city immediately south of the home of Rugby Canada in Langford.

Rugby Clubs from James Bay, Castaways-Oak Bay, Westshore, Cowichan and Campbell River all participated in the tournament that saw over 300 youth gather for a day full of rugby.

“We want to see the players having fun and applying the skills they have learned at events like this. You must have fun to retain players, especially female athletes. The more fun these girls have the more likely they are going to continue to play.” Peter Park, Coach of the U14 Comox Rapids Girls Rugby Program 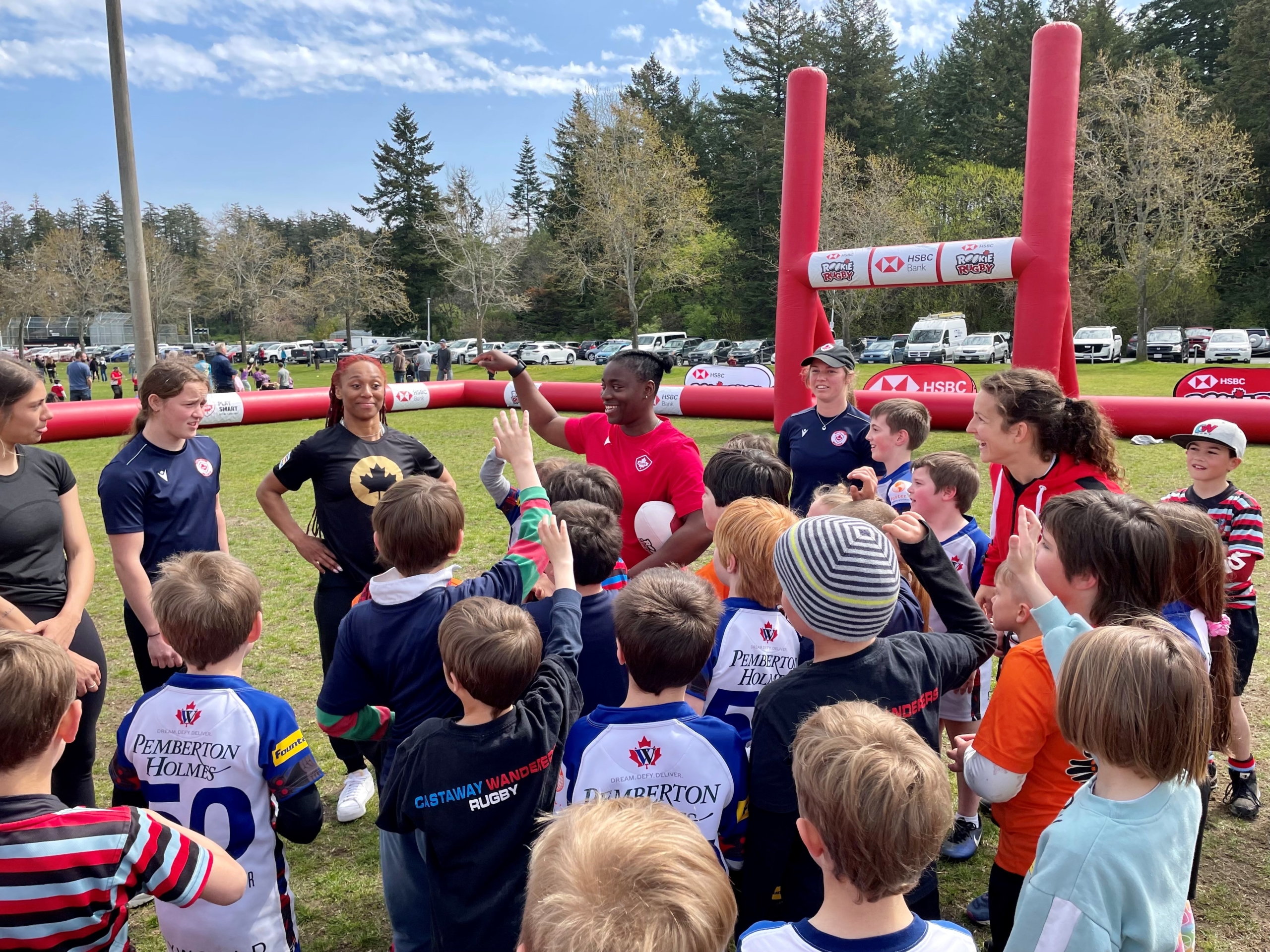 Rugby Canada Community Visits Happening in Build Up To Langford

Rugby Canada staff as well as Canada’s Women’s Rugby Team player and active member of the Canada’s Women’s Sevens Team training environment Sabrina Poulin, 2020 Olympians Julia Greenshields and Charity Williams along with several other national team athletes were onsite to host the HSBC Rookie Rugby Festival. The Canadian athletes organized games and activities for all the different age groups that attended the jamboree.

“Being able to be involved in the community is one of the big things for me. It is important to me to show the next generation how to have fun and play rugby. I just want more people, especially young women, playing sports in general. That is a goal of mine as an athlete and a person.” Canada Women’s Rugby player Sabrina Poulin

This week, Rugby Canada will also be conducting their Community Visit Program at various schools around the City of Victoria and Langford. These visits will bring the international women’s sevens teams, who are in Langford for the HSBC Canada Women’s Sevens tournament later this week, to local schools where they provide kids the chance to try the game of rugby.

Following the community events throughout the week, Canada’s Senior Women’s Sevens team will host the 12 best nations in the world at Starlight Stadium in Langford, B.C. on April 30 to May 1. Tickets are available here.