April 16, 2021 – Langford, BC: The squad of 22 match officials that will take charge of the women’s and men’s rugby sevens competitions at the delayed Olympic Games Tokyo 2020 has been announced by World Rugby today. The announcement marks the ‘100 days to go milestone’ before the action kicks off in Tokyo Stadium on July 26, 2021.

The individuals were selected by the World Rugby’s Match Official Selection Committee, following a comprehensive review of performances and fitness. All selected referees have proven themselves on the annual HSBC World Rugby Sevens Series and many also featured at the Rugby World Cup Sevens 2018 in San Francisco and the Gold Coast 2018 Commonwealth Games.

Retired Canadian international Julianne Zussman is one of the officials named to the Olympic crew.  In 2019, the three-time Rugby World Cup veteran became the first Canadian test player to referee at the international level on the HSBC World Rugby Sevens Series.  Zussman’s rugby resume includes an impressive playing career after retiring in 2018 with 18 tries in 44 tests for Canada.  She travelled to three Rugby World Cups and appeared in two rounds of the inaugural 2012-13 sevens series.

Sandro Fiorino, head coach of Canada’s Women’s Rugby Team said, “I’m so thrilled to hear that Julianne Zussman has been selected to referee in the upcoming Tokyo Olympics.  Julianne’s transition from international player to referee has been remarkable.  Her commitment and dedication to her craft have put her at an elite standard as one of the world’s best.”

World Rugby High Performance Sevens Referee Manager Paddy O’Brien said: “We have selected a match officials squad that includes a good mix of experience and youth, with selection based on merit following a thorough evaluation of performances and I thank all those involved in the process.

“Just like the players, coaches and teams, the match officials are preparing and training hard in order to arrive in Tokyo in peak physical and mental condition to perform to the very best of their abilities for what will be a career highlight for all involved.”

The milestone for 100 days until the Olympic rugby sevens kick off falls on Saturday, April 17th.   Canada’s Men’s and Women’s Sevens Teams recently participated in an important high-performance preparation event in Dubai.  In the second weekend of the Emirates Invitational 7s, both teams advanced to the Cup Finals and finished in 2nd place. 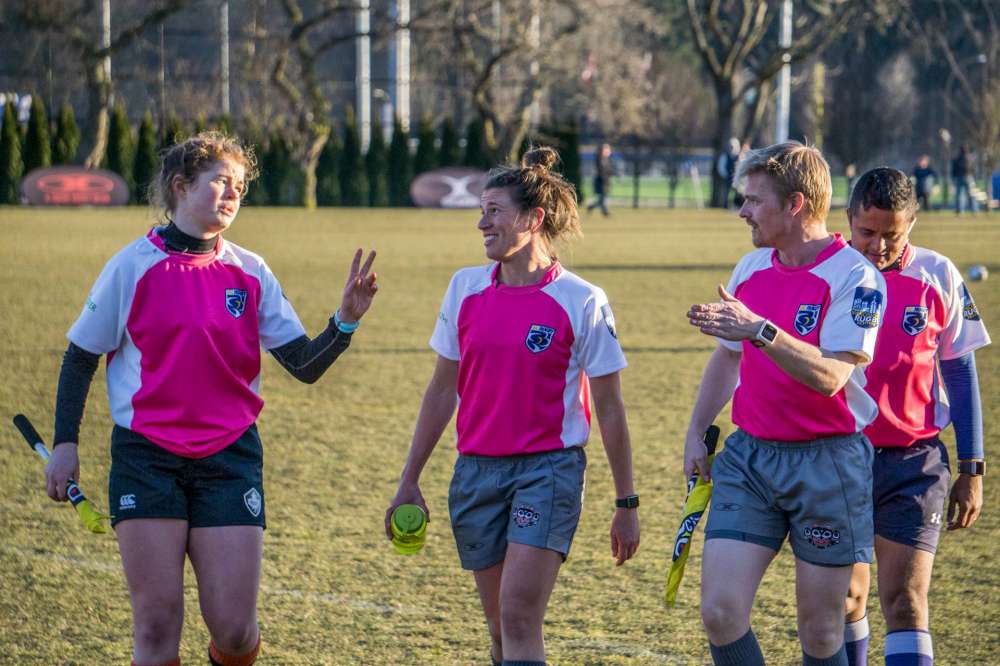