On Sunday February 26, Rugby Canada, in partnership with BC Rugby and the HSBC Canada Sevens, will be hosting a FREE HSBC Rookie Rugby Festival for children between the ages of 5 and 12.

This is an exciting opportunity for new and existing Rugby players to participate in a fun, action-packed morning of non-contact Rugby. The session will include various Rookie Rugby games and activities as well as the opportunity to play alongside HSBC Ambassadors, which include current and former players from Canada’s men’s and women’s sevens teams and past Olympians. HSBC will be on site with free giveaways. 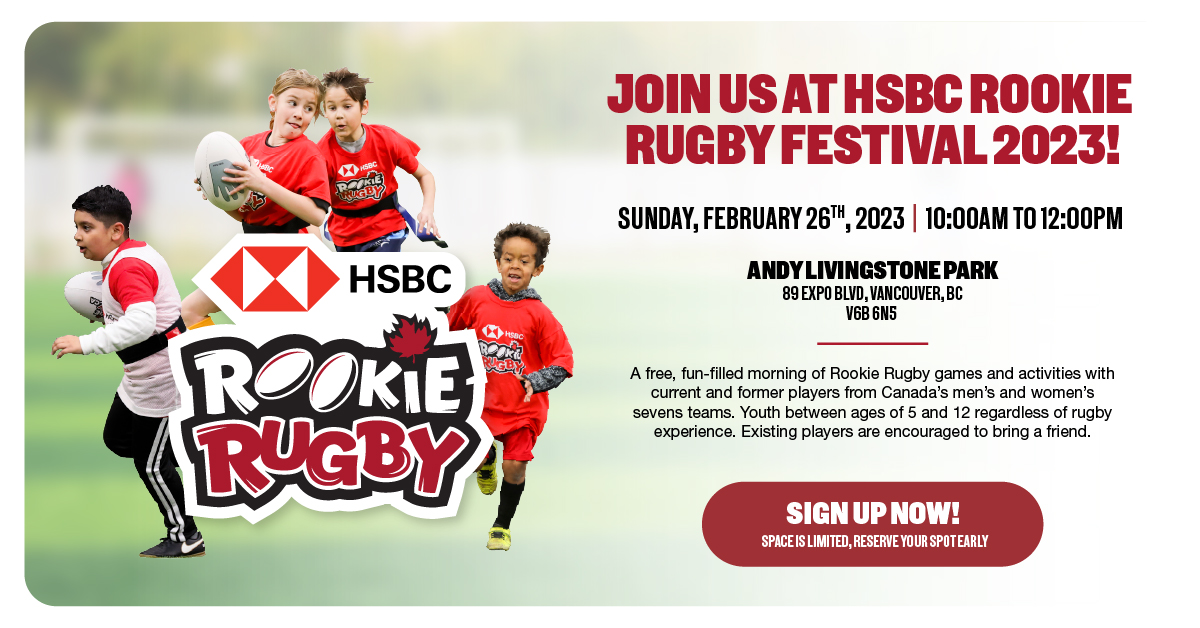 What to bring: Athletic clothing, cleats or running shoes and a water bottle.

Who’s invited: Children between ages of 5 and 12 regardless of rugby experience. Existing players are encouraged to bring a friend.

About the Event: A free, fun-filled morning of Rookie Rugby games and activities with current and former players from Canada’s men’s and women’s sevens teams. There will be a meet and greet with the players once the rugby activities conclude. For those that wish to stay for the festival’s duration, there will be an area for parents and guardians to relax and watch the activities. 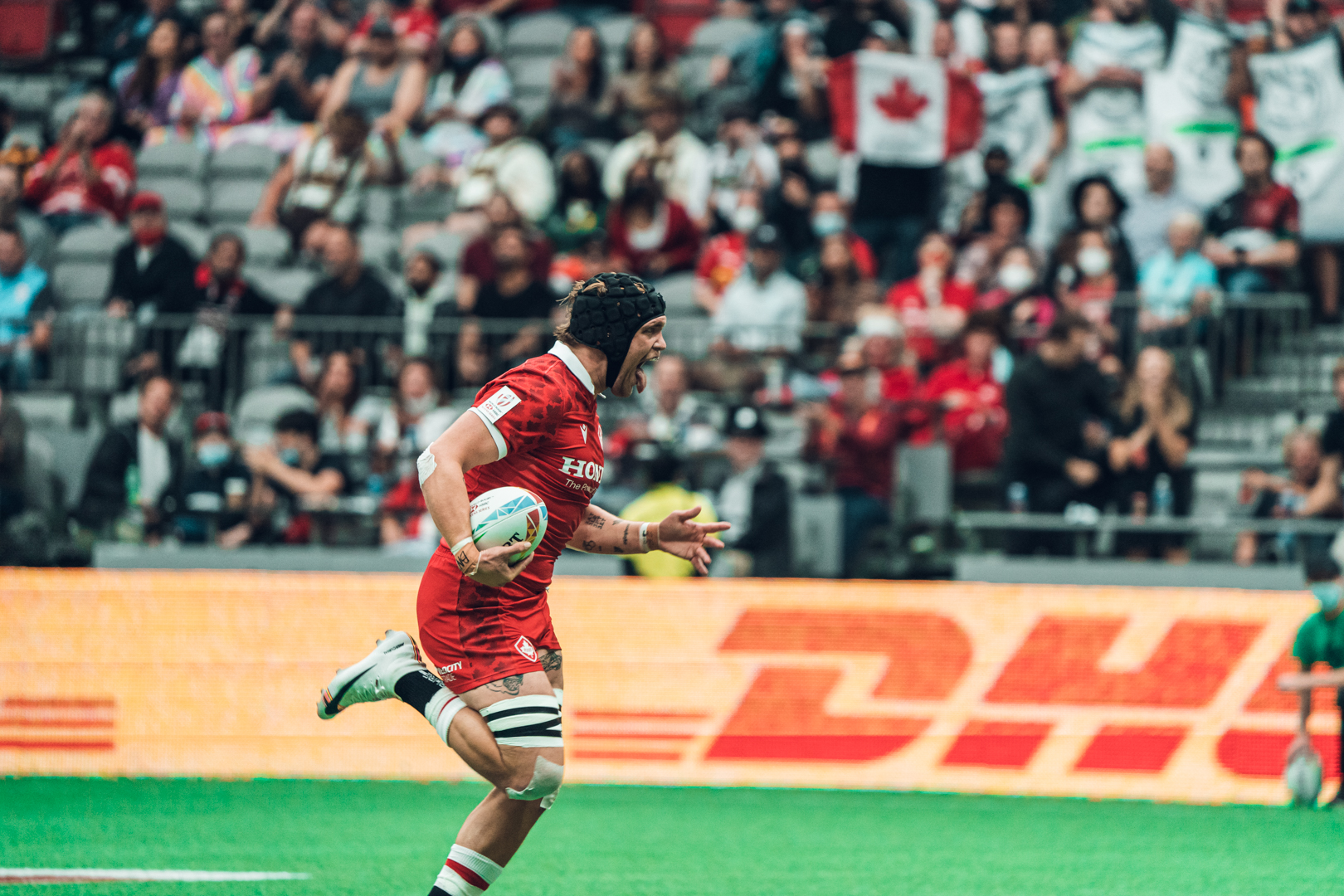 Single-day tickets and the new youth ticket for young fans aged 18 and under will go on sale starting February 1st. Youth 1-day tickets will be available for Sunday March 5th for the low price of $35.

HSBC Rookie Rugby is a program designed to develop kids’ rugby programming at rugby clubs, schools, and community organizations. Rugby Canada has prepared a resource specifically to support club coaches, physical educators, and community leaders to introduce the sport to kids in their community. Everything needed is available on the Rookie Rugby website at www.rookierugby.ca.

HSBC Canada Sevens are three-day rugby sevens tournaments featuring the world’s top men’s and women’s sevens teams as part of the HSBC World Rugby Sevens Series. HSBC Canada Sevens will be hosted at BC Place in Vancouver, March 3-5, 2023 on the traditional lands of the xʷməθkwəy̓əm (Musqueam), Skwxwú7mesh (Squamish), Stó:lō and Səl̓ílwətaʔ/Selilwitulh (Tsleil-Waututh) Nations.

Sevens rugby, a fast-paced and shorter version of traditional rugby with only seven players per side, has built a huge international audience which attracts large audiences in markets around the world. For more information, please visit canadasevens.com.

Rugby Canada is the national governing body of the sport of Rugby Union in Canada. They administer and operate Men’s and Women’s Senior and Junior National programs in both rugby 15s and 7s, as well as govern the Club and community game for more than 30,000 registered participants from coast to coast in conjunction with ten Provincial Union members.

The British Columbia Rugby Union, commonly known as BC Rugby, is the governing body for Rugby in British Columbia and is a Provincial Union of Rugby Canada, the national governing body. Representing over 5,000 individuals registered through around 60 Member Clubs and Associations across the Province, BC Rugby leads and manages the sport with the aim to grow participation and develop excellence in all games of Rugby and in all facets of the sport.