Surrey Beavers are ready to kick off the 2022 season in style!

The Beavers have launched three exclusive new jerseys to celebrate the Club’s 50th Anniversary year, including a limited-edition home jersey that will be worn by players during the 2022 season.

Each jersey, made by X-Treme Rugby Wear, features a commemorative ’50 years’ badge, as well as an updated Surrey Beavers AA crest. 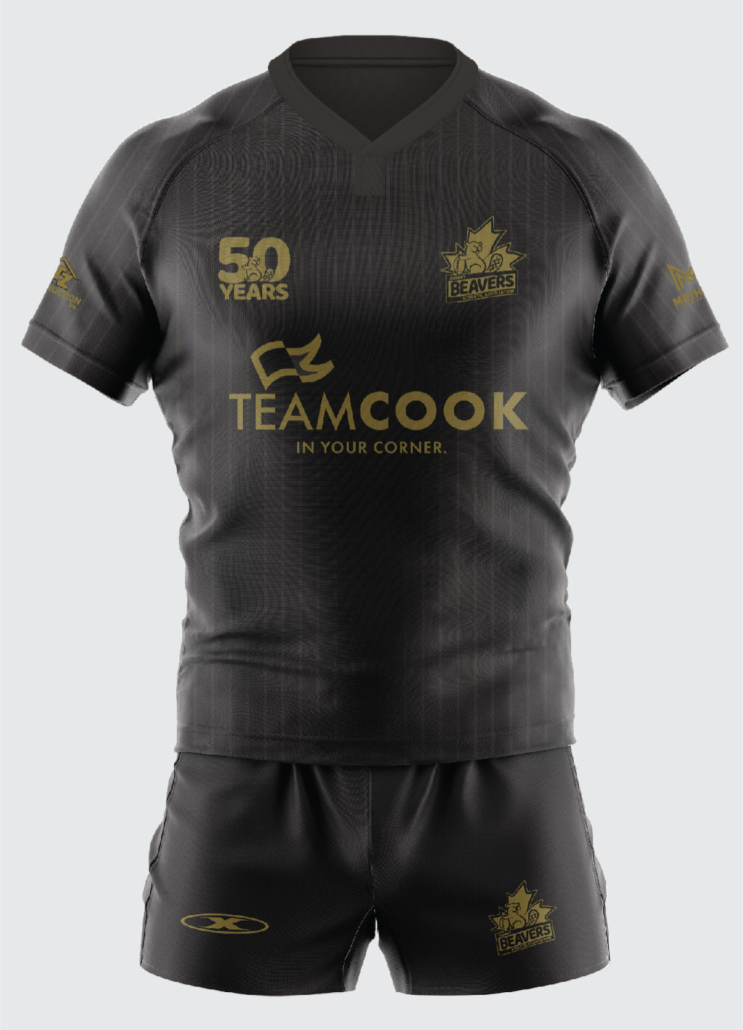 A Modern Take On A Classic Combination

The Players’ home jersey showcases the traditional Beavers deep black with unique pinstripes. All colours have been replaced with gold to signify the Club’s special anniversary.

The player jersey also includes a player list from the Club’s 2012 Championship season, when the Beavers clinched both Men’s Division 1 and Division 2 titles in BC. Beavers will make a limited amount of player jerseys available for purchase.

Alongside the player jersey, Beavers have also released a new black jersey and new white alternate jersey. Both feature a fresh, updated look on classic designs, with the alternate jersey featuring a new sleeve pattern and a player list from the 2012 season: to remind the current patrons of those “who came before us.” 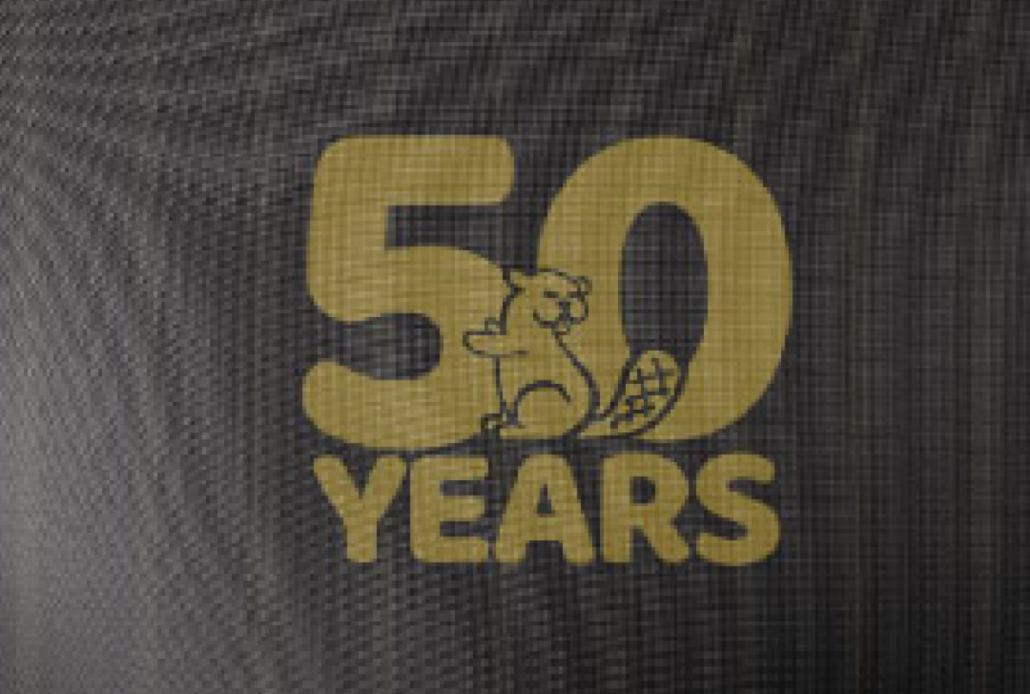 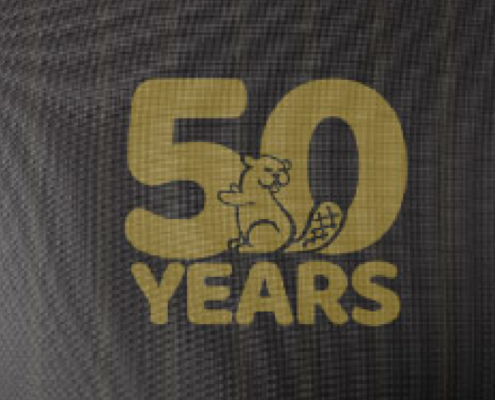 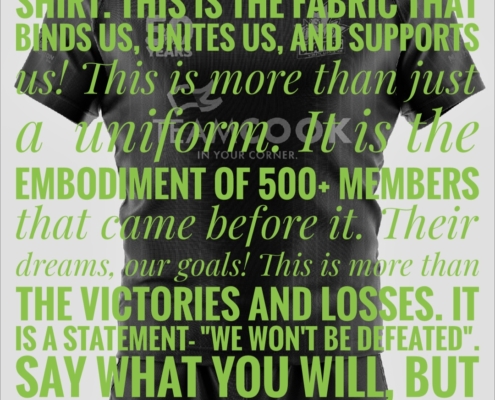 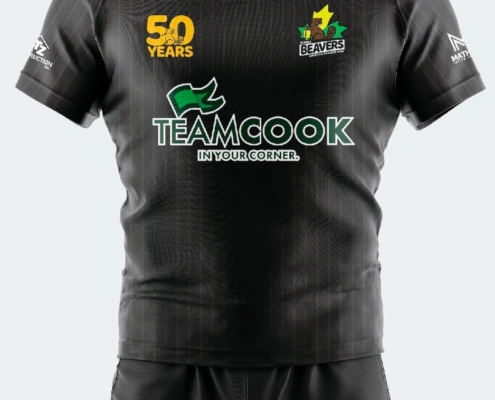 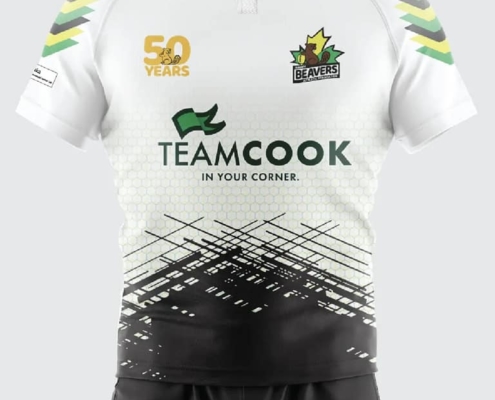 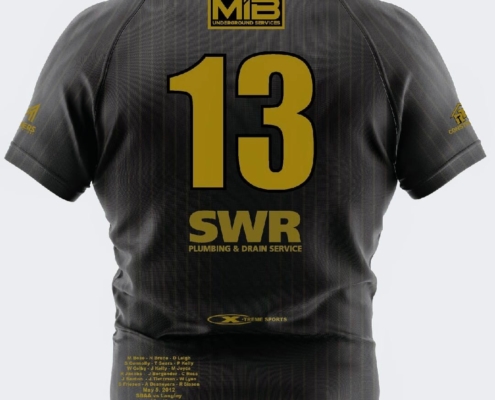 Playing out of Sullivan Heights, the Surrey Beavers have been an integral fixture within the local community for 50 years.

The Beavers train at Cloverdale Athletic Park on Tuesdays and Thursdays at 8:00pm, and are always looking for new faces!

Come and #JoinTheGame – find out more about registration by clicking on the button below.

Feature Your Club On BC Rugby!

BC Rugby wants to showcase YOUR Club!

Got a great story? Want us to share something? Get in touch! Email media@bcrugby.com now!