Championship set to be held at UBC’s Point Grey Campus between November 30-December 4, 2022

The University of British Columbia (UBC), Rugby Canada and the Canadian Rugby Foundation announced the prestigious Championship will be held at UBC for the first time in 2022.

Next year’s event, the fifth annual national tournament, is currently scheduled to be held November 30-December 4, 2022 at UBC’s Point Grey campus in Vancouver, BC. This is the second time the championship will be staged in British Columbia after the University of Victoria was the backdrop for the tournament in 2018.

Queen’s University in Kingston, Ontario, is set to host this year’s men’s championship. 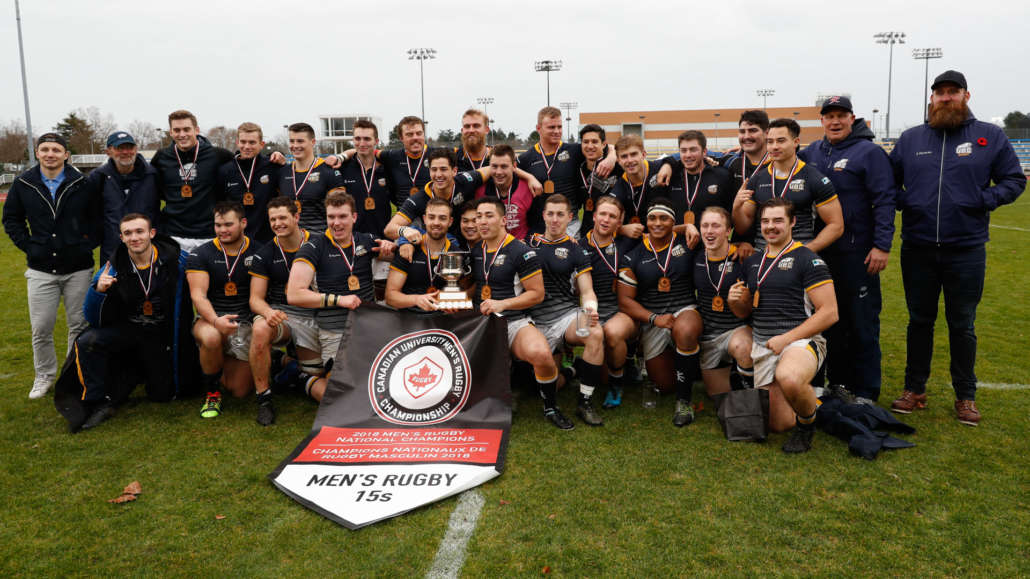 The breakdown of teams sees representation from regions across Canada with UBC guaranteed a berth as hosts. Joining UBC out west would be one of the top two finishers of the newly introduced Coastal Cup. Two teams would qualify out of Ontario and one each from Atlantic Canada, Quebec and the Prairies. Furthermore, the CUMRC Board would select an at-large team to round out the entrants.

The five-day tournament will kick off with each team playing in quarter final action on day one. Winners advance to the championship side of the draw, while the losing teams are relegated to a consolation round.

The UBC Thunderbirds claimed back-to-back national championships in 2018-2019 and are excited at the opportunity to capture another banner in their own backyard.

Sally Dennis, Chair of Rugby Canada: “We are excited to hear that UBC will be hosting the 2022 University Men’s Rugby Championship as they’re a great ambassador of our sport. University Rugby continues to be an integral and important part of Rugby Canada’s men’s high-performance pathway, and this tournament showcases the top university Rugby athletes who aspire to wear the red jersey. I am looking forward to welcoming the participating teams to Vancouver in just over a year from now.”

Kavie Toor, Managing Director of UBC Athletics and Recreation: “We are thrilled to be hosting the Canadian University Men’s Rugby Championship. There is such a robust Rugby culture throughout the Lower Mainland which has no doubt impacted our strong Thunderbirds tradition of excellence at UBC. We look forward to welcoming the best Rugby teams from across the country and showcasing this premier event to our tremendously supportive alumni and valued community.”

Jeff Chan, co-founder and chairman of the 2021 CUMRC Board: “We are extremely pleased the University of British Columbia was successful in its bid to host the 2022 championship. We are confident UBC, the City of Vancouver and the Province of British Columbia will be terrific hosts, especially given UBC’s proud history of Rugby accomplishments generally, and more specifically at the CUMRC since its gold medal at the inaugural 2017 tournament, and the extensive Rugby community on the west coast. We look forward to working with the UBC Athletics Department from now through November 2022 and putting on another great tournament.”