BC Rugby’s Age-Grade Fall season closed out in style on Sunday as Mainland and Island junior Club Finals were played for the first time since 2019.

UBC’s Thunderbird Stadium and Cowichan Rugby Club hosted a fantastic day of Rugby that saw plenty of thrills and spills!

A full online photo gallery of both Island and Mainland Age-Grade Club Finals events will be released later this week. 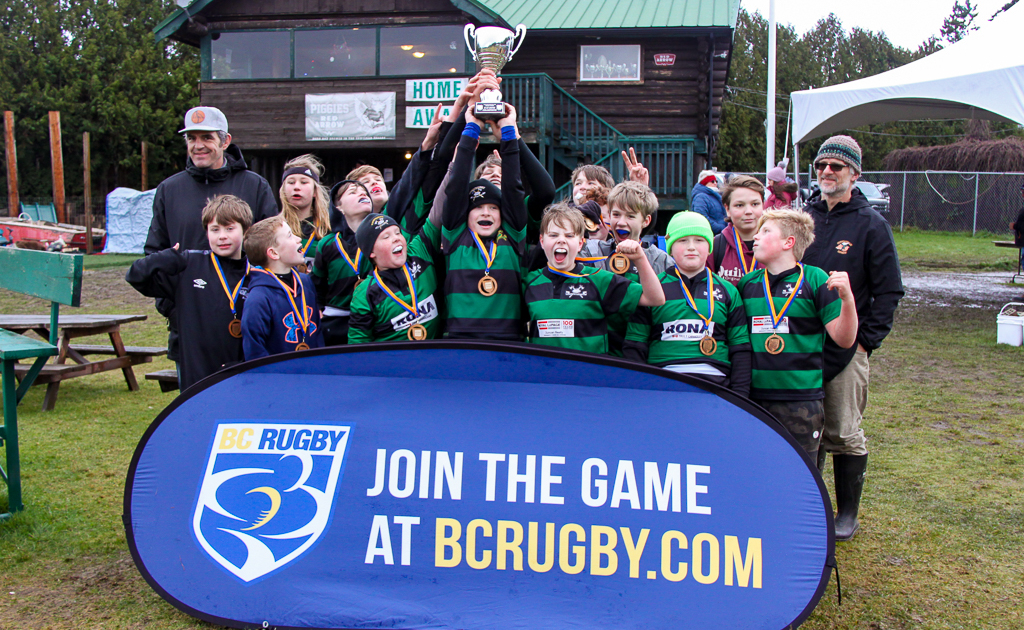 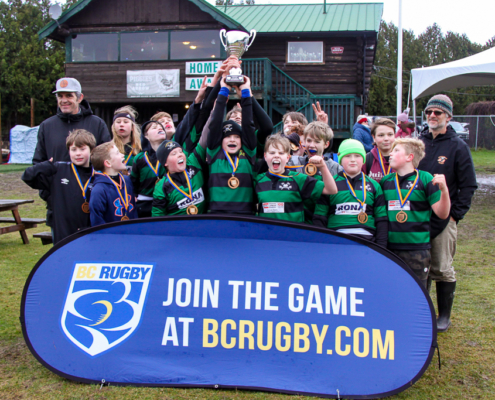 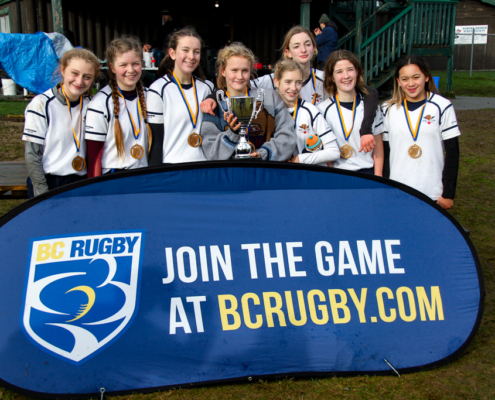 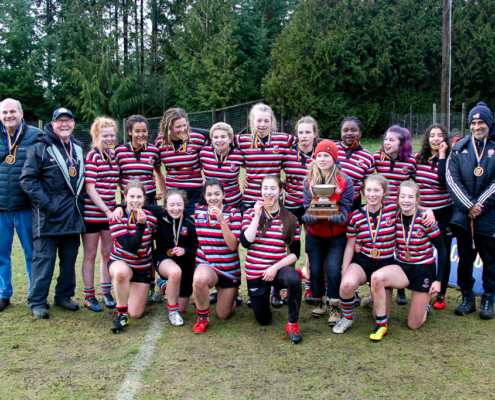 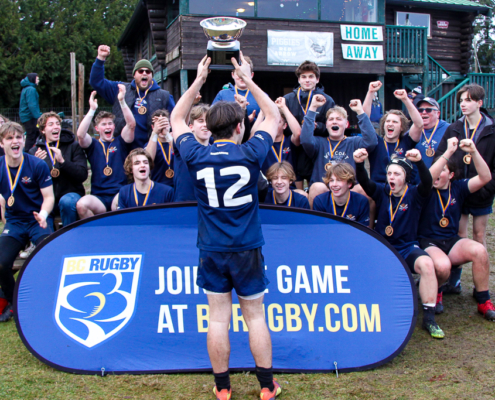 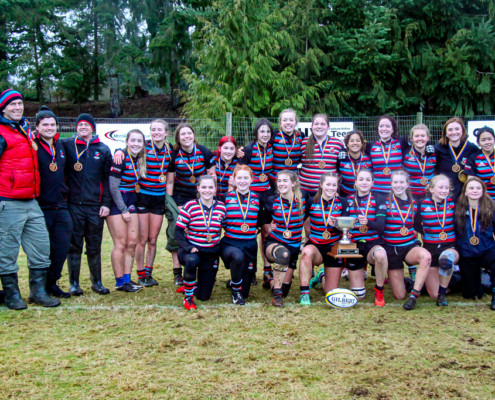 The 2021 Age-Grade Club Finals Island championships were decided on a day that saw four seasons of weather at Cowichan Rugby Club.

Rugby Canada stars Jake Thiel and Brennig Prevost were on hand to present the awards in the sun, rain, wind and snow as five Gold Medal matches headlined a tight schedule.

Two third-place matches kicked off the day’s action just outside of Duncan, BC. In the U14 Girls third-place match, Rapids Rugby ran out 77-14 winners against hosts Cowichan before Westshore RFC defeated Cowichan 45-22 to clinch third place in the U16 Girls league.

However, Cowichan claimed the first medal of the day as they enjoyed a 63-24 victory over Rapids in the U13 Boys Gold Medal match.

Castaway Wanderers were crowned U16 Girls Island champions with a 51-5 victory over Rapids.

James Bay AA lifted the U14 Girls championship with a 37-14 win over Westshore RFC, before the James Bay AA  defeated Castaway Wanderers 36-17 for the U17 Boys Championship.

In the final match of the day, Castaway Wanderers claimed their second trophy of the afternoon with a 31-25 victory against Rapids in a tense U19 Girls Gold Medal match, refereed by Julianne Zussman! 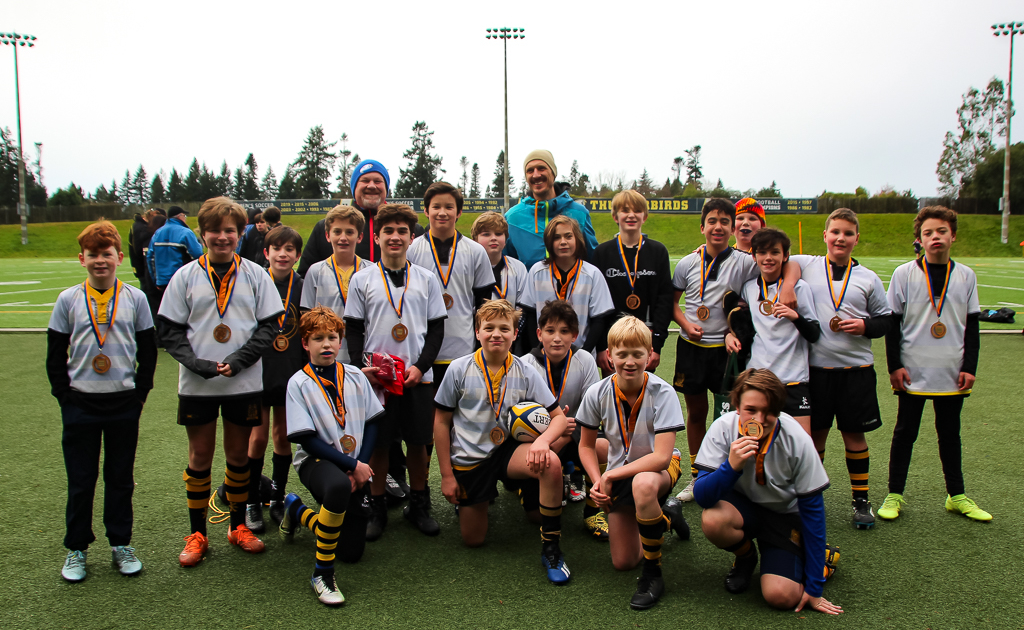 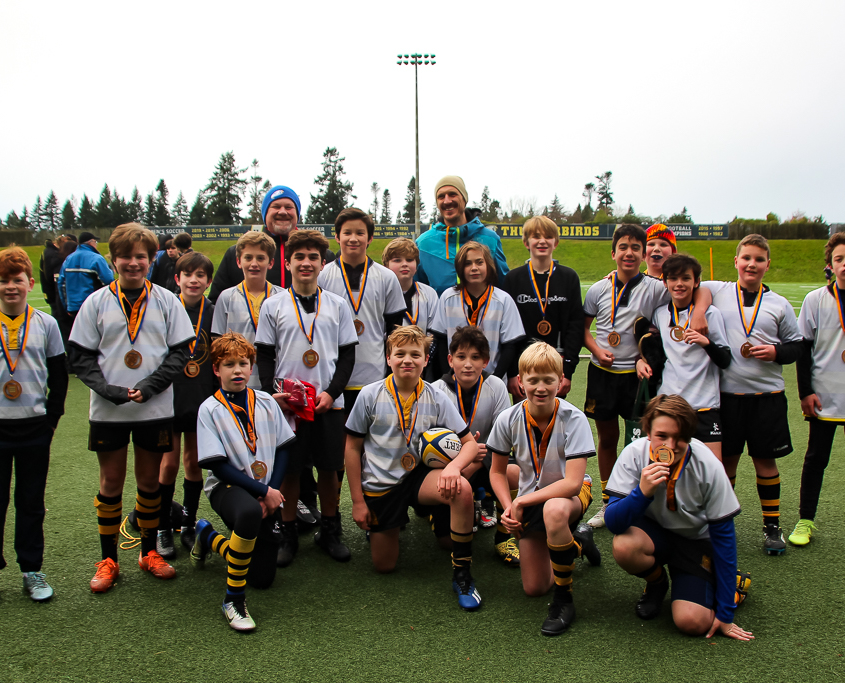 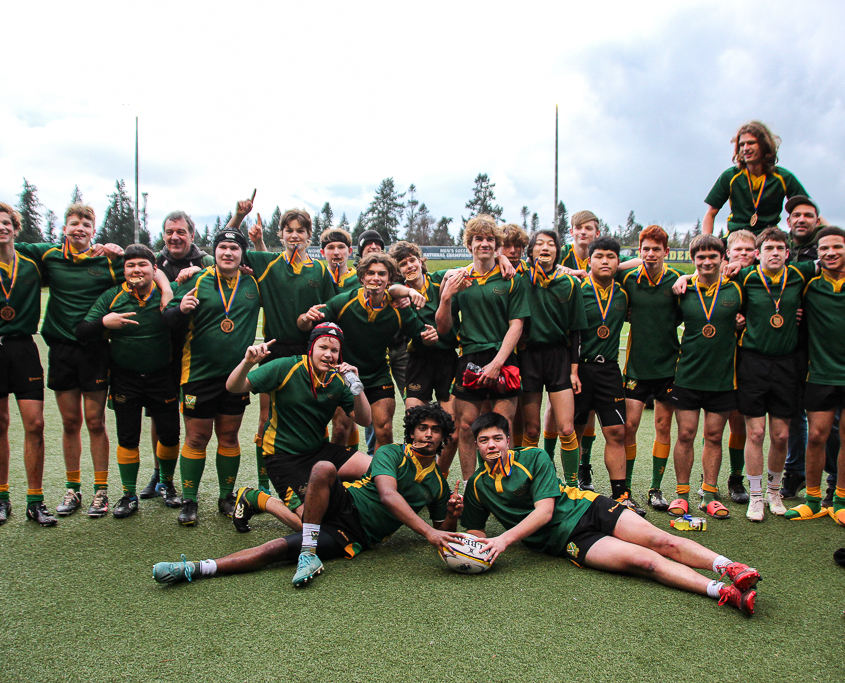 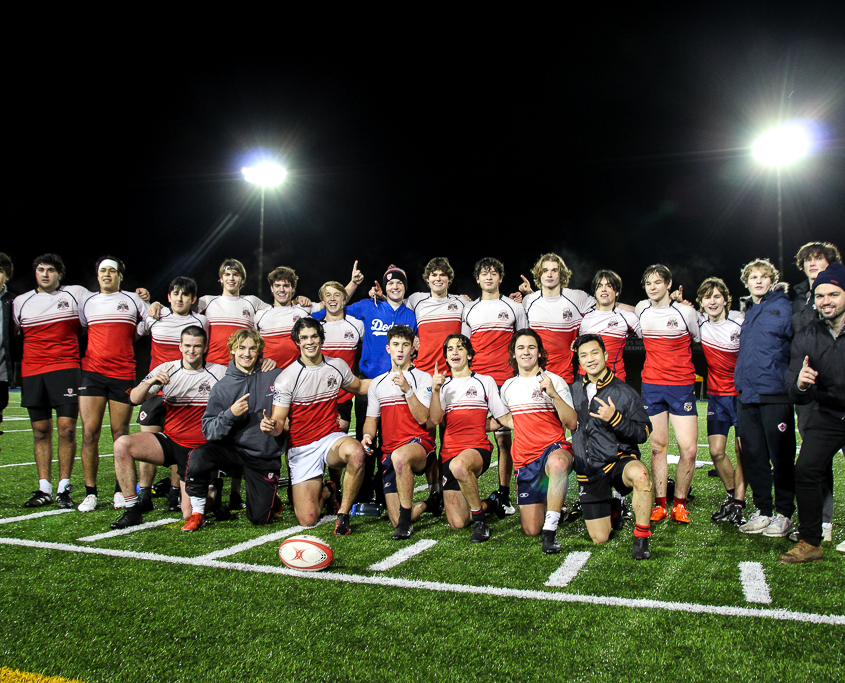 Following the 2021 Mainland Girls Age-Grade Club Finals on December 5, the Boys Finals were concluded at UBC’s Thunderbird Stadium on Sunday.

In the opening match of the day, Capilano Black and Capilano Gold played out an end-to-end U13 Boys Gold Medal match with Gold running out 60-55 winners.

Bayside and Capilano played out the most exciting encounter of the day in the U17 Boys third place match. The teams were locked at 32-32 before Capilano sealed victory on the tie-break.

The U17 Gold Medal also lived up to the bill as Langley RFC edged out Meraloma 22-21 for the championship.

Bayside enjoyed a comprehensive 55-5 win over Burnaby Lake in the U19 Boys third place match, before UBCOB Ravens lifted its second championship of the day with a 41-0 triumph over Langley RFC in the U19 Boys Gold Medal match.

BC Rugby wishes to thank all Clubs, players, coaches, officials, and volunteers for all their hard work in a competitive Fall season. It is truly great to see junior Rugby back on the calendar – we cannot wait to welcome you all back in 2022!