A Lasting Legacy: How Two Veterans Left Their Mark On BC Rugby

The impact the World Wars had on society, sport and how we live are still being felt today. However, connections made in some of the toughest times in recent history have, over the years, blossomed across oceans.

At this poignant time of year, it is important to recognise those who sacrificed everything in war and remember those who did not return home.

Ahead of this Remembrance Day, BC Rugby spoke to Priest Valley Vicars stalwart Bill Lang about an exciting family discovery in an old photograph. 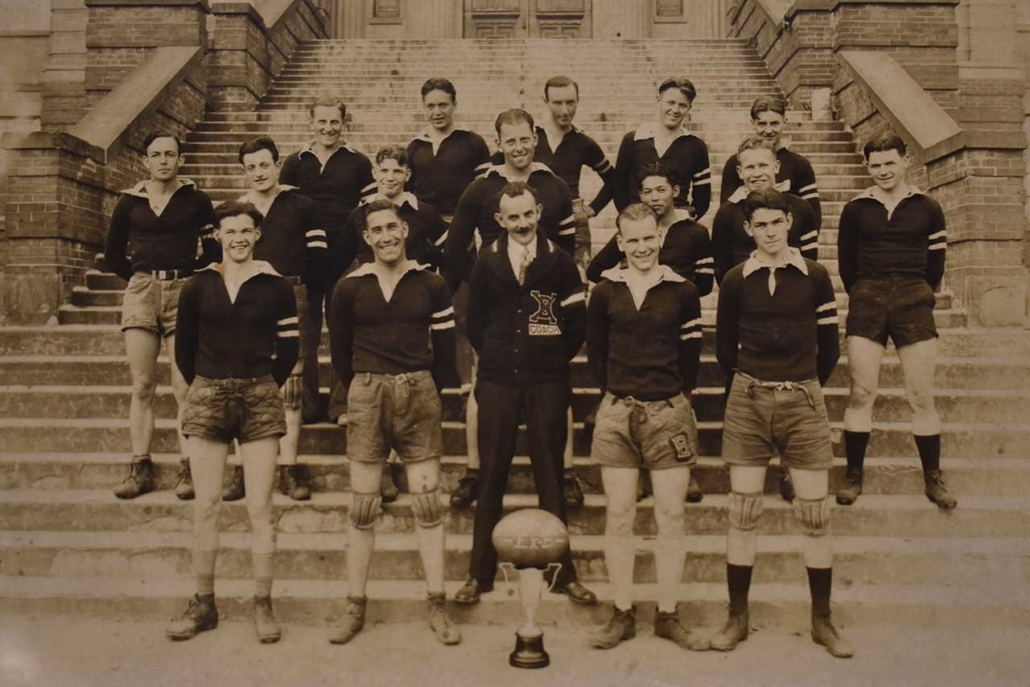 The Photograph That Started It All

Bill Lang: I have been married twice. My first wife was Ann. She passed away and then I married Tracey. I am a former history teacher, so in my retirement I started doing some family research on both sides.

Ann’s grandfather, in the centre of the photograph, was a man called Harold ‘RIP’ Northrop. Harold was a fighter pilot in World War 1. He crashed his plane on the Allied side in France after he was shot down. Luckily, he survived the incident – a rare feat – so his friends nicknamed him ‘RIP’.

‘RIP’ Northrop was born in the city of Bradford, Yorkshire in England in 1894, where his family is from. He moved to Vancouver and studied Law at university in 1914. However, World War 1 soon called, and ‘RIP’ quit university and signed up for the 72nd Canadian Battalion, which merged into the Canadian Expedition Force. ‘RIP’ was interested in being an aviator, and he was quickly transferred to the flying core of the British Armed Forces. At 24 years old, ‘RIP’ headed to war in France.

In 1921, ‘RIP’ returned to Canada and ran a Cadet group as a Lieutenant out of Victoria, BC. He then attended UBC, where in 1923 he graduated with an education degree at 29 years old. ‘RIP’ began teaching immediately at Britannia School in east Vancouver and, in 1924, became involved in two programs outside of his teaching role: Rugby and a military club, where men would parade and march.

‘RIP’, who finished his teaching career at Point Grey High School, had a big influence on those he taught and coached. Many of the boys who bonded with him wanted to keep Rugby going in the community. So ‘RIP’ formed a men’s Rugby club, made up of his former high school students, and called it Ex-Brits RFC. The club would later become known as the Brit Lions RFC which, to this day, continues to run in the City of Delta. 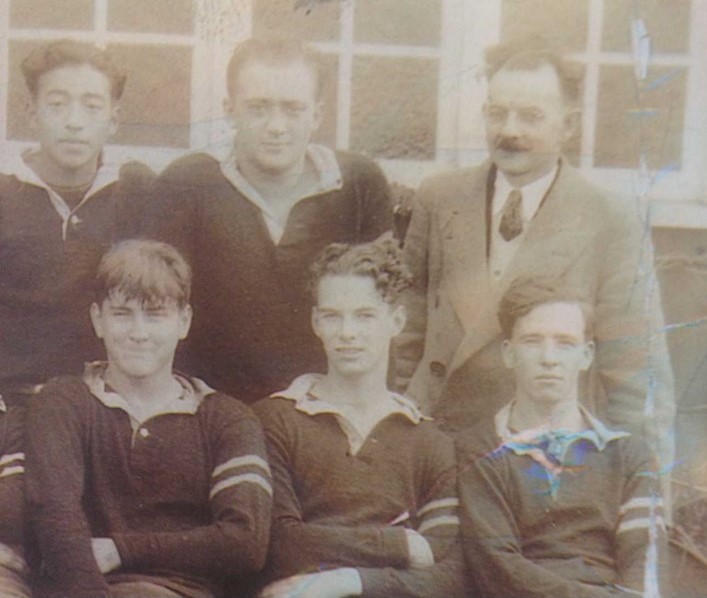 It was at this point that Tracey Lang’s grandfather, the second man in Bill’s photograph, came into the scene.

Orville John Moscrip was born in Manitoba in 1913, and had Scottish heritage through his grandfather. After moving to Vancouver, Orville attended Britannia High School and played Rugby for the school team under ‘RIP’. He joined RIP’s military marching group and, after leaving school, played for the Ex-Brits RFC.

A true Rugby enthusiast, Orville became president of the BC Rugby Union and (eventually) an honorary lifelong member of the Vancouver Rugby Union.

When World War II began, Orville answered the call and was granted leave from the BCRU to join the war effort. Much like his old mentor ‘RIP’, Orville chose to go into Airborne and became a Bombardier with the Lancaster and Halifax Bombers that flew over Germany, as part of the Allied Forces. Ironically, despite their shared interest military aviation, neither ‘RIP’ nor Orville pursued aviation further once they returned home from war.

After WW2 ended, Orville returned to BC and married Eve Boury. Orville and Eve eventually ended up on BC’s Sunshine Coast, living in Gibson and Sechelt. While in Gibsons, Orv met a group of former military men who loved playing Rugby. Together they formed the Gibsons Pigs, which became a formidable club throughout its years.

Orville John Moscrip died in 1979 and is buried in Vancouver, as is ‘RIP’. 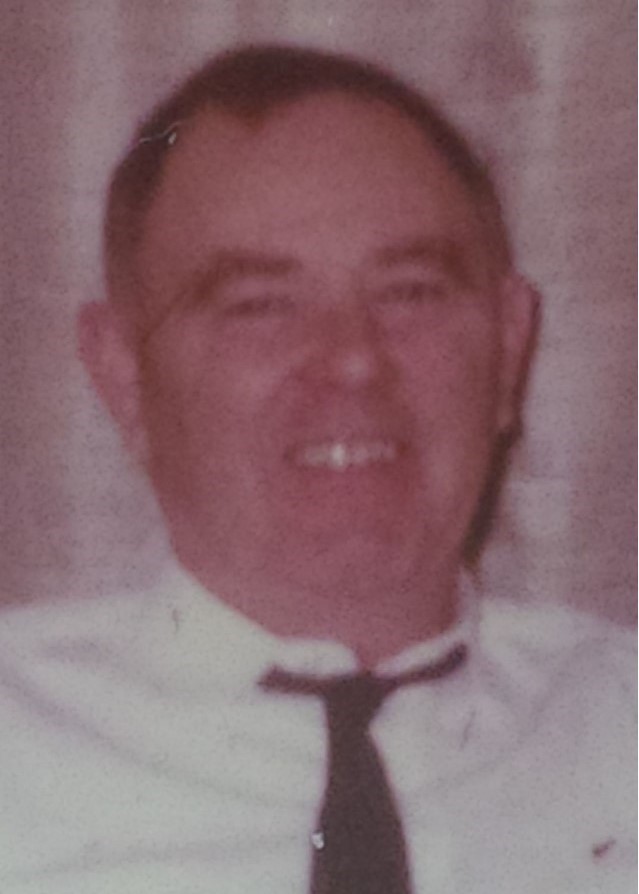 For Bill, connecting these two families through their shared love of Rugby has been a joyful surprise.

Bill: My best man was my former wife’s brother, James Northrop. These two families have never met, the existing groups. I sent this picture to James, saying can you identify your grandfather, just to be sure. So, he put a circle around him and sends it back. I put a circle around the other guy and say this is Tracey’s grandfather. James phones me and says ‘That’s impossible!’

Rugby has been a constant in both families since, with many descendants on each side enjoying our sport as a player and a fan.

Rugby brings people together – whatever the circumstances.

BC Rugby wishes to thank Bill Lang for letting us tell his story.

A newspaper cutting from 1943 detailing Orville Moscrip's leave of absence as president of BCRU.
Langford To Host MLR Match in February 2022