The 2022 Western Canada Championships made a successful return to the calendar after three thrilling days of Age-Grade Rugby wrapped up at Parkinson Recreation Park in Kelowna, BC.

For the first time since 2019, teams from BC, Manitoba, Alberta, Saskatchewan and the Pacific Northwest Loggers played competitive Rugby against each other amid hot and testing conditions in the Okanagan.

Six BC Bears teams battled hard over the course of the championship and topped the standings across U16 and U18 Boys and Girls Divisions. The BC Bears U23 Women’s Team also enjoyed a successful return to action with two victories in their double-header against the Alberta Wolfpack.

The lush fields of Parkinson Recreation Park provided an ideal playing surface for some great Rugby moments that had enthusiastic crowds of parents and fans on their feet throughout. 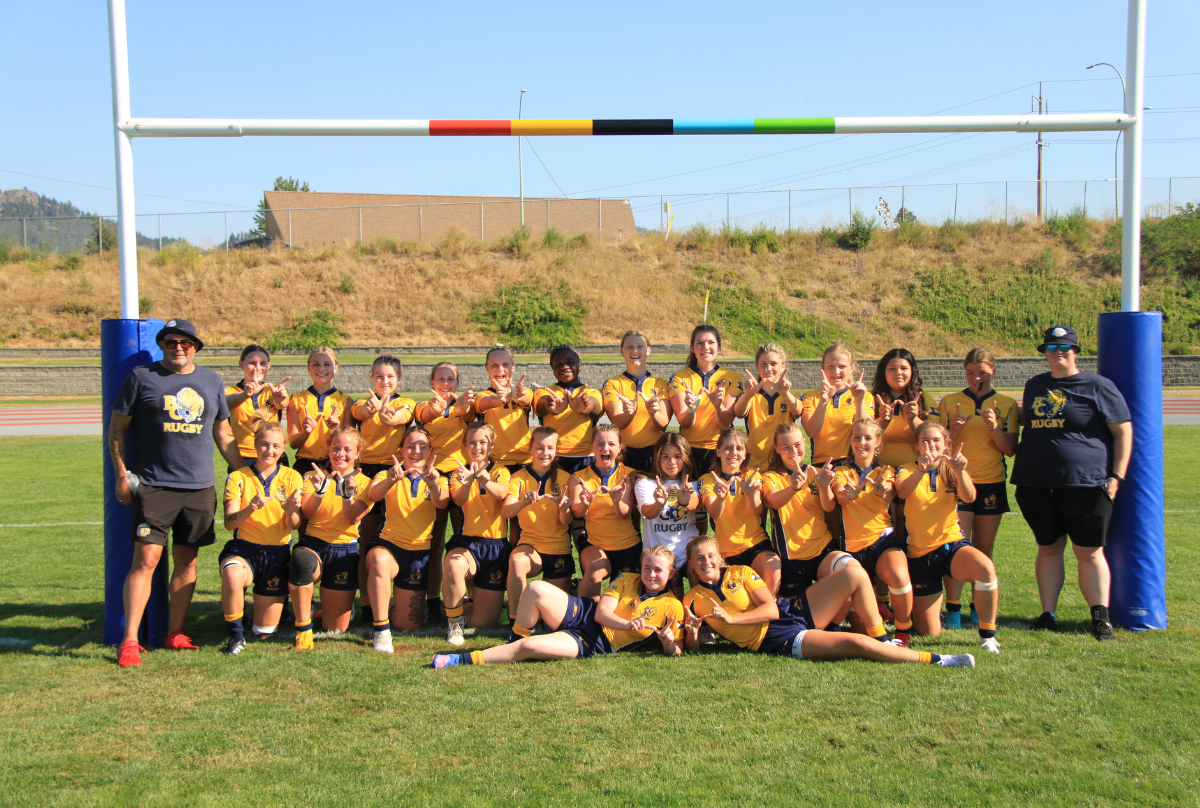 The U16 Girls Division saw the BC Bears compete alongside Rugby Manitoba, Alberta Wolfpack and the Pacific Northwest Loggers.

The BC Bears U16 Girls Team were favourites going into the tournament and they started strongly with two big victories over the Pacific Northwest Loggers and Rugby Manitoba, racking up 126 points and conceding only one try. Their Alberta Wolfpack rivals also went unbeaten on Day 1 after a pair of hard-fought victories over Rugby Manitoba and the Loggers.

That set up a tantalising, highly anticipated clash between the Bears and Wolfpack on Saturday, with BC putting in an impressive performance to subdue their opponents in a 33-7 win. That victory put the BC Bears through to the semi-finals as top seeds and set up a clash against Rugby Manitoba, who were beaten 14-0 in their earlier Day 2 fixture against the Pacific Northwest Loggers.

With slick attacking play and a solid defence, the BC Bears eased past Rugby Manitoba to reach Sunday’s final, where they were reunited against old foes Alberta following the Wolfpack’s 5-0 semi-final win over the Loggers. The Loggers reacted strongly to beat Rugby Manitoba 19-0 in the bronze match.

The U16 Girls Final saw the BC Bears dominate possession from the first whistle. After a strong effort from the Wolfpack defence, the Bears finally broke under the posts for their first try midway through the first half. The lead was doubled in swift fashion, with a quick breakaway on the far side. Shortly after the break, the BC Bears went over twice more following some quick, accurate passing from the breakdown. The fifth and six tries were joys to behold, with two dazzling solo runs completing an emphatic 38-0 shutout win. 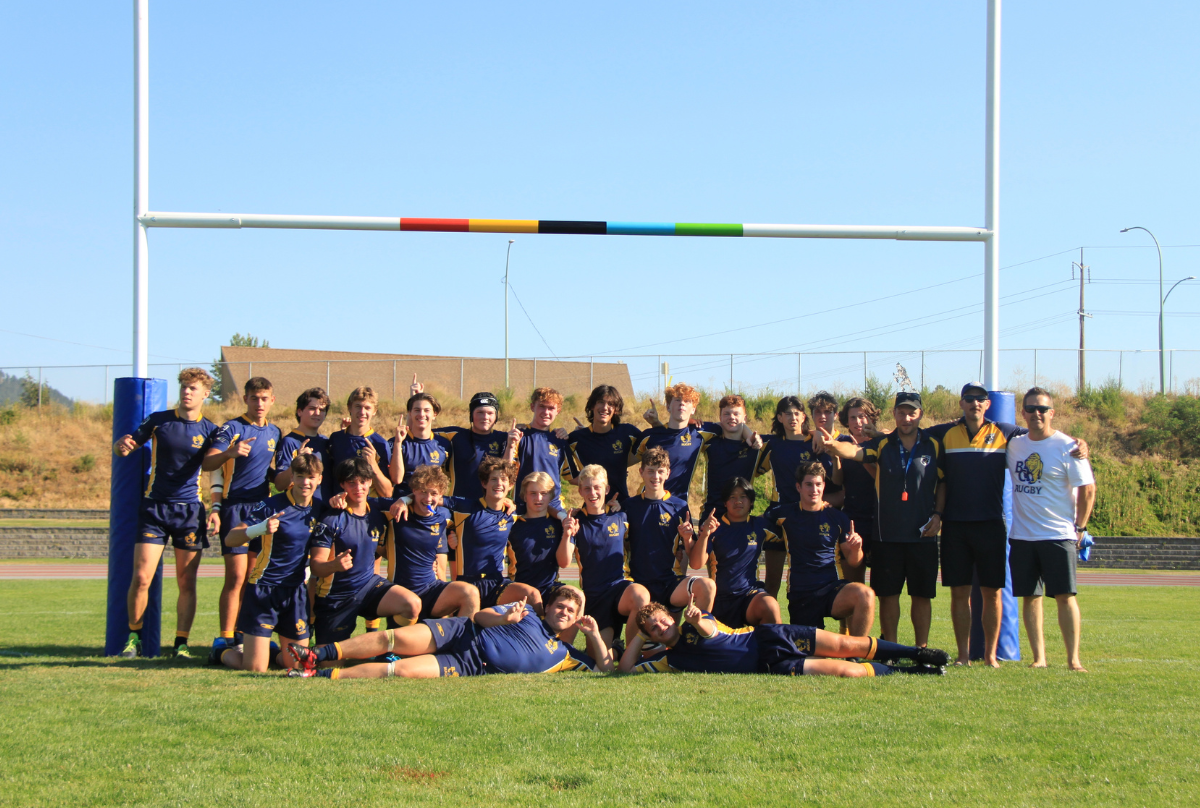 The U16 Boys Division featured two BC Bears teams – Blue and Gold – against Rugby Manitoba and Alberta Wolfpack.

The U16 Boys Division provided plenty of thrills and spills for the watching crowds, as two BC Bears teams vied for glory against each other and their Manitoba and Alberta counterparts. With slick passing, deft touches, and some brilliant tactical play on display, the U16 Boys Division showed there is a bright future for Rugby in BC.

BC Bears Blue produced the perfect balance of swift attacking play and resolute defensive work to stay unbeaten on Day 1, with two shutout wins from two matches against Manitoba and Alberta. BC Boys Gold kicked off their campaign with a 34-0 shutout win over Rugby Manitoba, before falling to a tough 22-15 loss in a physical battle against the Wolfpack.

The two BC Bears teams then went head-to-head on Day 2. Fantastic defensive performances from both sides kept the score locked at 0-0 until the final play of the game, which saw the BC Bears Blue team clinch a 3-0 victory with a coolly converted kick in the final moments.

That put the BC Bears Blue team into the semi-finals as top seeds, where they defeated Rugby Manitoba 40-0 to set up another clash with Alberta in Sunday’s final. The Wolfpack saw off Manitoba before edging a hotly contested 12-0 semi-final triumph over the BC Bears Gold team. The Gold team finished strongly with a 48-0 win over Rugby Manitoba to clinch third place.

The U16 Boys Final kicked off Sunday’s action at the Apple Bowl Stadium, with BC Bears U16 Blue and the Alberta Wolfpack playing out a classic in front of a loud crowd. After a nervy start from both teams, BC Bears took the lead with a well-worked try in the corner shortly before the half-time whistle. The Wolfpack were energised after the break and made early pressure pay, finding the gap through the BC Bears defence to score under the posts. The Bears responded and took advantage with some quick play to inch over the line again. However, with minutes remaining on the clock, Alberta drew level with a powerful try and excellent kick. With the scores tied at full-time, the teams went into sudden-death over-time. Following some patient build-up play, the BC Bears clinched a 19-14 victory in style with an emphatic try in the corner after a high kick. 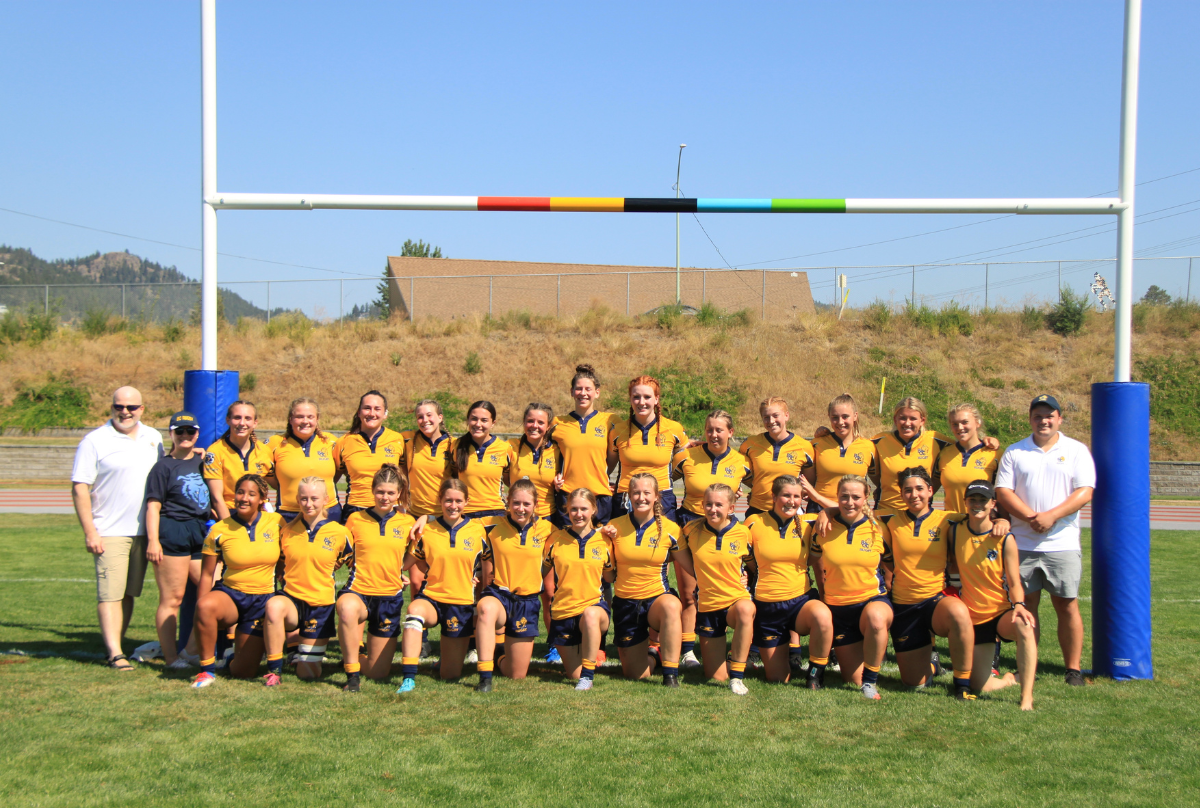 The U18 Girls Division comprised of the BC Bears, Alberta Wolfpack and a joint Manitoba-Saskatchewan team.

The BC Bears U18 Girls team went into the 2022 competition as favourites and dominated from the beginning, with a 38-0 shutout win against Manitoba-Saskatchewan. The Bears were as formidable in defence as they were in attack, finishing off some superb sweeping moves to keep their opponents at bay.

That victory put the Bears in strong position heading into their second fixture on Day 1 against the Alberta Wolfpack. With the heat getting stronger in Kelowna, the Bears left everything out on the field to grind out an important 17-7 win over the Rockies team. Alberta, meanwhile, finished the day strongly with a 22-0 victory over the combined Manitoba-Saskatchewan team.

Saturday’s action kicked off with the Wolfpack defeating Manitoba-Saskatchewan 15-0 thanks to some neat attacking play. The BC Bears U18 Girls continued their good form in this division with a resounding 32-0 win over Alberta to secure the top seeding going into Sunday’s final day, with the Wolfpack taking second seeding.

The U18 Girls Final between the BC Bears and Alberta Wolfpack wrapped up Sunday’s Age-Grade games at the Apple Bowl. The Bears team raced out of the blocks, finishing a sweeping move on the far side to score the opening try of the match. The Wolfpack grew into the game and a period of pressure paid off, as they capitalized on a series of penalties against the Bears defence to score shortly before the break. Not to be deterred, the BC Bears continued to show strength in the rucks and took full advantage of a tap-and-go penalty to cross over the line and claim a 12-5 victory. 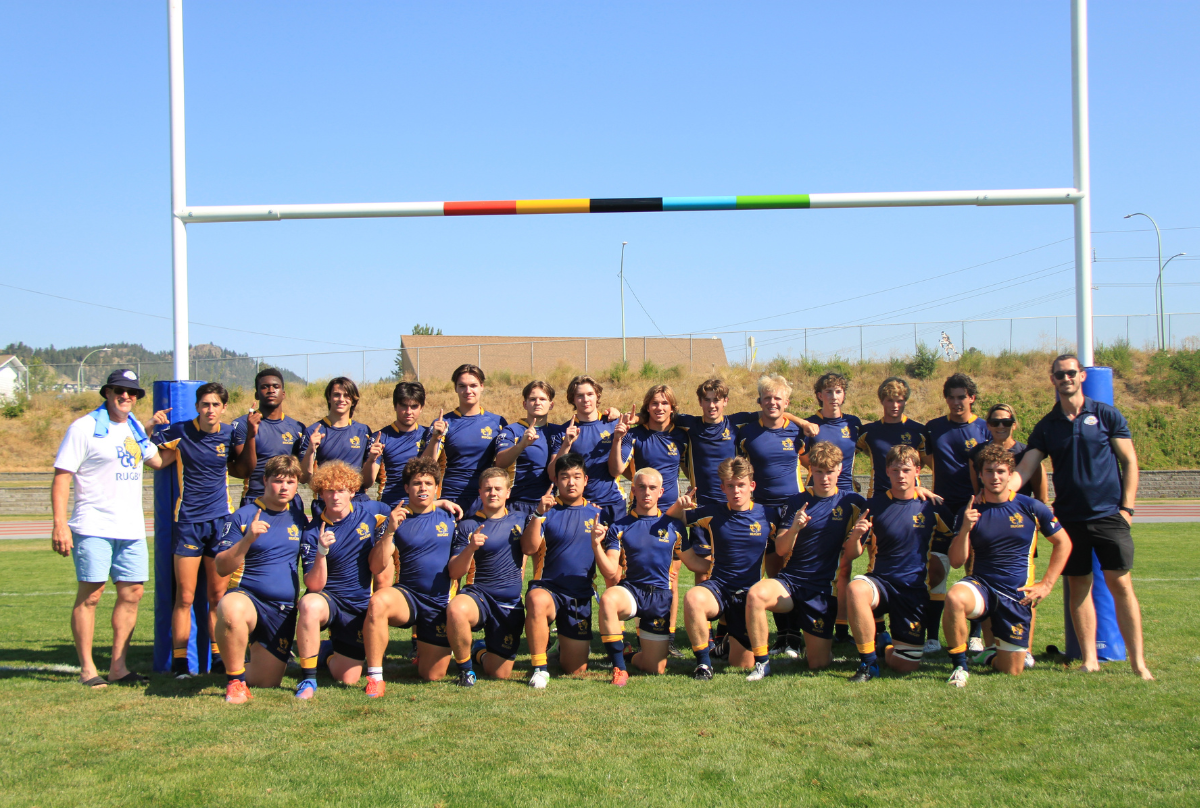 The U18 Boys Division included two BC Bears teams – Blue and Gold – alongside Alberta Wolfpack, Manitoba Rugby and Saskatchewan Rugby.

With two BC teams in the U18 Boys division, expectations were high for the home side and all eyes were on which team would prevail in the standings. The BC Bears Blue team enjoyed an unbeaten start to their 2022 Western Canada Championship campaign and did not concede a single try in their first two matches on Friday. Kicking off with a 28-0 win over Manitoba, the Blue team looked slick and dominated from the first whistle. They carried that form against Saskatchewan with another clinical display to secure a 31-0 triumph in hot conditions.

The BC Bears Gold team finished Day 1 with one victory and one defeat. After opening with a 31-0 shutout win against Saskatchewan, the Gold team faced a tough Alberta Wolfpack side in the searing heat. The Wolfpack proved difficult to break down in a physical encounter, and held firm for a 12-10 win over the Bears.

Both BC Bears Blue and Gold teams kicked off Day 2’s action in Kelowna with hard-fought victories. The Blue team scored an 8-0 win against their Alberta rivals, while Gold also enjoyed a 10-0 shutout win over Rugby Manitoba. Elsewhere in the division, the Wolfpack bounced back from their earlier defeat with a 29-0 win against Saskatchewan. Rugby Manitoba and Saskatchewan played out a tight match, with Manitoba edging a 7-0 victory.

The final game of the day in the U18 Boys Division saw the two BC Bears teams play out a thrilling encounter on home soil. After a tight-knit, topsy-turvy affair, the Gold team looked to have stolen victory with a last-minute penalty. However, the Blues replied instantaneously and scored a try with the final play of the game to seal an emphatic 12-10 triumph.

Sunday’s final saw the BC Bears U18 Blue take on Alberta Wolfpack in a pulsating Apple Bowl encounter. The Bears inched ahead following a smart run and offload that was finished on the near side. With tensions rising, the Wolfpack was penalized with a yellow card for a high tackle. After a physical battle, the BC Bears put daylight in the score with a hard-fought try under the posts. The Bears added further gloss with a sweeping third try on the left following two smart offloads for a resounding 19-0 win. 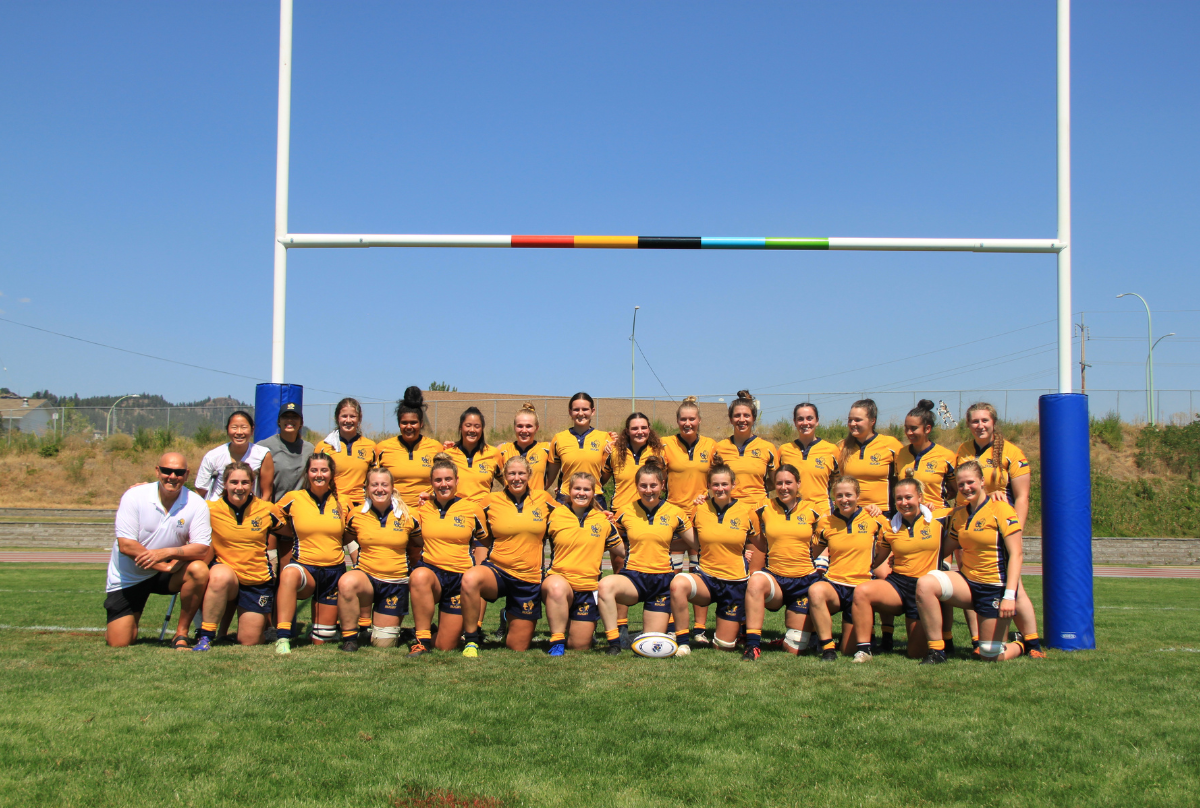 The BC Bears U23 Women’s team enjoyed a successful weekend in Kelowna, producing two big performances to secure victory in their exciting double-header against the Alberta Wolfpack.

Under the stewardship of Head Coach Dean Murten, the BC Bears U23 Women were formidable in attack their opening match against the Wolfpack on Friday evening. With the teams evenly matched over the opening 15 minutes, the Bears began to shift through the gears and put relenting pressure on their opponents. Once the floodgates opened, there was no stopping the Bears as a combination of pacey, swift attacks and expansive Rugby gave the home side a deserved 32-0 win in front of an enthusiastic crowd at Parkinson Recreation Field.

In Sunday’s second match, Alberta were out for revenge and started swiftly with a well-worked try in the opening minutes. The Bears replied scoring three fast tries without reply following excellent build-up play. The Wolfpack were not dismayed, though, and scored their second try after a battling attack to close the gap before half-time. The Bears refocused with two fast breakaway tries after the break to move into a three-try lead. However, Alberta again hit back to reduce the deficit to eight points with 20 minutes left. The Bears regained composure with another converted try to extend their lead back to 15 points. Despite Alberta enjoying much of the ball in the closing stages, the Bears stood firm with some crunching tackles ensuring a 32-17 win and their second victory of the series. 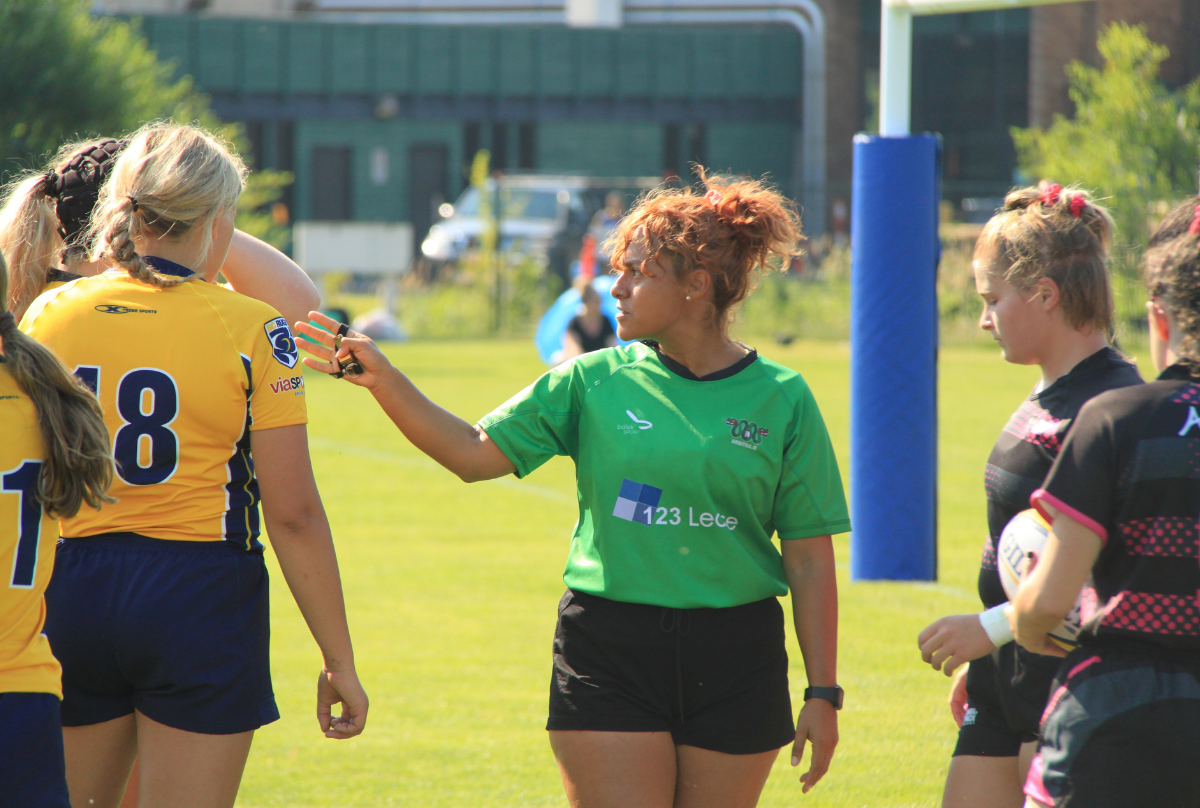 BC Rugby wishes to give a huge thank you to everyone who made the 2022 Western Canada Championships a joy to host, including teams who travelled from Alberta, Manitoba, Saskatchewan and the Pacific Northwest.

We would like to thank all athletes, Coaches, Team Managers, Officials, Therapists and Volunteers for their hard work, dedication and commitment throughout the weekend. 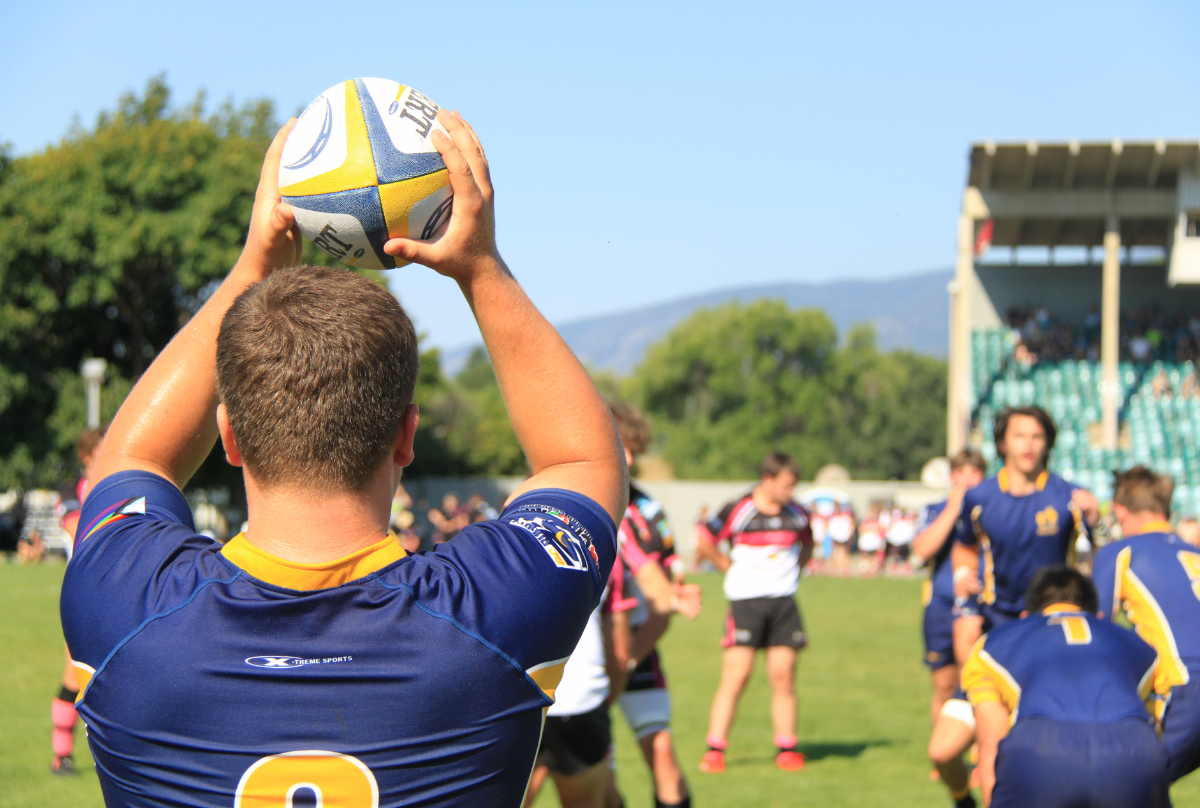 ABOUT THE WESTERN CHAMPIONSHIPS