BC Rugby is delighted to announce the return of a full Fall/Spring Senior Club Season for the first time since 2019/20.

The 2022/23 Senior Club Schedules have been confirmed for nine divisions across Senior Men’s and Women’s competitions, including the BC Rugby Men’s Premier League sponsored by ONNI.

The Women’s Premier League will return in Spring 2023, with all Women’s teams competing regionally across four divisions this Fall. Age-Grade and Mini Rugby and Masters Rugby all returning in September.

We can’t wait to welcome back all Members – new and returning – to the pitch, kicking off what we hope will be a busy 2022 and 2023 for all participants. Make sure you register as a BC Rugby Member ahead of the new season now! 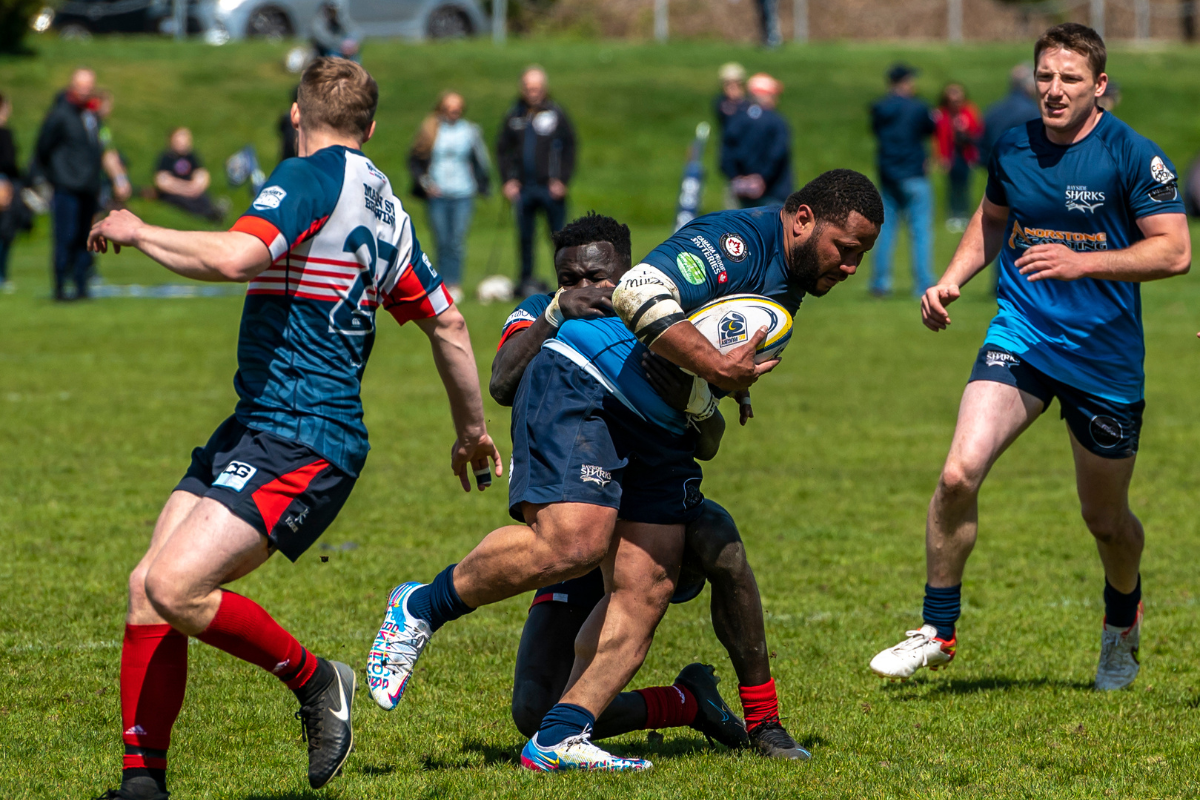 Featuring a slightly different structure than previous years, a total of nine BC Rugby Senior Leagues will take place throughout Fall 2022. All Senior Men’s teams will contest a full Fall/Spring schedule across divisions, while the Senior Women’s teams will compete regionally throughout the Fall across three Mainland and one Island divisions. The BC Rugby Women’s Premier League will return in Spring 2023.

The Men’s Premier Reserve League returns to competition this season, alongside Men’s Division 1, Division 2 and Division 3.

All Senior Leagues will begin on September 10, 2022 and will run until November 19, after which there will be three successive weekends of regional Cup competition. All Leagues will break for winter between December 17, 2022 and January 28, 2023, with fixtures resuming again on February 4, 2023. No Senior Club fixtures are scheduled for the weekends of Thanksgiving (October 8-9), Family Day (February 18, 2023), March 4 and Easter (April 8, 2023).

The 2022/23 Senior season will culminate in Playoff weekends on April 15 (quarterfinals) and April 22, 2023 followed by Championship matches at the BC Rugby Senior Club Finals on April 29, 2023. The Men’s Premier League Reserves and Men’s Division 1 will contest a Crossover Playoff weekend on April 1, 2023 to determine which teams will compete the regular Playoffs.

The Men’s Premier League presented by ONNI will see 12 Clubs battle it out for the Rounsefell Cup, including the return of Seattle RFC. Starting September 10, teams will play six regional rounds to kick off the new season before fixtures revert to usual format on October 29, 2022. Following the winter break, teams will play a further seven fixtures before the Easter break and BC Rugby Senior Club Playoffs.

The following Clubs will contest the 2022/23 BC Rugby Men’s Premier League presented by ONNI: 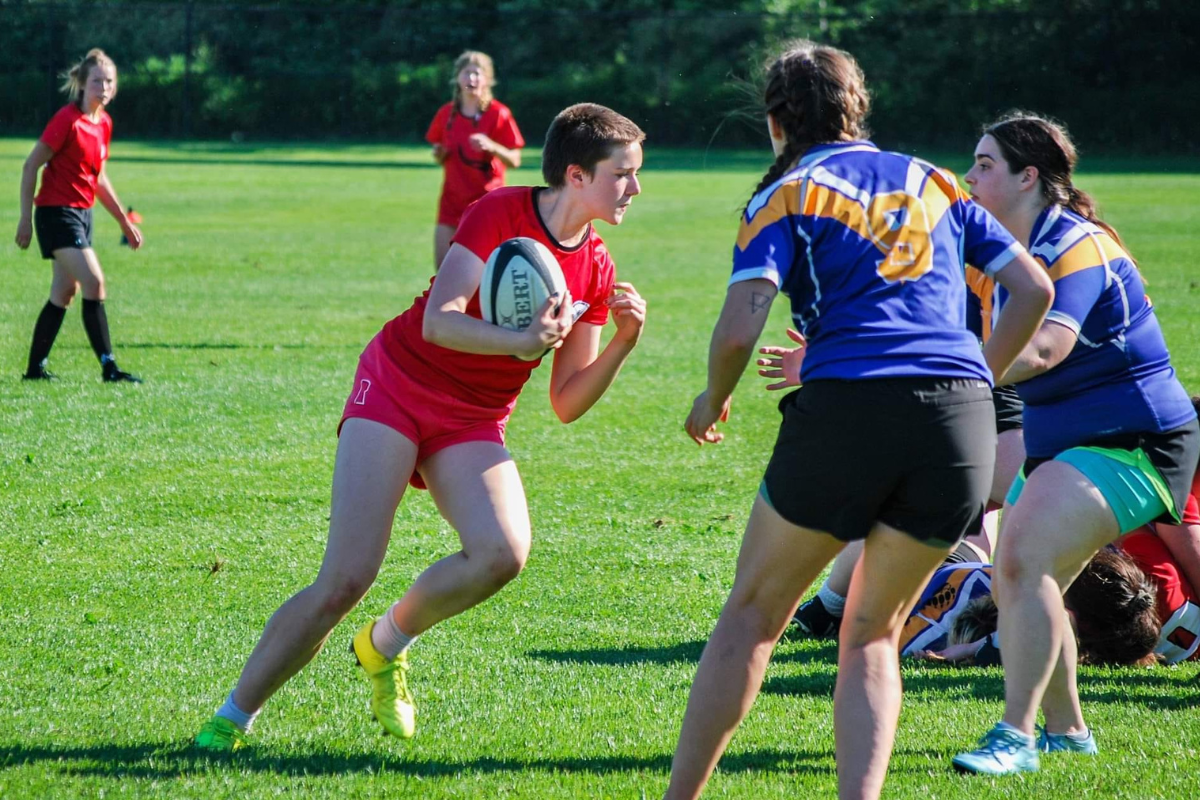 GET FIXTURES ON THE BC RUGBY APP

The BC Rugby app is the perfect way to view Club fixtures and results for the upcoming season. You can favourite your Club/League to personalise your feed. The BC Rugby app also features important Safe Sport information, such as Concussion protocol and Mental Health Resources in BC. 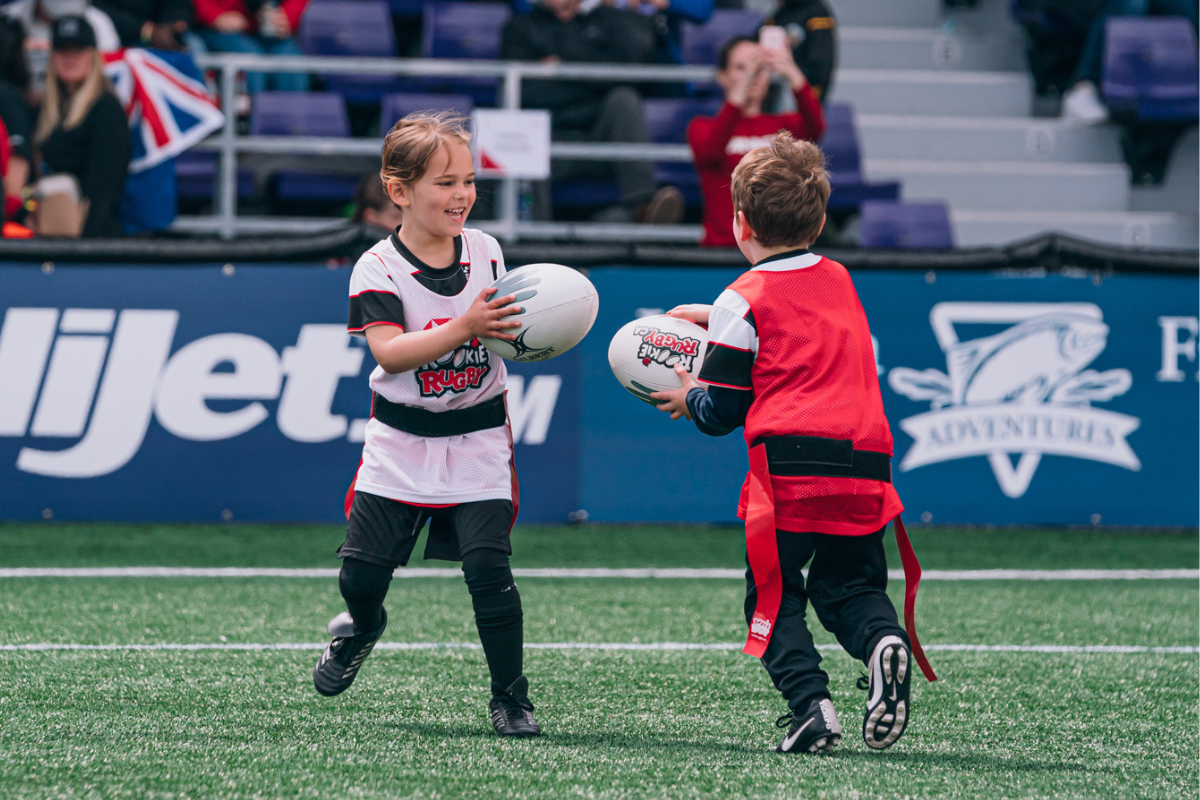 AGE-GRADE AND MINI RUGBY BACK!

Age-Grade and Mini Rugby is back with a bang!

The 2022/23 Age-Grade Club season will begin with regional Rugby 7s jamborees from September 18-October 2, 2022 ahead of the Kamloops 7s over Thanksgiving weekend on October 8-9.

The Age-Grade Club season will then begin on October 16, 2022: this competition will run for six weeks with Regional finals held on November 27, 2022 and Mainland-Island crossover Finals held on December 4, 2022 at Cowichan Rugby Club in Duncan.

A reminder that U14, U16 and U18 Age-Grade Bandings will be used for the 2022/23 season across Boys and Girls Divisions. Bandings and Birth Year Charts can be found here.

The 2022-23 Mini Rugby season will consist of zone/regional jamborees across the North and South of Vancouver Island, Vancouver and Sea to Sky, Tri-Cities and Fraser Valley from September 18, 2022 to May 21, 2022, with a break in December, January and February. More details and full schedule will be released later. 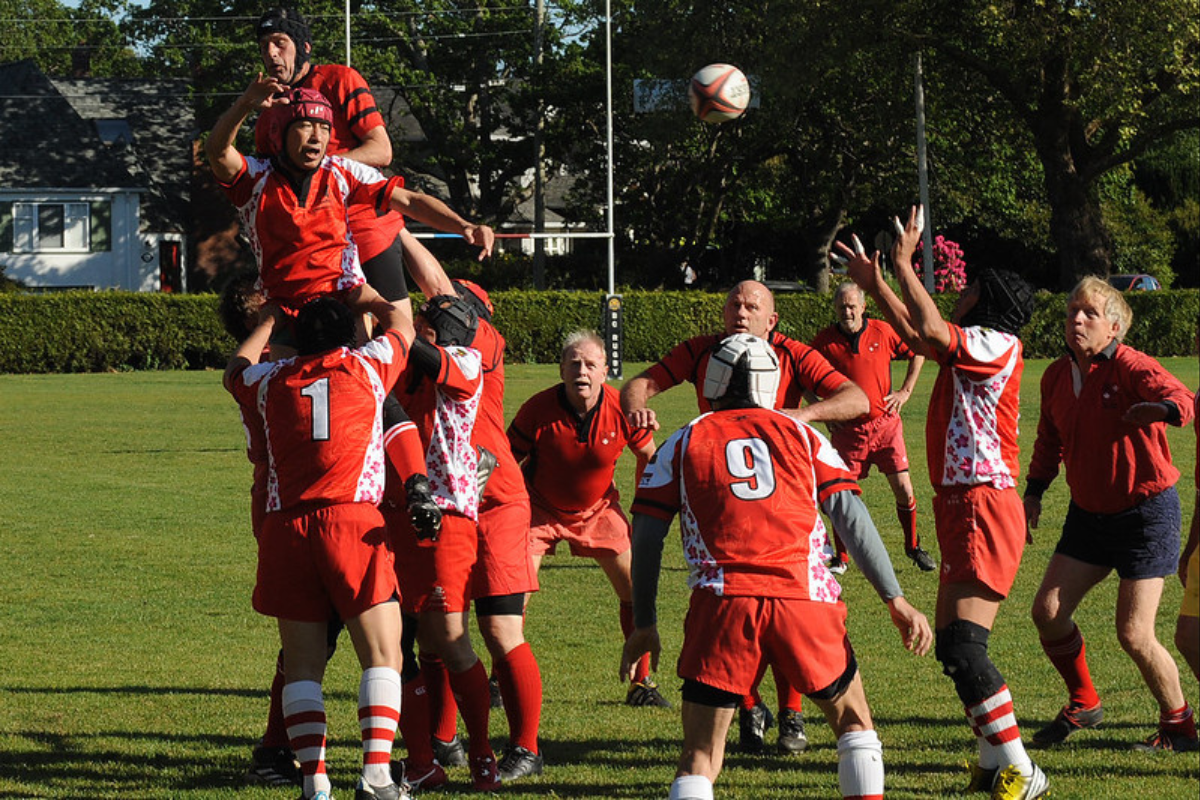 Nine Clubs will contest the 2022/23 Masters schedule that runs from September 18 though to April 2023.

A special mention for Ebb Tide RFC, celebrating its 50th Anniversary year this coming October. Congratulations to all at Ebb Tide!

Masters Rugby is a format traditionally played by players 35+ years or older. It is a social form of contact Rugby for those who maybe cannot train or play as hard as they used to.

Masters is centred around the core values and traditions of contact Rugby, often pitting old friends and foes against each other – making bonds that last a lifetime across generations! Masters allows both seasoned players and newbies an opportunity to bond over fond memories while playing the sport they love most.

Click here to view the BC Rugby Masters Rules of Competition and see below for the teams competing the Pacific Northwest Over 40s Rugby Union: 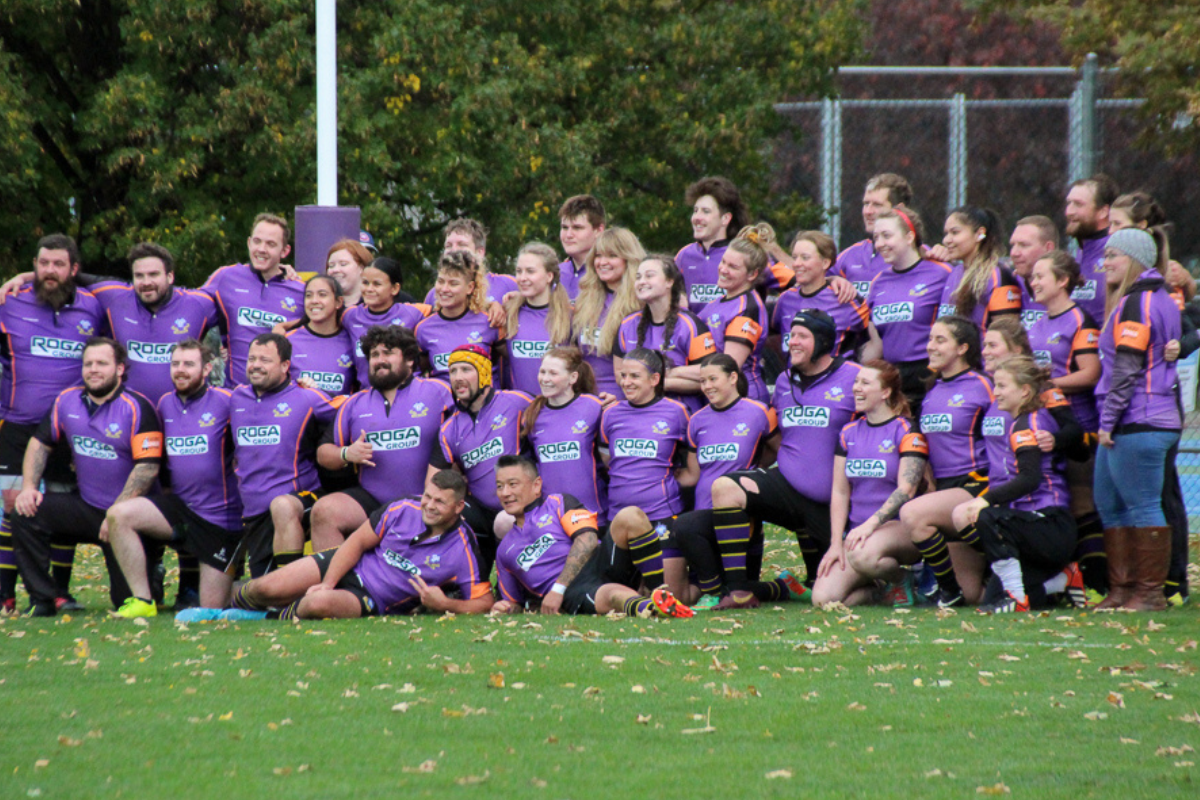 GET PREPARED FOR THE NEW SEASON

When it comes to Rugby, safety and player welfare is the most important thing. Whether you are playing Senior Rugby for your Club or signing your child up for Rookie Rugby, we want you to have a safe and positive experience. There are lots of resources to help protect both your physical and mental wellbeing in Rugby.

Visit our Resources section for more information on player welfare.

Learn more about Safety in Rugby by visiting our Safe Sport section or downloading the BC Rugby App now!

BC Rugby adheres to World Rugby’s policy of “Recognize and Remove” when dealing with concussions or suspected concussions. Anyone on or around the Rugby pitch has a responsibility to be aware of the symptoms of concussion and are encouraged to complete World Rugby’s online Concussion Management module. We strongly encourage parents, guardians, partners or housemates of Rugby players to complete the online module to be informed.