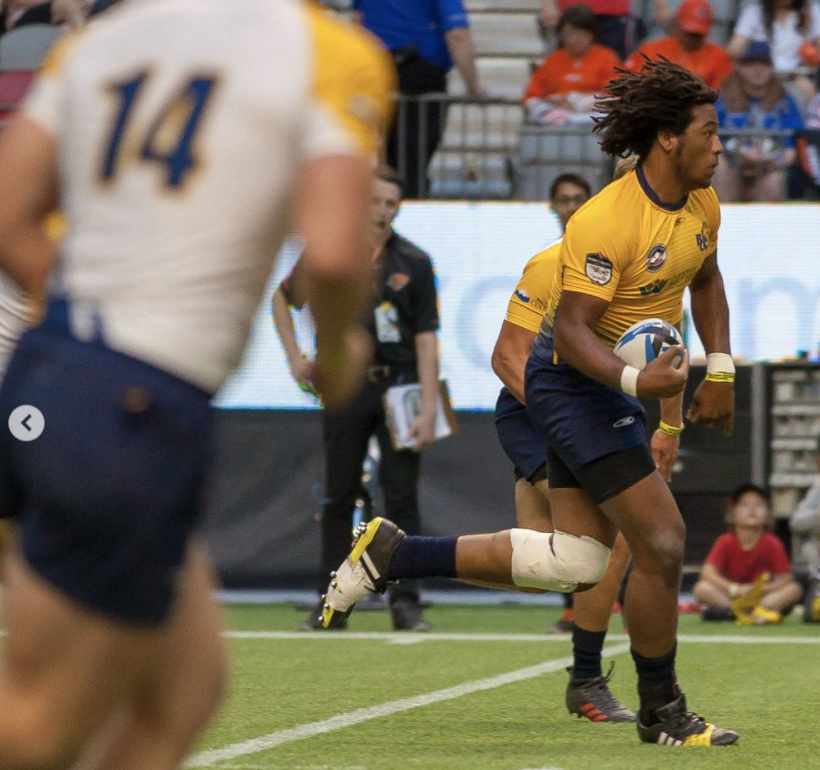 Kelly, from White Rock, BC, has always been a keen athlete. He grew up playing hockey and lacrosse in his youth but, when he got to High School, it was Rugby that caught his eye. He knew Earl Marriott Secondary School in South Surrey had a good Rugby team. After trying out both football and Rugby, Izzak settled on the latter: he enjoyed the learning process of Rugby and was keen to improve.

At High School, Kelly made the Grade 8, 9 and 10 Rugby teams. Before long, he was soon welcomed into the Club community – with the Bayside Sharks. Guided by his coaches, Izzak learned the values of Rugby and developed his understanding of the game. At Bayside, he learned about the prestige of representing Regional and Provincial Teams in BC.

Sign up for a BC Rugby High-Performance Summer Camp now

Grade 11 was a breakout year for Kelly. He had his first taste of Provincial Rugby with BC at an U16 Identification Camp, after which he was invited to the BC Provincial Team Camp. After selection as a non-travelling Reserve for a tour to Ontario, another player got injured and Kelly was called up as replacement.

After returning to the BC Provincial camps at U17 level, Kelly was selected outright for a tour to Calgary, where both he and the team performed well – BC won every game apart from the Final. He caught the eye of the Canada coaches and was invited to the Canada West Camp, where he made the shortlist for a Tour to Phoenix, Arizona.

“It made me see the fruits of my labour. The accolade – distinguishing yourself as being a certain calibre, at a certain level. It was like aiming to be a black belt in karate. You are Provincial level. Hockey and Lacrosse taught him the value of representing at Provincial level. ‘Oh, they play BC Hockey. They’re on the BC team.’ That’s something you want. When I was younger, I wanted an iPhone. In the same way, you want to be on that team. You want to be famous. I wanted to be on that BC team.” Izzak Kelly on representing BC

An enjoyable first Tour outside of Canada was followed by a call-up for his first overseas Canada Tour at U18 Level in Hong Kong. His first experience of international Rugby pressures in a different climate and timezone would create lasting memories.

After graduating high school, Izzak attended the University of British Columbia – something he did not believe would have been possible without playing Rugby. He moved through the ranks and was selected for the Canadian University All Star Team that travelled to Japan in 2019. His progression over two years with the UBC team got him noticed by a former High School coach at Canada U20 level. After tryouts, Kelly was rewarded with an exciting call-up to the Canada U20 Men’s side for a Tour of Portugal.

Soon after representing Canada at U20 level, Izzak was invited to train with the Senior Men’s National Team in Langford by Head Coach Kingsley Jones. While keeping fit throughout the global pandemic, Kelly has consistently been invited back to Canada’s National Men’s Team set-up.

There he continues to work on improving his craft and understanding the little intricacies that make all the difference in elite-level sport. As his development continues, and with the 2023 Rugby World Cup in his sights, the sky really is the limit for Izzak Kelly.