BC Rugby’s Chris Assmus and former national team player Julianne Zussman have been appointed as Match Officials for the Rugby World Cup 2021, being played in 2022.

Assmus, who is BC Rugby’s Officials Development Manager, and Zussman, UVIC Vikes’ Associate Director for Sport Compliance and Student Support and Assistant Coach to the Vikes’ Women’s team, are part of 18-strong team of match officials who will be tasked with overseeing the 12-team tournament from October 8 to November 12 in New Zealand. 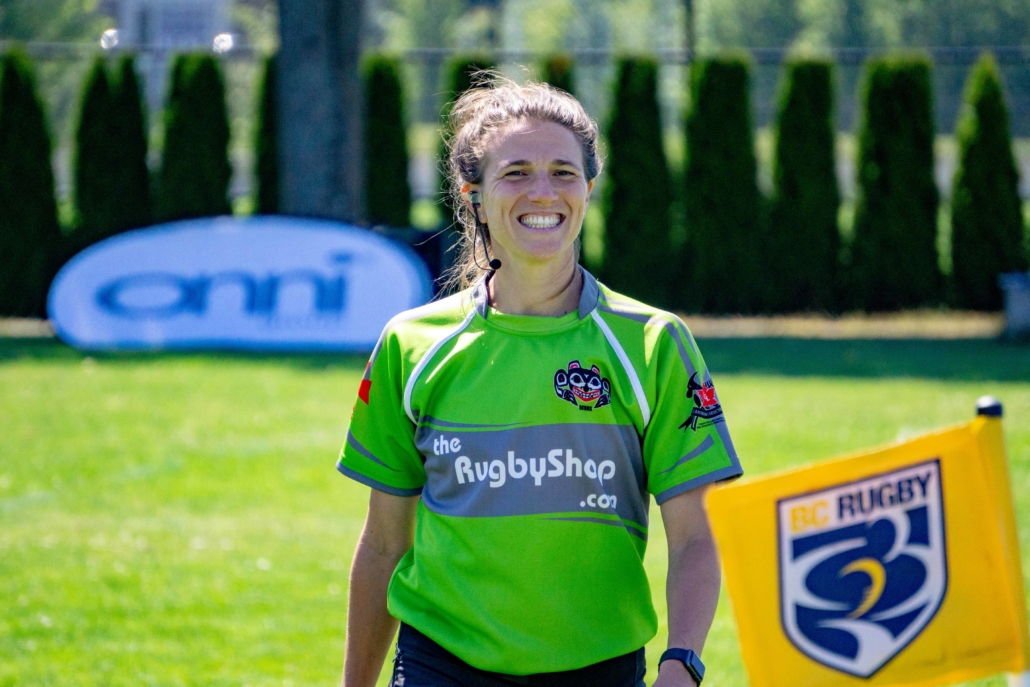 Zussman participated at three Rugby World Cups as a player and made her test debut as a referee in November 2021 when she took charge of Canada versus the USA in the inaugural Pacific Four Series. Since then, she has refereed three further test matches, including the Men’s Under-20 Six Nations Rugby Championship match between Ireland and Wales in February.

She recently refereed the BC Rugby Women’s Premier League final between Vancouver Thunderbirds and Castaway Wanderers on May 7.

Zussman’s referee career has seen her appointed to the Tokyo Olympic Games and the HSBC World Rugby Sevens Series in 2019-20 and 2021-22, including at the 2022 HSBC Canada Women’s Sevens in Langford, BC. She will be an Assistant Referee in New Zealand.

“This is obviously going to be a different World Cup experience, this role will be very different. It’s a privilege to play a part in the background, knowing what this competition means to the teams involved. New Zealand is a rugby nation and, no doubt, will host an incredible event.” Julianne Zussman

Assmus, meanwhile, is a current Major League Rugby match official. He refereed his first test match in 2013 between Uruguay and Spain.

Earlier this year, Assmus was appointed as a Television Match Official (TMO) for the TikTok Women’s Six Nations 2022, an event at which Zussman served as a referee. Assmus also has Sevens experience having been on the Series circuit in 2017-18. He has been appointed as a TMO for the Rugby World Cup.

“I’m delighted to have been named as a Match Official for the Rugby World Cup. More than ever the Rugby World Cup is not only the showcase of the talent our game has to offer but a massive opportunity to share rugby with the world. I’m thrilled to be involved with such an excellent group of Match Officials. Having had the privilege of working with almost everyone in the group, I look forward to my opportunity to contribute to what is shaping up to be an exciting year ahead!” BC Rugby’s Chris Assmus

Zussman and Assmus’ individual match appointments will be confirmed closer to the Rugby World Cup.