Canada’s men’s and women’s teams drawn into pools ahead of kick-off at Tokyo Stadium on July 26.

Canada’s men’s and women’s 7s teams have been drawn into their respective pools ahead of the Tokyo 2020 Olympic Games.

Canada’s men’s 7s team, making its Olympic debut this summer, has been handed a tough draw in Pool B alongside three of the top four placed teams from Rio 2016. Canada faces reigning Olympic champions Fiji, 2016 silver-medallists Great Britain and hosts Japan, who finished fourth in Rio.

Canada’s women’s 7s team, the bronze-medallists in Rio, will take on France, Fiji and Brazil in Pool B of the women’s competition.

The Rugby 7s Olympic competitions take place at the Tokyo Stadium between July 26-31, 2021.

All teams have been allocated to the four-team pools according to rankings based upon performances in the HSBC World Rugby Sevens Series and other World Rugby-sanctioned tournaments over the past two years. 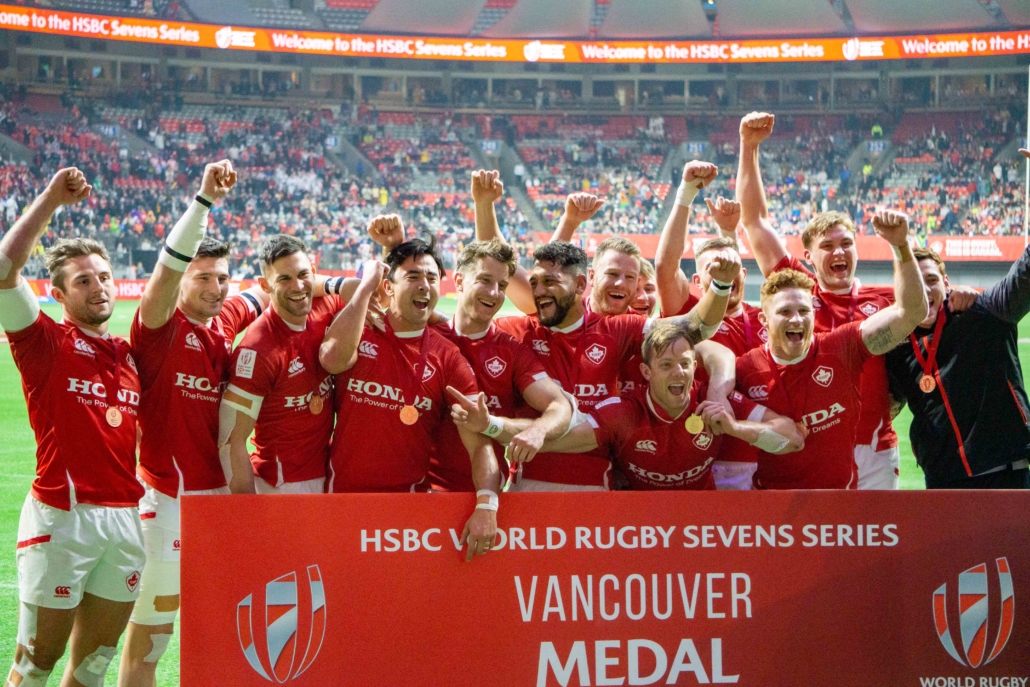 International Rugby set to return to Langford, BC
Scroll to top