Canada’s Women’s Sevens Team have won the Emirates Invitational 7s tournament in Dubai.  The women’s team went undefeated on Day 1 of the tournament and won two of three games on Day 2.  The team finished the competition with a 31-14 victory over USA to seal the championship.

The cup-winning Women’s Sevens Team featured two BC players, Caroline Crossley and Kayla Moleschi. 10 BC players were named to the men’s team, including Brennig Prevost from Victoria, who was named to the national 7s side for the first time. Prevost played for Canada at the 2019 Pan-American Games in Lima, winning a silver medal.

On the men’s side, Canada’s Men’s Sevens Team finished in 5th place.  The men won two of three matches on Day 1 of the competition and would go on to win two of their three games on Day 2.  Argentina defeated France 19-7 in the Final.

The Emirates Invitational 7s is a high-performance preparation event in advance of the Olympic Games in Tokyo.  Both teams will be in action again next weekend for a second tournament  April 8-9 at The Sevens Stadium in Dubai. 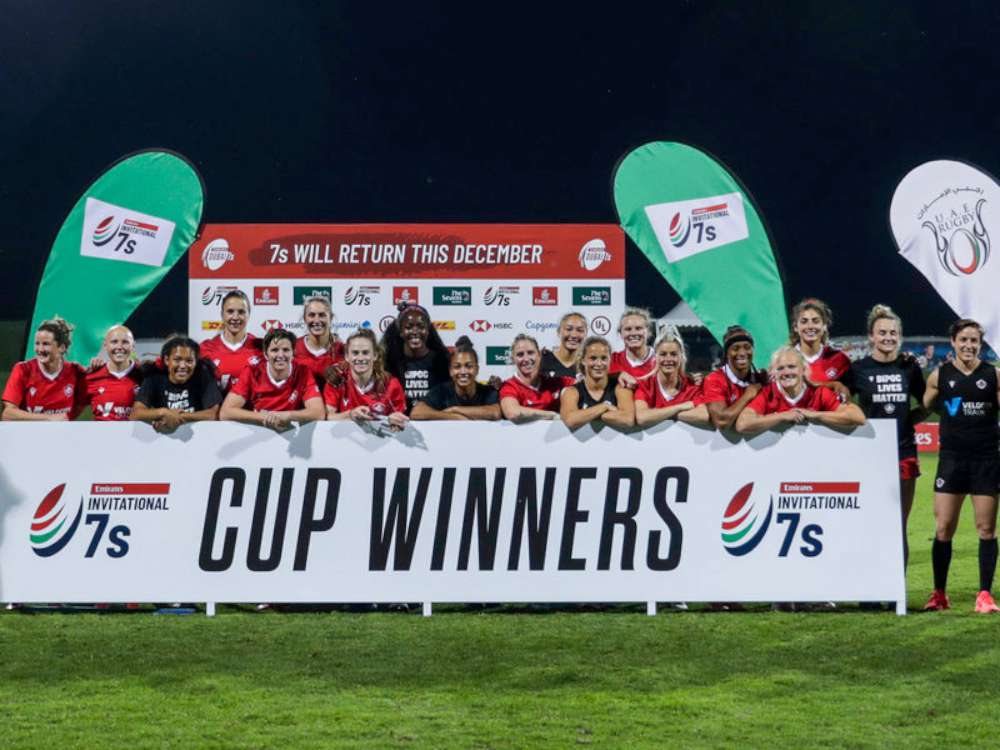