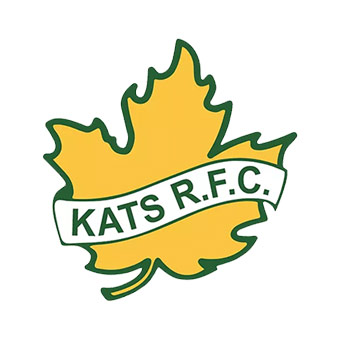 Join one of the oldest surviving rugby clubs in Vancouver. At Kats RFC we value the essence of rugby, culture, & brotherhood. The only prerequisite for our team is someone who's ready to be a part of a team on and off the pitch.

The Kats Rugby Football club originated from a group of former Kitsilano High School graduates (lead by Al McEachern & Bill Sainas) who played intramural sports at U.B.C. under the name of Ex-Kits Club. The UBC Newspaper spelt it "Kats" and hence when an entry in B.C. rugby was made in 1953, it was called the "Kats Club". The colours chosen were green and white.