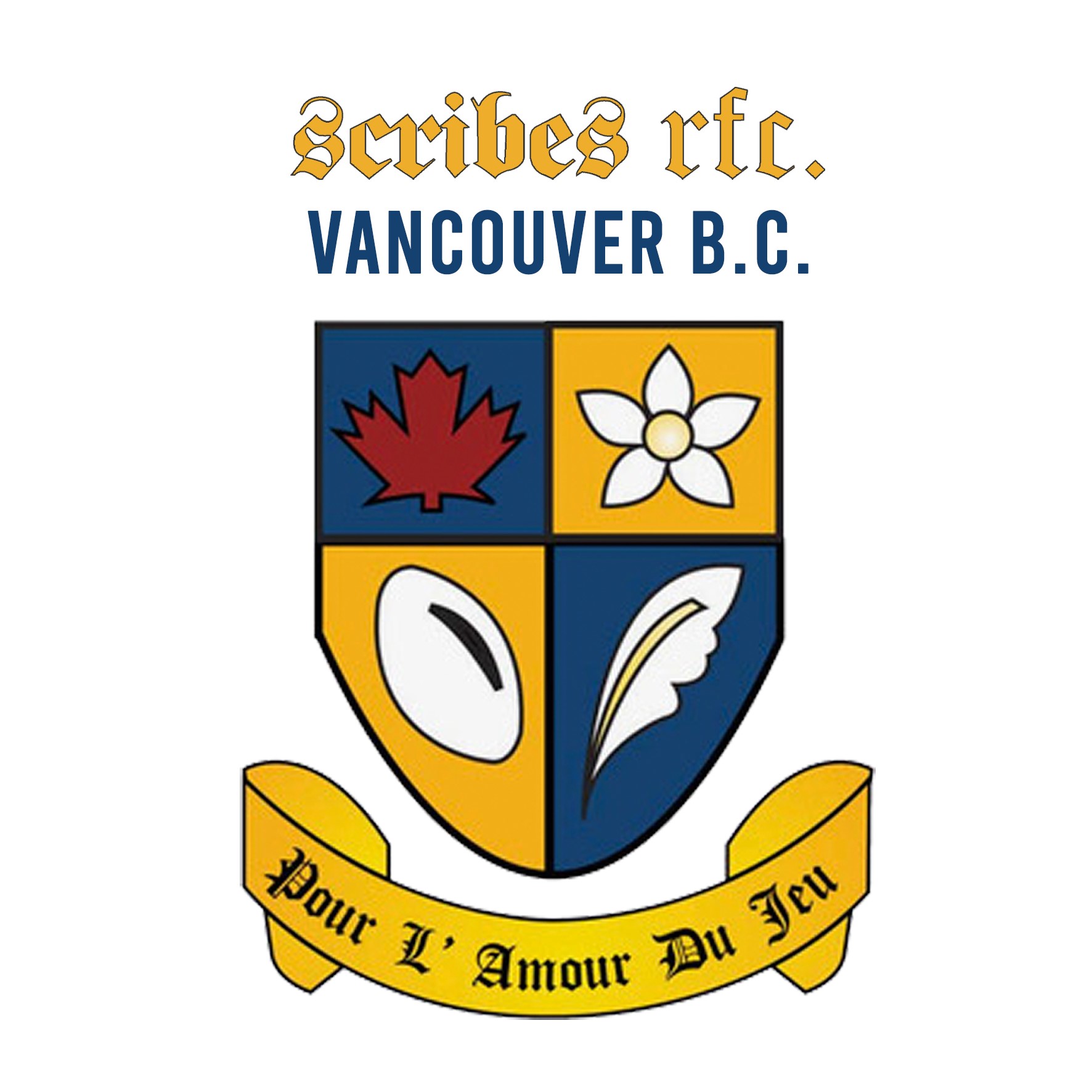 The Scribes rugby football club was founded, in the fall of 1966, in the bar of the Newsmen’s Club of British Columbia by five players and one supporter who were all journalists. Hence the name “Scribes”. It was created to introduce the fun and spirit of rugby into what was becoming a very serious game. The club has come far both on and off the field since those days, but the intentions of the club founders have been maintained.

Scribes RFC is quite simply the finest Rugby Club in East Vancouver, BC, Canada. The emphasis is on camaraderie, friendships, sportsmanship, participation and being active. The game of Rugby Union is a challenging and physical sport, but making tackles is not for everyone – including several of our backfield players – which is why Scribes offers tag rugby during the summer months. In 2017, Scribes celebrated 5o years together as a club. Our storied history has included many ups, downs and refills, along with some pretty darned good rugby along the way. We would be thrilled to have you join our club and be part of the next 50 years both on and off the field.