CLUBS RARING TO GO AS RUGBY RETURNS IN BC!

Rugby is truly back in BC and beginning to shine after a difficult 18 months!

With the Northern-Interior season approaching the highly anticipated Saratoga Cup this October, Rugby in southwest BC finally makes its long-awaited return on September 11.

Clubs are preparing for what will be an action-packed build-up to the 2021/22 Fall season, with plenty of exhibition matches over the coming weeks plus an exciting new competition kicking off on September 25! Keep your eyes peeled on the BC Rugby website on Monday for more information.

With registration booming throughout the province, there has never been a better time to #JoinTheGame. 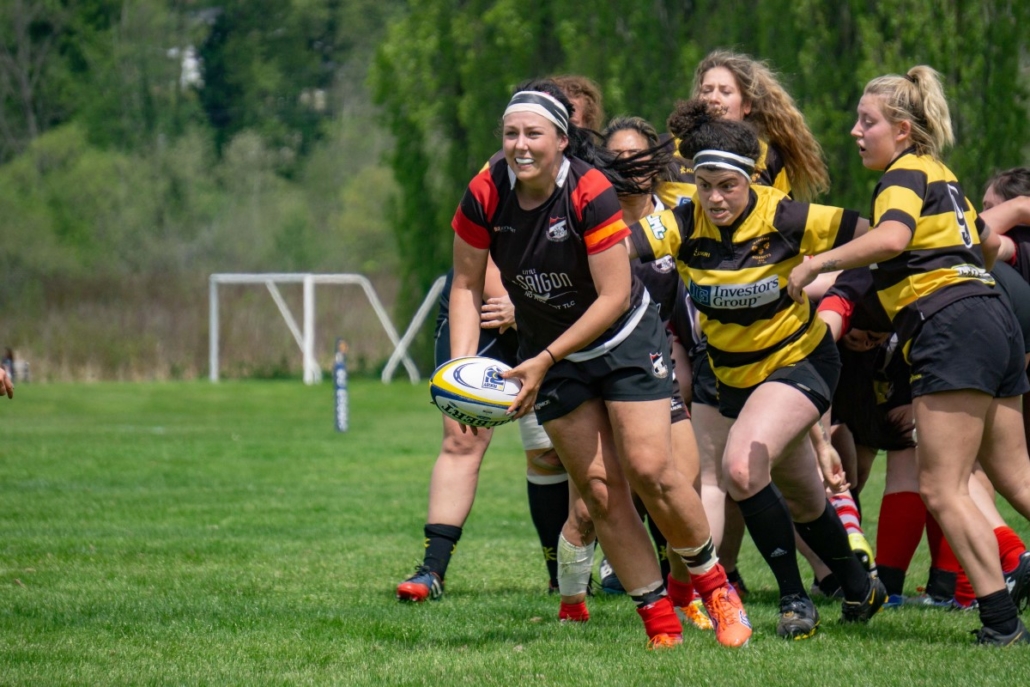 CLUBS RARING TO GET BACK ON THE PITCH

Excitement is building as men’s and women’s Club teams take to the pitch from September 11 for the first time since the global pandemic stopped play.

It has been a difficult time for the Rugby community but several of our Clubs have used the time away to build their communities: none more so than the Axemen Rugby Club.

Axemen marks their return to the pitch this weekend by hosting a Festival of Rugby against Vancouver Rowing Club and Kats at Squamish’s Brennan Park. The day also includes the Club’s highly successful Community Touch Rugby program, open to all abilities and ages, which has proven to be a big hit.

In a productive off-time, the Club has also reintroduced its women’s team and seen a bumper turnout across men’s, women’s, and junior Rugby!

Three years ago, the Club rebranded and extended its reach from Squamish across BC’s Sea to Sky Highway. As a result, the Axemen enjoyed sizeable growth and now offers two men’s teams, a women’s team, an exploding youth section and important outreach programs to Squamish Nation through local schools. Axemen offer something for everyone whether you want serious Rugby, fitness-oriented social play or a welcoming family.

Got a great Rugby story? Want your Club featured on BC Rugby? Get in touch at media@bcrugby.com now!

Whether attracting newcomers or returning players, the Axemen’s purpose is clear: to create a deep culture of community and inclusivity.

Axemen’s Blake Mahovic told BC Rugby: “For a team that had one third division team two years ago – it’s blowing up. It’s heartwarming to see everyone coming back after COVID-19, and seeing the hard work our community, coaches and everyone has put in paying off.”

He added: “The pandemic has actually been a bit of an opportunity for us. We’ve been able to reach a bunch of people who might not have thought about playing Rugby before. We’ve seen a boost in our numbers, and we’ve got new initiatives. It’s been incredible to offer total Rugby in the true sense of the word. We can offer something to everyone.” 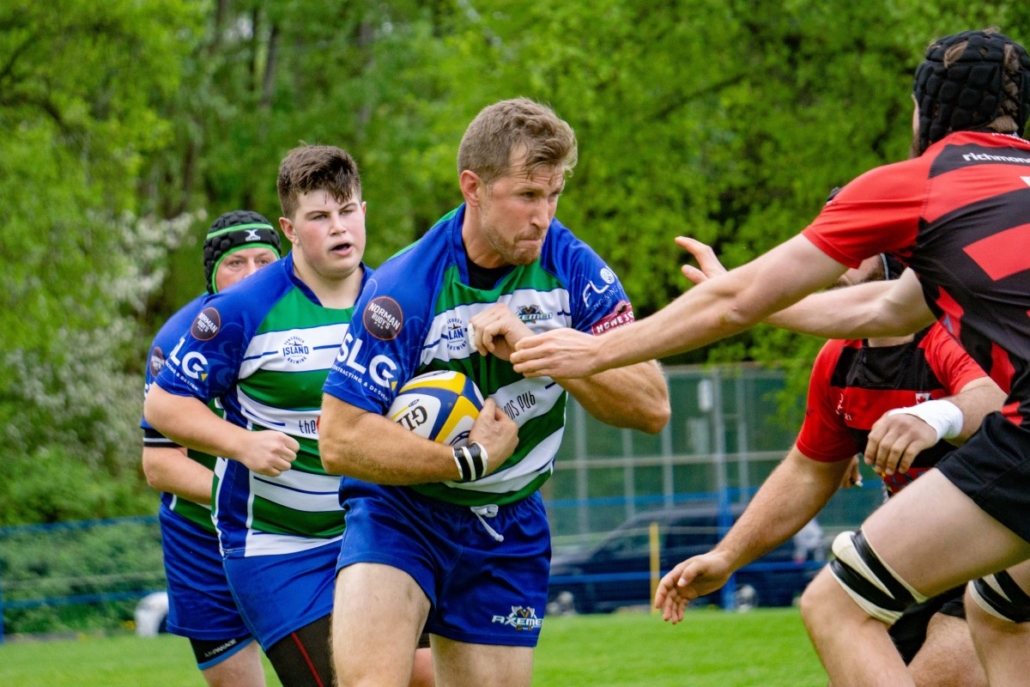 Meraloma Rugby Club has also seen a rise in registration – they host both UBC RFC Men’s and Vancouver Rugby Union Wave at Connaught Park this weekend, before a fixture against old rivals Vancouver Rowing Club on September 25.

“I think we’re going to come back to stronger numbers than we had before the pandemic,” Meraloma’s Isaac Smith told BC Rugby. “Our girls’ teams are just exploding, with almost all new players. We’re still going to be running the same number of teams, if not more, than we did before. We really had no way to gauge numbers or what to expect – we were hoping for the best but planning for the worst.”

He added: “It’s far surpassing our expectations. There is certainly an appetite for Rugby, both from new players coming to the region and a lot coming up from the grassroots levels, a lot of younger people wanting to take up Rugby. It has been super positive for the club and the sport.”

The fixture against Vancouver Rowing Club on September 25 holds special significance with two of BC’s oldest clubs contesting the Porter Challenge Cup. Named for the late Jim Porter (1936-2014), the Cup is contested by Jim’s long-time club, the Vancouver Rowing Club, and Meraloma, where Jim had many friends and where his son Duncan played.

NORTHERN INTERIOR LEAGUE HEATING UP AHEAD OF SARATOGA CUP

With the Saratoga Cup taking place in Kamloops in October, the Northern-Interior season is bubbling up nicely!

A carnival of Rugby is taking place throughout the Interior on September 11. Expect plenty of thrills in the race for Saratoga Cup qualifying as Vernon RFC host Penticton Harlequins and Yeti Rugby Club, while Terrace Northmen, Prince George Gnats and Williams Lake Rustlers all travel to Prince Rupert Seaman for a bumper event. Elsewhere, Elk Valley face off against the Rocky Mountain Rogues.

Rugby hits differently in Northern and Interior BC: it is more than a sport, it is a way of life. Clubs not only rely on their communities, but also each other. Due to the time spent travelling to play games (in some cases over 18 hours each way), every visit becomes an event: a celebration of Rugby, camaraderie and making friends along the way.

Mike Homnieuk was integral in restarting the Terrace Northmen in 2007 and the Club has grown from strength to strength since, notching up several Saratoga Cup wins.

Homnieuk told BC Rugby: “The value on the community is unbelievable. We went through slow times up here: recessions, logging, you name it. Every club goes stages and spurts. We all look after each other: we do whatever we can to keep each other going.”

Senior Player Jared Stephens added: “Rugby gives so many people up here something to look forward to every week: something that is vital for Terrace, because we are so far away from the activities down south. It’s so important to the community.”

Keep your eyes on BC Rugby for a longer, in-depth feature on the Northmen coming ahead of the Saratoga Cup. 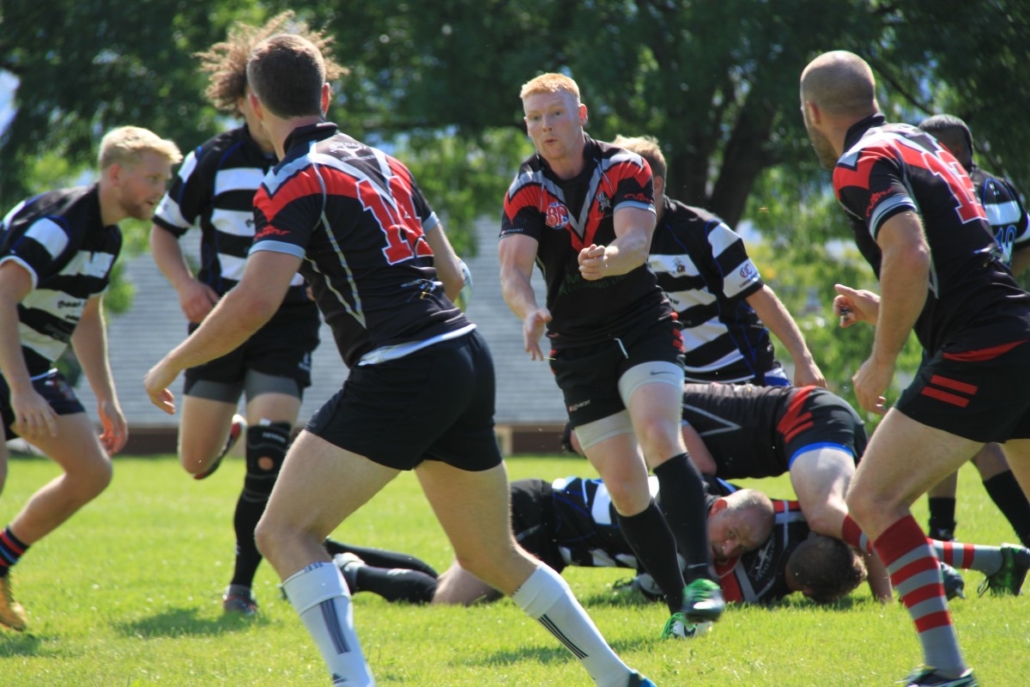