The Tokyo 2020 Paralympics start next week! Here’s how you can watch Canada’s Wheelchair Rugby Team in action.

Canada’s Wheelchair Rugby Team will be co-captained by BC-native and three-time Paralympian Trevor Hirschfield. Fellow BC resident and team member Byron Green, who also represented Canada at the 2016 Rio Paralympics, will be hoping the team improves on its fourth-place finish in Brazil five years ago.

“We’ve had more time than usual to prepare for these Games, in less-than-ideal circumstances, but I believe we’ve used our time wisely. We are bringing three first-time Paralympians to Tokyo and seeing their dedication and enthusiasm has been a huge source of motivation for our team. We have so much drive, talent, and experience in our program. I am honoured to be one of the captains to battle with this team in Tokyo.” Wheelchair Rugby Canada co-captain Trevor Hirschfield

The full team roster can be viewed here.

Here’s everything you need to know about how and where to watch Canada’s Wheelchair Rugby Team at the Tokyo 2020 Paralympics: 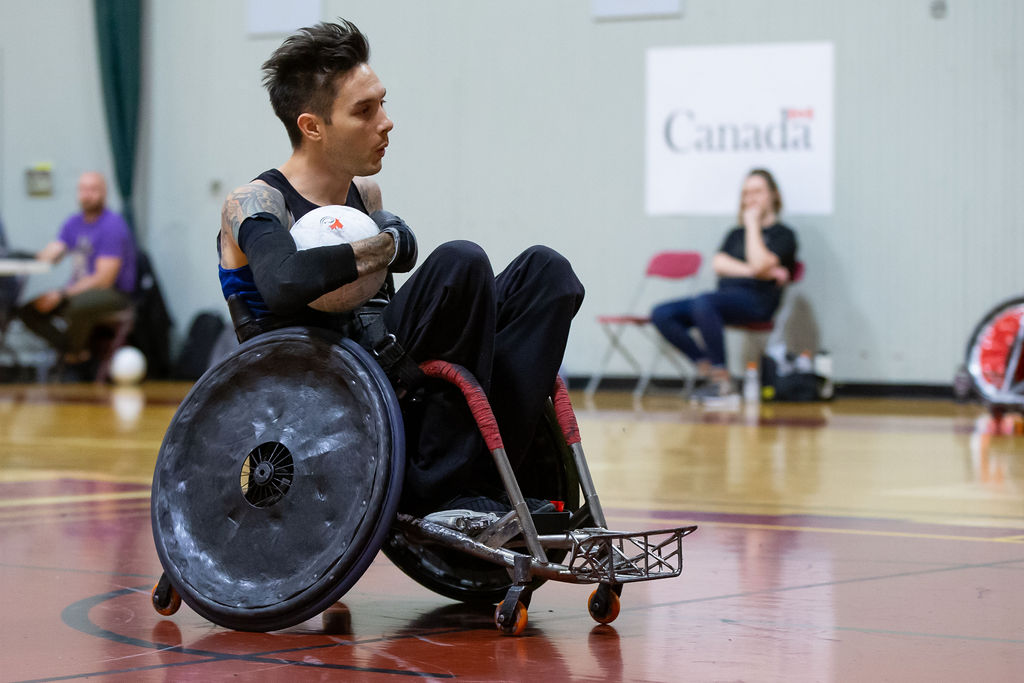 What Is Wheelchair Rugby?

Wheelchair Rugby is an action-packed, fast-paced sport that is very exciting to watch!

The sport of wheelchair Rugby (originally called ‘murderball’) was invented in Canada in 1976, and was introduced as a demonstration sport at the Atlanta 1996 Paralympic Games, where Canada won a silver medal.

It has been an official sport on the Paralympic program ever since, with Canada capturing two silver medals (Athens 2004 and London 2012) and one bronze (Beijing 2008) to go alongside two fourth-place finishes (Sydney 2000 and Rio 2016).

How Did Canada’s Wheelchair Team Qualify for Tokyo 2020?

Canada qualified for the Tokyo Paralympics in March 2020. The final Wheelchair Rugby qualifying tournament, hosted in Richmond, BC, filled the last two spots for Tokyo. The same roster that featured for Canada at the qualifier, which saw the country qualify with a semi-final victory, has been named to the Tokyo team. The Paralympics will be the team’s first international competition since then.

Canada’s Wheelchair Rugby Team is currently ranked No. 5 in the world and flies to Tokyo coming off a silver medal performance at the Lime 2019 Parapan Am Games. Canada also finished sixth at the 2018 World Championships and fourth at the 2016 Rio Paralympics. 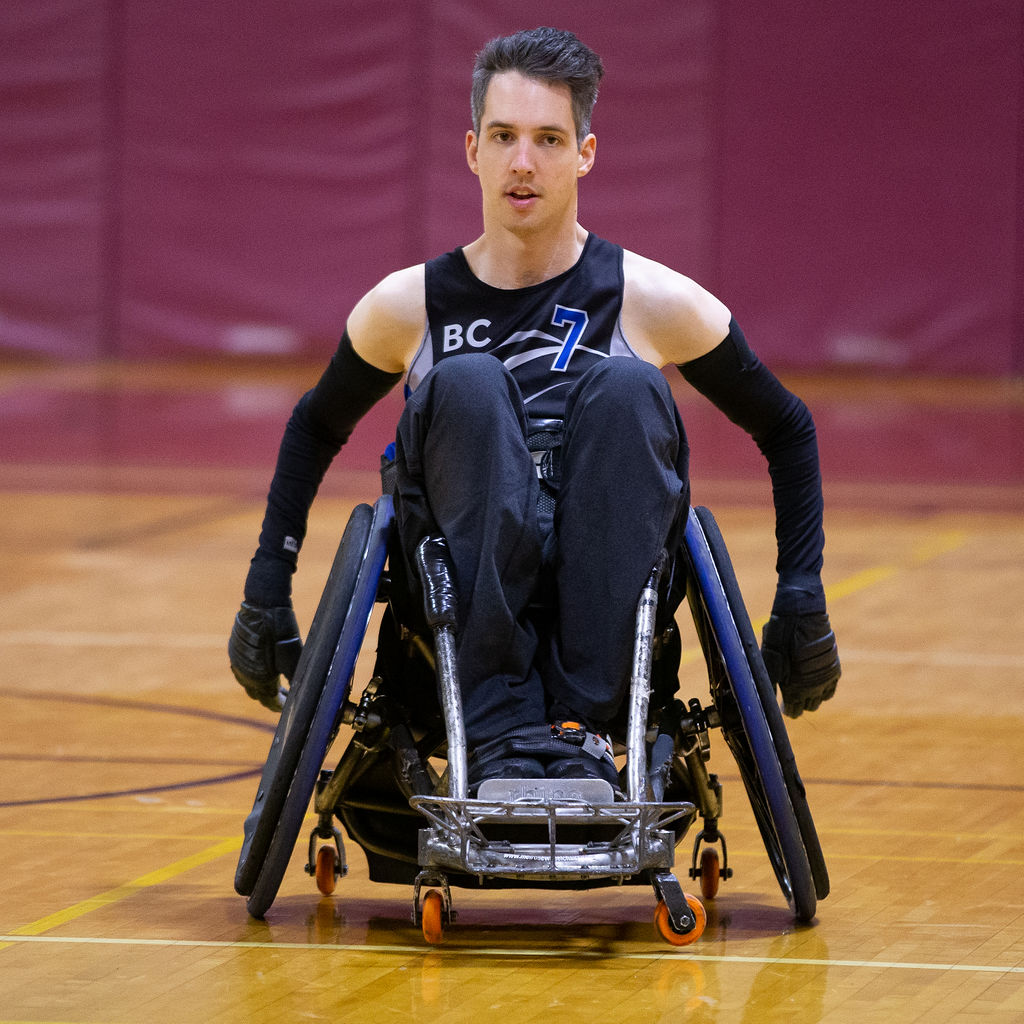 When Is the Wheelchair Rugby Competition at the Tokyo 2020 Paralympics?

The Wheelchair Rugby Competition will be played between August 25th and August 29th at the Yoyogi National Stadium.

The competition features 8 nations split into two pools of four.

Back-to-back Paralympic champions Australia headline Pool A alongside hosts and 2018 World Championships winners Japan. They will be joined by Denmark and France.

Nations will contest in a 3-game, round-robin format in their respective pools. Standings are determined by points, with teams awarded 2 points for a win, 0 points for losses, and 1 point for a tie at the end of regulation. In the event of a tie, 3-minute overtime(s) will commence until a winner is decided. The winning team is credited an additional point. The top two teams in each pool will advance to the semi-finals. 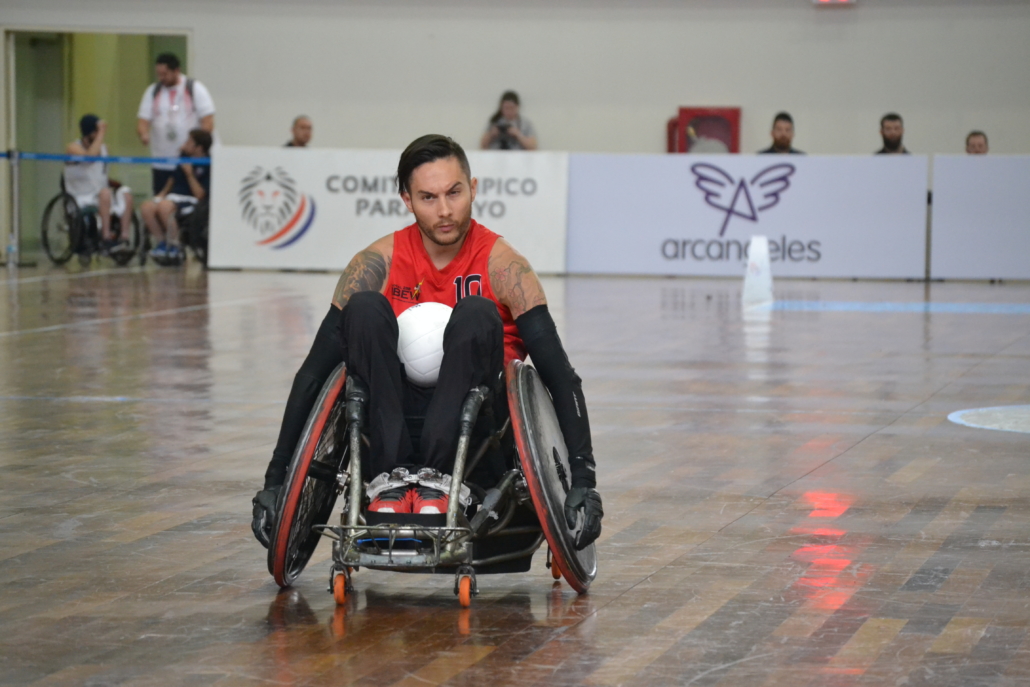 How Can I Watch Wheelchair Rugby At The Tokyo 2020 Paralympics?

Canada’s Paralympians will be showcased across Canada like never before, with record hours of TV and livestream coverage of the upcoming Tokyo 2020 Paralympic Games available.

A total of 21 disciplines from 19 sports will also be available for livestreaming, the most ever for a Paralympic Games – including Wheelchair Rugby.

Livestream and on-demand broadcasts will offer an additional 1000+ hours of competition coverage, and can be found on Paralympic.ca/Tokyo-2020, cbc.ca/tokyo2020 and Radio-Canada.ca/jeux-paralympiques, the CBC Sports app for iOS and Android devices, the free CBC Gem streaming service, and the Radio-Canada Sports app.

The full broadcast schedule can be found here. 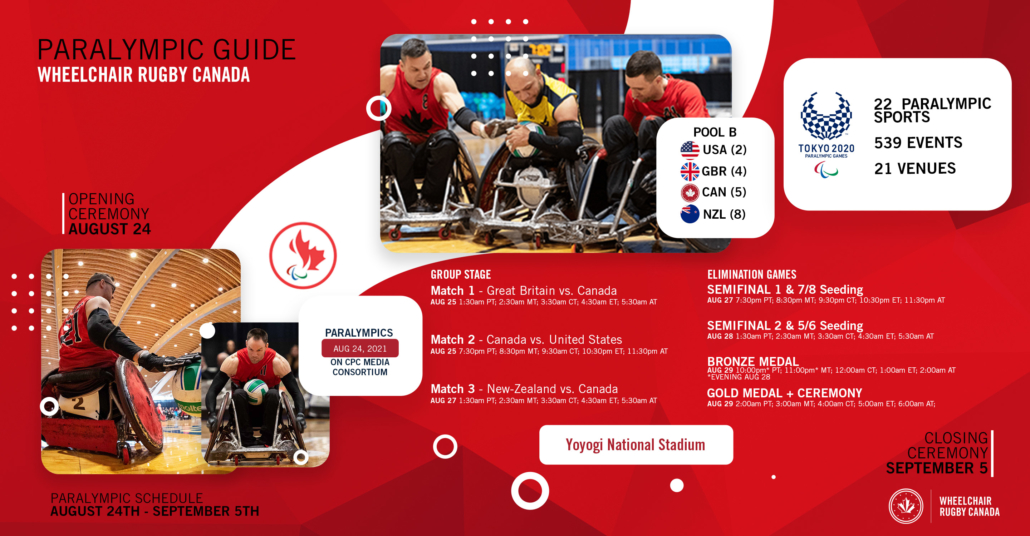 WeThe15 is sport’s biggest ever human rights movement to end discrimination. The movement aims to transform the lives of the world’s 1.2 billion persons with disabilities who represent 15% of the global population.

Let’s break down the barriers that keep us apart.

People with disabilities make up 15% of the world’s population.
Let’s break down the barriers that keep us apart. #WeThe15 pic.twitter.com/uC2cPzLgfh 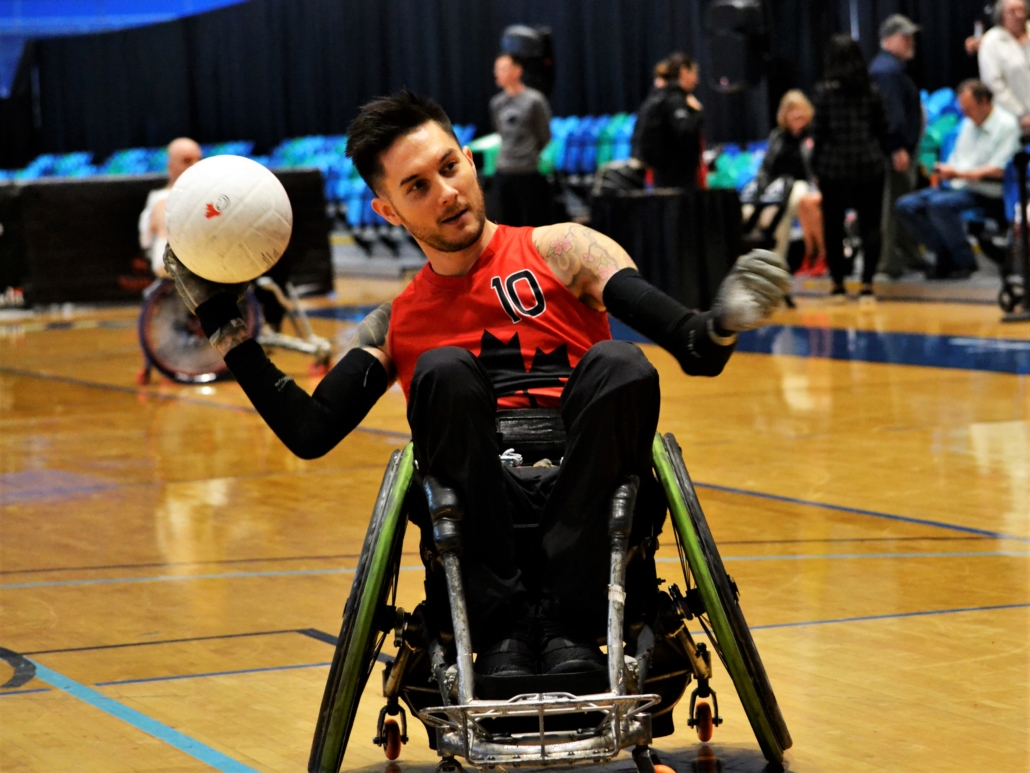 BC Rugby Responds to August 20 PHO Update
Scroll to top