After a vigorous season, UVic, UBC and TWU will face off against the top National Men’s University Rugby Teams for a spot in the December 4 Final.

Taking place at UBC’s Gerald McGavin Rugby Center from November 30 to December 4, the 2022 University Men’s Rugby Championship is the epitome of National Rugby Competition. 34 University Teams have battled throughout the season for a place in the top 8, who will gather at Lord and Buck fields for three days of matches and the opportunity to win the 2022 Championship title.

To watch live online or in the stands in Vancouver, check out the resources below to cheer on our BC Teams! 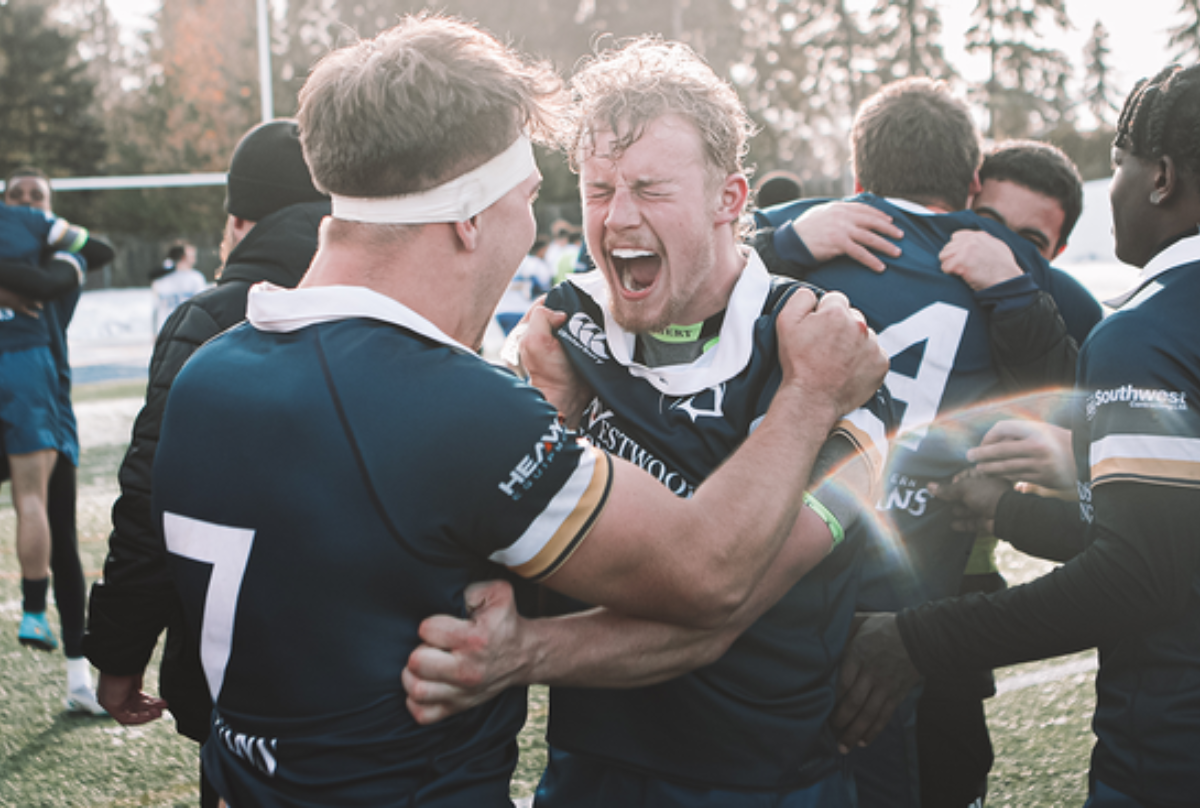 A last-minute penalty conversion from Matthew Willemse sealed a 23-22 victory over No. 1-ranked Victoria in Trinity Western’s debut at the Canadian University Men’s Rugby Championships at Thunderbird Stadium on Wednesday.

With this victory, the Spartans qualify for the national semifinal match against McGill University, who defeated Laurier Golden Hawks in a nail-biter. The game will be played at 7:30pm on Friday at Thunderbird Stadium. Vikes will face Laurier in the Consolation semifinal at 11:00am on Friday.

Willemse led TWU with 13 points as two tries from Tamilore Awonusi rounded off the historic victory for the Spartans in their first-ever appearance at nationals.

“That’s the biggest win I’ve ever been a part of, and I’ve been playing and coaching rugby since 1996. These men who won today started 3.5 years ago, so starting from the bottom, taking a lot of losses against the very best from the beginning. We had an opportunity against the number one team today, and we were faithful in the hard work and talent that the squad has. We remain humble, acknowledging that the Vikes are a great team, but this is a big win for us.” TWU Director of Rugby Andrew Evans

8th ranked @TrinityWestern has knocked off the #1 seed @uvicvikes in the first quarterfinal of the Canadian University Men’s Rugby Championship on the final play of the game to advance to the final four on Friday 👏 #rugbyCA @RugbyCanada #universityrugby pic.twitter.com/J8vgjOxmxx

Meanwhile, defending champions UBC Thunderbirds booked a semifinal matchup with the Guelph Gryphons after a dominant 53-0 victory over the Calgary Dinos in their Canadian University Men’s Rugby Championship quarterfinal on Wednesday evening at Thunderbird Stadium.

UBC scored five first half tries and four in the second, as Calgary struggled to deal with a rampant Thunderbirds offense and were unable to get their own going, as the hosts dominated possession.

Relmu Wilson-Valdes scored two first half tries for the Thunderbirds while Tenniel Cowen scored three in the last seven minutes of the second half, with Ethan Berry, Jacob Bourne, Jack Carson, and Joshua Tweed also getting tries for UBC. Talon McMullin and Max Abercrombie kicked two conversion attempts each.

Wilson-Valdes was named Player of the Game for the Thunderbirds, with Colin Petrillo getting the honour for the Dinos.

The third ranked T-Birds now move onto a Championship semifinal clash with second ranked Guelph on Friday at 5:00pm.

Defending champs and hosts @UBCRugby are off to a smooth start as they hammered @UCDinos to book their spot in Friday’s Canadian University Men’s Rugby Championship semi-final 👏 #RugbyCA @RugbyCanada #canadianrugby pic.twitter.com/AGLONO40mC

The Tournament will be streamed live on The Rugby Network. The site is free and on-demand!

WATCH ON THE RUGBY NETWORK 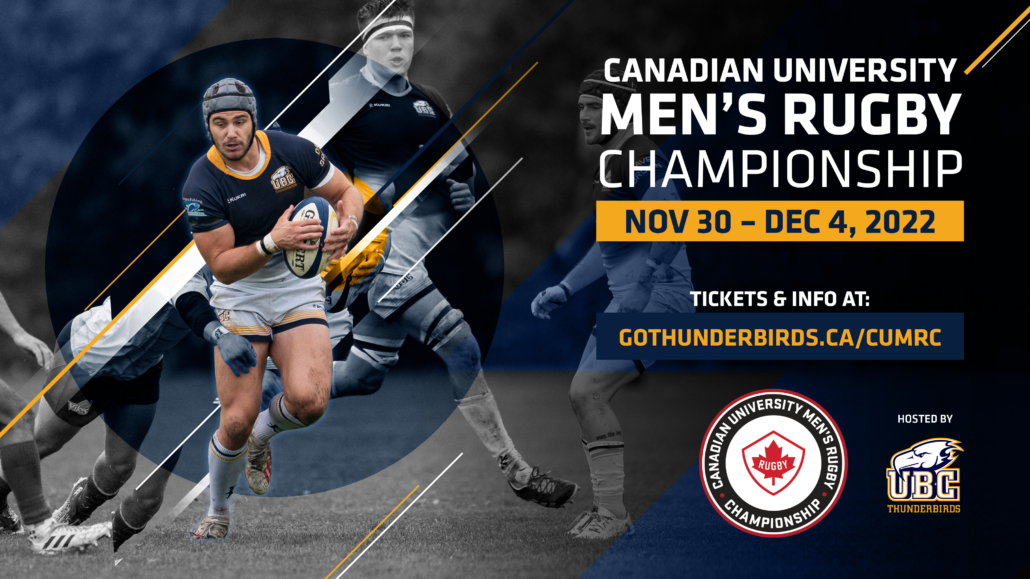 Single-game tickets are now on sale, as are tournament passes.