BC Rugby Age-Grade Regional Club Champions have been crowned throughout the Lower Mainland and Vancouver Island, kicking off a week of junior championship Rugby in BC!

Eleven Regional Finals from BC Rugby’s U14, U16 and U8 Boys and Girls Divisions took place this past Sunday, November 27, in a bumper day of action.

Winners from U16 and U18 Boys and Girls Divisions now advance to the 2022 BC Rugby Age-Grade Club Finals crossover event at Cowichan Rugby Club on Sunday, December 4. More information on the event can be found here.

Club Crossover Finals – where champions from Vancouver Island face champions from the Lower Mainland in their respective divisions – returns to the BC Rugby calendar for the first time since 2019, and will feature gold medal matches in the U16 Boys, U16 Girls, U18 Boys and U18 Girls Divisions.

As part of BC Rugby’s long-term athlete development pathway, teams from U14 Boys and U14 Girls Divisions contested regional finals only. This is following the decision to adjust the Age-Grade Bandings for the 2022/23 season and beyond to align with the 2022 Rugby Canada Age-Grade Law Variations and the current BC Bears pathway.

Below is a breakdown of each division: 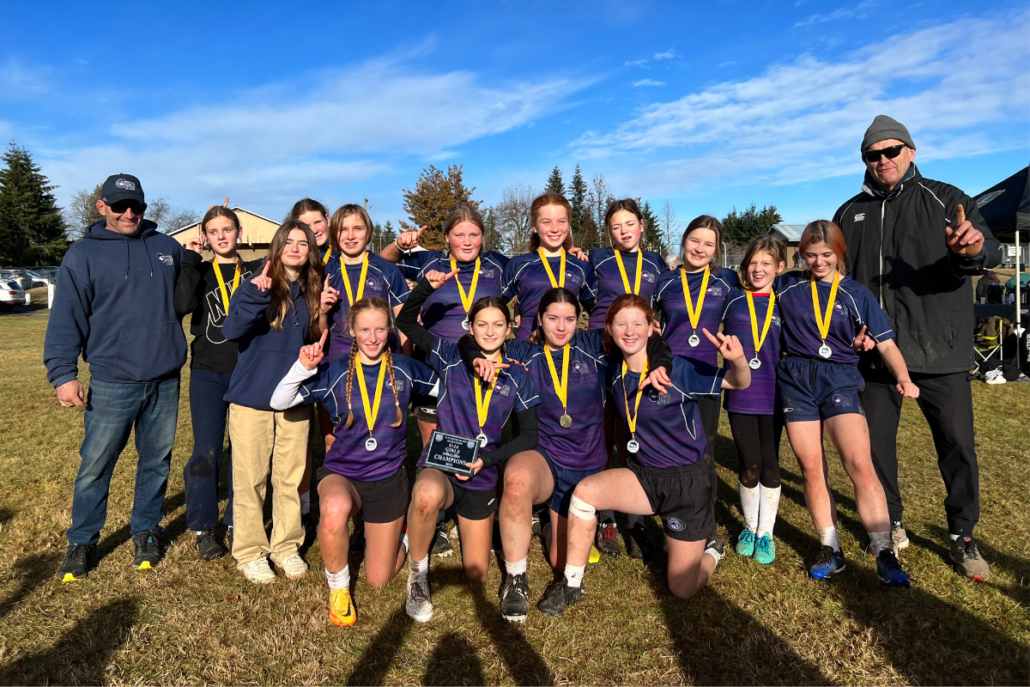 Comox Valley Rapids Rugby completed an unbeaten season in style as they claimed the gold medal with a 52-0 victory over Cowichan RFC in Sunday’s regional final. The Rapids went 5-0 over the regular season, while Cowichan settled for silver following a strong league campaign that saw the team finish second in the table.

United RFC edged a close encounter with Abbotsford RFC to win the U14 Girls Mainland gold medal. Abbotsford was previously undefeated in the regular season, but a strong performance from the travelling side ensured a fantastic victory for the Coquitlam side.

Host side Capilano RFC came out on top against a spirited Bayside side to be crowned champions with a 42-21 victory at Klahanie Park. Caps finished the season with a 4-1 record, while Bayside takes the silver medal back to South Surrey.

November 27 saw two regional semi-finals in the U14 Boys Island Division, with the final taking place on Sunday, December 4. Comox Valley Rapids Rugby advances to the final after Cowichan RFC defaulted their semi-final, while Castaway Wanderers defeated James Bay AA to book its spot in the gold medal match. 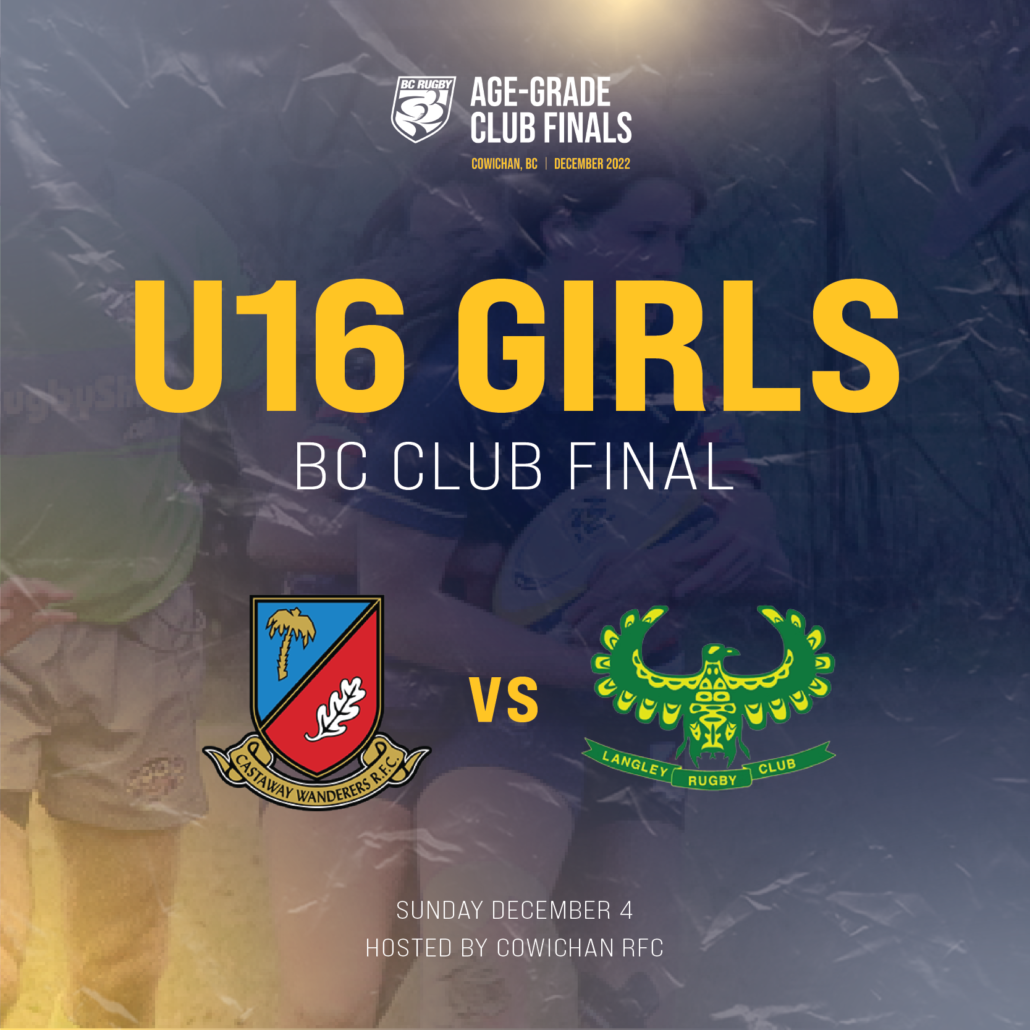 Langley RFC was crowned U16 Girls Mainland champions as it secured its place in next week’s crossover finals with a 22-10 win over United RFC at Crush Crescent. Victory ensured that Langley stays undefeated in its quest for the gold medal, but they face tough opposition at crossover finals next weekend. 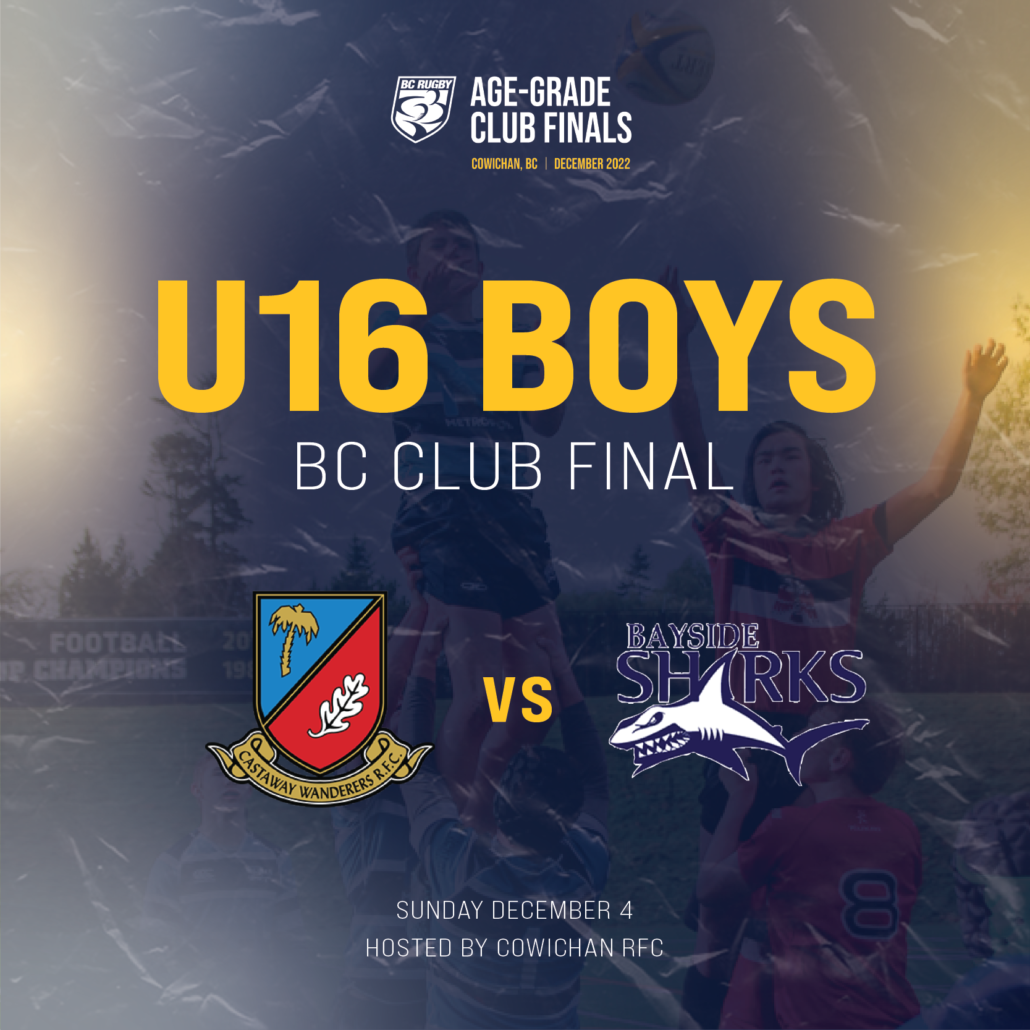 Bayside A will be heading to Duncan this weekend to contest the gold medal match in the U16 Boys Division following a 36-0 win over Kamloops-Kelowna.

Castaway Wanderers ensured it would be fighting for both the U16 Boys and Girls Gold Medals after the U16 Boys team defeated Cowichan RFC 71-0 to advance to the crossover final. Both Castaway and Cowichan occupied the top two spots in the table, but it was the Oak Bay team that came out on top this time around. 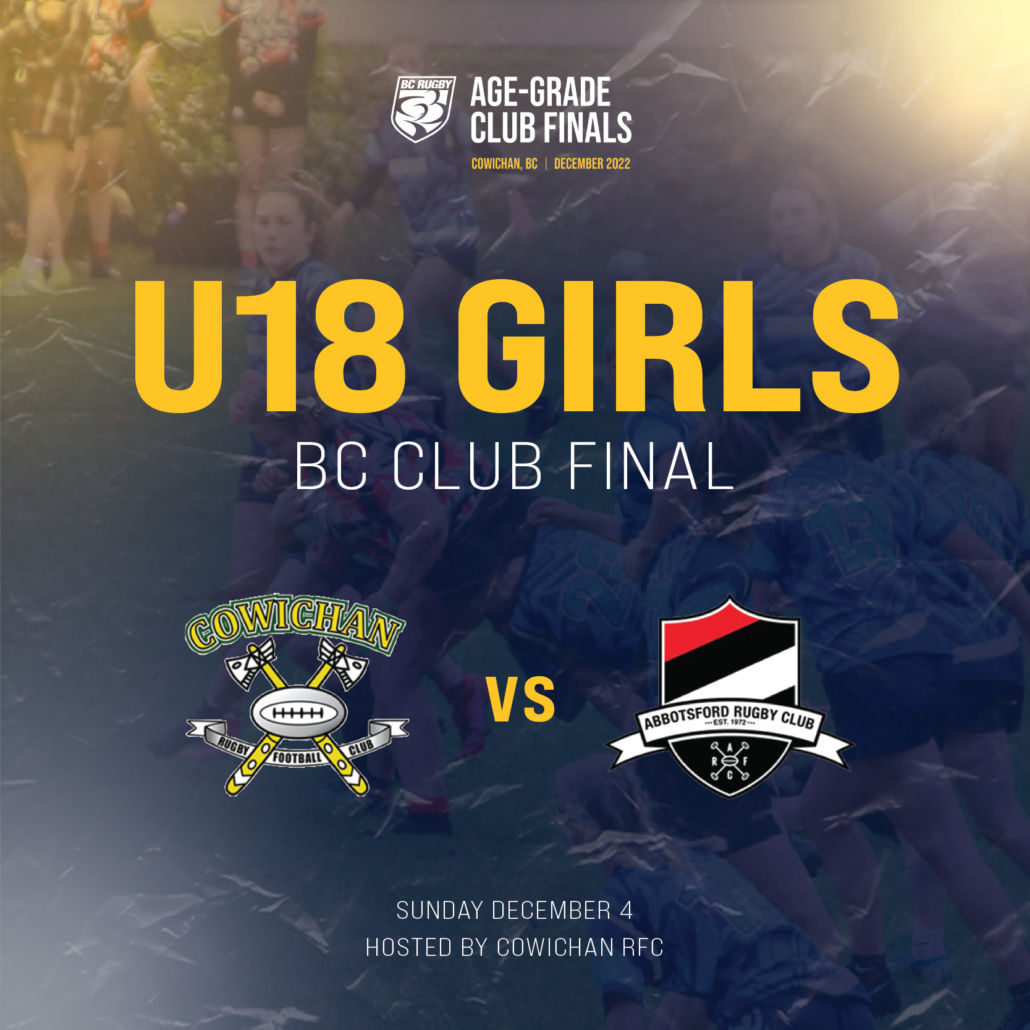 Cowichan RFC will have home advantage for the U18 Girls Gold Medal match after defeating Comox Valley Rapids Rugby 36-29 to advance to the Club Crossover Finals this weekend. In a tightly-contested encounter, the home side pulled through and will now battle it out for the right to be called provincial champions.

Abbotsford RFC travel to Duncan to face Cowichan in the U18 Girls Final after they defeated Langley RFC 96-7 in the Mainland Final. Abbotsford, go into Sunday’s match with the hosts undefeated, came good against a strong Langley RFC team that finished the regular season with four wins and one defeat. 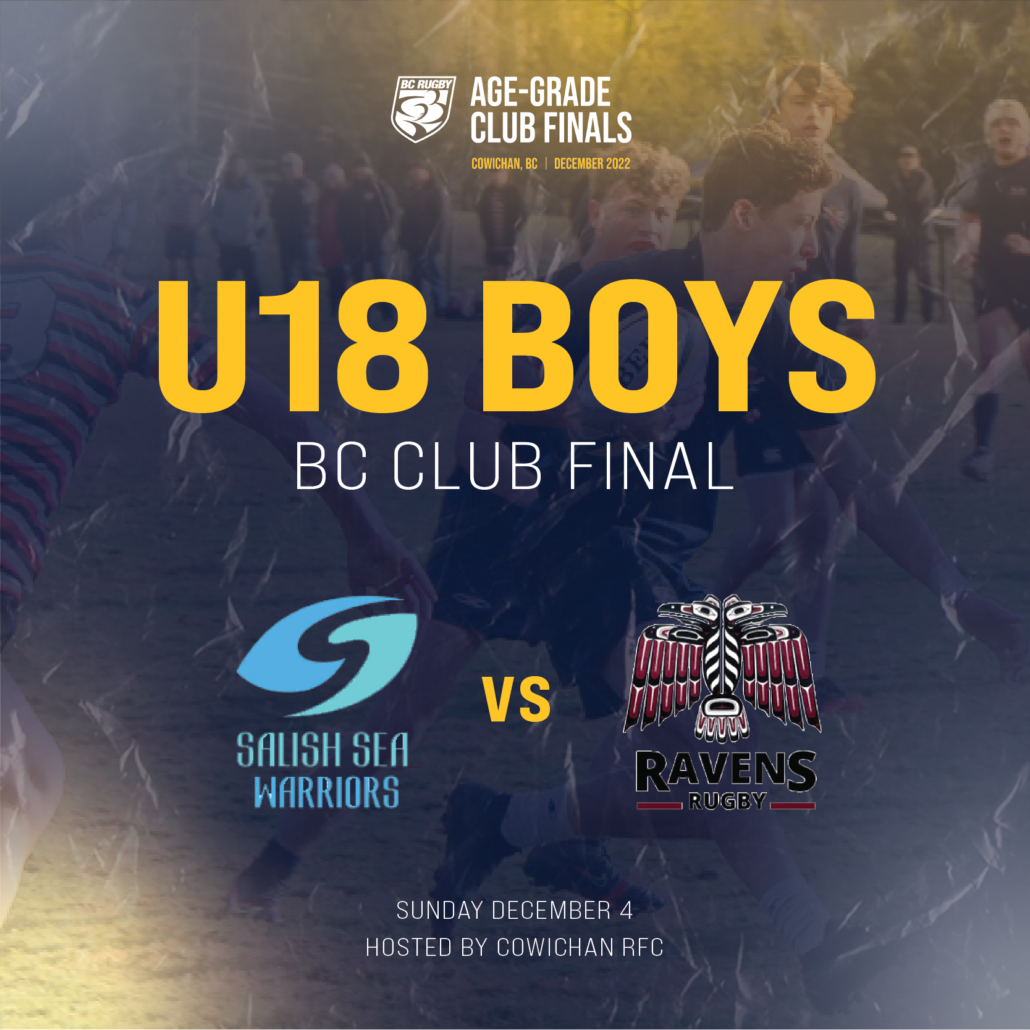 Salish Sea Warriors will go into the 2022 BC Rugby Age-Grade Finals with an unbeaten record this season after they enjoyed a 46-14 victory over Castaway Wanderers RFC at Shawnigan Lake. The Warriors advance to Sunday’s final with 4-1-0 regular season record.

UBCOB Ravens defeated Bayside A 27-10 to reach the gold medal final next weekend, and will now face the Warriors for the championship. Ravens, like their upcoming opponents, remain undefeated in their regular season having amassed a 5-0 record.

2022 BC RUGBY AGE-GRADE FINALS LINE UP

Gold medal matches taking place at the 2022 BC Rugby Age-Grade Club Finals crossover event in Duncan have now been confirmed. The crossover finals will take place at Cowichan Rugby Club.