The welcome return of international Rugby in Langford is a cause for celebration, as the HSBC Canada Women’s Sevens returns to Starlight Stadium for the first time since 2019. The HSBC Canada Women’s Sevens 50/50 Draw presented by The Butchart Gardens aims to raise substantial funds that are vital in helping deliver the sport of Rugby throughout the province, making it more accessible for Indigenous youth.

John Lyall, CEO of Thunder Rugby, said: “Thunder, Tide & Tsunami Rugby are excited to have the opportunity to operate the 50/50 Draw at the HSBC Canada Women’s Sevens in Langford.  Partnering with amazing world-class Rugby, and the chance to help our upcoming youth rugby programs is truly a win-win!”

BC Rugby CEO Annabel Kehoe said: “We are honoured to be partnering with Thunder Rugby on this fundraising drive and are extremely grateful for the support of The Butchart Gardens. We know that Rugby fans in BC will help us raise vital funds for two great causes.” 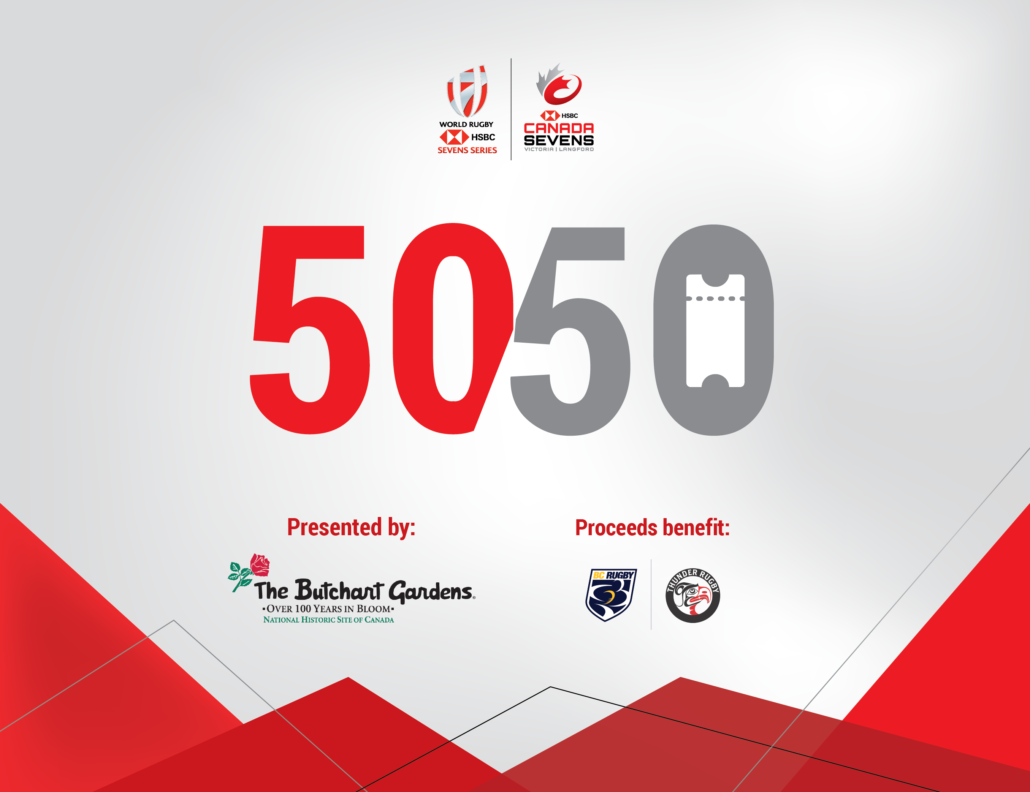 Tickets are now on sale online here and will also be available to buy in-person at the HSBC Canada Women’s Sevens at Starlight Stadium on April 30 and May 1. Ticket sales will close at 3:30pm on May 1. The draw will be announced between 3:30pm-5:00pm on May 1.

Purchased tickets will be entered into a randomized draw, with the winning ticket owner receiving half of the total jackpot. The other half of the jackpot will be used to grow Rugby throughout the province of British Columbia. Actual odds of winning depends on the number of tickets sold. Tickets can be purchased by anyone 19+ and located within BC’s borders. Players do not have to attend the HSBC Canada Women’s Sevens in Langford to buy tickets and be entered into the draw.

For more information on how to play, ticket sales and rules and regulations on the HSBC Canada Women’s Sevens 50/50 Draw presented by The Butchart Gardens, please click here.

About The Butchart Gardens

The British Columbia Rugby Union, commonly known as BC Rugby, is the governing body for Rugby in British Columbia and is a Provincial Union of Rugby Canada, the national governing body. BC Rugby leads and manages the sport with the aim to grow participation and develop excellence in all games of Rugby and in all facets of the sport. Visit here to learn more.

The HSBC Canada Women’s Sevens is a two-day rugby sevens tournament held on April 30-May 1, 2022. It is hosted at the home of Rugby Canada at Starlight Stadium in Langford, BC and will feature twelve of the world’s top women’s rugby sevens teams competing on Canadian soil.

Sevens rugby, a fast-paced and shorter version of traditional rugby with only seven players per side, has built a huge international audience through the success of the HSBC World Rugby Sevens Series, which attracts large audiences in markets around the world. More information regarding the 2022 Series can be found at www.worldrugby.org/sevens-series.

KNOW YOUR LIMIT, PLAY WITHIN IT

The BC Government provides British Columbians with free information and resources to support informed choices and healthy behaviors with respect to gambling participation through Gambling Support BC.

2022 BC Rugby Senior Playoffs: Confirmed QFs and State of Play