The Rocky Mountain Rogues reclaimed the Saratoga Cup in style this weekend as the Cranbrook side was crowned 2021 champions at Kamloops Exhibition Park.

Following a tense 18-17 semi-final triumph over the defending champions Terrace Northmen on Saturday, the Rogues rallied to an impressive 46-35 victory in Sunday’s showcase final against the Williams Lake Rustlers.

Northmen settled for third place with a pulsating 60-36 win against Vernon Jackals.

Held over two days, the Saratoga Cup brings together BC’s most geographically dispersed Clubs, from north-west to south-east, and is one of the most prestigious events in the BC Rugby calendar. 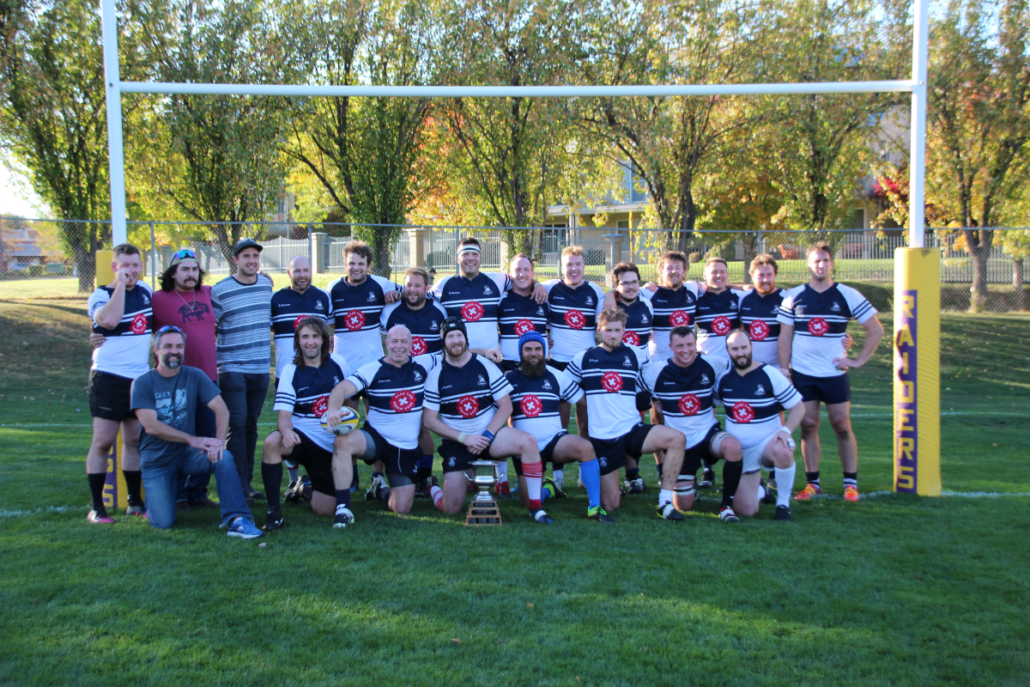 Saturday’s opening day kicked off with several entertaining Men’s and Women’s Exhibition matches featuring Elk Valley, who made the long journey from the Kootenays, the Kelowna Crows and hosts Kamloops Rugby Club.

The first Saratoga Cup semi-final was well contested by Williams Lake Rustlers and Vernon Jackals. Both sides played out an open, entertaining spectacle of end-to-end Rugby. Despite some crunching tackles and excellent play at the breakdown from Vernon, the Rustlers were able to gain control of the match. A final flourish for Williams Lake saw them progress to the final with an impressive 36-24 win.

The second semi-final saw defending champions and favourites Terrace Northmen face off against 2018 champions and rivals Rocky Mountain Rogues in a highly anticipated clash. Both teams brought physicality to the pitch in a tense, tight encounter that saw neither team willing to concede an inch. The Rogues got off to a fast start and dominated early, racing into a three-try lead. However, momentum swung Terrace’s way and the Northmen showed champion spirit to get within a point of their opponents. The Rogues defence held firm in the dying seconds as they clinched a 18-17 victory to set up the Championship match against Williams Lake. 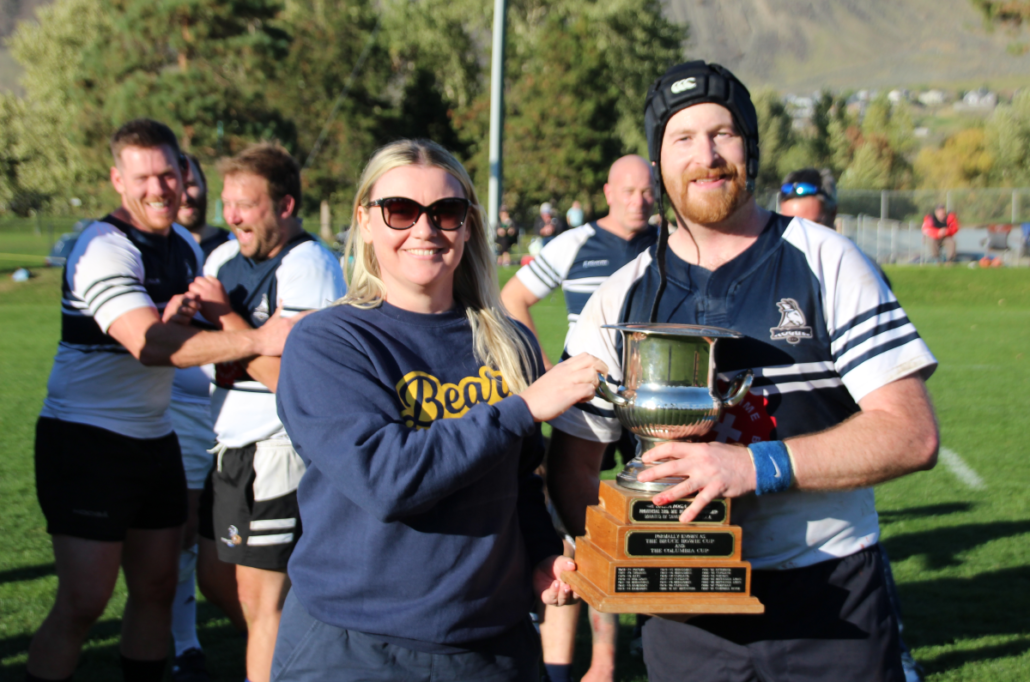 Sunday’s Finals Day started with a high-scoring Third Place Playoff between the Northmen and the Jackals. Terrace started strongly with three quick tries, before Vernon responded with their first try of the afternoon. The Northmen regained control with four further tries but Vernon’s fighting spirit and a second score gave them hope for the second half. The Jackals grew in confidence as they began to carve a foothold in the match, scoring three tries after the break. Terrace and Vernon exchanged scores, before the Northmen sealed a 60-36 win with two beautiful tries late in the game.

The 2021 Saratoga Cup Final produced end-to-end Rugby as Rocky Mountain Rogues and the Williams Lake Rustlers played out a scintillating Championship match. Both sides displayed excellent kicking throughout the afternoon and scored early penalties to set the tone. Rogues capitalised on a big kick to score the opening try of the match, but the Rustlers responded after excellent work on the far side. Rogues edged ahead with a second try but again the Rustlers hit back with an excellent score under the posts. Rogues scored their third try to have the final say in a lively first half.

The Rustlers sprinted out the blocks after the interval with a breakaway try, but Rogues replied immediately. The Rogues found plenty of joy with quick offloads at the breakdown, scoring another try, before the Rustlers were awarded a penalty try following a fine run that was stopped on the line. Rogues edged further ahead with brilliantly converted pressure penalty, as Williams Lake applied late pressure with a an impressive try on the back of a huge gain through the middle. However, Rogues’ defence stood resolute as they held on to claim a fantastic 45-36 victory and Saratoga Cup crown.

“It feels amazing. Williams Lake is a tough team, but we came out on top. It was a beauty,” said Rogues coach Cameron Mercer. “It was a tough game, they tackled hard and we had a lot of sore bodies. It was a beautiful game, we’re on cloud nine right now! Winning the Saratoga Cup is a unique experience and it feels great.” 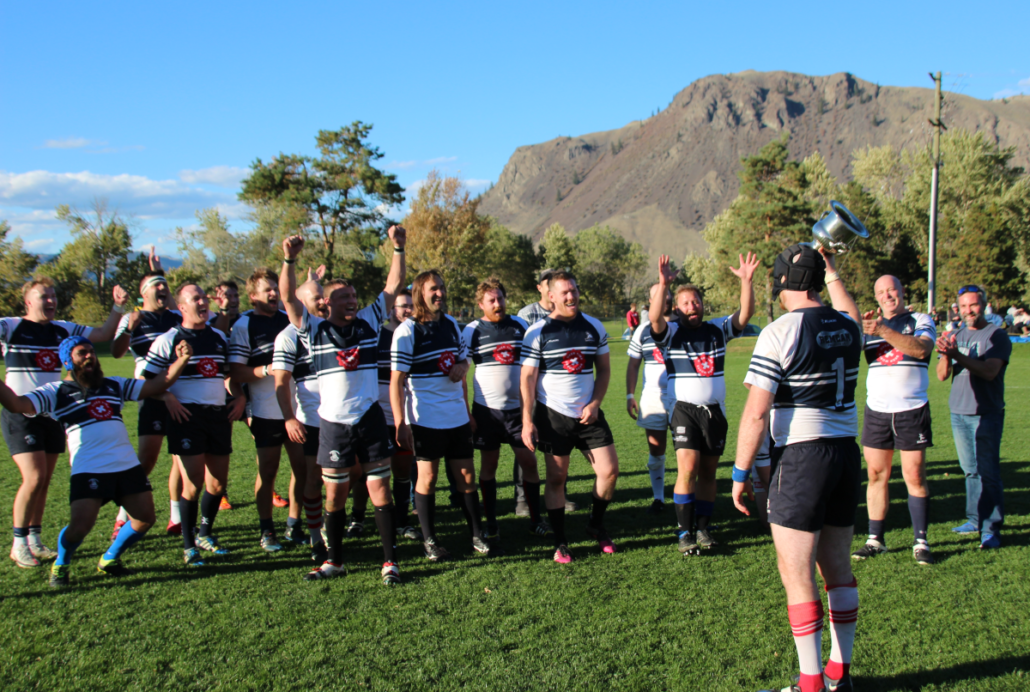 BC Rugby wishes to thank our brilliant hosts Kamloops Rugby Club, who put on a fantastic event, and made everyone feel welcome throughout the weekend.

A thank you to the officials who ran not just the 2021 Saratoga Cup, but also the Exhibition Matches throughout the weekend.

There has never been a better time to #JoinTheGame – Register Now!