Rugby Hits Different Up North: How Terrace Northmen Came Back From The Brink

The Saratoga Cup brings together communities from all over BC. It is a celebration of Rugby, ending with the crowning of champions for our Northern and Interior leagues.

Terrace Northmen will be aiming for a fourth Saratoga Cup win in five years when they head to Kamloops this weekend.

For the Northmen, success has been plentiful in recent years. But it wasn’t always that way: the Club has bounced back from dire straits, thanks to hard work and commitment from Terrace’s rich Rugby community.

2021 Saratoga Cup Preview: Who Will Be Crowned Champions? 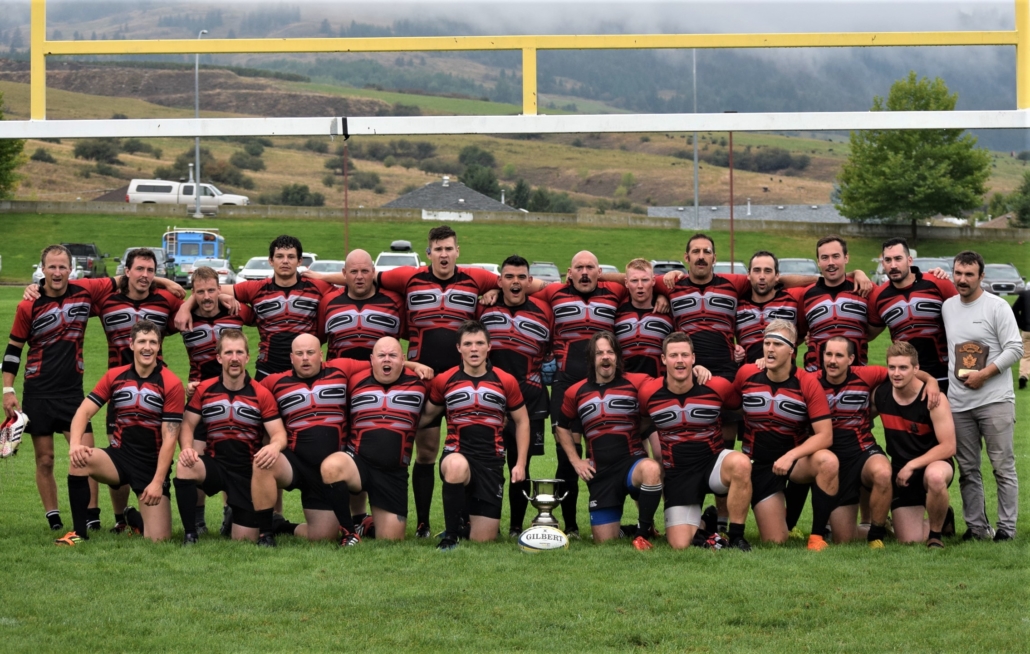 The Northmen were established in 1974 and proclaim to be Terrace’s longest standing sports Club. However, in the mid-2000s, the Club was in decline. It was largely dormant until 2006 when custodian, player, coach, and all-round Rugby guy Mike Homeniuk, 45, moved back to his hometown.

Homeniuk, whose father represented the Northmen and first introduced a young Mike to Rugby, could see his old team was struggling. After returning from the south, he started calling up his old Rugby friends to see if they wanted to play again.

“There was a handful of us old guys who played before and then a whole whack of these new guys who had never even experienced Rugby. That was cool,” Homeniuk told BC Rugby.

One of those newbies was Terrace native Jared Stephens, a wildfire fighter deployed both nationally and internationally. Stephens grew up with soccer and played varsity for Vancouver Island University. He even played for the world’s oldest soccer Club, Sheffield FC, based in England.

But it was Rugby that finally caught his eye.

“We didn’t have Rugby in high school up in Terrace,” said Stephens, who has also represented Nanaimo Hornets and travelled to Dubai with Canada’s Reserve 7s National. “The year after I graduated VIU, Mike tried to reinvigorate Rugby in the town. I saw him at the bar, and he spoke to a group of us about this Rugby thing. I got familiar with it, and I loved it.”

Ben Soucie, one of Mike’s old boys, first picked up a Rugby ball in 1981/2 after hearing tales from his old PE teacher at school. He soon joined the Northmen and, from 1984 onwards, enjoyed representing his home team. Winning or losing never mattered as much to Ben: Rugby was about having fun. He stopped playing after the team went dormant.

“Then Mike got it back together, and I’ve played ever since,” Soucie said. 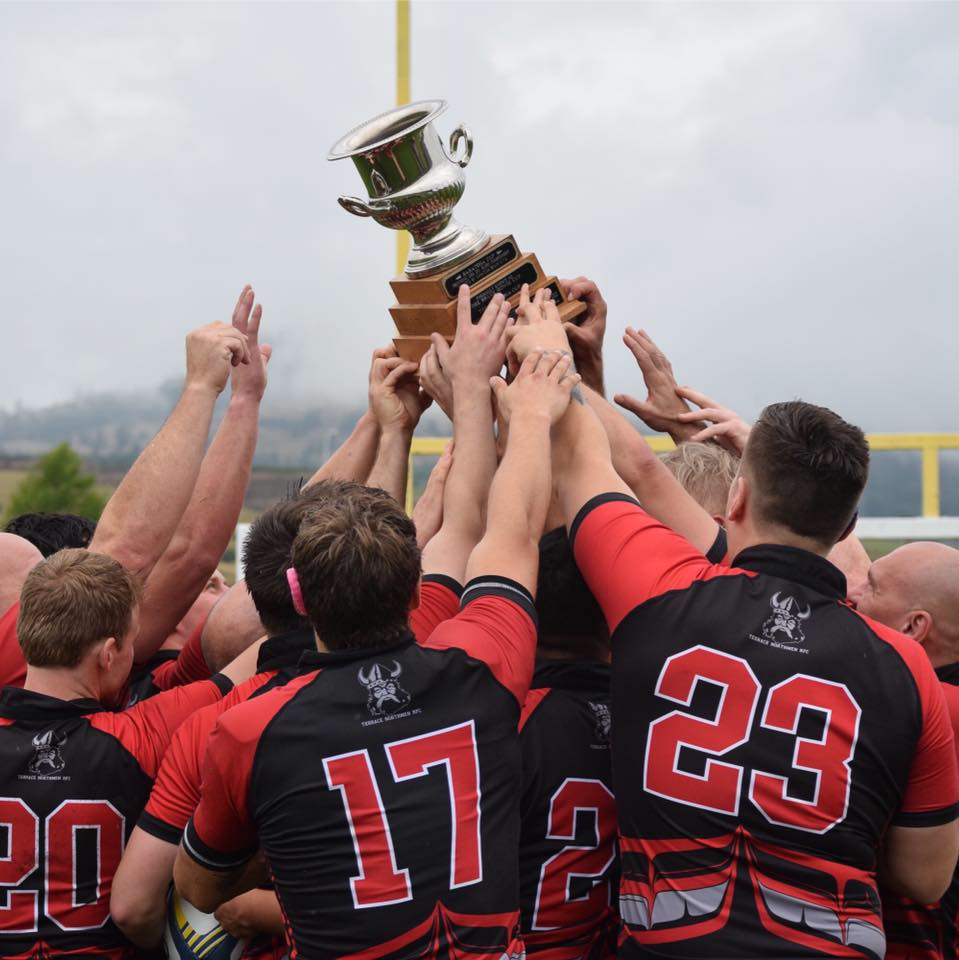 Since reforming, the Northmen have gone from strength to strength, aiming for their fourth Saratoga Cup win in five years. The Club now boasts a strong high school junior program and has plans to form a Women’s 7s team. New posts have been fitted, as has a new pitch and irrigation system. There are plans to build a new Clubhouse that would be used by the local community – a community that has been hit hard by the effects of recession.

The impact of reforming the Rugby Club, says Stephens, will help create new opportunities for its community.

“It creates a bit of a buzz around town,” Stephens added. “Mike wanted to start the Club again because he thought it would be good for people. These guys really care about the team and they commit so much time. It means so much: it is just wild to think about all the positivity that has come and will come from the team starting back up.”

He added: “Now we have the high school teams – maybe those players get scholarships and get to play down south. To think, what doors and opportunities it could open. It gives so many people up here something to look forward to every week. That is vital for Terrace, because we are so far away from activities down south. It’s so important to our community.”

Homeniuk said: “The biggest thing is the social aspect. You’re out, having fun, learning skills. You’re in the community. We do great things, it’s a lot of fun! The relationships I’ve had with guys from our team and other teams, you can’t take that away.”

More Than A Rivalry

Global pandemics aside, BC’s Northern and Interior Rugby Clubs usually contest their regular season every summer, due to the challenging winter weather experienced between Fall and Spring. The regular season then culminates with the prestigious Saratoga Cup.

With Clubs scattered across Northern and Interior BC, from Prince George to the Kootenays, players often travel over 10 hours to play matches.

“It’s an entire weekend, for sure,” Homeniuk said. “We’ll do double headers, where we go to Prince George and play both them and Williams Lake. Then the whole league will go out together.”

He added: “As clubs in the north, we all understand how long those drives are. We also understand that we must make it an event. We must make it a big deal that guys want to come. It’s always an event, it’s not just about one Rugby game. Those big trips aren’t a burden: it’s a journey everyone wants to go on.”

The bond between Clubs is therefore tighter: when one Club struggles, others feel it too.

Homeniuk said: “If a Club folds, it makes it more difficult for us, too. When my dad played, there were four Clubs just in the northwest. Kitimat folded in the late 1980s, Smithers folded shortly after I started playing. To bring these clubs back after they’re gone – like what we did with Terrace – it’s a lot of work.”

Rugby, says Stephens, is the perfect sport for making lifelong bonds. Respect is embedded in its culture, which allows athletes to grow both physically and mentally.

But it’s also a sport of opportunities. Stephens has created lifelong memories playing with the Northmen, including getting Prime Minister Justin Trudeau to pose with a classic Northmen jersey in 2017.

“We won the Saratoga Cup that summer, and I remember thinking we came from five guys training together 9 years ago. It really felt like we were on the map,” Stephens said. “Our fire crew, the unit crew I was working with, were chosen to have lunch with Prime Minister Trudeau as he was coming to visit Williams Lake. I still had this classic jersey we gave out for MVP. So that next day, I got a photo of Trudeau and I both holding up this Northmen jersey. It was quite a cool moment.”

For Soucie, playing Rugby had a deeper personal impact: he found love at Terrace Northmen.

“I met my wife on the Rugby field,” Soucie said. “She played for the women’s team, we were friends for a long time. My son came home one time and said: ‘Oh, you play Rugby with my best friend’s mom at Terrace.’ So, they became brothers!”

He added: “Before we were together, we were both MVPs at the club in1998. We each got a Rugby ball with our name on – it’s neat that we still have those balls up on our shelves. Now we’ve been married for 18 years.”

With thanks to Evan van Dyk, Mike Homeniuk, Jared Stephens, Ben Soucie and Terrace Northmen for allowing BC Rugby to tell their stories.

Want your Rugby story featured on BC Rugby? Get in touch: media@bcrugby.com

2021 Saratoga Cup Preview: Who Will Be Crowned Champions in Kamloops?

National Day For Truth And Reconciliation
Scroll to top