It has been a testing week for the Vancouver Rogues as the team continues to prepare for the 2022 Bingham Cup. With Thursday’s training session washed out by the Vancouver rain, a tough match against United RFC awaits this weekend before a trip to Seattle next week to face the Seattle Quake.

Every Friday, BC Rugby will post a series of stories documenting the team’s preparations for Ottawa. BC Rugby is proud to support the Rogues on their journey to the Bingham Cup, and continues to help with logistics, field bookings, coaching sessions and donations.

This week, Rogues player Sal Fuda tells his story – Sal is on the team’s kit design committee and also writes the team’s blog.

WHY I JOINED THE ROGUES – SAL’S STORY

I had always wanted to join a team sport, though I wasn’t ever sure what form it would take. The summer after I broke up with my ex, one of my friends invited me to play with the Rogues, and it sort of hit me that maybe it was what I was looking for. The whole summer was transformative for me but joining the team was definitely a key moment during that time.

It all started with Touch Rugby Sundays. I remember being nervous to go and, at that first Sunday Touch session, I was super awkward. At that point, I was still unsure if I’d play full contact, but I sort of got teased into it. There were promises of “return to contact” that essentially meant that it wouldn’t be full contact from the beginning of the season, just partial. It was the perfect bait for a beginner like I was then.

I just kept showing up. I was having fun. I was getting into better shape. I started falling in love with the combination of the people and the game. It was really a perfect storm.

It’s September 2021, and we’re starting contact practice. I just kept showing up. I was having fun. I was getting into better shape. I started falling in love with the combination of the people and the game. It was really a perfect storm.

The most enjoyable part about all of it is that the Rogues give me space to figure out how to play this sport. I had rarely played sports in school, let alone a contact sport. So, here I am, becoming an athlete for the first time in my life. If it wasn’t for the Rogues, I never could have done that. I remember, at one point, the game just started to click for me; it got easier. I understood what to do better. I’m still having a hard time with some aspects, but I think I have better ability to be critical (in a productive way) of my own skill level.

Rugby is just one part of my life, but I love that I found this physical outlet for myself. It’s made me tougher, and I don’t care when I get muddied or bruised anymore. You learn to love those bits about the sport. 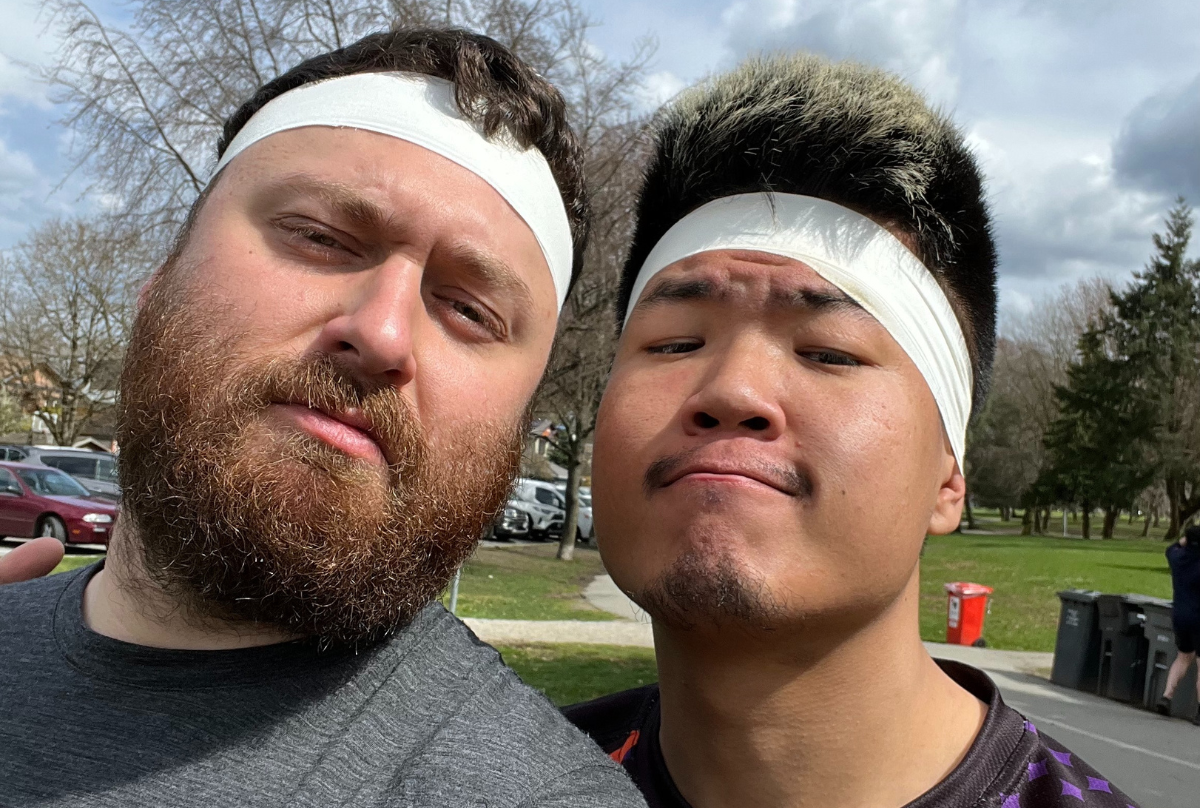 As preparations continue towards the 2022 Bingham Cup, the Rogues face two tough matches in seven days. This weekend, rivalries with the Coquitlam-based United RFC will be renewed as they host the Rogues for a friendly.

The Rogues then travel to Seattle next weekend to play the Seattle Quake, the Pacific Northwest’s first gay and inclusive Rugby team.

“For United, it’ll be a fun game. We know a bunch of the players and have played with them in multiple games. I think it will be a hard-fought (but friendly) game between two teams,” said Sal. “The Seattle trip will be a good jolt to our system. We only train during the weeks where we have a game on the weekend, so we are taking some much-needed breaks as well.”

Tuesday’s training session saw a core group of players put through their paces in a variety of tackling and handling drills, before Thursday’s session was washed out by the famous Vancouver rain.

“Teams like the Rogues perform double duty: by creating the physical space for queer individuals to join teams, they create the mental space for those people to express themselves.”

For some, the break has allowed extra recovery following an intense first season in BC Rugby’s Senior Leagues.

“A lot of us are tired from the season, which was the first season some of us ever played,” said Sal. “Only having training in the lead up to games makes it easier to focus and stay ready. It’s definitely been a marathon and the weariness is starting to set in. The weather hasn’t helped as most of us were excited to have training on dry pitches for once!”

While Rugby is an inclusive sport, there is still work to be done to ensure everyone feels welcome within the sport.

“Rugby players in general seem to have a lot of respect for each other as-is, so the struggle at this point wouldn’t be ingraining respect into them, but rather expanding their idea of what respect means in terms of their language and actions with queer folks,” said Sal.

Sal added: “Teams like the Rogues help to create spaces where people feel like they can be themselves. It’s not as simple as saying “well all teams can be inclusive”.  The key is that it’s a dedicated space. Space is so often thought of as a physical thing, and while that’s true, it’s also a mental thing. Teams like the Rogues perform double duty: by creating the physical space for queer individuals to join teams, they create the mental space for those people to express themselves.”

Back In The Game – Rugby Canada To Relaunch Women’s Age-Grade R...