Preparations are in full swing for the Vancouver Rogues, Canada’s first gay and inclusive Rugby team, with the 2022 Bingham Cup on the horizon.

Originally formed in 2002, the Rogues RFC competed for a decade until the team disbanded in 2012. However, the team has been revived under the stewardship of Coach Brennan Bastyovanszky and is now part of the Meraloma Club. Welcoming players from different backgrounds, the team competed its first season in the BC Rugby Men’s Division 3 Senior League this past Spring.

This August, the Rogues head to the 2022 Bingham Cup – the biennial world championships for gay and inclusive Rugby that sees over 80 teams and 1500 players represented from 20 countries around the world.

Every Friday, BC Rugby will post a series of stories documenting the team’s preparations for Ottawa. BC Rugby is proud to support the Rogues on their journey to the Bingham Cup, and continues to help with logistics, field bookings, coaching sessions and donations. 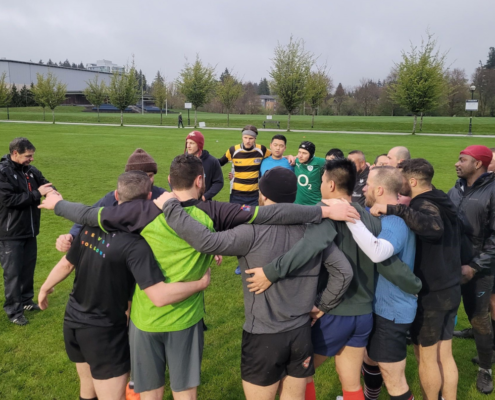 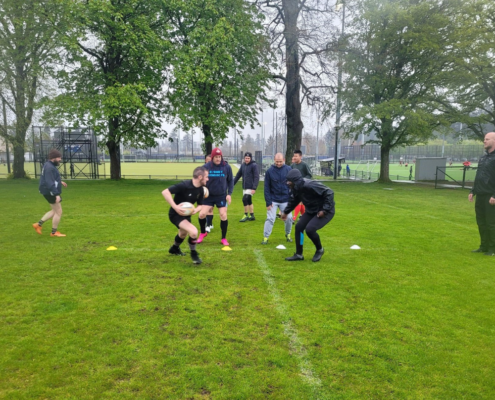 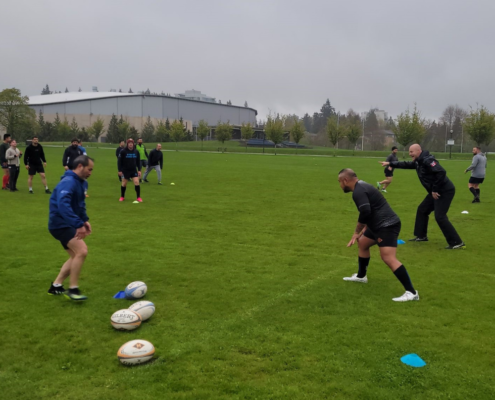 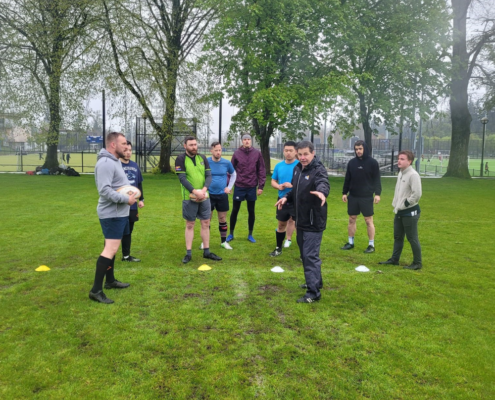 BC Rugby’s John Tait and Doug Tate Coach The Rogues

A big thank you to BC Rugby for their support for the Vancouver Rogues.

The Vancouver Rogues finished their monumental season in Men’s Division 3 with a solid 52-10 win against Abbotsford. Carrying that momentum into the summer months, the Rogues have a training schedule to get them prepared for the Bingham Cup this August.

In preparation for this physically demanding, competitive tournament, The Rogues will play a series of exhibition games over summer.

To kick us off on our long Road to Bingham, BC Rugby provided fields, equipment and top-quality coaches to give the Rogues the best chance to bring home the hardware.

Recently, BC Rugby’s Doug Tate and John Tait led the team through a session focused on handling and decision making and helped us set up our plan over summer.

Doug came out of retirement to coach the Rogues, the first time in years, and he hasn’t lost a step. It meant a great deal to me personally because Doug was my coach at the University of Victoria. I played four seasons under him, and it was wonderful to get coached by him again. He makes Rugby really fun, and it shows how much he cares about his players, past and present.

For most of the guys, this is their first season of Rugby, so getting access to top notch coaching is something very special.

The rest of the summer has Brian Moylett joining the Rogues’ Coaching team. Brian is the coach for the UBC Women’s team and has a stellar Rugby career in his own right.  The Rogues are excited to have him. 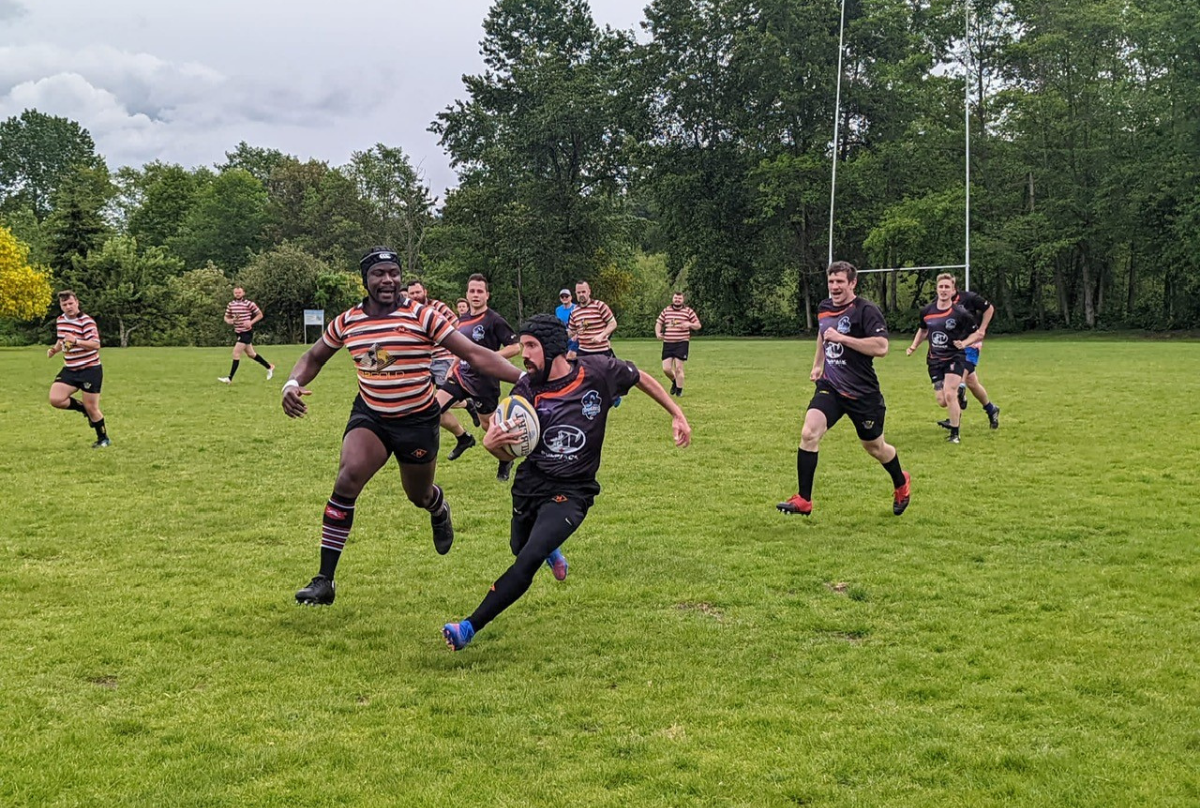 Last weekend, the Rogues held a Community Day that saw 35 players from different Clubs come together to support the team.

Players from Chilliwack, Burnaby, Surrey Beavers, Abbotsford and Meraloma teamed up for a day of 10-a-side games that focused on attacking, running Rugby. With the focus on building the community and getting a chance to meet new people, the session was designed to put players in unchartered territory and come up with fun, new techniques on the pitch.

Even injured players who could not play came down to show their support and enjoyed the good weather, good company, and post-match BBQ at Vancouver’s Connaught Park – home of the Meraloma Club.

“The culture of Rugby crushes every other sport. There is space for everybody on the field, regardless of body type. During isolation, people were desperate for connection: they wanted to connect with the community and make new friends. Isolation was hard on a lot of people, but Rugby was like a cure for that. Our sport continued when other sports couldn’t. It allowed people to stay fit and active. The social aspect of Rugby is really powerful, and people are drawn in by that.” Brennan Bastyovanszky

Surrey Beavers President John Eadie was impressed by the camaraderie on show. The Beavers have one of the Rogues’ founding Members as part of the Club, so it was an easy decision for Eadie to support a Club-mate.

“The biggest objective is to make people feel welcome. I believe that everyone deserves a Club, that everyone deserves to play the sport. When I played with the Rogues last year, when I heard the stories from some of these guys and the way they had been treated at other Clubs when they came out – their fear – I never remember Rugby being like that. It broke my heart to hear it.” Surrey Beavers President John Eadie

Eadie is now determined to help get rid of the barriers that can stop other people from playing sport.

“Rugby is a place, no matter who you are, where you can go and be amongst your team-mates and be yourself. People have a place to go and feel safe.”