After 18 months off the field, BC Rugby is back!

What a week in South Surrey kicking off, what we hope, is a fun, action-packed summer of Rugby with our first High-Performance Summer Camp at Newton Athletic Park.

It was awesome to see so many smiling faces (even during the Bronco runs) on the fields as both the province and our sport begin to recover from the effects of the global pandemic.

Athletes enjoyed four days of safe training and playing under experienced, trained and certified coaches and left with a firm reconnection to Rugby. Some also left with new friends!

Don’t miss out on a Rugby summer – secure your spot at our High-Performance Summer Camps now!

Camps were led by BC Rugby’s Chris Assmus, Madison Bradshaw, Chase Kelliher and an awesome line-up of coaches. Our goal was to provide a memorable, positive experience for all attendees – athletes and coaches alike – and to reintroduce them to our great game after such a long absence. Hopefully, it will spark the desire to continue and improve! 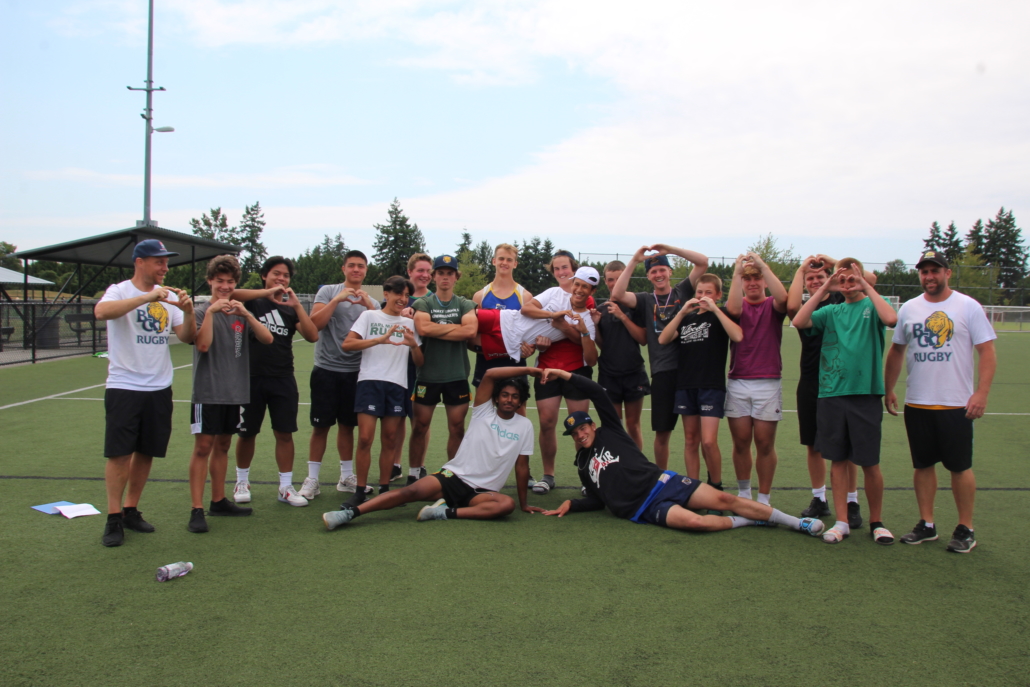 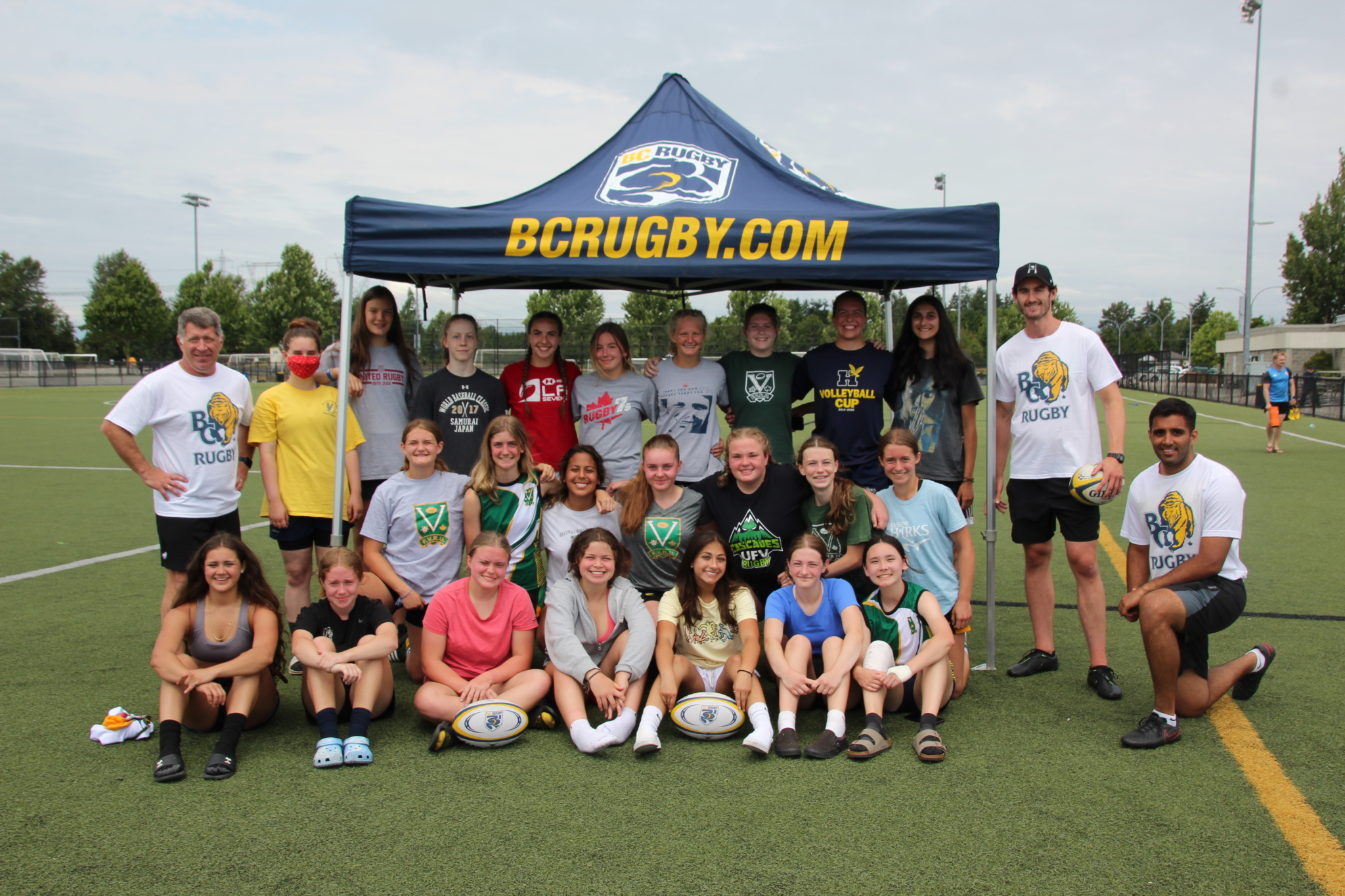 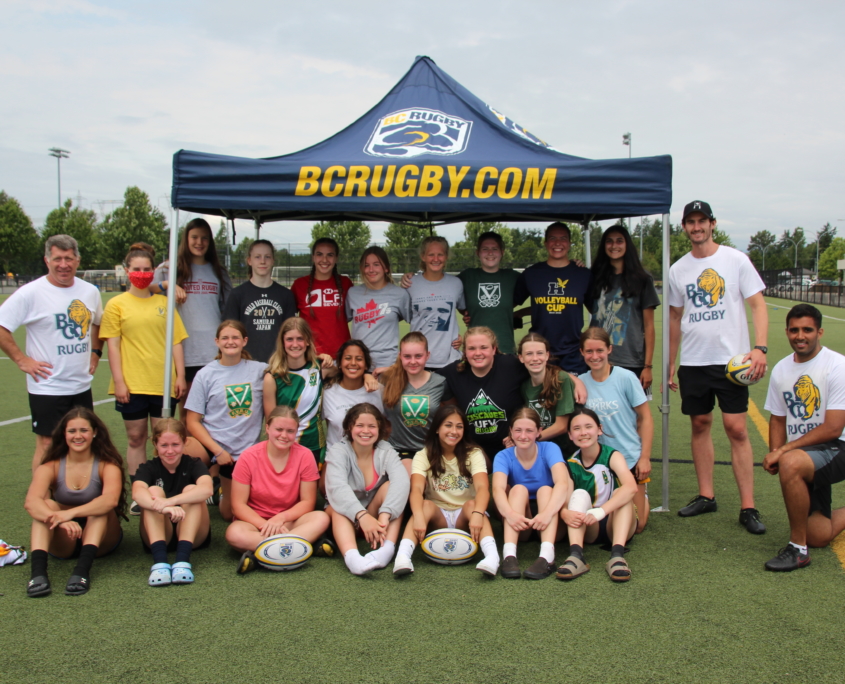 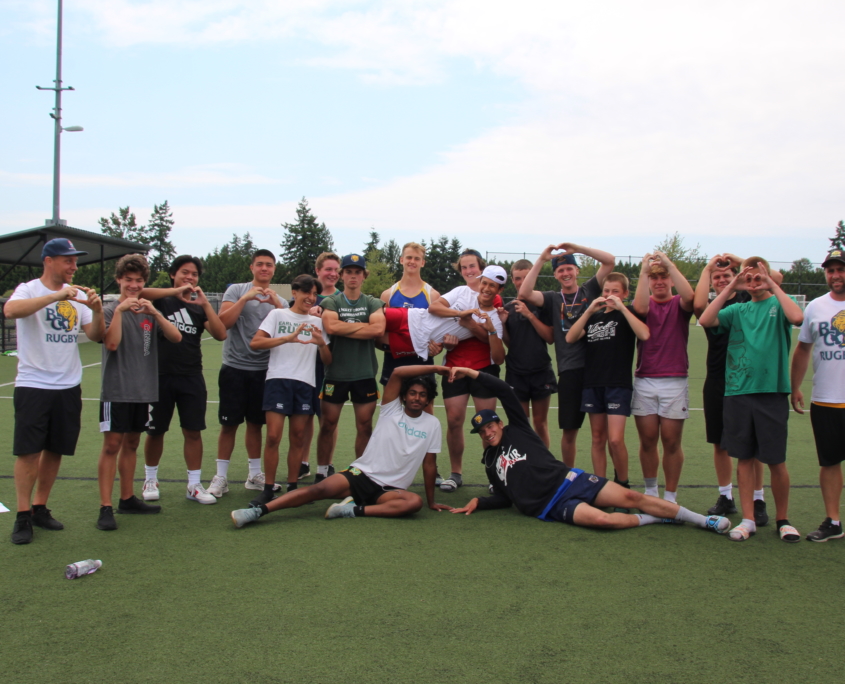 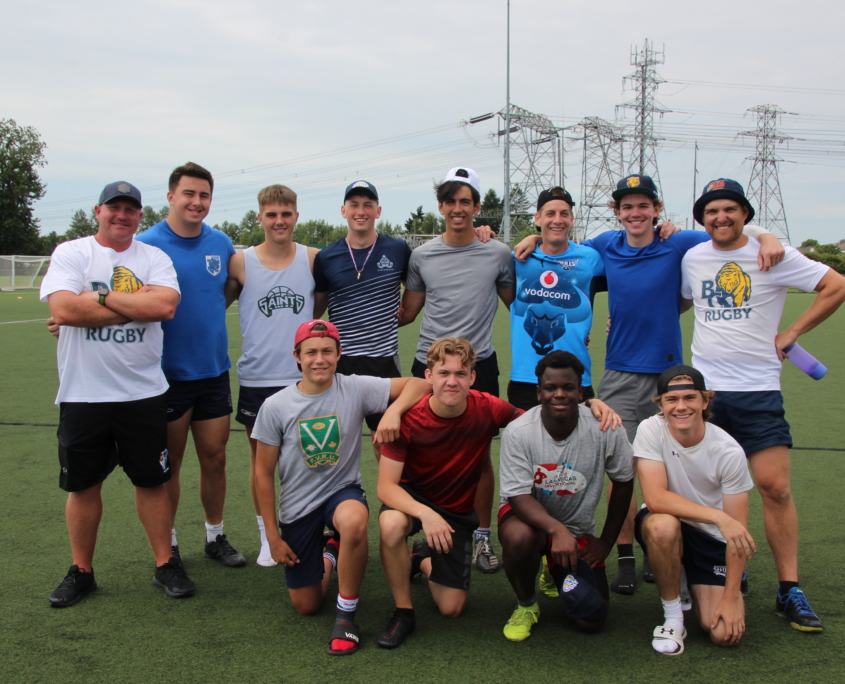 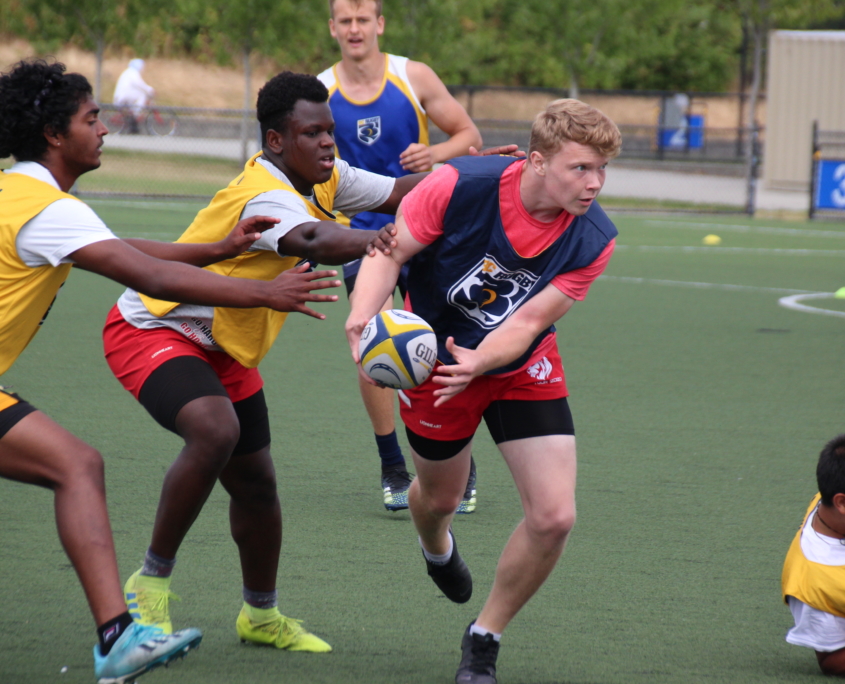 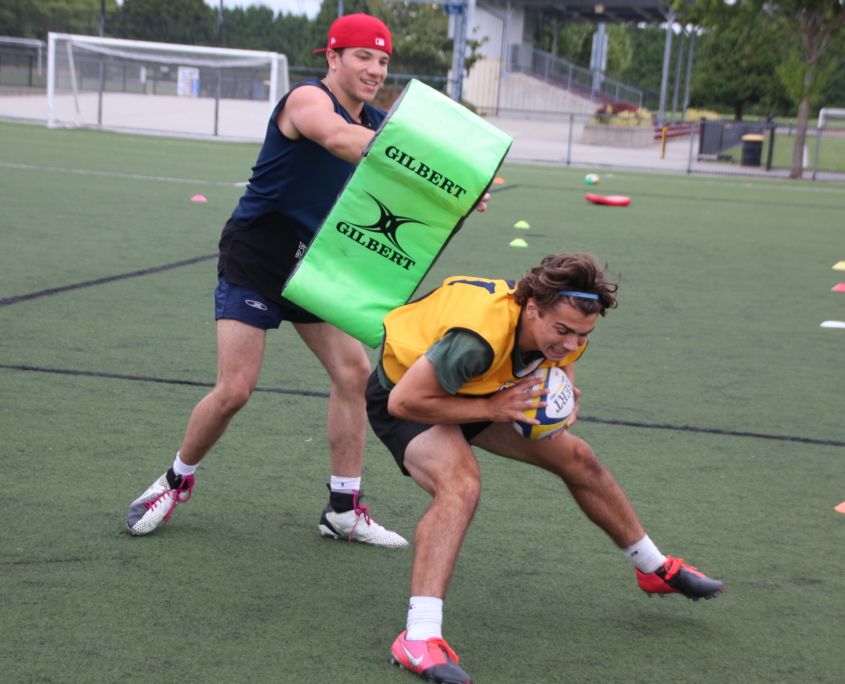 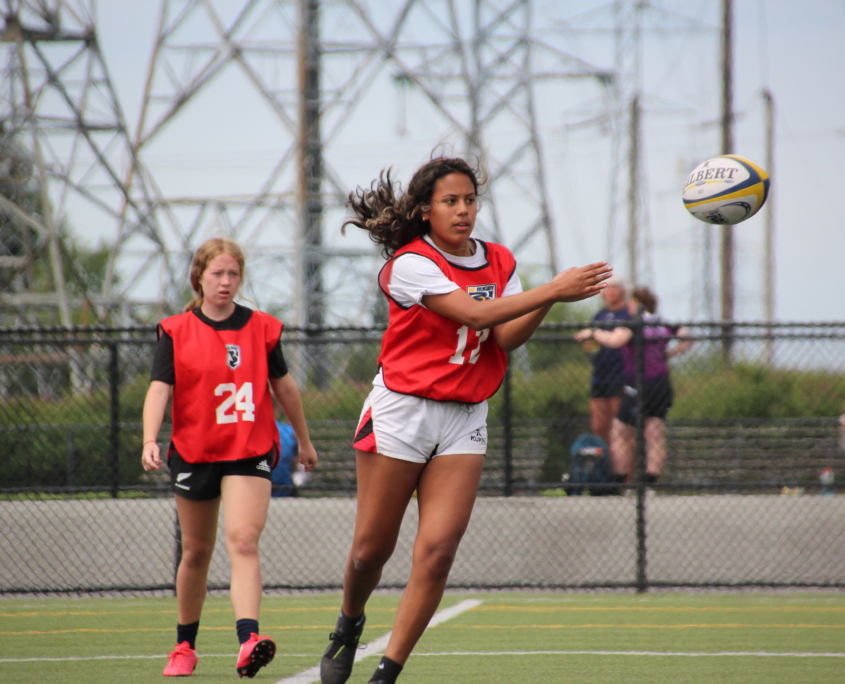 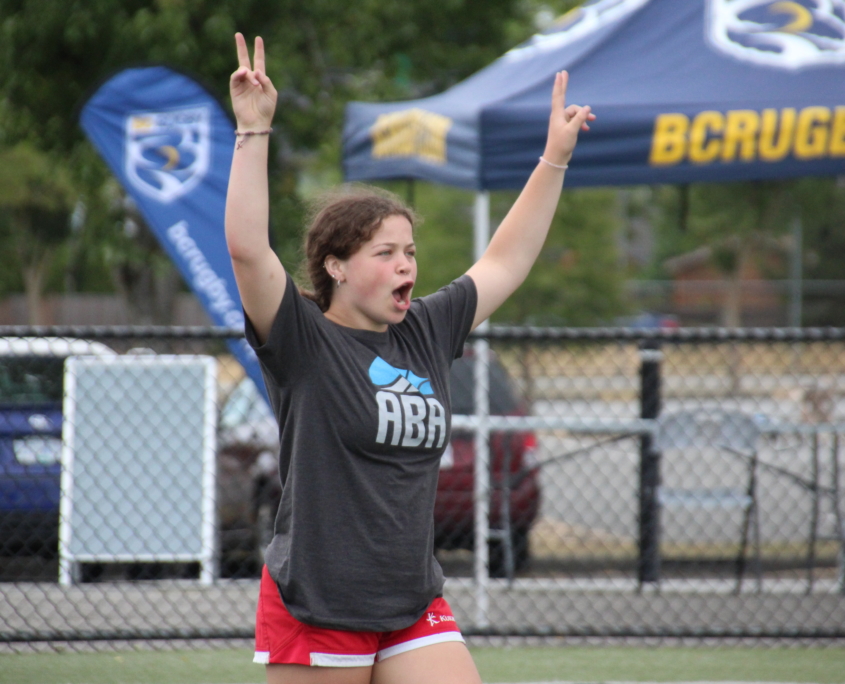 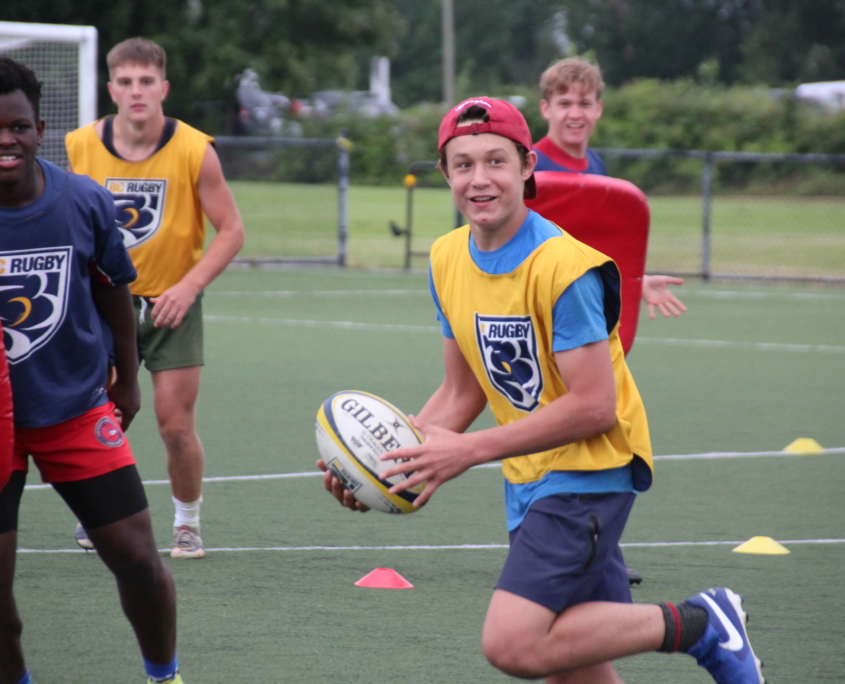 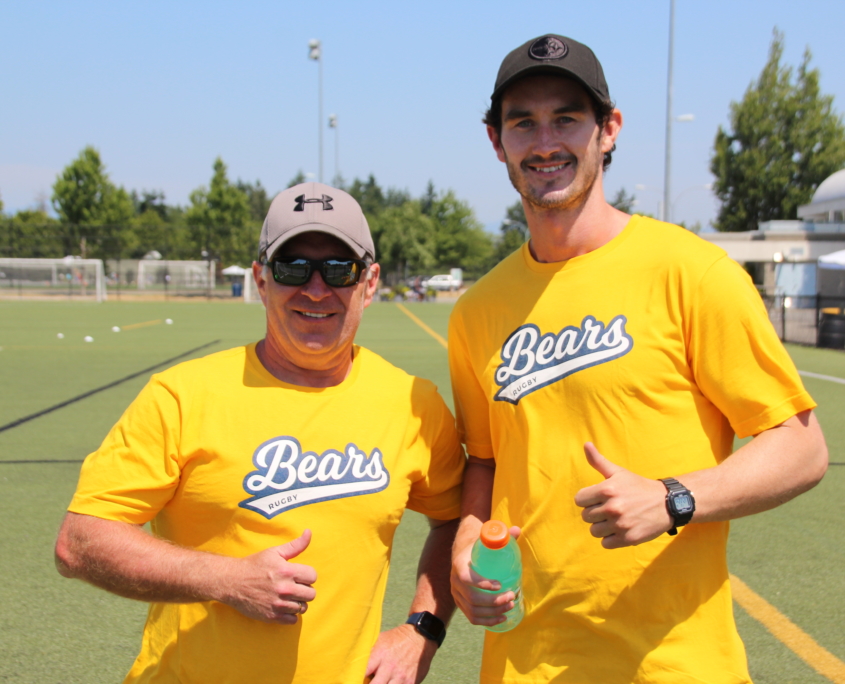 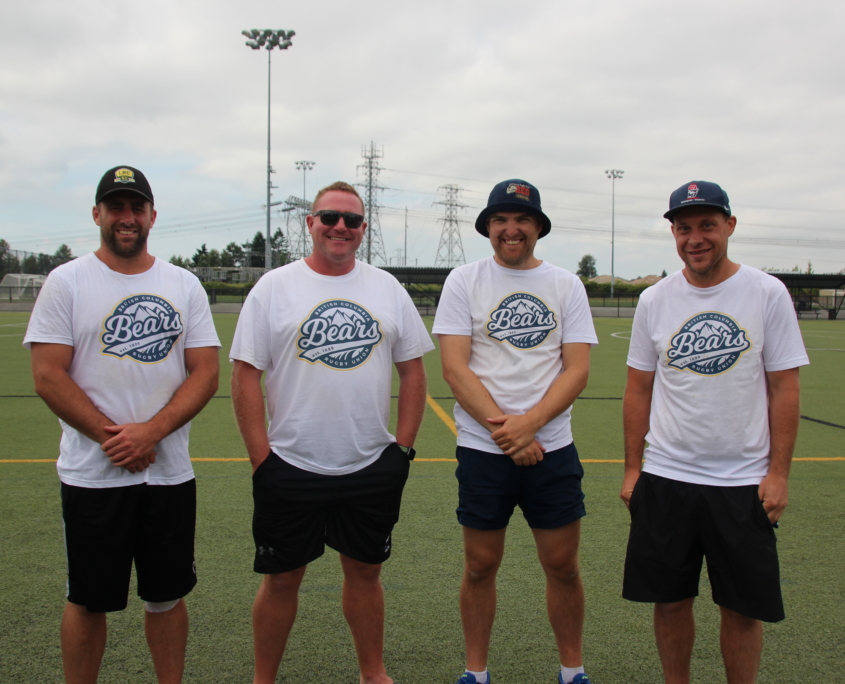 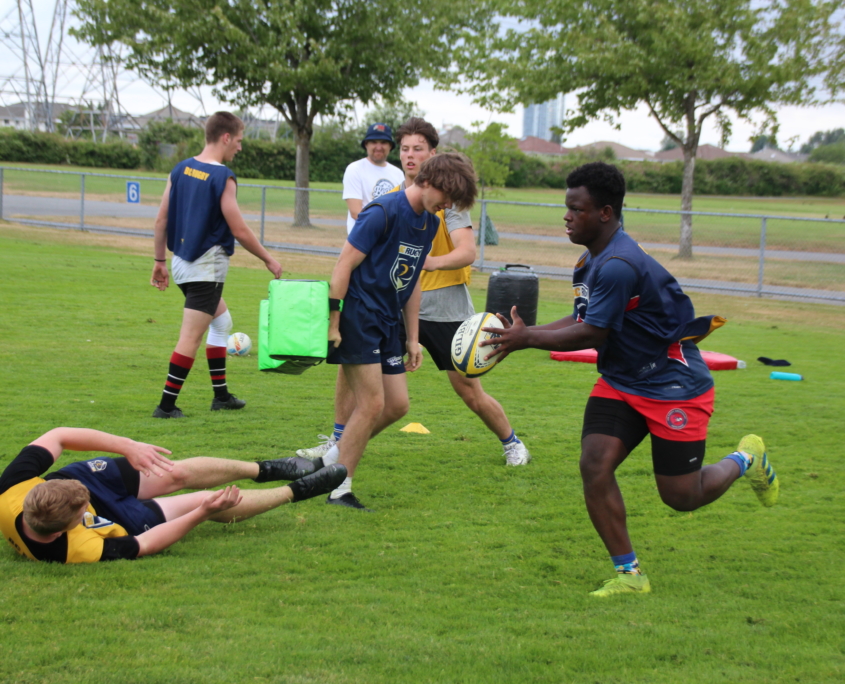 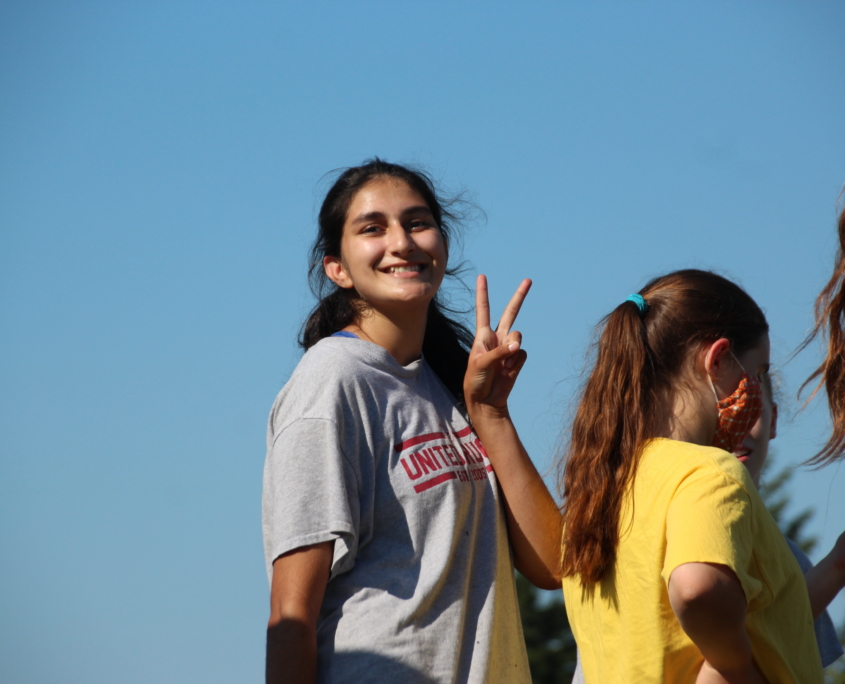 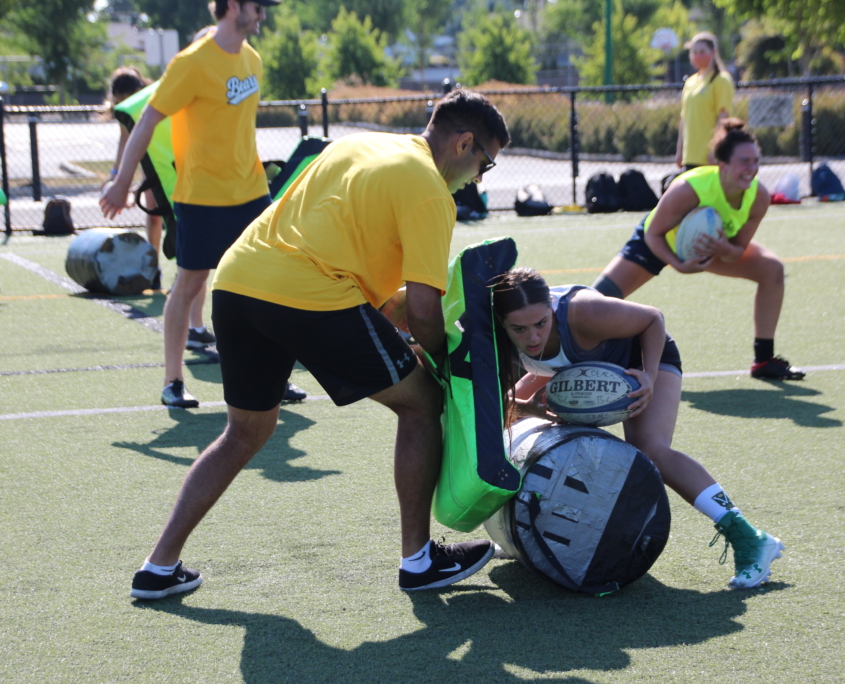 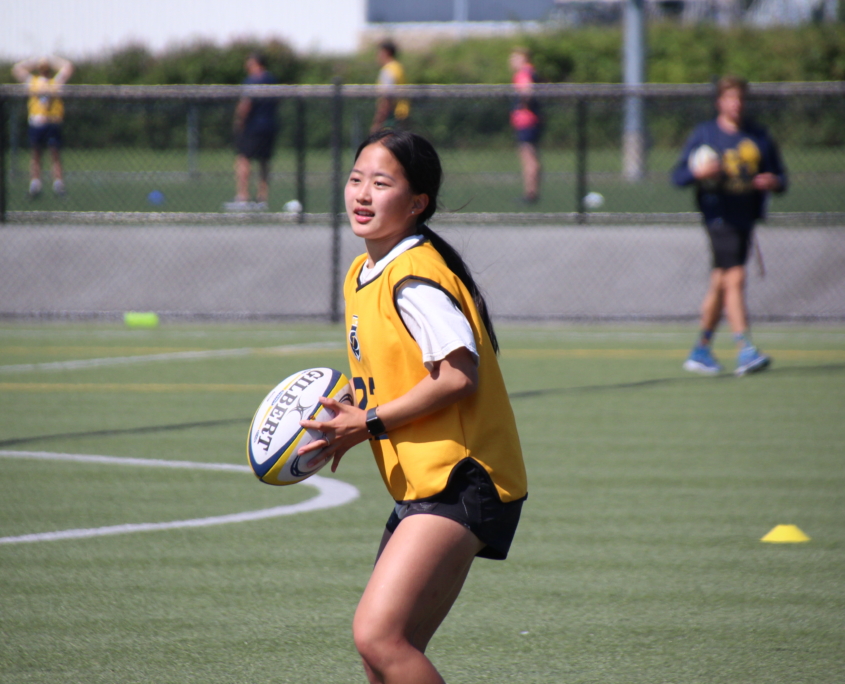 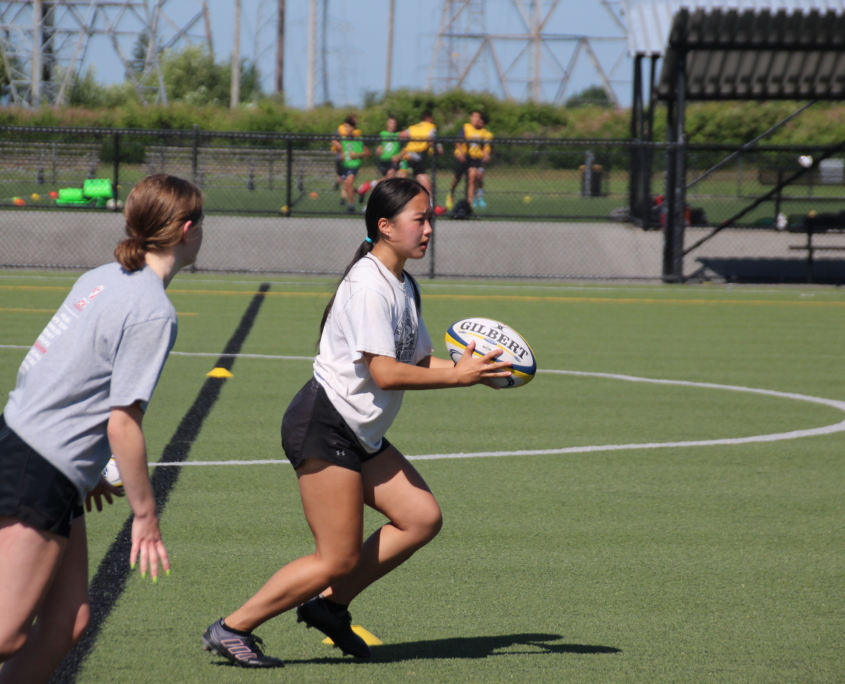 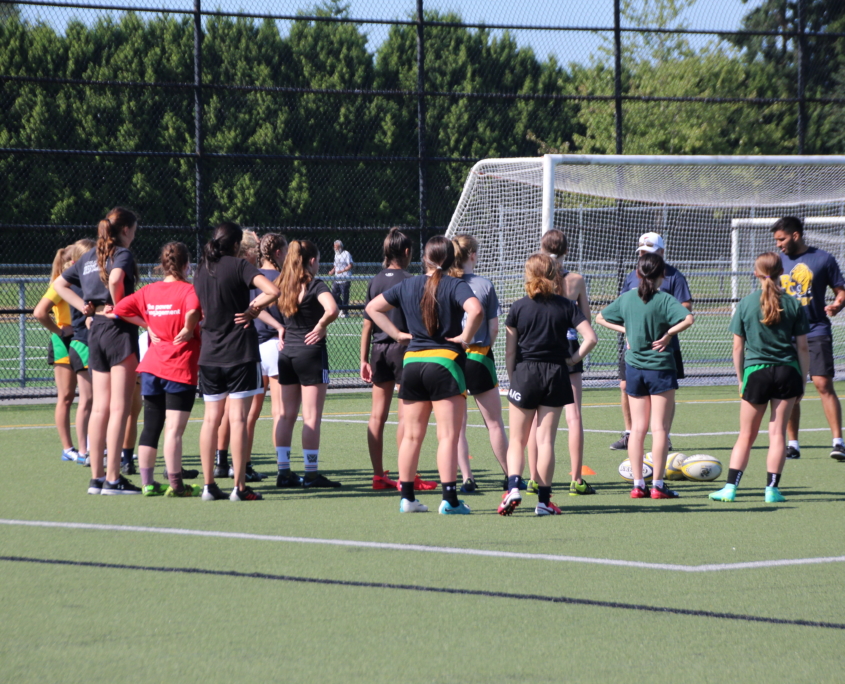 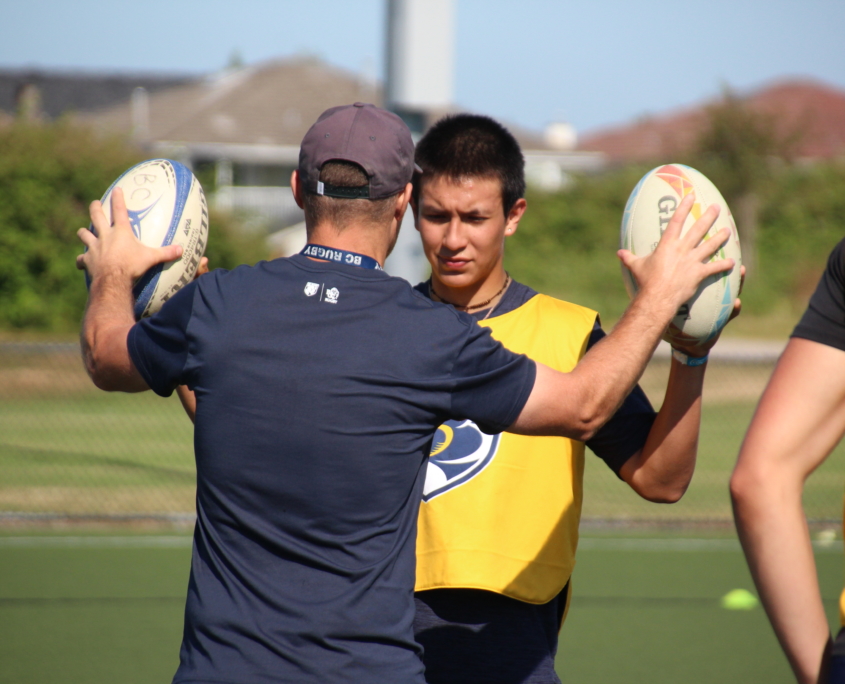 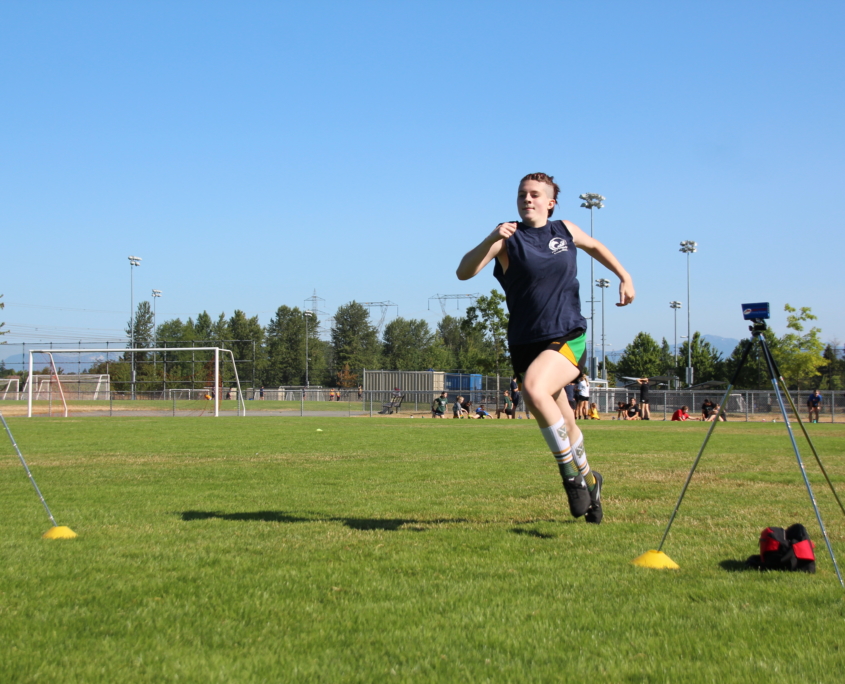 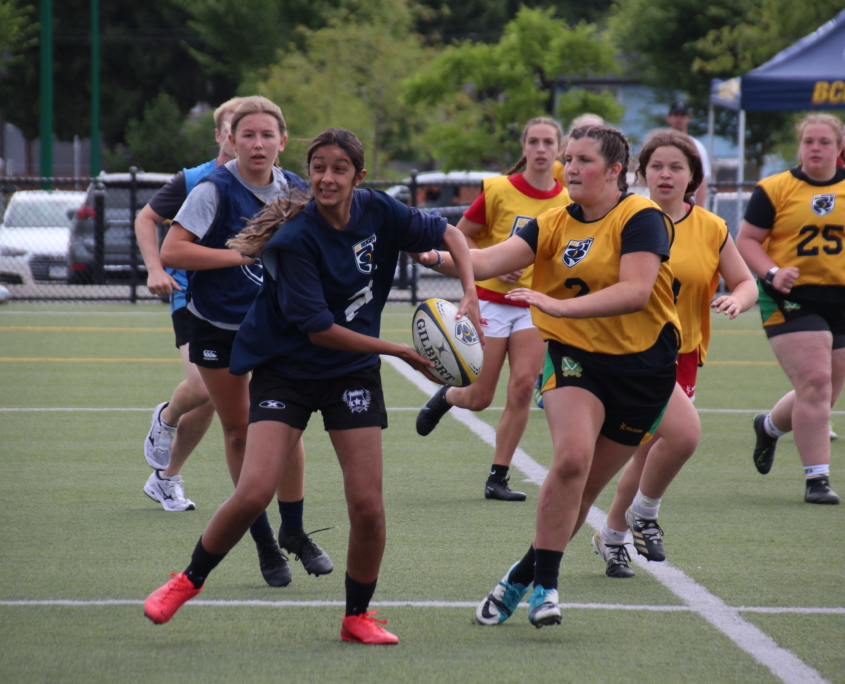 “It was rugby at a pure level: joyful, positive, and competitive”

“Over the last four days I was finally back coaching rugby in person for the first time since the start of the pandemic in March 2019.

Day 1: Theme was Play to Space: The Attacking Day!

After a Bronco and a 40m sprint in the morning, the initial task was getting the boys to know and be comfortable with each other and just get a footy in their hands again! A big gap in Canadian rugby is their lack of game awareness and intelligence. This is down to a lack of exposure. The drills of the day were focused on players identifying space, creating space and utilising various ways to exploit it. Kick, run, pass.

Day 2: Theme was Get the Ball Back!

I loved this one. Not defence, GET THE BALL BACK! Intercept, rip, jackal, pressure, kick contest, sideline, holding up. How can you get the ball back? The boys enjoyed this day as they got into some light contact work and learned about how to attack through defensive alignment, speed and actions.

Day 3: Theme was Fight to Play!

This focused on work on the ground, offloads, and contact. We tied in the previous two days of get the ball back, fight to keep it. Fight to find space. By this day the group had absolutely gelled. Laughter, nonstop conversations, no cliques, total comfort around each other and us [coaches]. This was what made us happiest. On a Rugby note, we started to see the boys connect some dots and put into action the things we had been teaching and preaching.

We mixed the boys into teams that included the U14-U16s for 6-a-side ‘Japan touch’. For us coaches it was about game day coaching. Mannerisms, behaviour, communication, and demeanour. Being intentional with everything we did. The competitiveness of the coaches and players came out as did the full display of skills from the boys. Seeing them try things, fail and try again. Some of the boys who had been on the quiet side found their voice, some who were not the best in drills and small-sided games came out and crushed it.

It was rugby at a pure level: joyful, positive, and competitive.

There will be more high-pressure situations to come but it was great to be on the tools again. The appetite is wet and BC Rugby has some real talent to nurture.”

Want to get involved? Sign up to one of our remaining High-Performance Summer Camps now!

Rugby is Back! Register Now For Your New Northern and Interior Season!
Scroll to top