U SPORTS announced the seedings and bracket for the 2022 U SPORTS Women’s Rugby Championship, hosted by the University of Victoria. The tournament will run from November 2-6.

The eight participating teams, listed in order of seedings, are as follows: 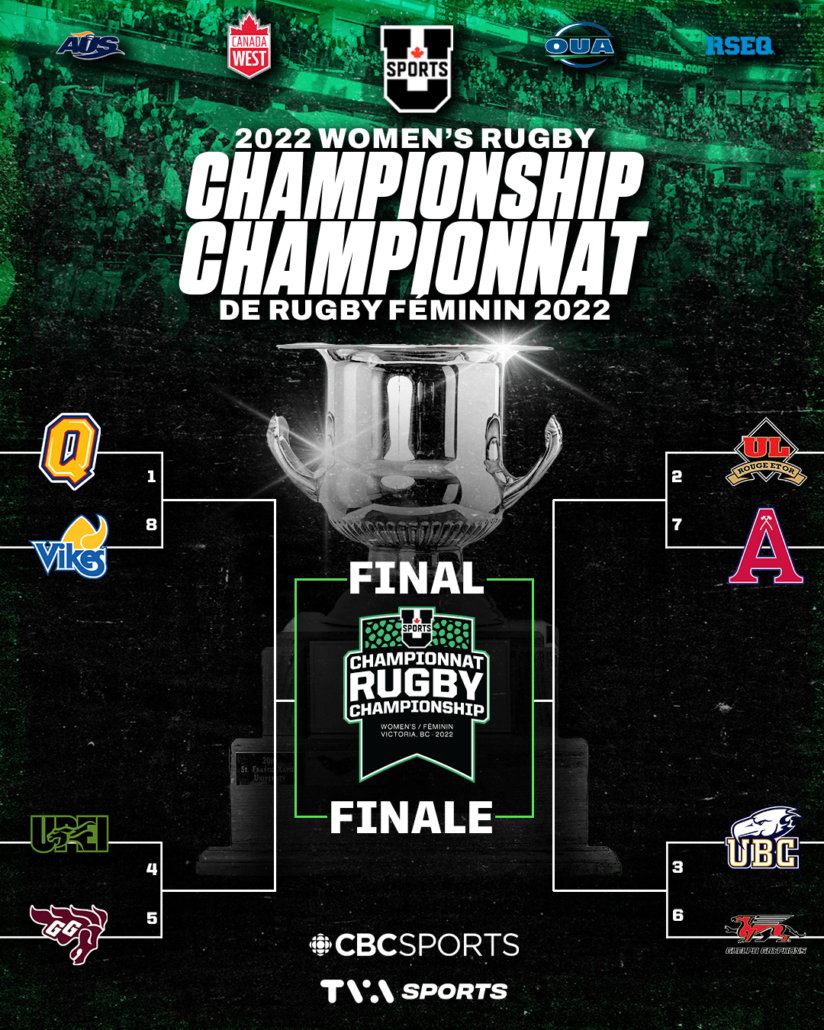 Vancouver Thunderbirds, of UBC, will face #6 Guelph Gryphons in their quarter-final match, with the Vikes taking on top seed Queen’s Gaels.

All four quarter-finals will be played on Wednesday, November 2. The opening game will be at 1:00pm PST and will feature Laval versus Acadia. The second quarter-final will follow at 3:00pm and will see UBC play Guelph. Both games will be held at Wallace Field on the UVIC campus.

The final two games will be held at Centennial Stadium and will see UPEI and Ottawa square off at 5:00pm, while the defending national champions from Queen’s take on the host, Victoria Vikes, at 7:00pm.

Game Day 2 is set for Friday, November 4, and will see consolation games at 1:00pm. and 3:00pm. on Wallace Field, with championship semi-finals to follow at 5:00pm and 7:00pm at Centennial Stadium.

The final day will be Sunday, November 6, starting with the fifth-place game at 11:00am, followed by the bronze-medal match at 1:00pm and the championship at 3:00pm. These games will be held at Centennial Stadium.

Tickets for the event are on sale here.

All championship games will be streamed on CBC Gem (English) and USPORTS.ca (French). 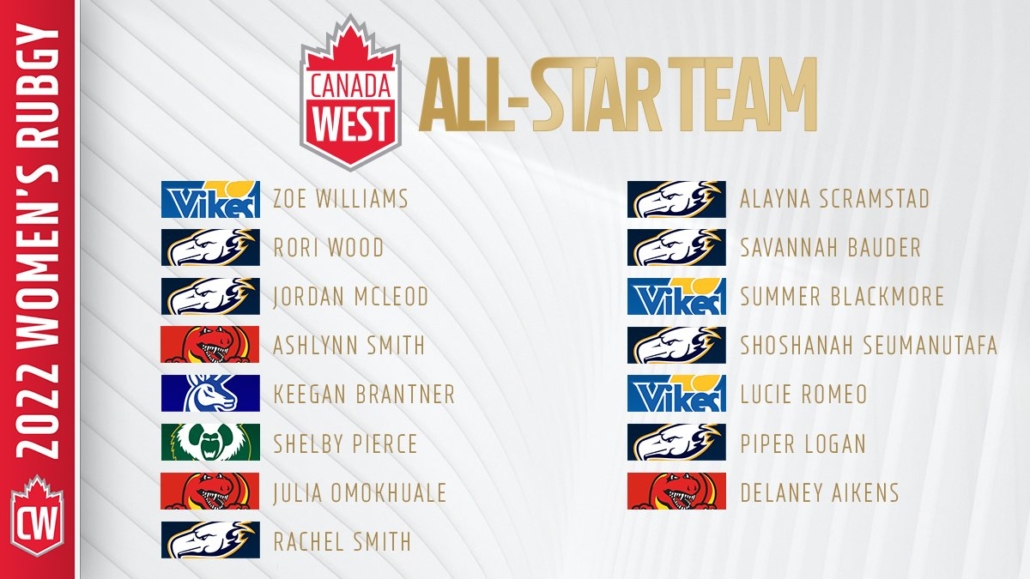 UBC’s Shoshana Seumanutafa was named the 2022 Canada West Player of the Year award, on the same day her Thunderbirds team captured their third-straight conference title.

The Thunderbirds’ coach, Dean Murten, also took home several honours from the recent Canada West Championships in Edmonton as the 2022 Rugby 15s Coach of the Year.

The conference also released its 2022 All-Star roster after the Championship, studded with seven UBC Thunderbirds and three Vikes players.

Seumanutafa has shown her brilliance in 2022, contributing greatly both with and without the ball. The fifth-year was the glue in UBC’s impressive backline, as she made plays for both herself and her teammates with ease.

Seumanutafa scored two tries this regular season, and added another when it mattered most, in the conference finals. Her sheer athleticism, smarts and determination made her a central cog in the Thunderbirds’ unbeaten season.

Seumanutafa has now helped UBC to three straight conference titles, and has captured this prestigious award in her graduating year.

A versatile back for the Vikes, Norsten has started all seven matches for the Vikes in her first 15s season. Registering four tries for the Vikes by using her speed and agileness to her advantage, Norsten can often be found breaking away from defenders and getting the ball in the end zone.

Highlighted by a two-try effort to help the Vikes to their third-straight Jenny Vincent Memorial Game on September 18, the first-year also added a try against Lethbridge and in the Canada West semi-finals against Calgary.

Carissa Norsten impressed with her speed and agility in her first season, registering four tries for the Victoria Vikes.

Her toughness was highlighted as she broke away from defenders, threatening the west in her rookie year.

Dean Murten earns his third-straight Canada West Coach of the Year title as his UBC Thunderbirds take home their third-straight conference banner. Murten guided the T-Birds to a bronze medal in his first year with the team, before elevating the program’s status to gold. That’s a status they’ve maintained since 2019.

Murten has spent significant time growing the game in Canada, as the national team coach for the U17, U18 and U19 squads. The UBC Thunderbirds have now gone unbeaten in two straight Canada West seasons (2020-21 missed due to COVID-19).