The Thunderbirds enjoyed an impressive 39-7 victory over BC rivals and defending champions UVic Vikes in Sunday’s gold-medal clash in a snowy Kingston, Ontario. 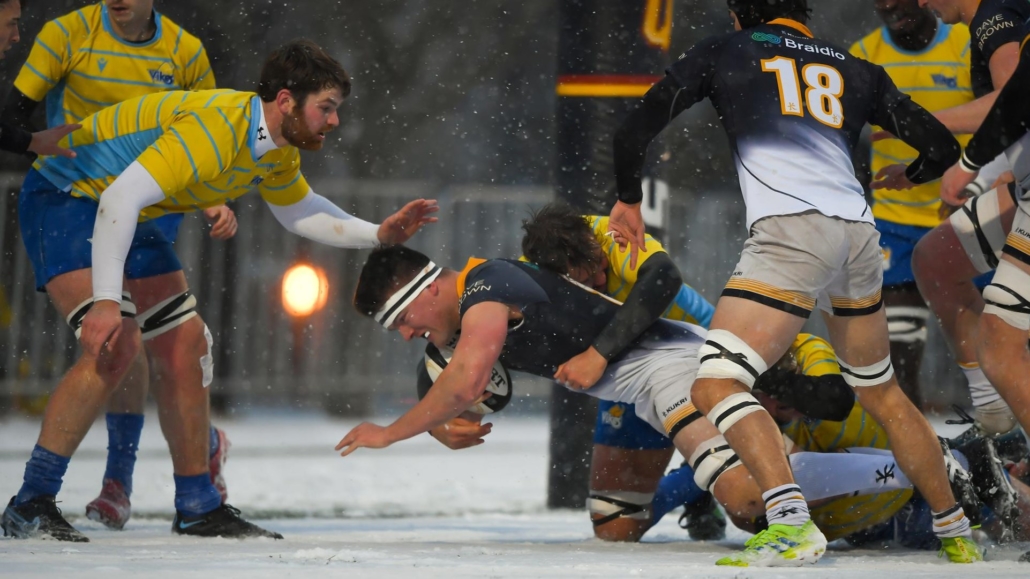 Both sides featured plenty of players from the 2019 final, which Vikes edged 21-20 in Montreal. However, UBC led from the early stages and never looked back as they rallied to clinch a third title in the four-year existence of the tournament, adding to their 2017 and 2018 triumphs.

Owain Ruttan and Alfie Scopes both crossed the line twice, while Connor Sampson and Connor Byron also scored tries for the Thunderbirds. Max Abercrombie added gloss to the scoreline with three conversions and one penalty conversion. Jonas Robinson scored Vikes’ only try, with Chris Gamage securing the conversion.

“The people we coach believe in one another,” said coach Curry Hitchborn post-match. “They understand that this is their team and no one is going to do it for them. We’re at the midway point in our season so now it’s time to look at what’s around the bend and begin to prepare. Go ‘Birds.”

UBC opened their tournament with a 66-0 quarter-final victory over RMC Paladins, before seeing off hosts Queen’s Gaels 41-20 in the semi-finals.

Thunderbirds will get the chance to defend their national title on home soil next year, with the 2022 Canadian University Men’s Rugby Championship hosted at UBC.

Vikes finish their Fall 2021 season with a silver-medal following another impressive showing on the national stage. The Vikes defeated Dalhousie Men’s Rugby 72-0 in their quarter-final match, before edging Guelph Gryphons 29-22 in the semi-finals.