The Canada West Season concluded on October 31st as the University of British Columbia Thunderbirds defeated the University of Victoria Vikes, 47-13, claiming the championship title at McMahon Stadium in Calgary, Alberta.

The match was tight in the first half, with an opening penalty goal in the 9th minute from the Vikes’ Alexia Pusch. The Thunderbirds responded with their first try of the game in the 12th minute by Alayna Scramstad, quickly followed by their second from Madison Gold.

In an amazing 55-yard sprint, Thunderbirds’ Savannah Bauder secured their third try to close the first half. 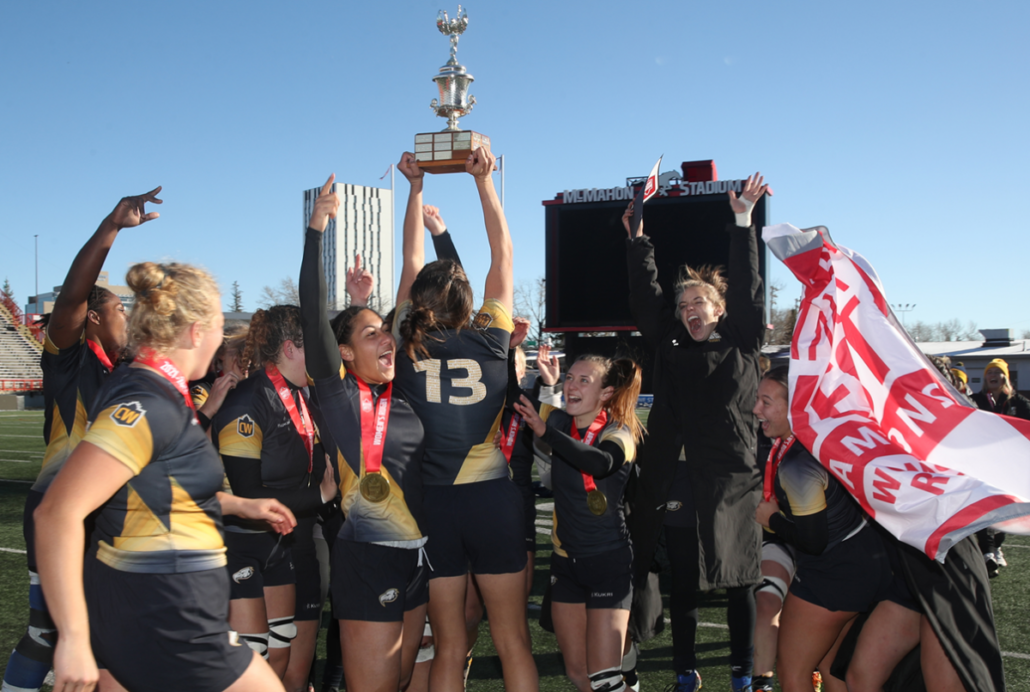 The Thunderbirds continued their momentum into the second half with a fast try from Florence Symonds. The Vikes held up a strong defense but couldn’t hold off the Thunderbirds as Mikiela Nelson scored another try, soon followed by a 40-yard race by Piper Logan to score the 6th try for the Thunderbirds and rocket them to a 40-3 lead.

The Vikes were able to respond with a hard-fought attack from Bethany Cudmore to secure their first try of the match.

Thunderbirds’ Shoshanah Seumanutafa claimed a try in the 61st minute, which was quickly returned by a try from Vikes’ Emerald Maze as the clock ran out. Both teams fought hard in the final few minutes, but the Thunderbirds remained steady to secure the Championship title. 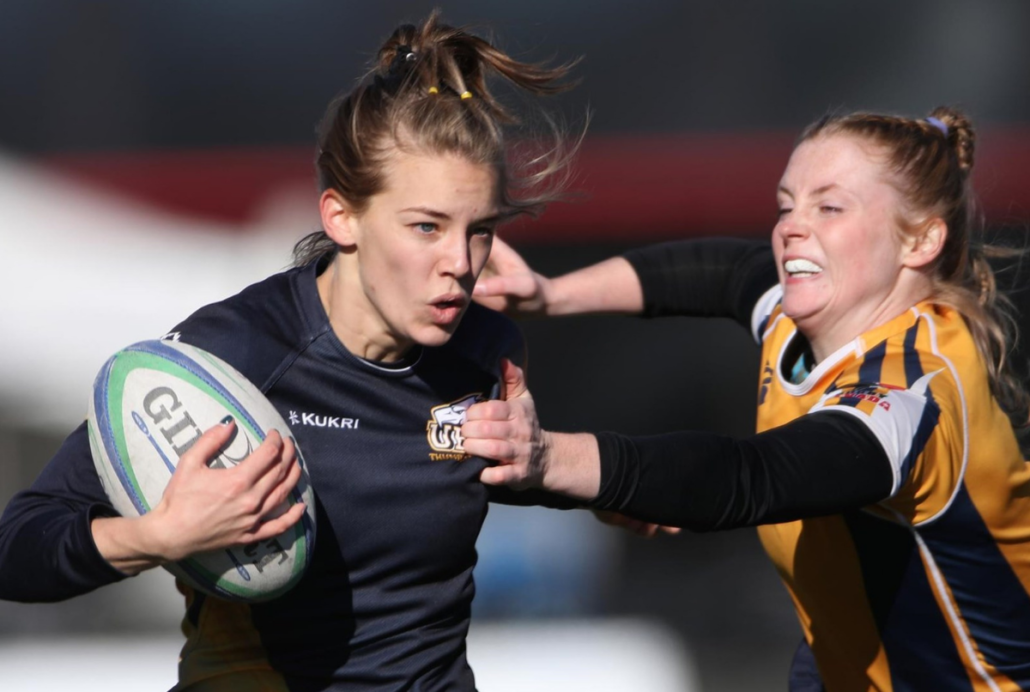 Coaches reflect on the match and season

“In the first half, we were kind of there, but we were just doing some things that weren’t right,” said UBC Head Coach, Dean Murten. “We just had a few things that we needed to fine tune. The girls are getting better at fixing things and I’m really happy with the way they played. Great performance.”

“I thought it was a hard-fought match for both teams,” UVic Head Coach, Brittany Waters, said. “In the beginning, especially, things were really going back and forth, and then UBC just ran away with it in the end. I thought we had a strong start – just could not finish our opportunities. We left a lot of tries out there. We got into their endzone, right by their try line, but unfortunately just could not capitalize on our opportunities today.”

“We’re in a good place,” Murten said. “We’ve recruited hard. The girls have worked really hard. And we’ve got a great coaching staff and supporters – administration support and such. We’re going in the right direction and the next challenge again is to go out to Nationals and do better than the last time we were there.”

The silver finish for the Vikes builds off their bronze placement from last Season.

“This is a fighting team. We’re a very, very young team, so I think they just have a lot of energy and excitement,” said Waters. “One of our policies; we play the full 80 minutes and we need to fight to that last minute, and they did that today. Our impact subs made a huge difference coming on. It’s a young group and I’m really excited to see how they do in the future.”

Both teams will head to their next challenge on November 11th at this year’s U SPORTS Women’s Rugby Championship hosted by Queens University in Kingston, Ontario. 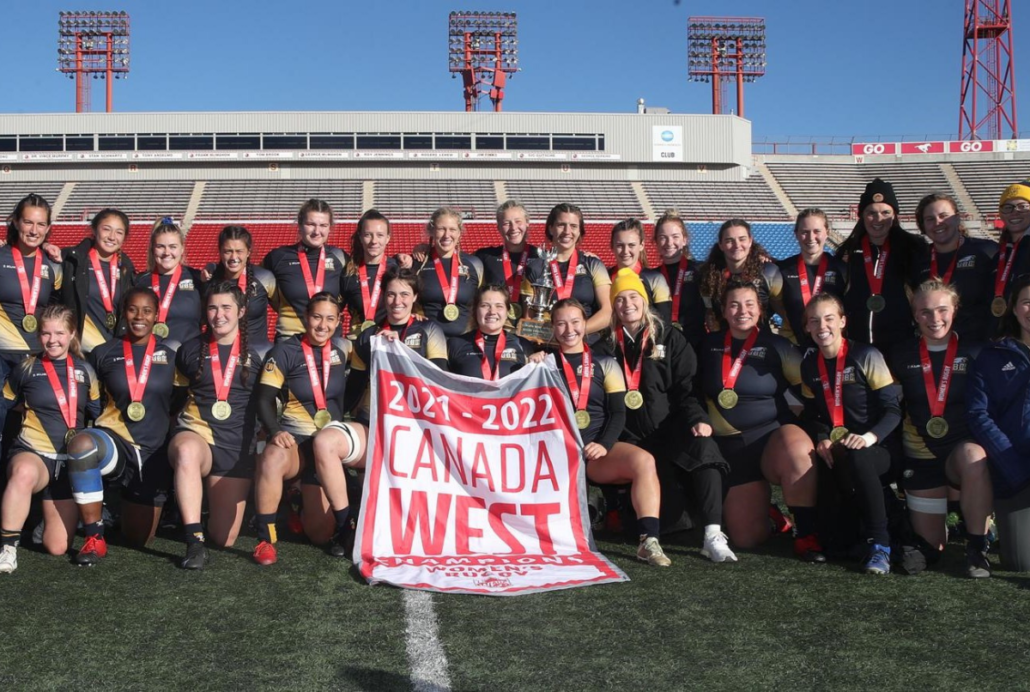 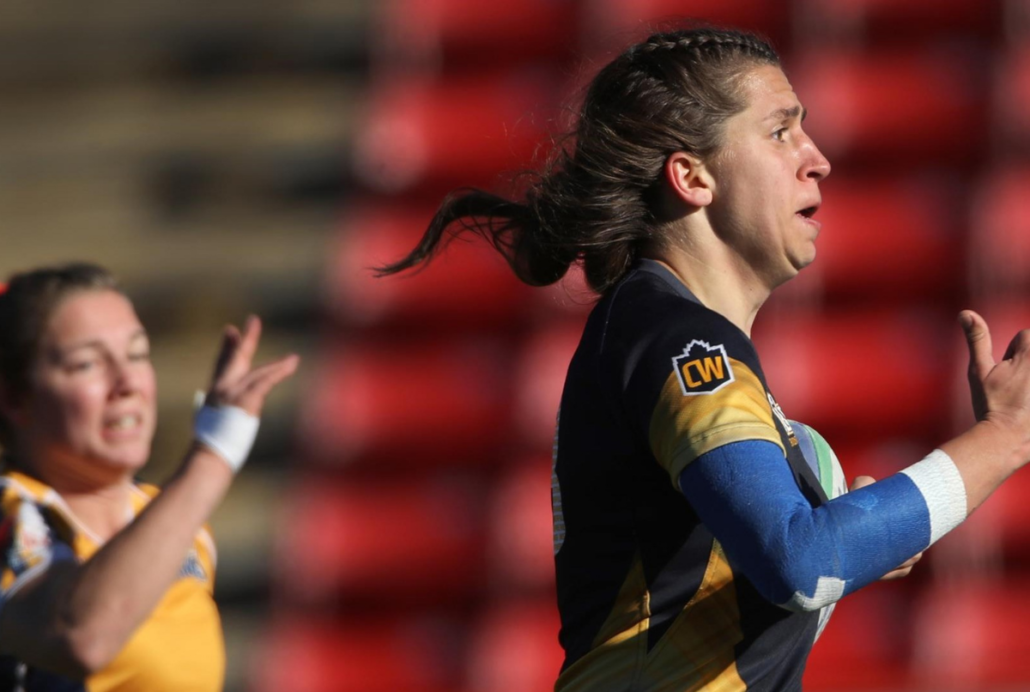