The Vancouver Rogues and United RFC played out an exciting exhibition match as preparations for the Bingham Cup intensified this week, with a trip across the border to fellow inclusive Rugby side Seattle Quake up next.

Every Friday, BC Rugby will post a series of stories documenting the team’s preparations for Ottawa.

This week, BC Rugby spoke to Blair Farron, United RFC Social Director and Rogues Member, about the importance of gay and inclusive Rugby in BC and what we can learn from the Rogues.

BC Rugby is proud to support the Rogues on their journey to the Bingham Cup, and continues to help with logistics, field bookings, coaching sessions and donations. You can support the Rogues by visiting its GoFundMe page. The Club has raised over $4,000 of its $10,000 goal.

For Blair, the social aspect of Rugby is as important as the sport itself. Spending time with like-minded people both on and off the field is a cornerstone of Rugby, and is the reason he loves being part of the Rogues.

Blair, who is Social Director for United RFC, found out about the Rogues from a friend at Burnaby Lake RFC. He headed to Touch Rugby training one summer evening and, from that moment on, was hooked.

“I fell in love with everyone and the cause,” Blair told BC Rugby. “Playing with people who just wanted to play Rugby – people who might not have had that chance before or felt comfortable to do so.”

The Rogues, says Blair, never profess to be the best team in the league; but they always promise to be the most sociable. They promote a positive culture: Blair has never seen another team losing celebrate scoring a try so hard.

“Some people might not like the idea of having a gay and inclusive Rugby team, or ask do we even really need that? But we are seeing why the Rogues are such an important team and Club to have in BC.”

The encouragement shown towards each player is something that Blair doesn’t take for granted. The team plays hard, but there is no negativity if people make mistakes.

“The Rogues stand for the sport of Rugby. It’s fun, safe and you can be who you want to be and be welcomed,” Blair said. “We are warriors on the field, but we need to be compassionate and look after the people around us, as well as the people we are facing. We need to go out there and play hard, but remember what the foundations of Rugby are truly about. The camaraderie of all people coming together for the love of a sport.”

Rugby is a family sport and the Rogues, said Blair, are setting a great example of championing an environment where everyone is welcome.

“We’re not just building Rugby players, we’re building people,” said Blair. “We don’t want to see people not being involved. It’s all about helping each other out. It’s about being a community. The Rogues have set a wonderful example of what being an inclusive Club is about.

“Some people might not like the idea of having a gay and inclusive Rugby team, or ask do we even really need that? But we are seeing why the Rogues are such an important team and Club to have in BC.

“This is pushing the sport in a great direction – a direction that Rugby and every other sport should be heading. We are building bridges that allow other people to cross, who might not have had the opportunity to cross before.” 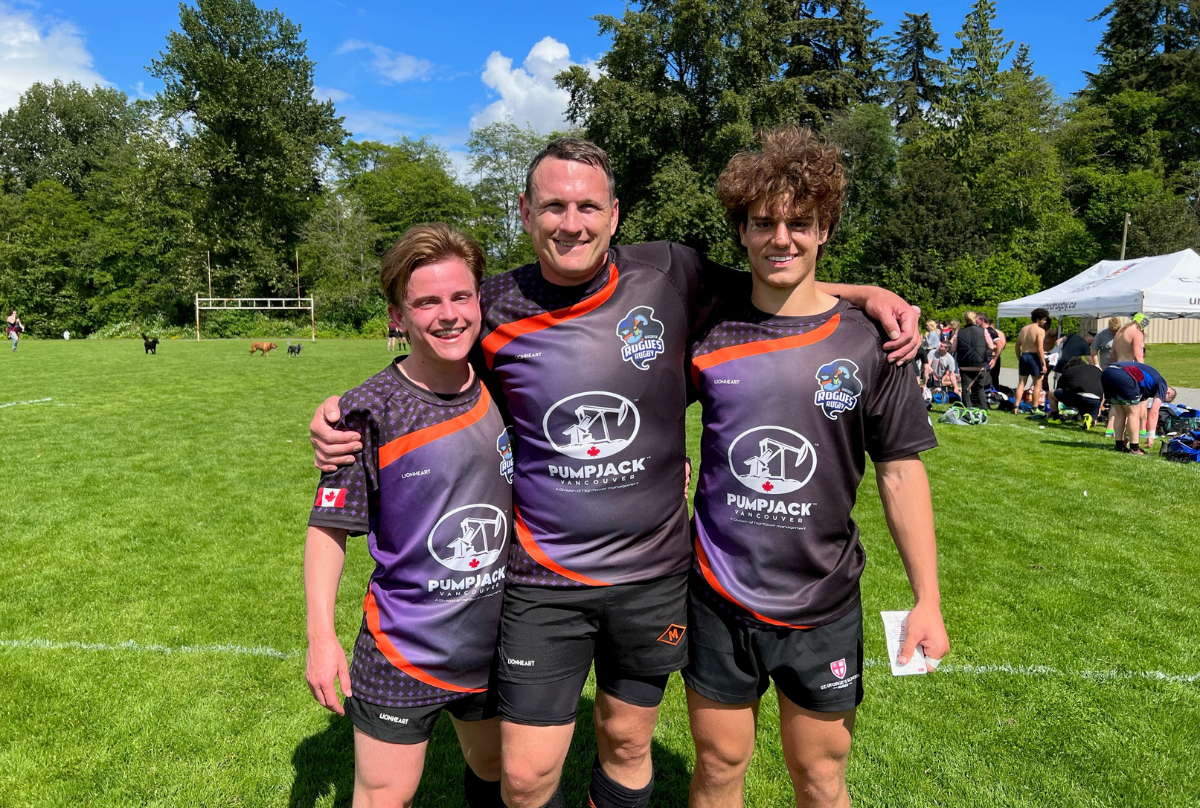 “WE ARE ALL LEARNING TOGETHER”

As someone who joined the Rogues as an outsider, Blair knows the importance of promoting an inclusive culture within Rugby.

“Rugby is full of people who didn’t quite fit in anywhere else, but you will always have a place with us,” he said. “No matter who you are, where you are from, how well or how badly you are doing in life – we have a space for you.”

United RFC hosted the Rogues last weekend as part of the visitors’ preparations for the 2022 Bingham Cup – the biennial world championships for gay and inclusive Rugby.

After the two Clubs battled it out in hot, sunny conditions similar to what the Rogues will face in Ottawa this August, Blair hopes more Clubs will come together to build a more welcoming and inclusive space for all.

“It’s a great opportunity for people from different sides of the track to come together and share the experience,” Blair said. “We have a chance to set an example. With what the Rogues have done, and the ideas they are putting out there, other Clubs are watching and listening. We are all learning together.”