Abbotsford RFC was crowned U18 Girls Champions in the latest rescheduled 2022 BC Rugby Age-Grade Club Final.

Over the past two weekends, four teams have become 2022 Age-Grade Club Champions. Most recently, December 11’s U18 Girls Final that took place at Cowichan RFC was a smashing success, as Abbotsford claimed victory in a thrilling match against the home team. The previous weekend’s fixtures saw the U16 Girls and Boys divisions compete at Windsor Park alongside the regional U14 Boys Island Final match, where Langley, Bayside and Castaway Wanderers all walked away with the Championship title.

The last 2022 Age-Grade Club Final, U18 Boys (Salish Sea Warriors vs. UBCOB Ravens), will be rescheduled for a later date in January 2023.

Check out some of the great moments from the weekends’ matches in our official 2022 Age-Grade Club Finals Photo Gallery, by clicking on the button below.

Photos courtesy of BC Rugby and Mark Bryant 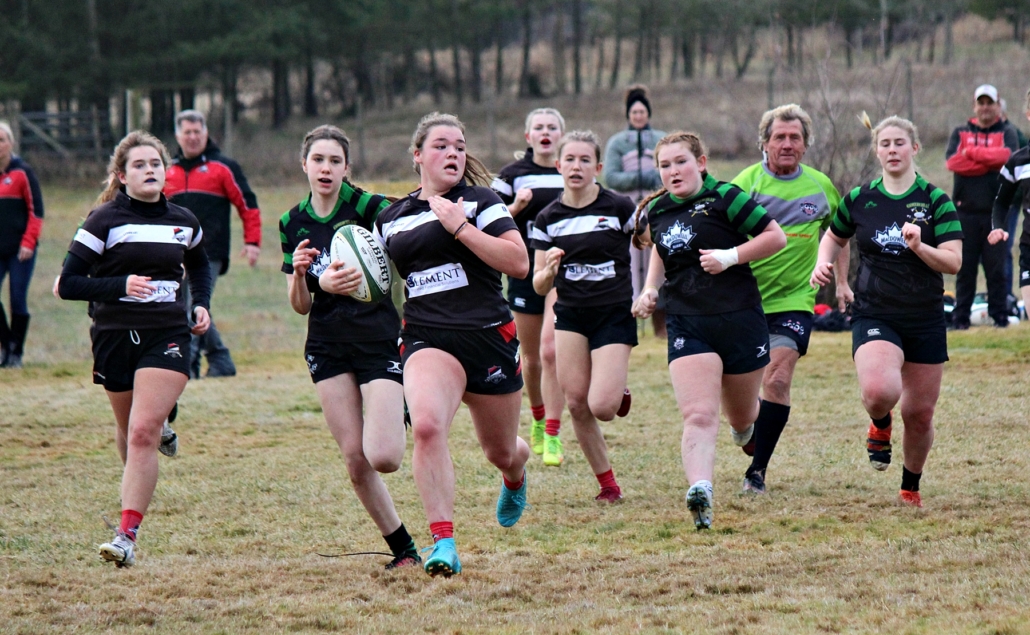 It was a chilly day on the fields as Abbotsford RFC and Cowichan RFC’s U18 Girls teams arrived at Cowichan’s pitch for the much-anticipated crossover Final.

Cowichan put up a strong battle in their defense and mastered countless big tackles to fight back against Abbotsford, who had shown great skill on their attacks all season and did not slow down for the Final. With some big carries from #8 Alexis Dobson and #3 Annika Hall, Abbotsford were able to make some impressive runs and create the space for their back three to show their speed on the outside. Their #9 Lanae Davenport also made several exciting runs when the Cowichan defense ran out of numbers around the rucks late in the game. Cowichan’s #12 Maggie Mycroft made a solid effort to push back, pulling off some massive tackles in open field, while #9 Deja Peary did a great job of finding space on the field to help set up their best try of the day, finishing with a long run by #10 Bella Anderton-Teasdale.

In the end, it was Abbotsford that utilized strategy and endurance to pull off a great victory and claim the gold.