Age-Grade Provincial Champions were crowned in BC Rugby’s U16 Boys and Girls Divisions on Sunday following a thrilling day of action at Windsor Park.

Originally due to take place at Cowichan Rugby Club in Duncan, the 2022 BC Rugby Age-Grade Club Crossover Finals event – where Island champions face their respective Mainland champions for provincial honours – was cancelled due to inclement weather across BC.

Amid significantly improved conditions and glorious sunshine in Victoria, Castaway Wanderers graciously hosted the U16 Girls and Boys Finals and the U14 Island Boys Regional Final in front of a partisan home crowd.

Langley RFC was crowned 2022 U16 Girls Champions following a thrilling 32-22 victory over Castaway Wanderers, while Bayside RFC won gold in the U16 Boys Division thanks to a 38-21 win against Castaway.

There was early cheer for the vocal home crowd, though, as Castaway Wanderers kicked off the afternoon with victory in the U14 Boys Island Regional Final thanks to a 60-25 triumph over a spirited Comox Valley Rapids Rugby team.

Canada’s Rugby World Cup captain Sophie de Goede was on hand to present medals to all Sunday’s winners and runners-up, in what proved to be a bumper afternoon of Rugby.

The U18 Girls Final (Cowichan RFC vs. Abbotsford) will take place at Cowichan Rugby Club on December 11, while the U18 Boys Final (Salish Sea Warriors vs. UBCOB Ravens) will be rescheduled for a later date.

Below is a round up of all three championships matches that took place in Victoria: 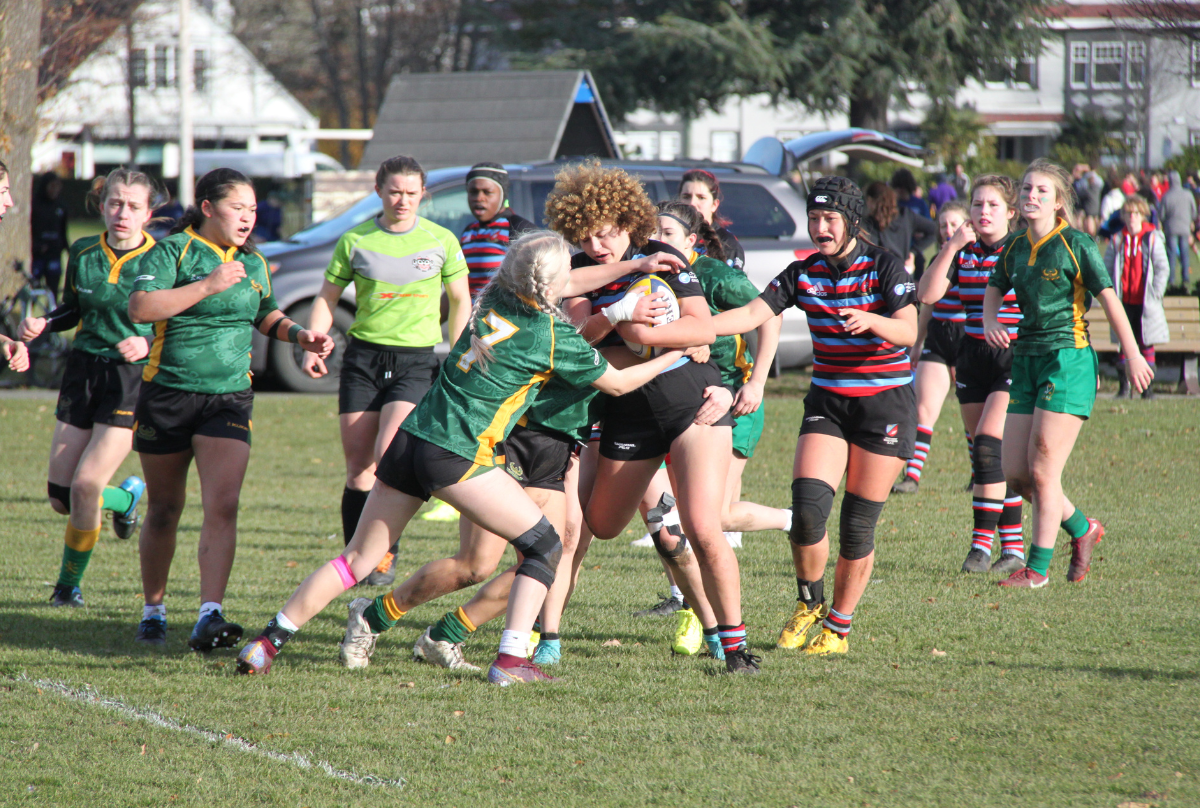 Castaway capitalised on two penalties to score with a powerful run through the middle, before converting the try and further extend the lead. However, the advantage was short-lived as Langley scored a quickfire double either side of the half-time whistle to shift momentum. The first try came after an exceptional fake pass opened up a gap through the middle, while the second was equally as impressive thanks to a smart turnover of possession.

With both sides playing some free-flowing attacking Rugby, it took several moments of second-half quality from Langley to find the edge over their opponents and secure the championship to crown an impressive season. 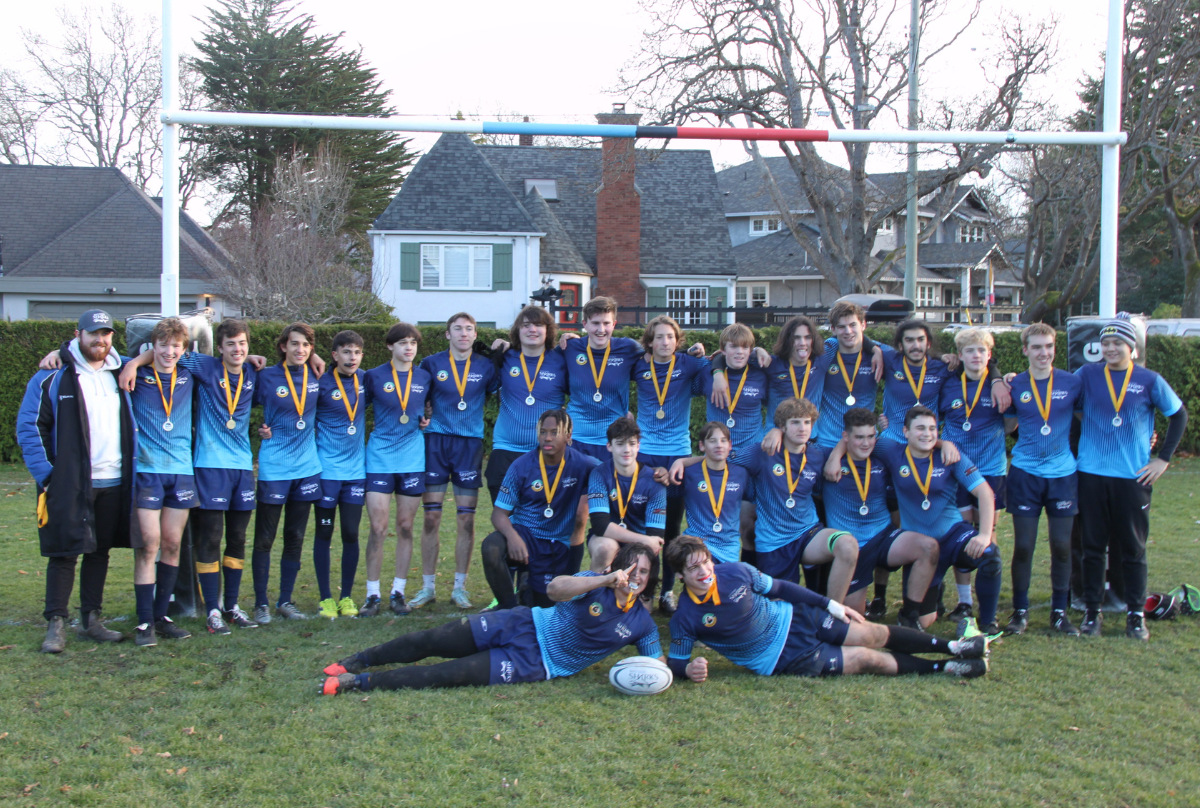 Bayside kicked off on the front foot and scored the first try of the Final within the opening minutes, before Castaway responded with a score of their own on the back of some quick movement from the right side.

However, the South Surrey side began to turn the screw and moved ahead after patient build-up play through the middle of the field. Two further Bayside tries, coupled with some impressive kicking, provided daylight in the scores, before the visitors took impetus from two penalties to cross over for a fifth score before half-time.

A moment of honesty from the Bayside coaches in the second half displayed the true values of Rugby. Castaway appeared to have scored a hard-worked try underneath the posts, but Bayside stole the ball and raced clear from their own goal-line to score at the opposite end of the pitch. However, calls from the Bayside sidelines indicated their opponents had legally touched down, so a try to Castaway was eventually awarded by Officials. 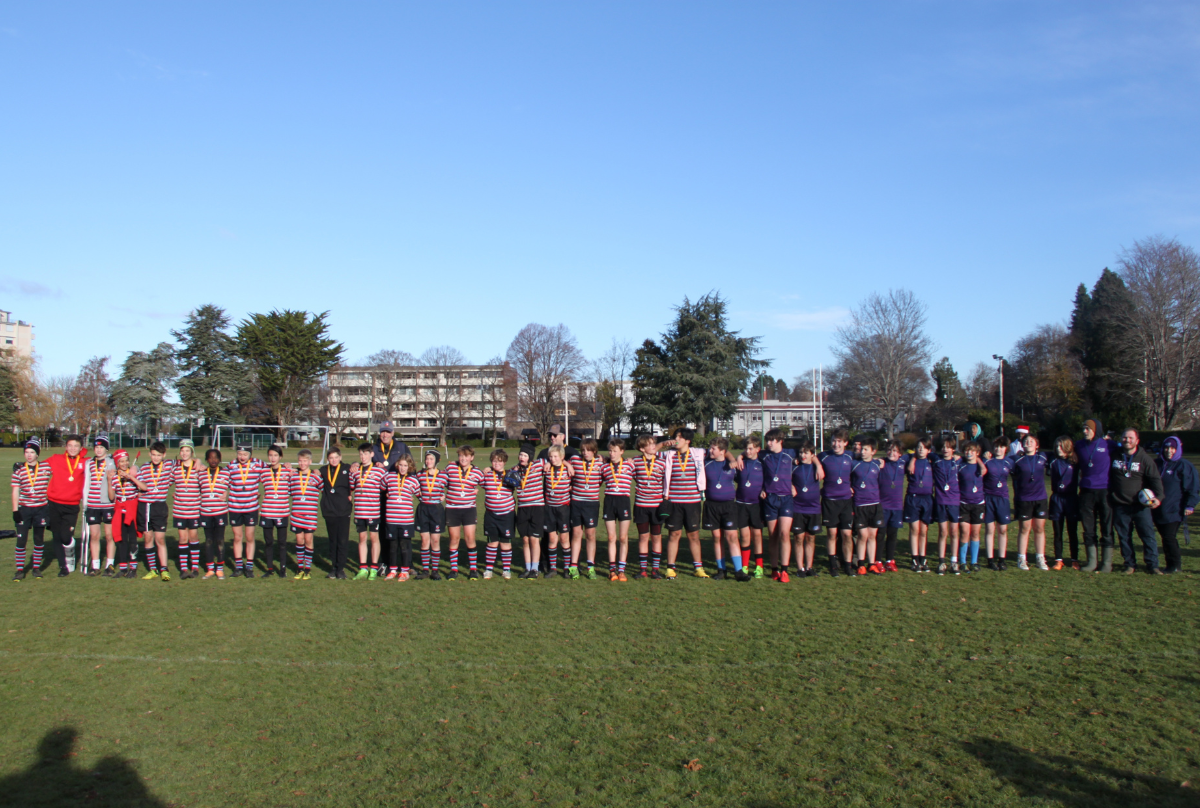 The home side dominated the first half and scored four early unanswered tries to put the Rapids on the back foot. However, Comox Valley started to get a foothold in the game and their confidence grew both in attack and defence as time wore on.

With big performances in attack and defence from both sides, Castaway edged further clear before Rapids left their mark with three well-worked tries late in the second half. A final flourish from Castaway added extra gloss to the scoreline, but both teams can be proud of their efforts in what was an entertaining regional final. 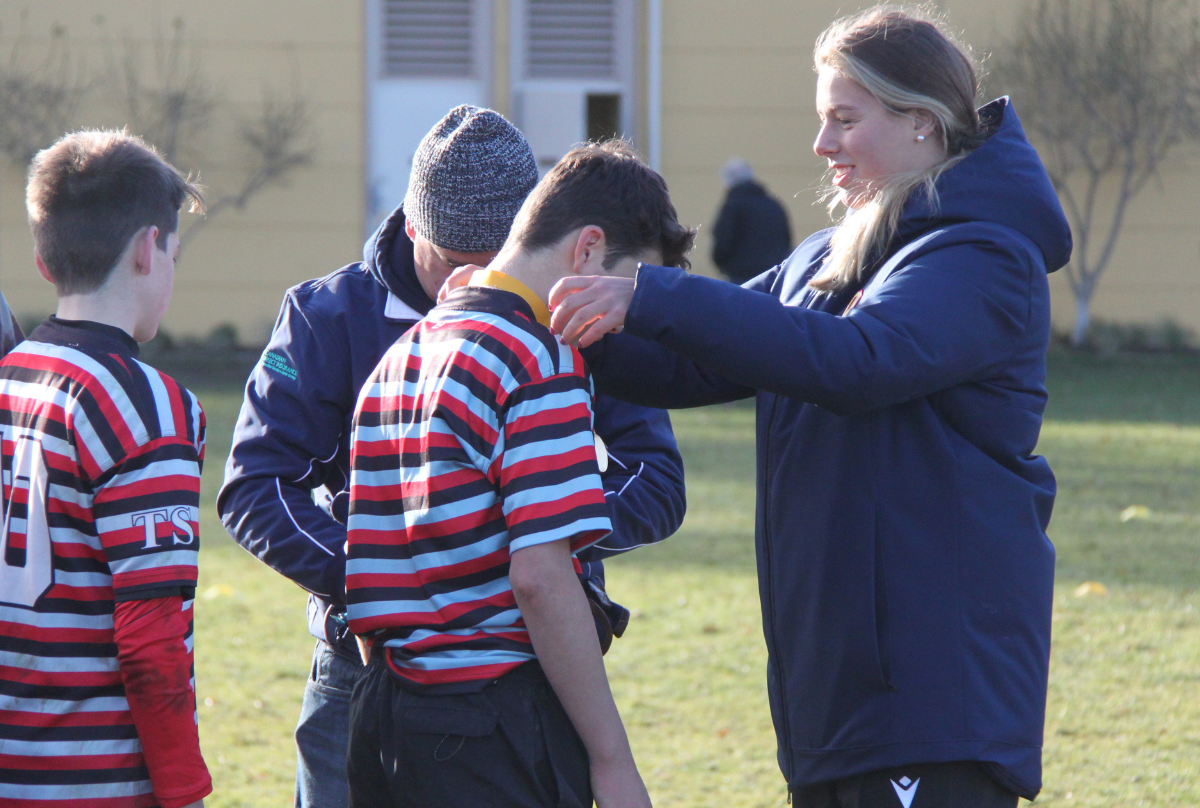 BC Rugby wishes to thank all Clubs, players, Coaches, Officials, and volunteers for all their hard work throughout a competitive Fall Age-Grade season, and their collective patience in working with us to reschedule all championship matches this season.

A huge thank you to Castaway Wanderers for hosting these three Finals at short notice and providing a warm welcome to all teams, Coaches, Officials, and supporters.

Thank you to our Officials for their hard work and commitment in ensuring all matches ran smoothly.

We also wish to thank Sophie de Goede and BC Rugby Director Matt Gordon for giving their time to present medals to all of Sunday’s athletes and Coaches.