The BC Bears U19 Men’s Team remained unbeaten over four matches to claim the 2022 Men’s U19 Canadian Rugby Championship in Guelph, Ontario.

The Bears enjoyed a perfect 4-0 week at the tournament, which was hosted for the first time since 2019, and racked up impressive victories over Alberta, Atlantic Rock, Ontario Blues and Quebec to clinch the title.

Triumph in Ontario wrapped up a stellar summer for the BC Bears, with U16 and U18 Boys and Girls teams topping all standings at the 2022 Western Championships in Kelowna.

With three victories already in the bag, a much-changed BC Bears side faced Quebec in their final fixture of this year’s tournament.

Quebec opened the scoring with a converted try in the eighth minute, before Adam Lewis replied two minutes later with a score for BC. Quebec moved into a 10-5 lead thanks to a successful penalty, before Taine Clague’s try was converted by Owen Cormack to edge BC ahead 12-10 at the break.

The Bears took control in the second half as two tries from Marcus Lott and a third from Craig Mitchell-Herman saw the BC team claim an impressive 27-10 win to close out the tournament.

Thursday’s championship decider between the BC Bears and Ontario Blues was a well-played, tight-knit affair at the University of Guelph.

Three penalties separated the sides in the opening 30 minutes, with Owain Cormack successfully converting twice for a 6-3 Bears lead.

However, BC secured a 10-point advantage heading into the break after Alastair Marshall capitalized off a quick scrum to score the opening try. Cormack converted the extras to make it 13-3 at half-time.

BC came under pressure after Liam Poulton was shown a yellow card in the 49th minute. The Blues took full advantage, moving back within three points with a converted try to make it 13-10.

Taine Clague continued his impressive tournament form with a try for the Bears in the 70th minute, before two late Cormack penalties – both over 45 metres – sealed an important victory for the BC Bears.

Following victory over the Alberta Wolfpack, the BC Bears put in another impressive performance to beat the 2019 champions Atlantic Rock 39-15 on Monday and move 2-0 in the championship.

Taine Clague’s try and Owain Cormack’s conversion and penalty kick moved the Bears into an early 10-5 lead. Further tries from Samson Brown and Liam Poulton, combined with another Cormack conversion, put the Bears in a commanding position before the Rock responded with a try shortly before half-time.

The Bears dominated the second half, and successfully converted tries from James Thiel and Cormack ensured there was no way back for the Rock.

The BC Bears started their 2022 U19 Men’s Canadian Rugby Championship campaign strongly with a convincing 29-3 win over their Alberta rivals, the Wolfpack on Sunday. In sunny but windy conditions, Owain Cormack kicked off proceedings with a successful penalty to put the Bears ahead inside the opening minutes. Both defences were then put to the test in the opening 20 minutes, with BC coming under increasing pressure following Sam Brown’s yellow card.

The Bears held firm and, following a smart lineout steal, moved further ahead thanks to Taine Clague’s try. Cormack converted before Alberta hit back with a successful penalty for their first points on the scoreboard. Clague and Cormack combined again soon after as BC extended its lead with another converted try following a blocked kick on the Alberta goal line.

Despite their score advantage, the Bears were consistently penalised with Brendan Kim also seeing yellow for a high tackle. However, the Bears team remained composed and added further gloss to the scoreline with Alastair Bruce touching down and Jacob Merkur adding the extras late on to secure a solid opening victory. 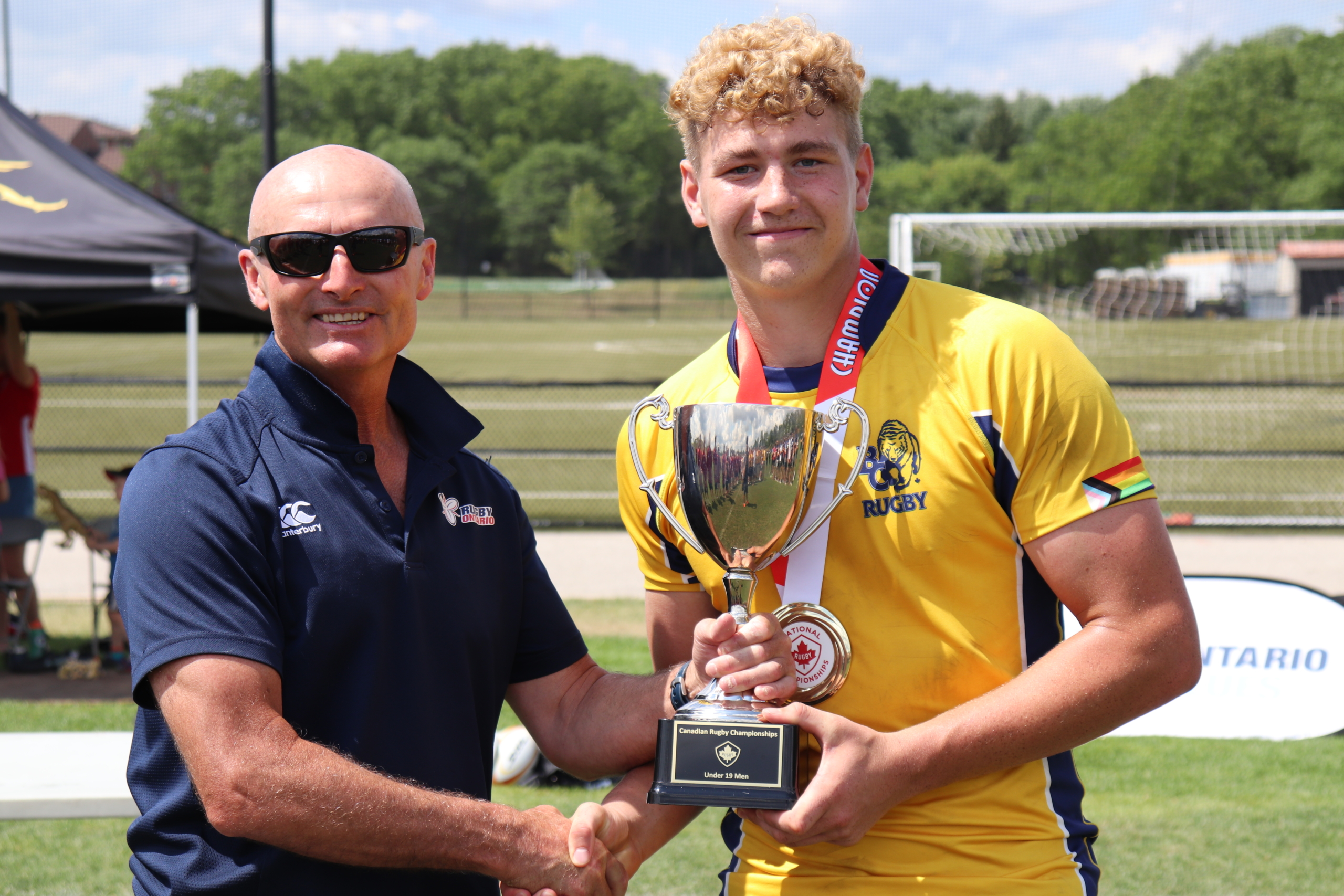 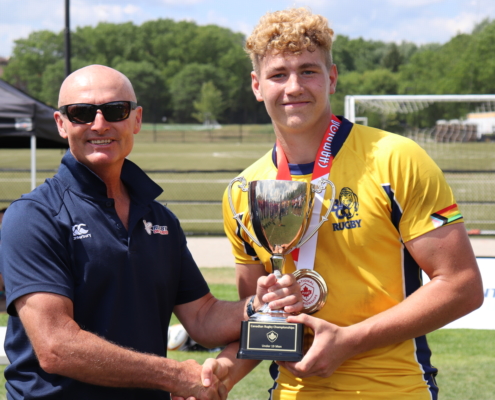 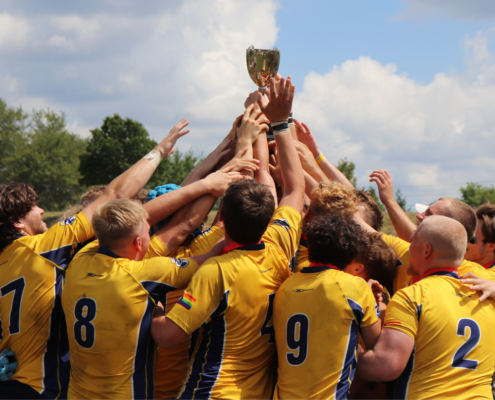 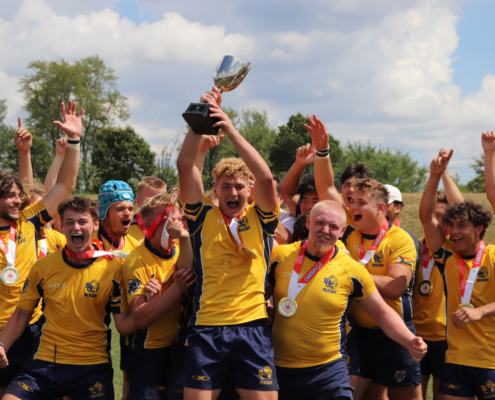 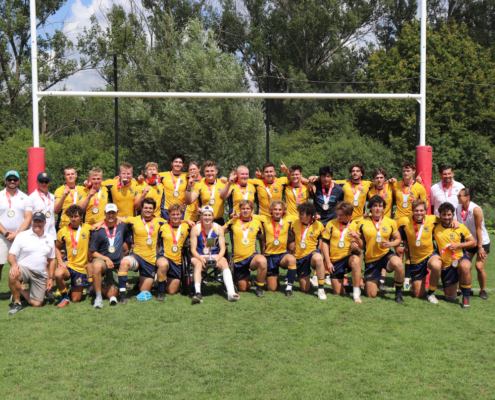 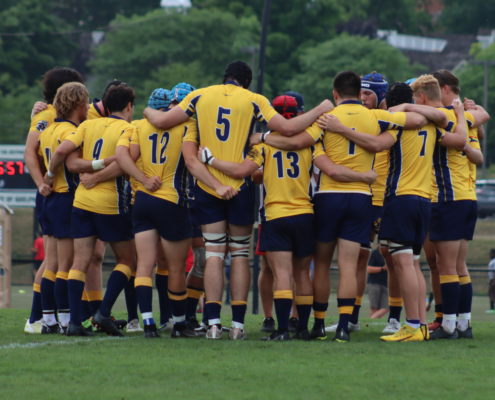 BC Bears U19 Men’s Gallery Now Live!
Scroll to top