With the 2022 Bingham Cup only one week away, the Vancouver Rogues were put through the paces by Coach Brian Moylett in their final training sessions.

The Rogues will travel to Ottawa in the coming days ready for competition at the biennial world championships of gay and inclusive Rugby.

BC Rugby is proud to support the Rogues on their journey to the Bingham Cup, and continues to help with logistics, field bookings, coaching sessions and donations. 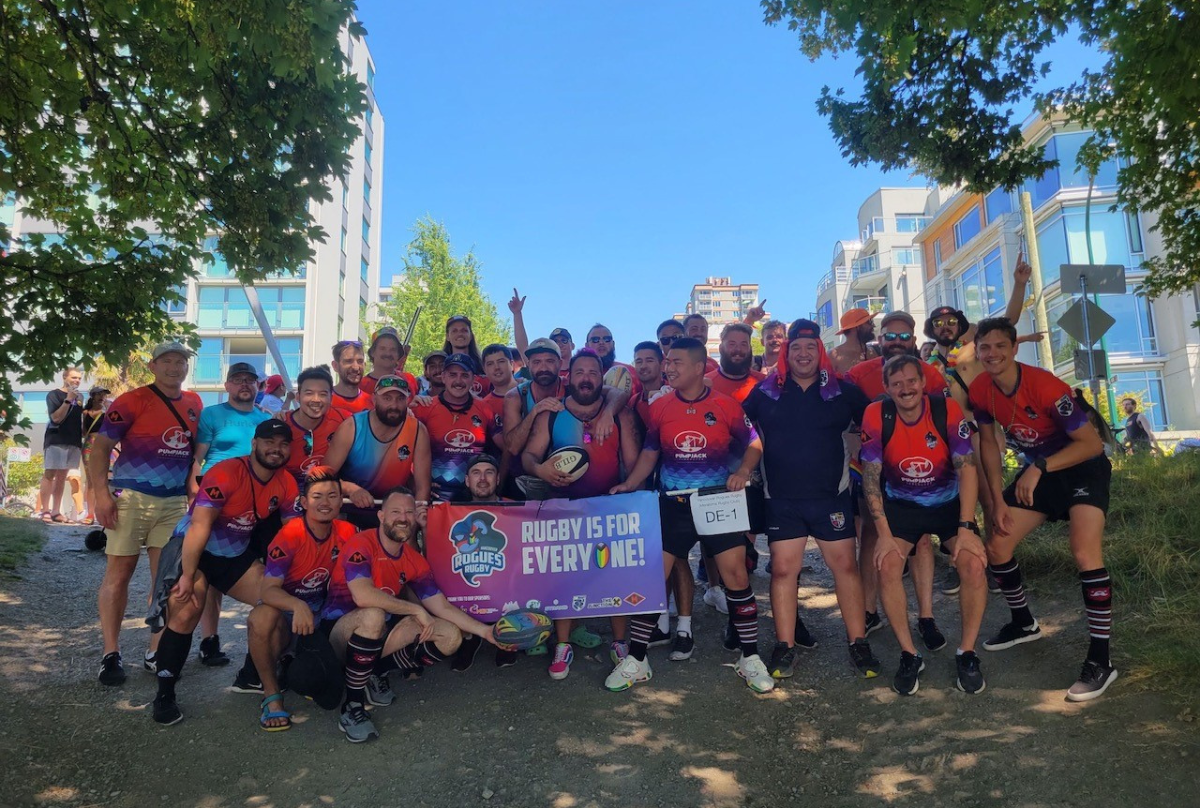 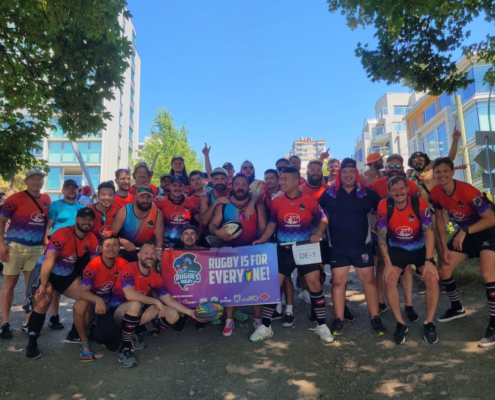 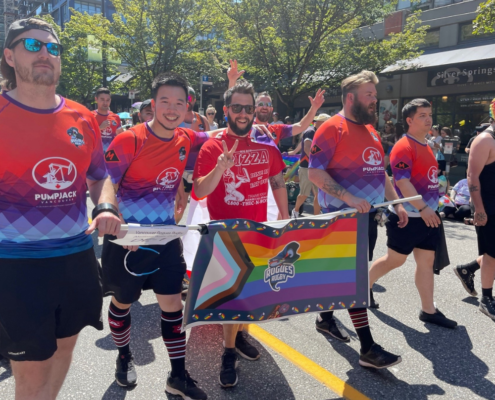 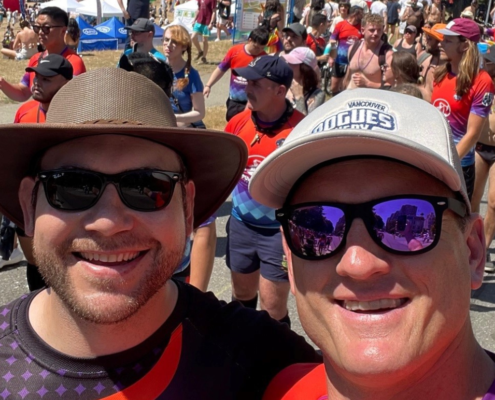 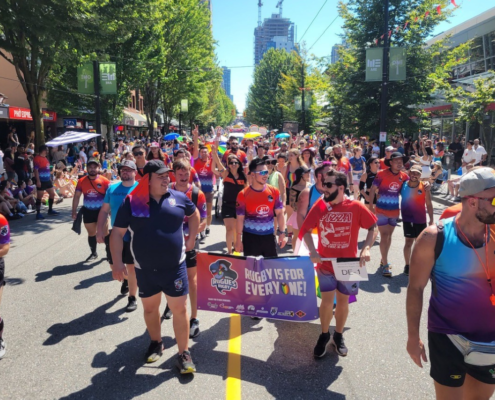 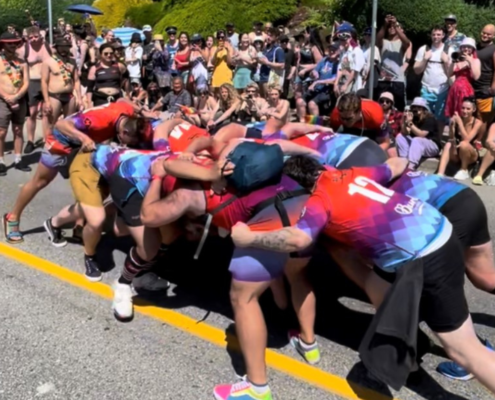 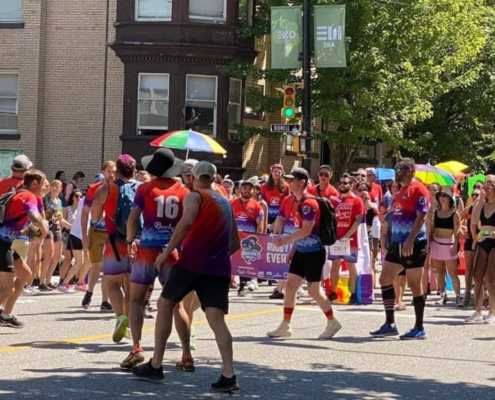 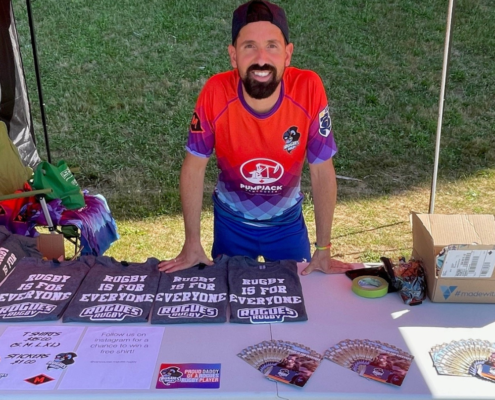 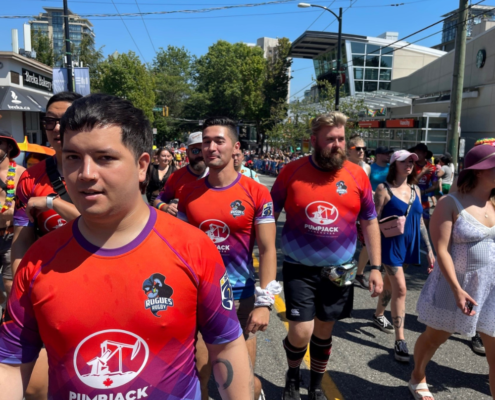 The Rogues and extended family featured in the Vancouver Pride Parade last weekend. Over 75 Rogues, including partners and players from other Clubs, were involved in the festivities that saw over 500,000 people descend on downtown Vancouver.

The Club unveiled its new jerseys in the Vancouver heat, and had a tent set up at English Bay with Rogues merchandise and details on getting involved ahead of the upcoming 2022/23 Season.

Rogues Members marched the 3 kilometres from Robson Street and Thurlow down to the finish at Sunset Beach Park.

The team was doing scrums, passing drills and lineout lifts along the route. The crowd cheered with delight at every lineout and the parade hosts even got involved with drag superstar Kendall Gender getting lifted for a throw-in.

She caught the ball and nailed the landing…in heels!

Rogues Wrap Up Training at UBC

The Rogues enjoyed their final training session at UBC ahead of their departure to the Bingham Cup.

Coach Brian Moylett led a variety of drills for both forwards and backs, while the squad worked hard on defensive duties ahead of the tournament.

There was plenty of lineout practice and small-sided games, as the players focused on free-flowing Rugby and improving at the breakdown.

TRY RUGBY WITH THE VANCOUVER ROGUES

The Rogues will host a Try Rugby Day on Sunday, August 28th at Connaught Park in Vancouver from 3:00pm-5:00pm.

The team will be hosting at the Meraloma Clubhouse afterwards, with a BBQ and refreshments available!

Canada Summer Games: How To Watch Team BC