BC Rugby is delighted to confirm the exciting 10-strong team of athletes heading to compete at the Canada Summer Games in Niagara, Ontario, this summer.

For the first time ever, Women’s Rugby Sevens will be part of the Canada Summer Games program as ten provincial teams, each made up of ten U18s players, will converge at Brock University’s Alumni Field from Monday, August 8 to Wednesday, August 10.

Round-robin pool play will make up the first two days of action as the teams battle it out for a place in the quarter-finals on Wednesday, with the semi-finals, final and consolation knockout rounds due to take place later that day.

The Canada Summer Games is a great opportunity for athletes to attend a multi-sport Games and compete against all the Provinces in the country. Congratulations to all athletes and Coaches involved in this process so far. 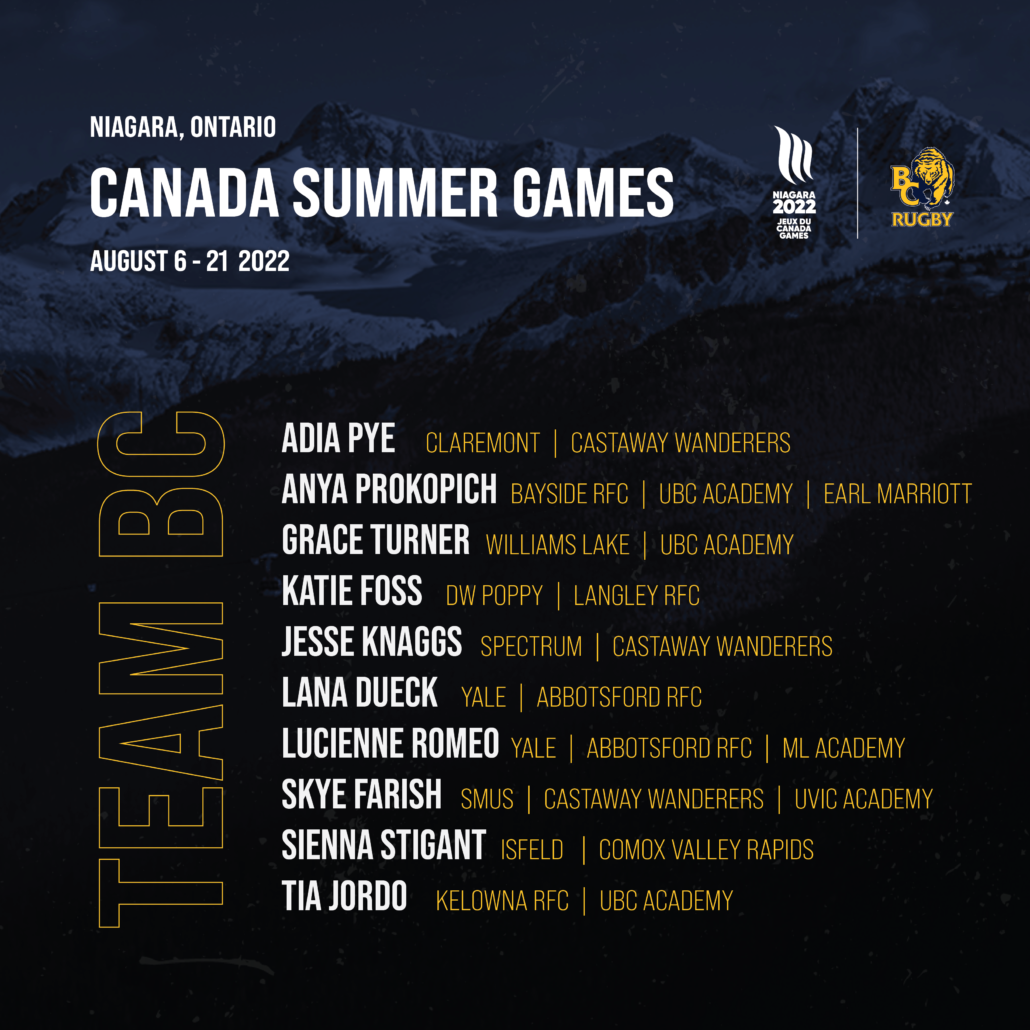 BC Rugby can confirm the Team BC athletes heading to Ontario this summer:

Team BC will be coached by Darcy Patterson and Madison Gold, who are incredibly excited by the opportunity to oversee this group of athletes.

The selection process was very competitive, and the 10 athletes that were selected represent a well-rounded team that has the potential to excite at the tournament. Each athlete has a skillset of their own and will be training hard over two training camps to prepare for the event.

Lucienne Romeo aka “Romeo” has been a standout over the years in this Program and has been building towards this competition since the World School 7s in 2019. She is the only player in this group that has played at the U18 7s Provincial level and will be looked upon to lead the Program with her on-field work ethic and skillset. Romeo has been training with the Maple Leaf Academy but “is excited to play in a real tournament against new faces in a multisport game.”

Click here to see the rosters for each team at the Canada Summer Games.

CANADA SUMMER GAMES – HOW TO WATCH

Additionally, more than 100 hours of live competition and events, including the Opening and Closing Ceremonies, will stream live on CBC Sports and Radio-Canada Sports. 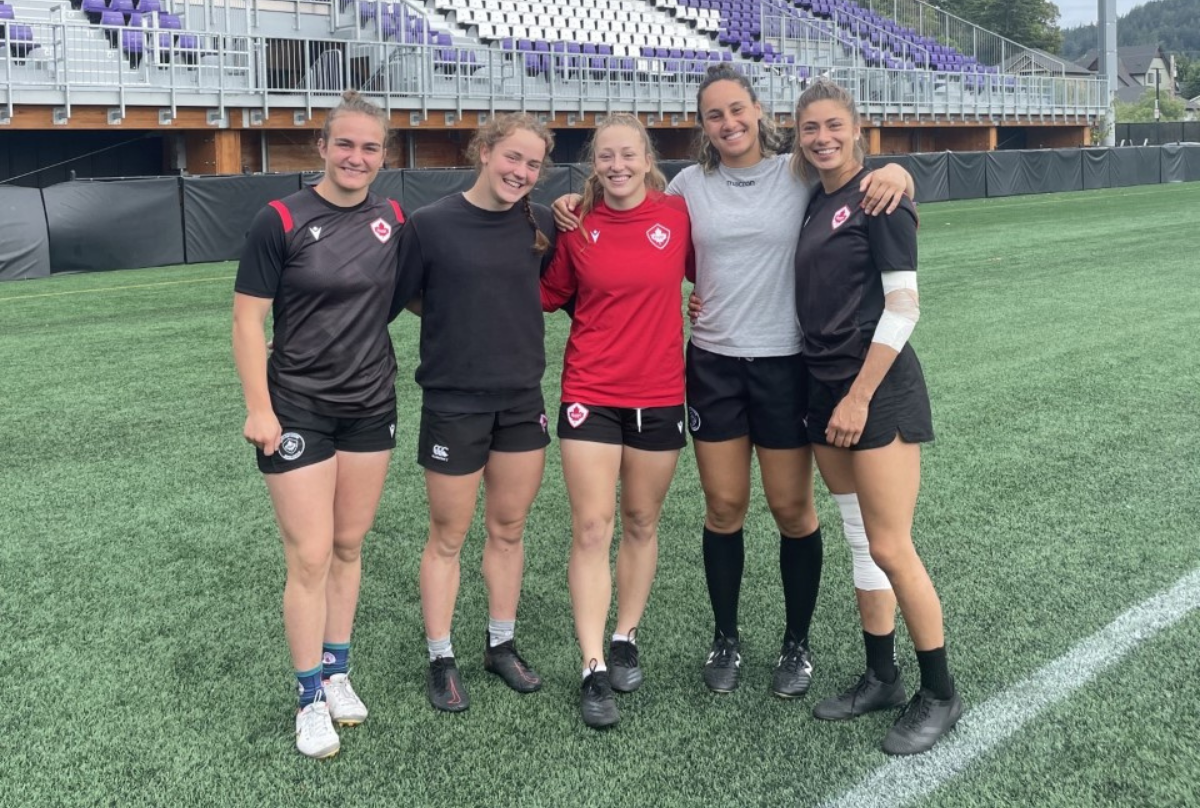 The Girls BC Elite 7s will relaunch with the Elite 7s Series in the Fall starting on September 10th. This series is meant to compliment Club Rugby and will provide competitive opportunities as well as selection and development for players aspiring to represent the program at the World School 7s in Auckland December 10th-19th.

The Program travelled in December 2019 and finished fifth behind four national team Programs. In previous years, the Program has won two National Championships, numerous Vegas 7s Championships and provided an opportunity for hundreds of BC players to compete on both the national and world stages.

The selections for the Elite 7s Series will be done through the 2022 PRCs, BC Summer Games, 2022 Western Championships, and the Canada Summer Games Team with notifications planned to go out out mid-August.

If anyone is interested in learning more, please reach out to Darcy Patterson at dpatterson@rugby.ca