Our BC Bears U18 Elite 7s Boys and Girls Teams have landed in New Zealand and are ready to take on the upcoming 2022 World School Sevens event in Auckland.

After arriving in Auckland last weekend, the BC Bears U18 Elite Boys and Girls sides have been training hard and acclimatising for competition on December 17-18.

Both teams will play two respective Pool matches on Day 1; the U18 Girls team has been drawn into Pool I alongside New Zealand Warriors and New Zealand, while the U18 Boys team will face Samoa and NZ Fijians in Pool C.

Following Pool play, the top 16 Teams will enter playoffs on Saturday afternoon. Day 2 sees all finals and consolation matches. Dates, times, and streaming details are below. 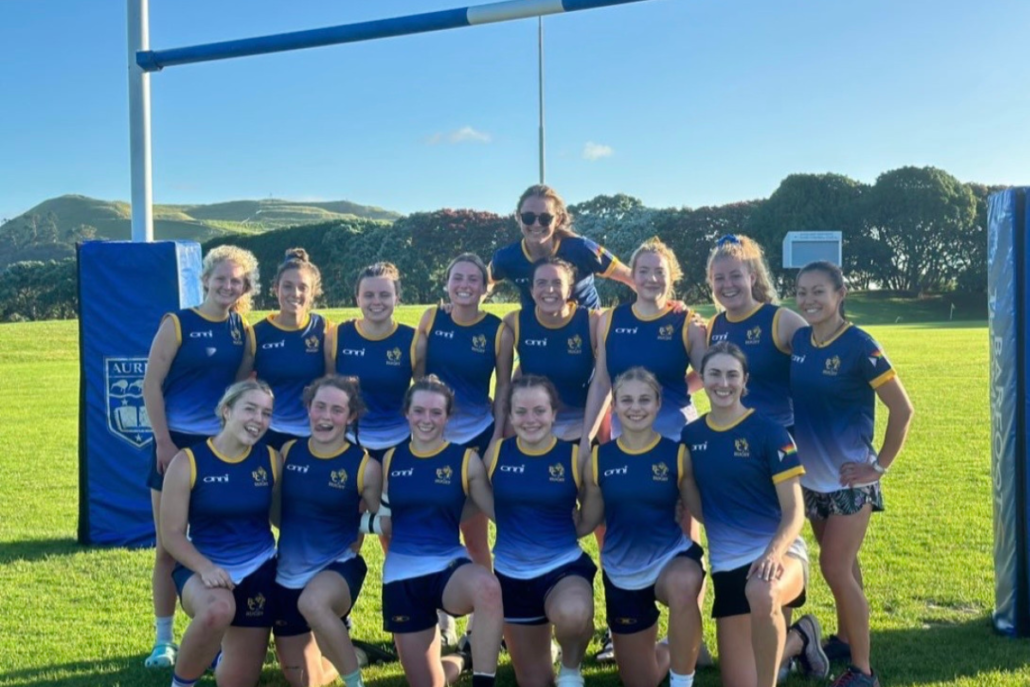 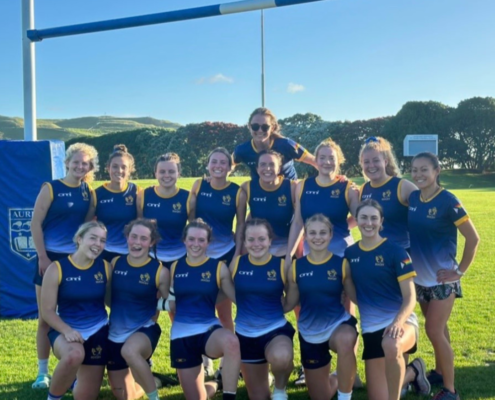 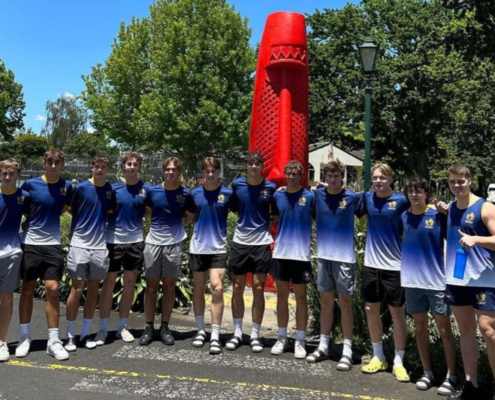 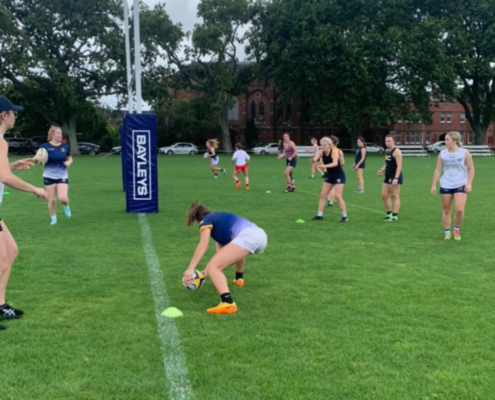 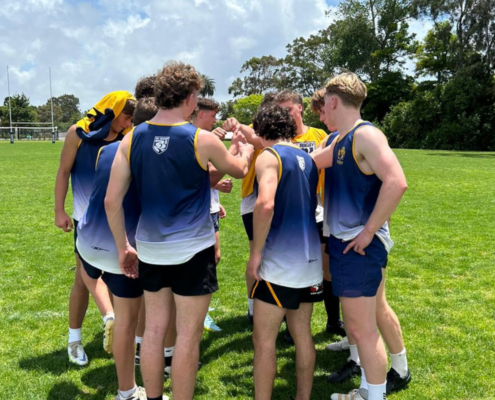 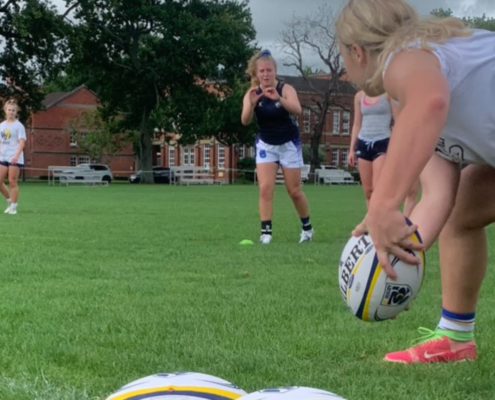 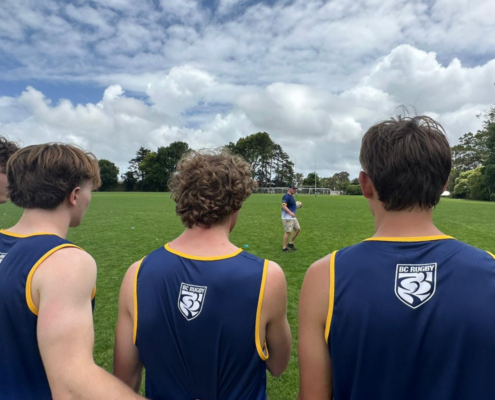 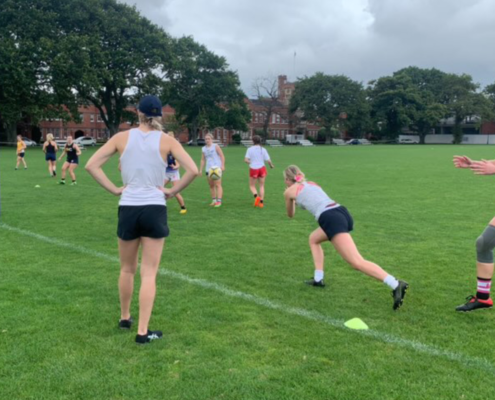 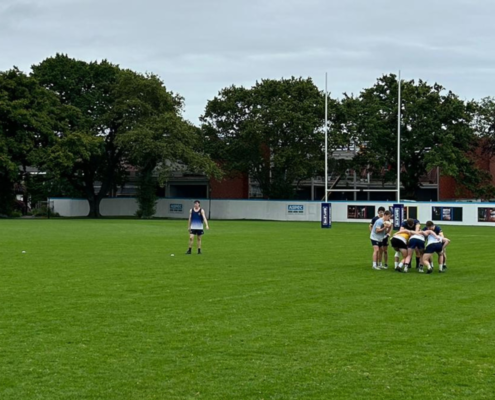 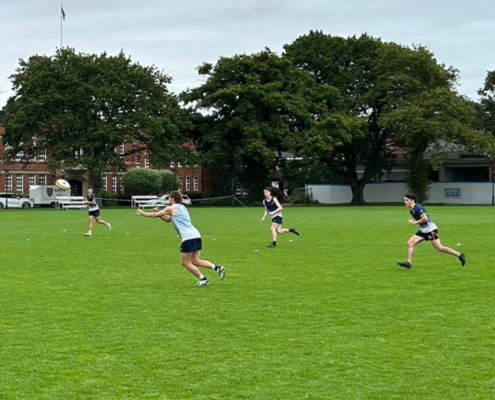 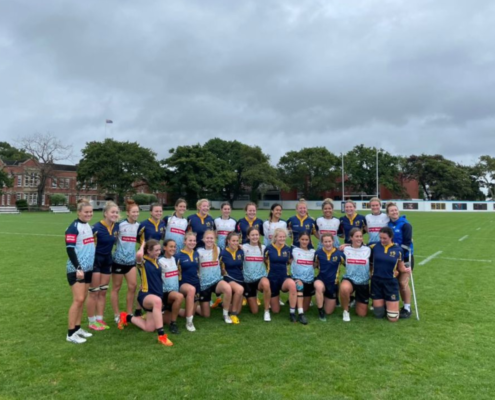 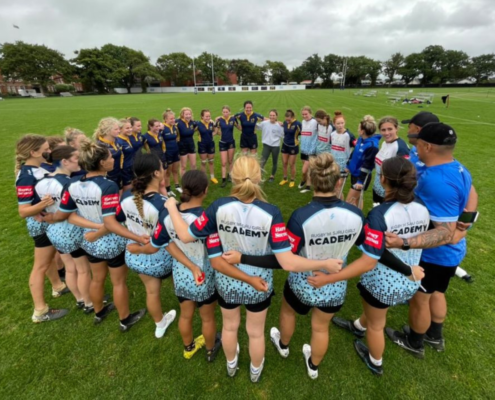 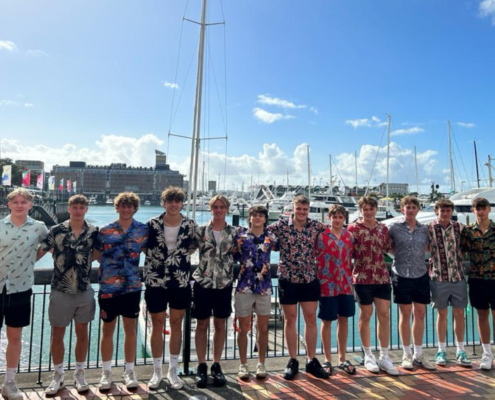 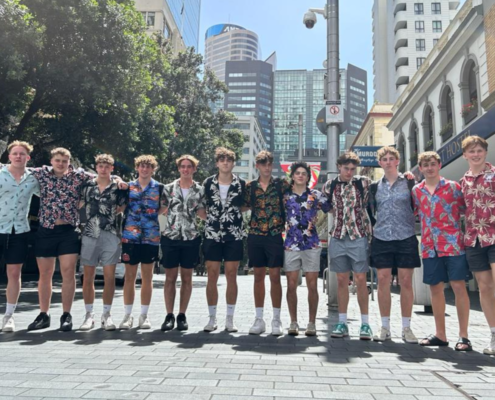 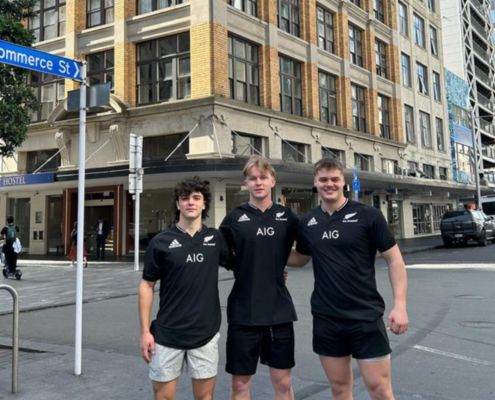 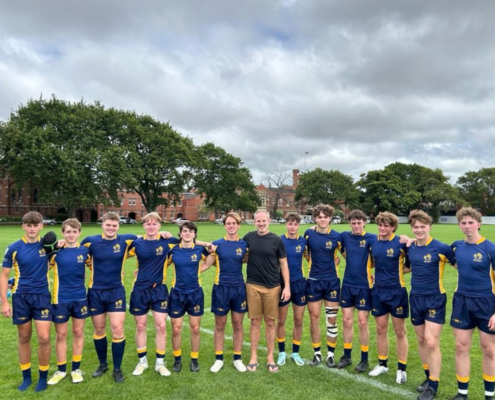 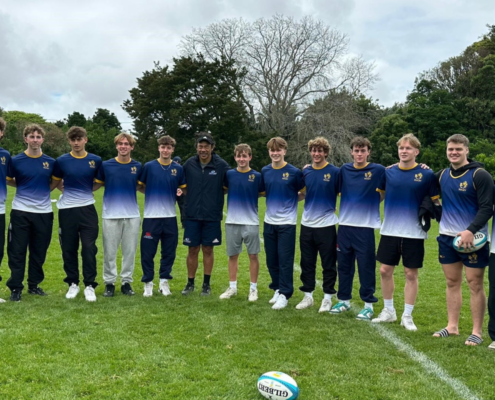 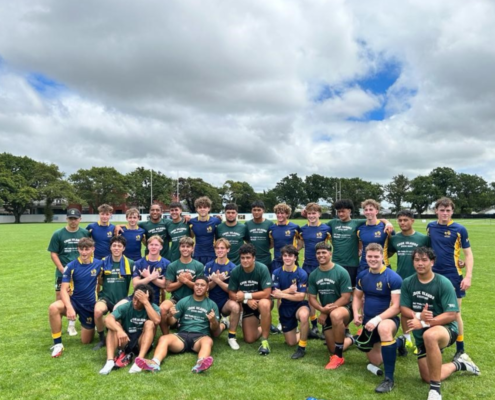 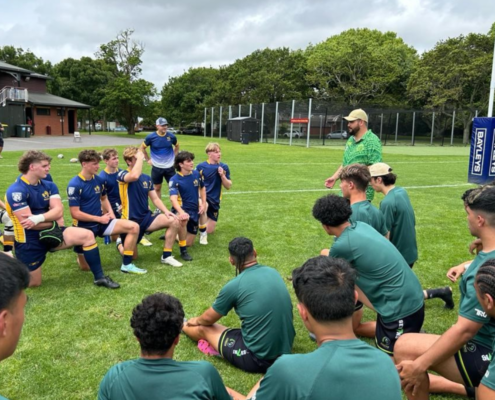 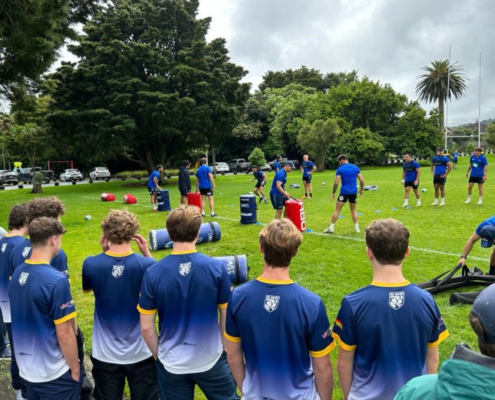 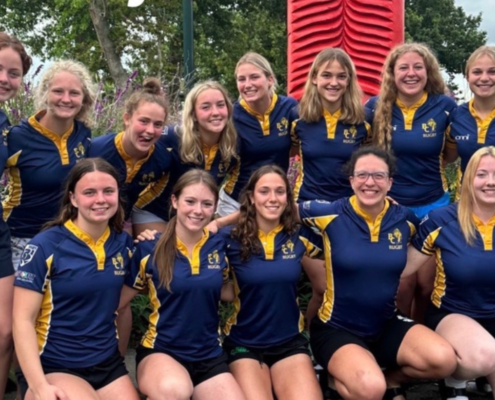 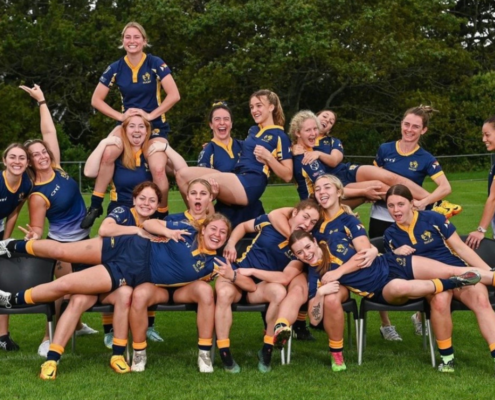 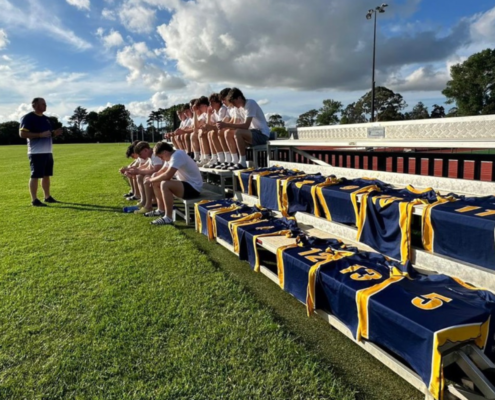 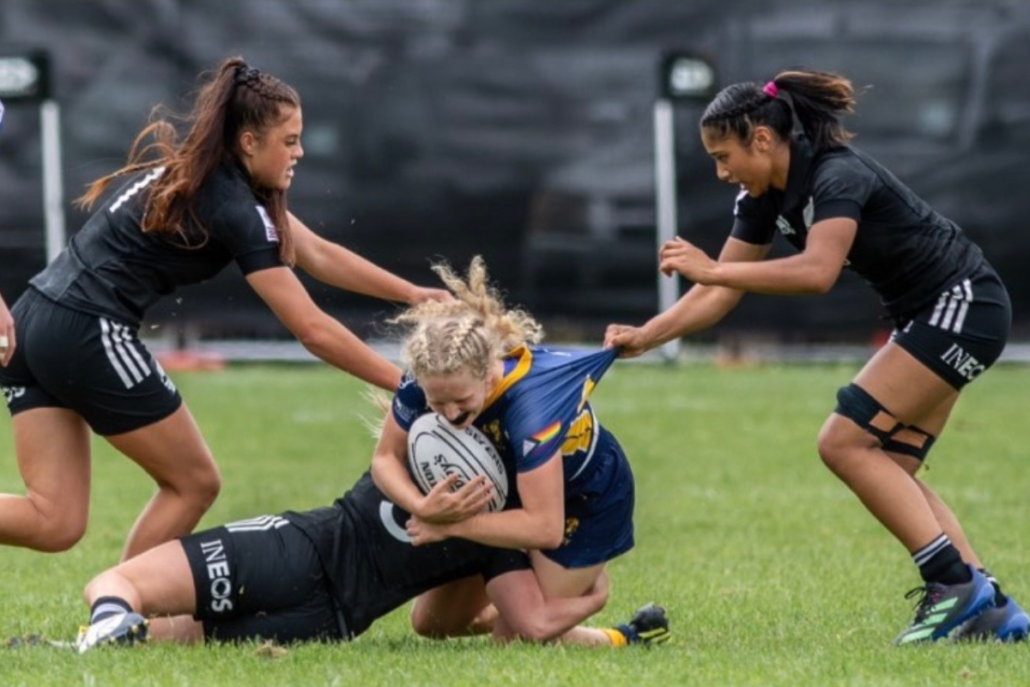 BC Bears U18 Elite Girls 7s

However, the NZ Fijians proved too handy for the Bears as an attacking display of speed thwarted their chances. For the Bears, though, it proved to be a positive learning experience.

“We were patient on the ball and moved it pretty well. We made some big hits. We’ve made some good progress over the week and I think it’s beginning to show in our game,” said Matt Bennett (Westshore RFC).

BC Bears U18 Elite Girls produced a brilliant display to beat NZ Warriors in their opening match, with two tries from Tia Jordo (Kelowna/UBC) and a third from Adia Pye (Castaway Wanderers).

The Girls produced a scintillating display of Rugby to see off their New Zealand counterparts and kick off their 2022 World School Sevens campaign with a win.

The Bears fell to the New Zealand national team in Game 2 but, with so much respect on the field between the two teams, enjoyed a fantastic learning experience against a top national development side.

The full draw for Days 1 and 2 can be seen here: 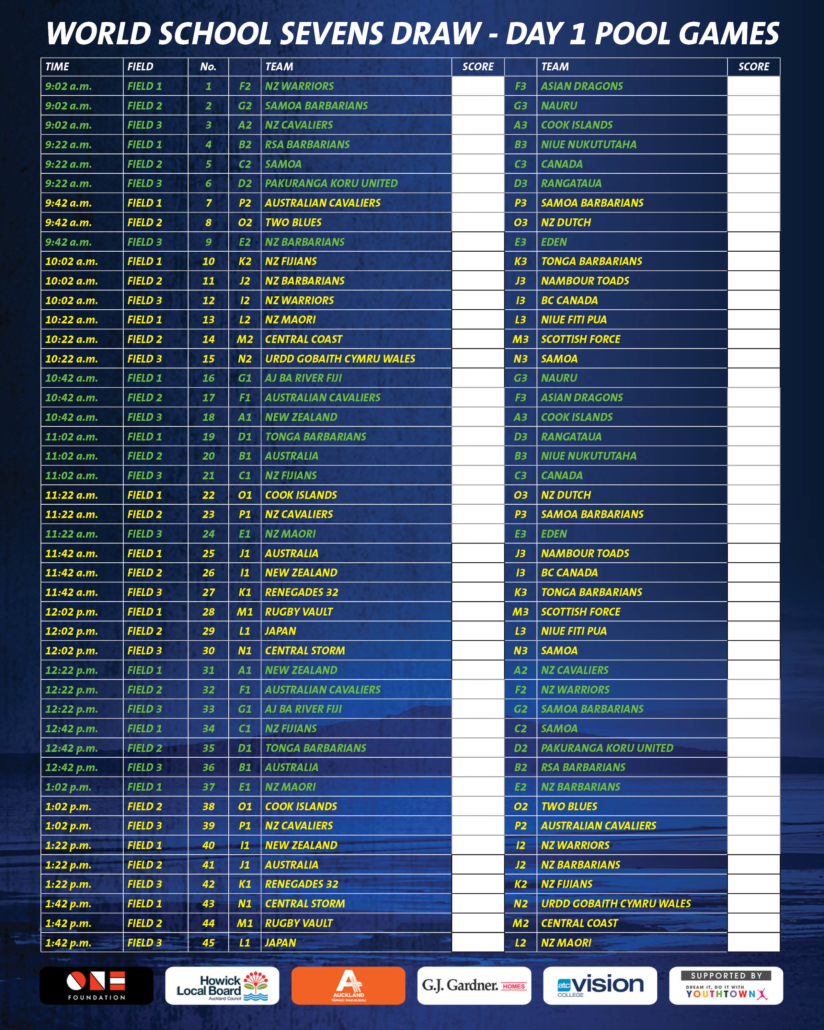 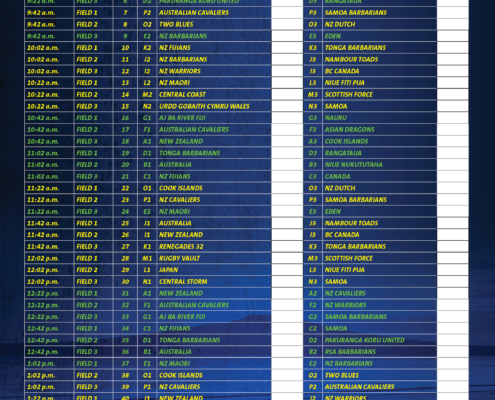 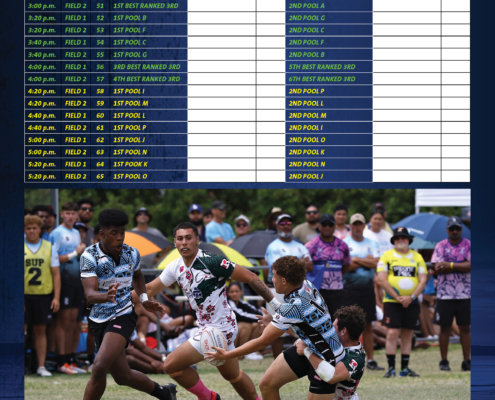 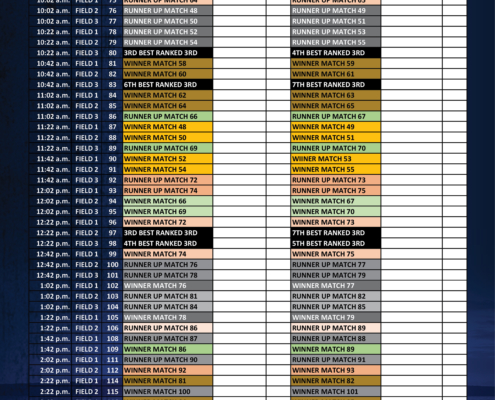 BEARS ON TV IN ACTION-PACKED WEEK!

It has been a busy week of preparation for both BC Bears U18 Elite 7s Teams in New Zealand.

Coaches Adam Roberts and Robin MacDowell have been putting the Boys team through its paces so far, with structured sessions that mimic the team’s playing schedule this weekend.

Victoria duo Matt Bennett (Westshore RFC) and Josh McIndoe (Castaway Wanderers) were both interviewed for local TV, while the Boys have also enjoyed some recovery time exploring the city of Auckland and the nearby magical Hot Water Beach.

According to Coach Roberts, this team is really starting to gel and have fully adopted the “always getting amongst it” attitude.

The Boys enjoyed a special experience as they were invited to watch the Auckland Blues training on Thursday morning. The team witnessed some of the world’s best Rugby players in action, and even managed to get a photo with former All Blacks Captain Tana Umaga.

The team spent Thursday afternoon scrimmaging with the Cook Islands, where they learned a lot, and had a visit from former Canada international Mike Webb, who is now a doctor in Auckland. Mike grew up in North Vancouver and played for BC at youth level, just like these boys.

The BC Bears Elite Girls 7s Team has been hard at work and are getting plenty of training in ahead of the weekend.

Coaches Darcy Patterson and Kaili Lukan have been running excellent drills as the Girls continue to get used to their surroundings.

With intensity growing each day, the Girls have also been relaxing in their downtime as Day 1 of competition approaches.

The Girls had a practice scrimmage with Australia earlier this week – a fantastic experience of all involved!