With the 2022 Bingham Cup fast approaching, the Vancouver Rogues are stepping up preparations for Ottawa.

This week, Club President Brennan Bastyovanszky gives an update on training, as well as how the Rogues will represent in the 2022 Vancouver Pride Festival.

BC Rugby is proud to support the Rogues on their journey to the Bingham Cup, and continues to help with logistics, field bookings, coaching sessions and donations. 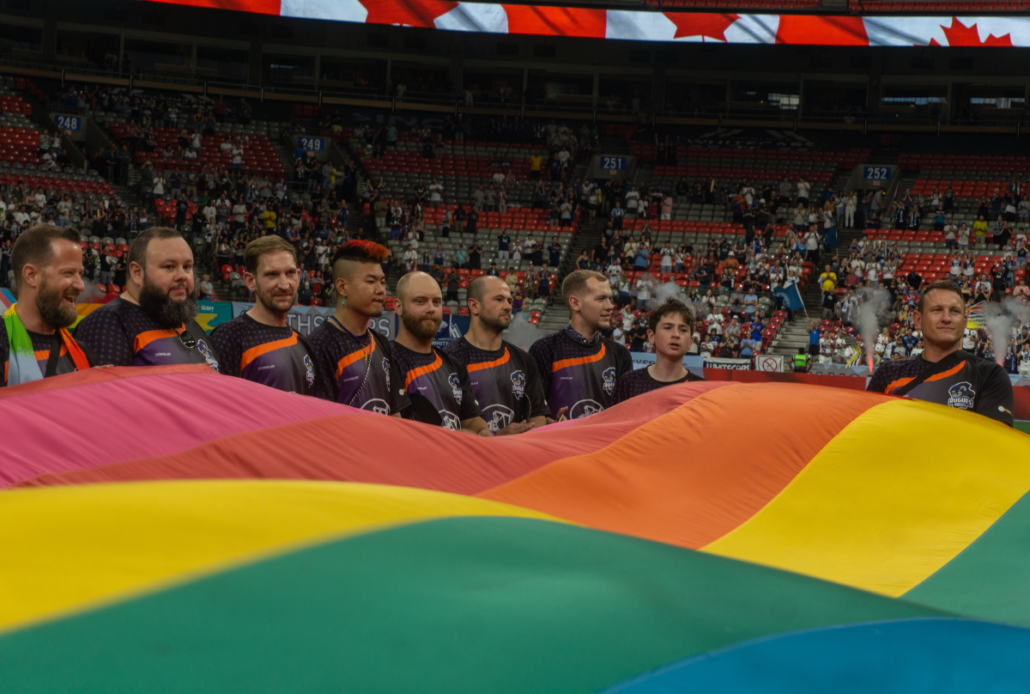 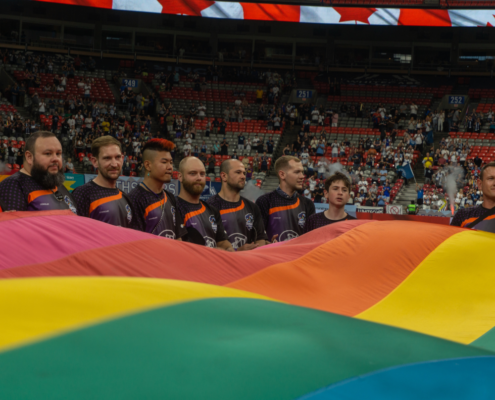 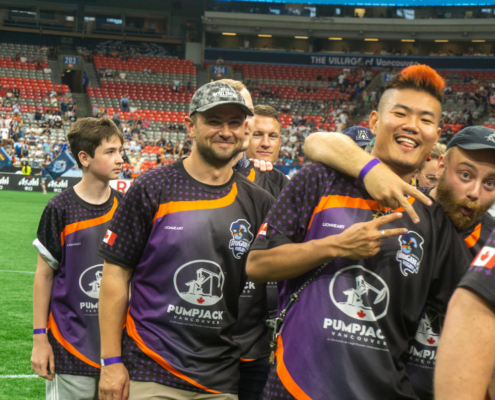 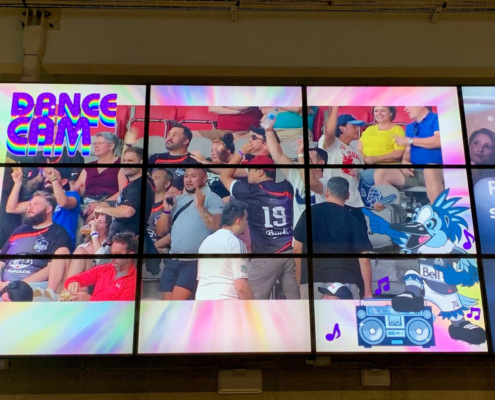 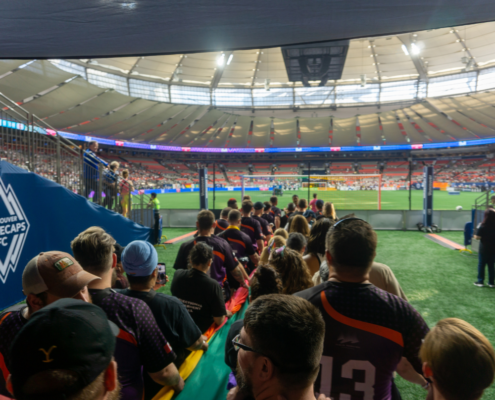 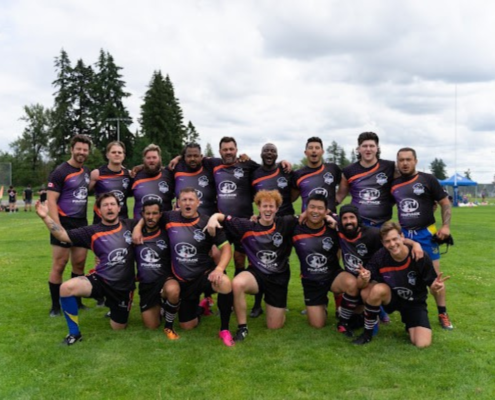 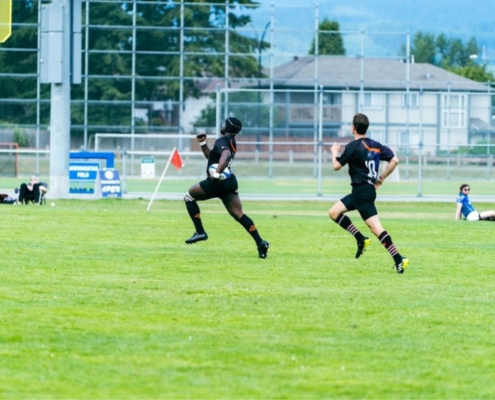 The Bingham Cup kicks off its opening ceremony in under three weeks. The team is full of excitement, and we are now in the final run up with training, fundraising and preparation for the international tournament which starts on August 14th.

Rogues represented at the Highland Sevens tournament in Maple Ridge recently. We wanted to get some practice in open field attack and defence, and to test out the exciting running Rugby style the team is developing under the skilled tutelage of Coach Brian Moylett.

Continuing another year of firsts for the Rogues: this is the team’s first Pride week. To help us celebrate the opening of Pride in the city, the Vancouver Whitecaps hosted the Rogues.

We unveiled the giant pride flag in the centre of BC Place for the opening celebrations and national anthems, in front of nearly 15,000 attendees. It meant so much to the team, and was a shining example of how the people of Vancouver support the rainbow community. And, of course, we got on the Dance Cam having a party!

This Sunday, July 31st, you can cheer for the Rogues in the Vancouver Pride parade and come say hello at our booth in English Bay afterwards.

Thanks again to BC Rugby for their help in preparing the Rogues for the competition.

The next two weeks, the Rogues are training at UBC, working on team runs and linking up our attacking style with game play.

Thank you for your continued support – we can’t wait to represent BC in Ottawa!

BC Rugby Announces BC Bears Rosters for 2022 Western Championships