The Vancouver Rogues wrapped up a memorable 2022 Bingham Cup campaign as the squad returned to BC ahead of the new 2022/23 BC Rugby Senior season.

The Rogues entered two teams into the bi-annual world championship of gay and inclusive Rugby: Rogues 1 and Rogues 2 competed in the Bingham Cup and Challenger Cup divisions respectively.

Following a week of grueling practices and match action, both sides can be proud of excellent individual and team performances that helped cement the Rogues as Canada’s top inclusive and gay Rugby team.

Drawn in Pool C of the Bingham Division, Rogues 1 finished third in the pool standings with one victory over the Washington Renegades and defeats to London’s Kings Cross Steelers and the Brisbane Hustlers. Rogues 1 fell 31-7 to the New York Gotham Knights to finish 8th overall in the Bingham Division.

Rogues 2, meanwhile, chalked up two impressive wins against the Boston Ironsides and the Aberdeen-Glasgow Scottish Warriors to finish second in Pool C of the Challenger Cup Division. The Rogues saw off the Ironsides 28-5 and enjoyed a 31-0 shutout win against the Warriors. After qualifying for the Challenger Cup Plate, the Rogues beat Carolina Trash Cats 35-15 to advance to the semi-finals, where they lost out 30-3 to the Ottawa Wolves. However, the Vancouver side finished on a high and beat the New York Gotham Knights 28-0 to claim third place.

Club President and newly appointed BC Rugby Board Director Brennan Bastyovanszky reflects on what has been an excellent tournament for the Vancouver Rogues.

The 2022 Bingham Cup saw 83 Clubs and 1,500 players from 20 countries worldwide compete in Ottawa. View all results and standings here. 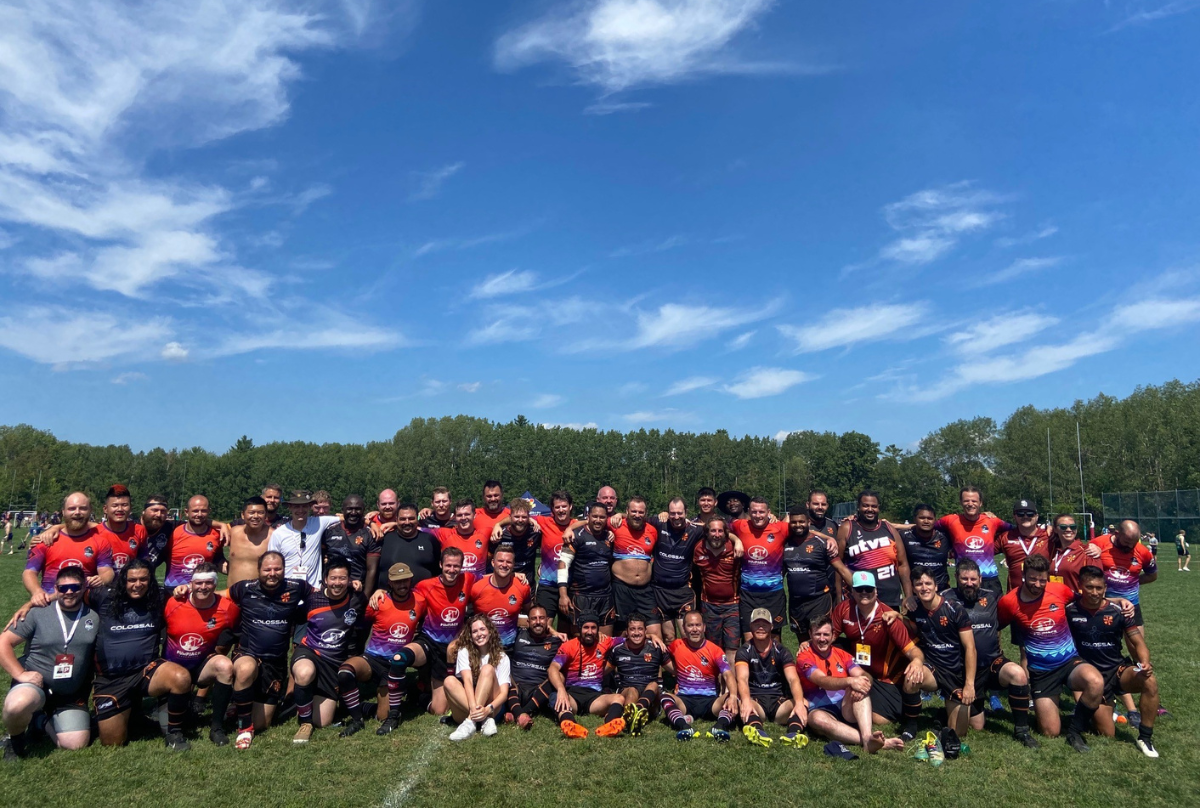 The Rogues are heading back to Vancouver today, sore and bruised, with their heads held high. The closing ceremony at TD Place was an awesome celebration after waiting for four years for the tournament to recommence. The team had a brilliant first tournament, playing against three of the top four teams in the world, which earned them a hard-fought top eight ranking.

The Vancouver Rogues are the first Canadian team to ever play in a Bingham semi-final and the highest ranked team in Canada. Rogues currently rank third in North America behind two juggernauts; New York Gotham Knights and San Diego Armada.

Each team we played congratulated the Rogues on playing an exciting physical style of running Rugby and were very welcoming in having a new competitive side in the mix.

We’ve established closer relationships with our neighbouring IGR clubs on the West Coast and have been invited to a regional tournament in December. For now, the Rogues have a few weeks off to recover before starting the regular BC Rugby Men’s Division 3 out of Connaught Park with the Meraloma Rugby Club.

TRY RUGBY WITH THE VANCOUVER ROGUES

On Sunday August 28th, the Rogues are hosting a “Try Rugby” event at Connaught Park from 3:00-5:00pm as an introduction to Rugby basics and an opportunity to meet the team over a BBQ.

We welcome all levels of experience from the new and curious to returning and experienced players.

The Rogues are recruiting players and coaches for the upcoming September season.

If you are interested, you can connect with the Rogues here.