Two Women’s and Four Men’s BC Players have been named to Canada’s Senior Sevens Squads competing at the first stop of the 2022/23 HSBC World Sevens Series in Dubai, taking place Dec 1-3.

Among the athletes on the Women’s side is veteran Canada Sevens player Nakisa Levale (Abbotsford, BC) and newcomer Shalaya Valenzuela (Abbotsford, BC) who will gain her first international game experience after two years in Rugby Canada’s Maple Leaf Academy and member of the BC Bears U23 team this past Summer. Also named to the roster are the University of Victoria’s Krissy Scurfield (Canmore, AB) and Renee Gonzalez (Toronto, ON), the University of British Columbia’s Florence Symonds (Hong Kong), and Westshore RFC’s Fancy Bermudez (Edmonton, AB).

On the Men’s side, Anton Ngongo (Victoria, BC), Jake Thiel (Victoria, BC), Phil Berna (Vancouver, BC) and Lockie Kratz (Victoria, BC) will use their extensive experience playing on the Canada Men’s Sevens Team in the HSBC World Rugby Sevens circuit to guide this Team toward success. Joining them on the roster is Pacific Pride’s D’Shawn Bowen (Toronto, ON) and Matthew Oworu (Calgary, AB), and Castaway Wanderers’ Josiah Morra (Toronto, ON).

“It’s exciting to be back competing with this group and kicking off the 2023 World Series in Dubai. This will be his first HSBC World Rugby Sevens Series stop since being confirmed as the full-time Head Coach of Canada’s Senior Women’s Sevens team in August. Last season it was about creating stability and depth. We had a number of big performances, but this year we want to build on that with consistently challenging in the knockout rounds.” Canada Senior Women’s Sevens Head Coach Jack Hanratty

Canada’s Men’s Team has been drawn into Pool D alongside the United States, Samoa and Japan, and will start their Tournament with a match against the United States on Friday December 2 at 1:06 am ET.

“Our team is looking forward to utilizing our learnings from Hong Kong and finding a more consistent performance over the next two legs. It is an honor to be given the opportunity to lead and develop this team in our back-to-back stops in Dubai and Cape Town. The approach is to continue to prepare the players for the challenges they face and grow as a group each time we come together, on or off the pitch.” Canada Senior Men’s Sevens Assistant Head Coach Sean White

The Tournament, which is the first of four consecutive men’s and women’s combined stops, will kick off the 2023 Sevens season. 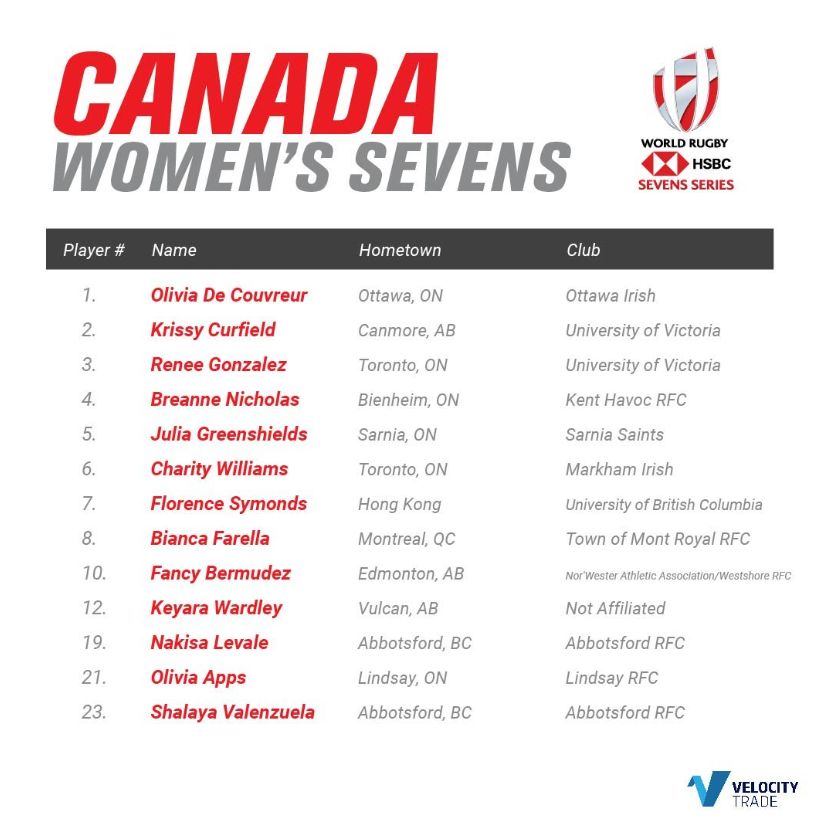 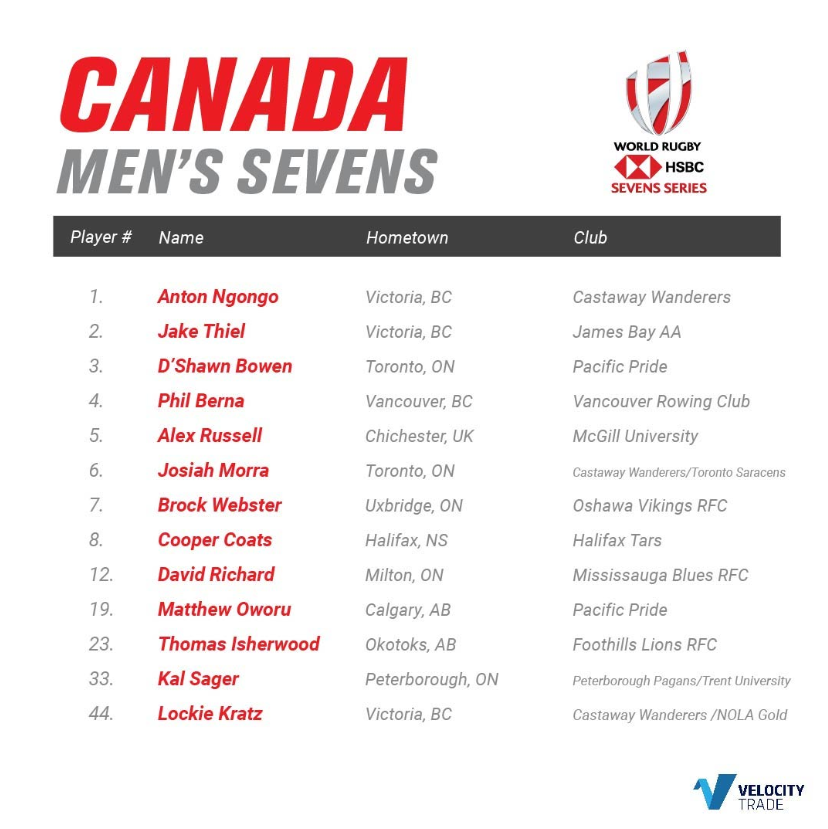 For the most up to date information on the HSBC World Rugby Sevens Series and live coverage, visit the official website world.rugby/sevens-series. There you will find details regarding the event format, schedule, and the latest news.

Broadcast coverage of the HSBC World Rugby Sevens Series will be available in Canada via CBC. All events are available to live stream via cbcsports.ca, the CBC Sports app, and the free CBC Gem streaming service.