Vikes, Thunderbirds close out 2021 USPORTS Championships on a high

University of Victoria Vikings and UBC Thunderbirds both finished on a high as the 2021 USPORTS National Championships came to a close in Kingston, Ontario.

The Vikes dropped 32-26 to Laval University in the bronze-medal match to close out the season. Vikes previously fell 17-14 to the University of Ottawa in the championship semifinal, following a penalty goal in the final minute of double overtime.

After the defeat to Laval, the Vikes team was presented with the R.W. Pugh Fair Play Award, a recognition given annually to the team or player that best exhibits the standards of fair play throughout the USPORTS National Championship tournament. 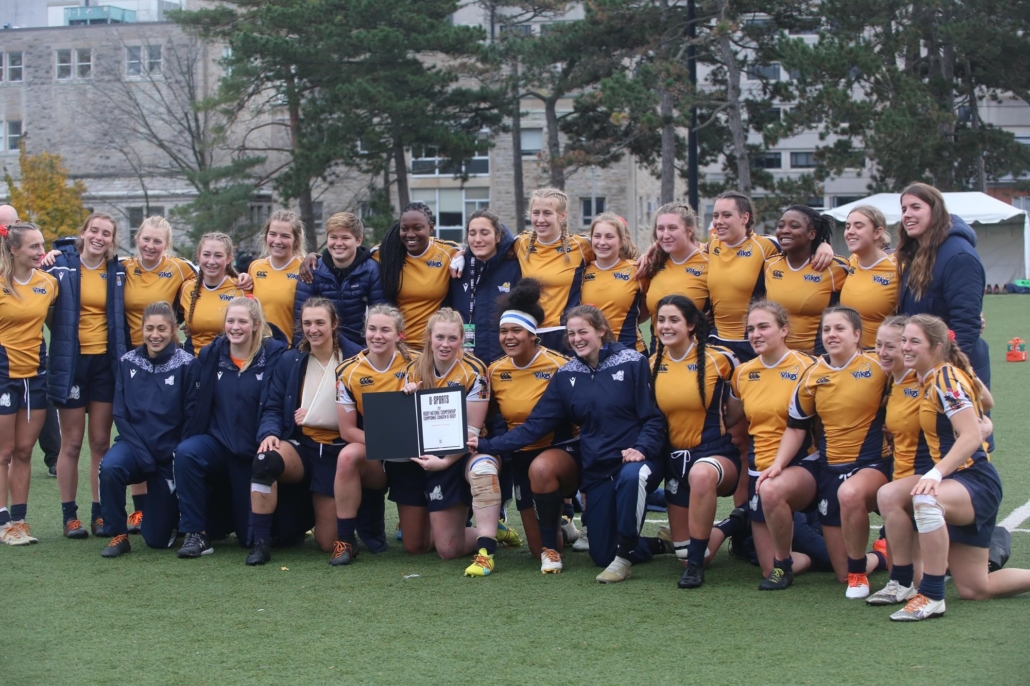 UBC Thunderbirds finished strongly as they cruised to victory over Guelph Gryphons in the Consolation Final.

Thunderbirds dominated Guelph in a 57-19 win that ensured a fifth-place finish for Dean Murten’s side, with an overall regular and post-season record of 9-1.

In their Consolation semifinal, UBC saw off the Acadia Axewomen 64-17 thanks to an impressive hat trick and seven converts from Savannah Bauder.

In the 2021 Gold Medal Game, Victoria’s Sophie de Goede gave a championship performance to inspire Queen’s Gael to their first USPORT Women’s Rugby title with a 26-18 win over the Ottawa Gee-Gees.

Captain de Goede scored a try, three penalties and a convert to lead Queen’s to their first Monilex Trophy in front of a home crowd. De Goede, who was named the 2021 USPORTS Women’s Rugby Player of the Year, also received Championship MVP status.

The Gold Medal match was refereed by BC’s Shanda Assmus. 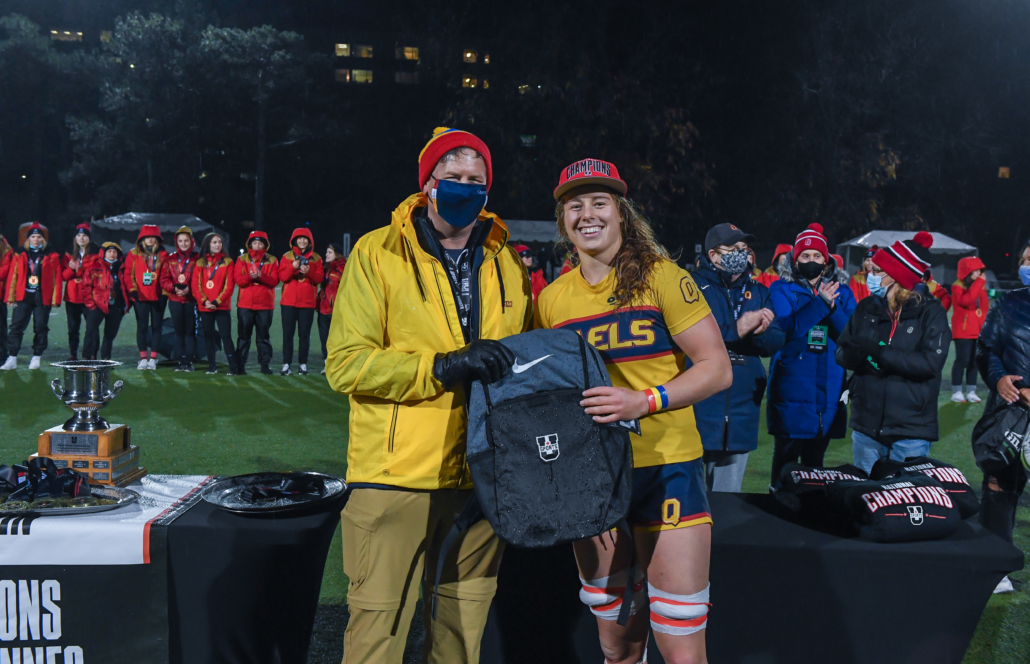